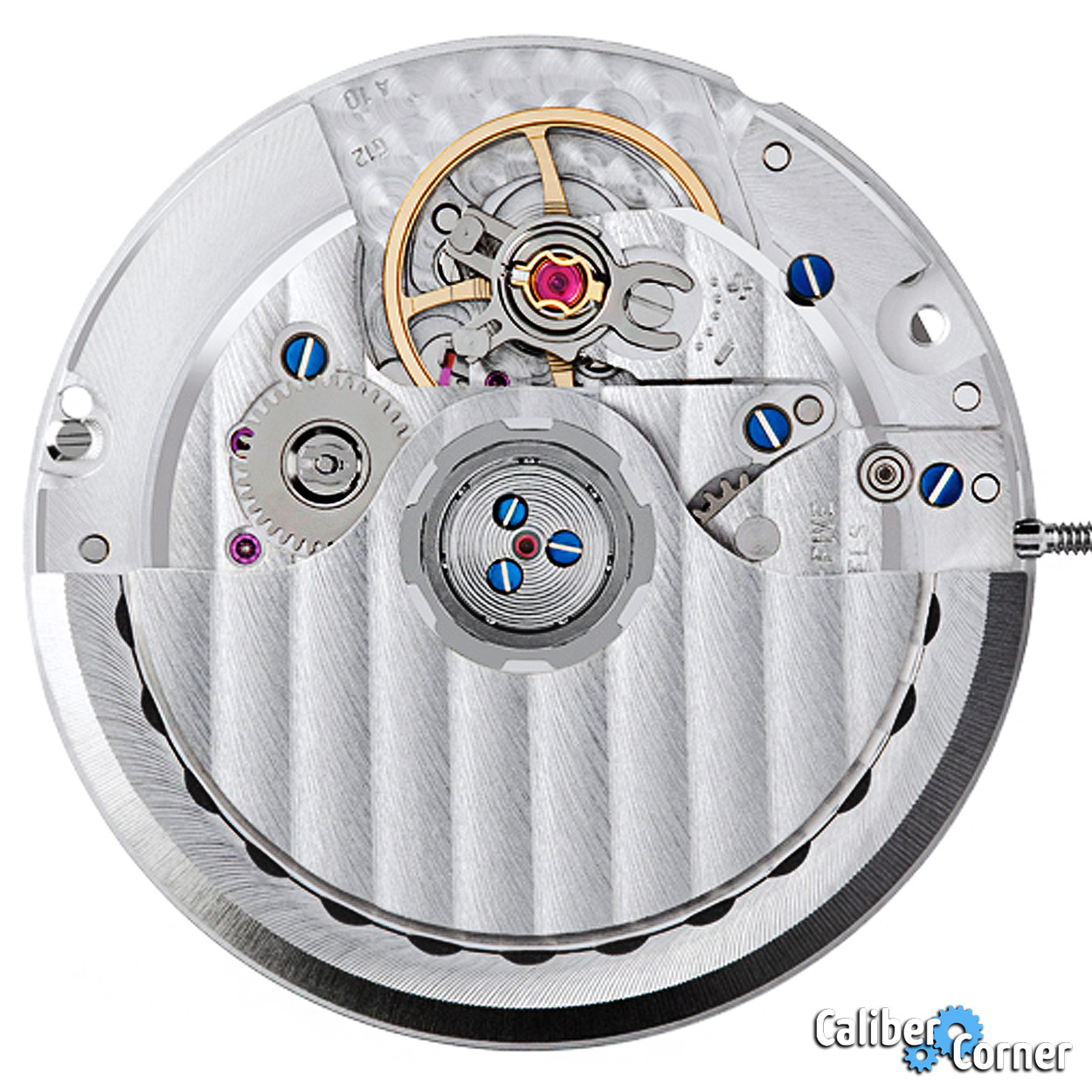 The Soprod caliber A10 is a Swiss made automatic movement that has been produced since 2004. Soprod is a division of the Festina Group. Although often referred to as the A10 (and often incorrectly as A-10), the full caliber designation is “SOP Alternance 10” and the current official caliber number is “SOP A10-2”. The Soprod A10 is now known as the Soprod caliber M100.

As we’ve seen with the Sellita SW200-1 and ETA 2824-2, hyphenated calibers often represent evolution or upgrades in a movement. Soprod has the A10 and A10-2, but what changed? We have not been able to confirm the exact differences between them. There is speculation about the escapement – that Seiko may have provided the escapements for the original A10, and now they are provided by Festina’s own mhvj (see below). While this is possible, it is also unconfirmed.

The Soprod A10 is considered to be based on the Seiko caliber 4L family (caliber 4L25/4L75) found in higher end Seiko watches, including the Credor line. In fact, popular speculation is that the 4L/A10 connection stems from a licensing agreement between Seiko/Soprod. This “license deal” is unconfirmed. A high quality image of the 4L25 is still needed to make a side-by-side comparison. 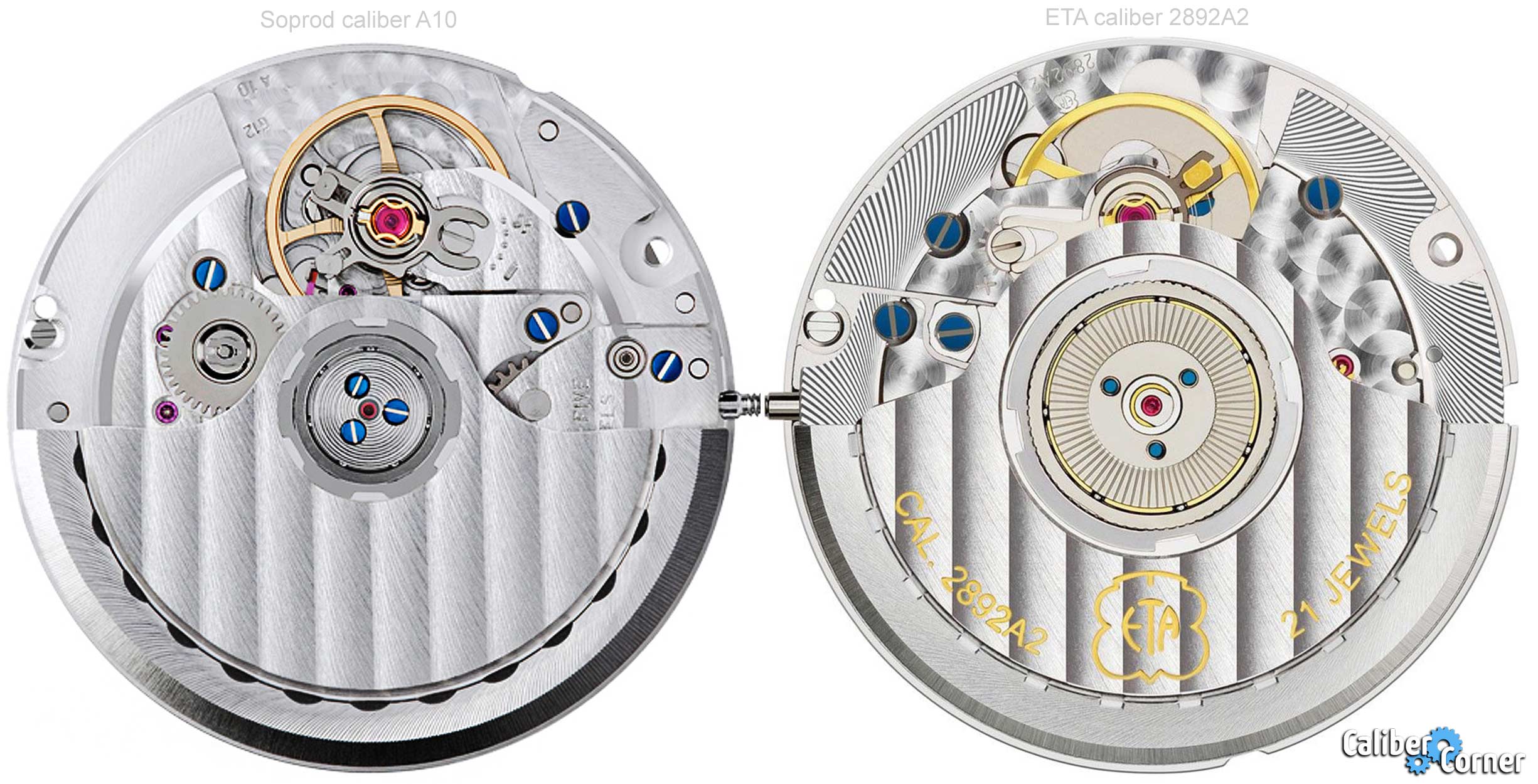 Three variations of the A10:

The Soprod A10 serves as the base for other Soprod calibers with various complication modules available, but the main A10 caliber has three versions. All three share general specs: same dimensions, 25 jewels, 28,800, etc. 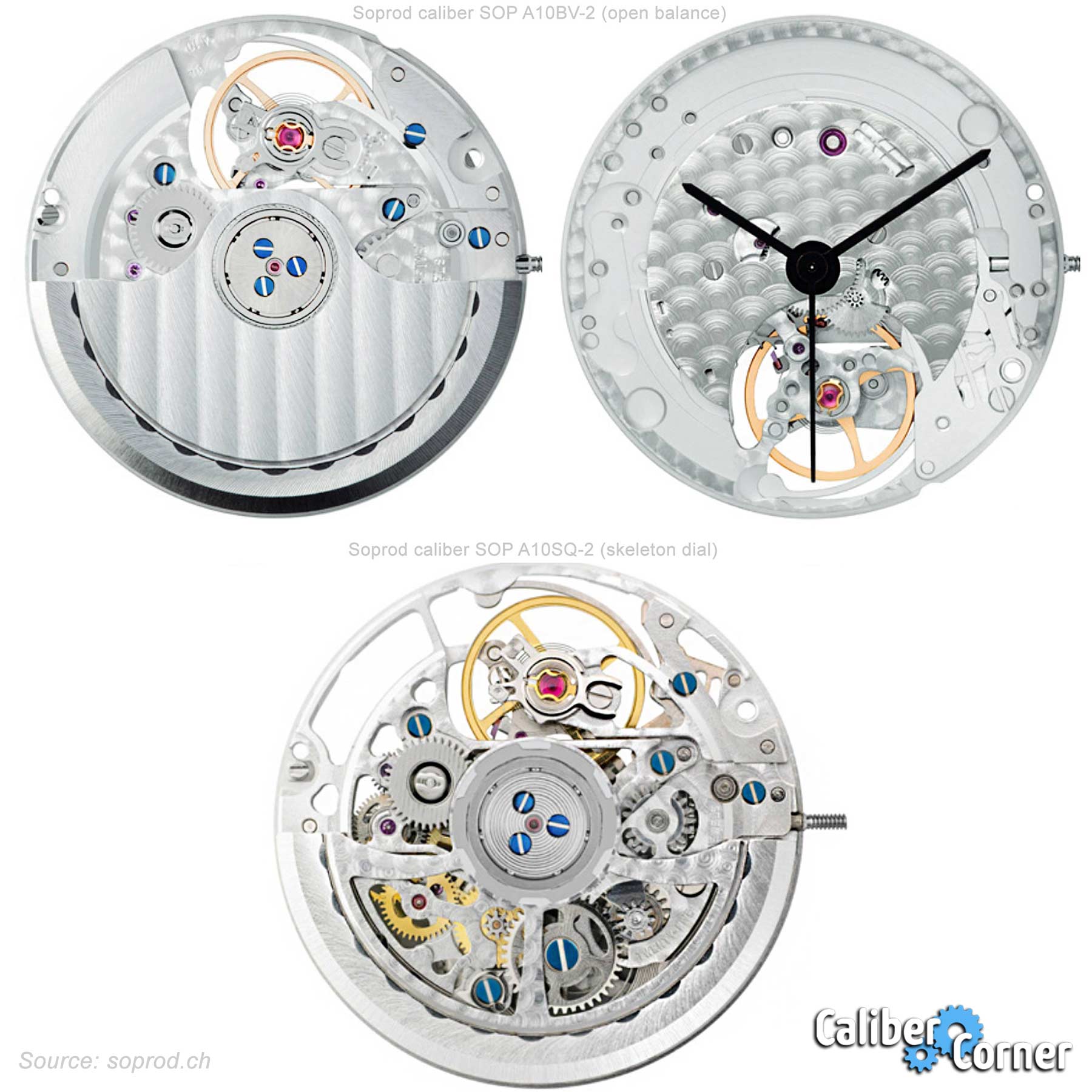 A10 Options from Soprod:

As mentioned above, there are three main finishes available from Soprod. Pictured below from left to right: Circular grain, Geneva stripes, circular stripes.

Soprod states that the A10 is tested in 5 positions at the factory. The claimed accuracy is an average of +/-4 seconds per day, with a maximum deviation of 15 seconds per day.

Along with Soprod, Manufacture Horlogère Vallée de Joux aka mhvj (officially written in lowercase letters) is also a division of Festina Group. mhvj was established after Jean-Daniel Dubois sold his company Dubois Technique Horlogère S.A. to Festina Group. Side note: Dubois then served as CEO of Vaucher Manufacture Fleurier (VMF) for a period of time.

The A10 has been using the mhvj escapement since at least 2/2012 based on official Soprod document dates.

“Soprod entrusted mhvj, a society member of the Festina industrial Group, with the development of a Swiss made escapement for its A10-2 movement. Indeed, thanks to cutting-edge techniques and knowledge accumulated through watchmaking’s legacy of experience, mhvj offers a range of industrialized standard escapements, specialties such as the StruTec® and Diamaze diamond-coated silicon.” -Soprod

Video: mhvj’s use of robotic watchmaking

Festina Group which also owns Perrelet (since 2004), put out a press release in 2012 about the use of the caliber A10 in Perrelet watches, referring to it as a 100% manfacture-made movement and using the term in-house. The Perrelet caliber Alternance A10 is apparently no longer featured on their site, and like the Soprod A10 being renamed as the M100, it appears that Perrelet now uses P-321 and P-331 to designate these calibers (which still seem to use the same architecture of the base Soprod A10). 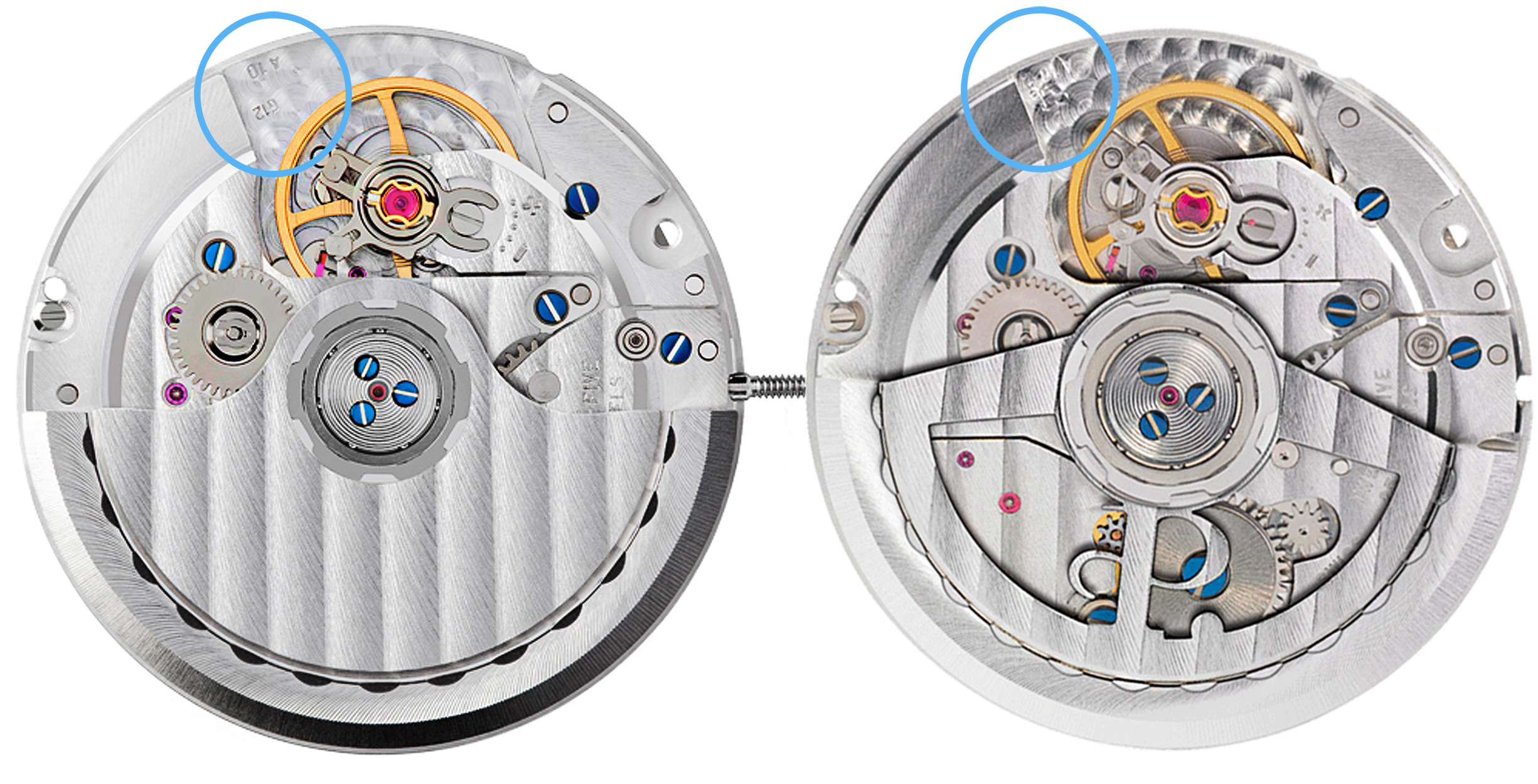 If you know of a watch brand using the Soprod A10, please list it below.

An interesting observation, and maybe there will be more on this later: Some of the models listed in the chart above used the Soprod A10 (M100) at some point in production, but at the time of this post, some have stopped using Soprods and started using ETA 2892 or Sellita SW300-1 movements instead (Sinn and Steinhart for example).  A quick search of “Soprod” on Sinn’s official site leads to no matches found.

“I am sad to confirm that Steinhart has decided to part ways with Soprod for their Premium line of wrist watches. Today I got off the phone with Steinhart support, they confirmed what I was fearing seeing the Ocean One Titanium and Blue getting their movement replaced from the Soprod a10-2 Top with the ETA 2892 A2-Top. Now I have nothing against the ETA2892 A2-Top grade (IMHO it’s the best mass produced ETA movement to date!)and I own several of these, but I am kind of sad to see Soprod leaving the Steinhart line up, as I believe the Soprod a10 to be a technically a more modern and robust alternative to the 2892, being a hybrid between the venerable Seiko 4L25 and the improvements Soprod made to this design I felt this was the best of both worlds…

Now many of you might be bewildered by this move, just as I was. But after squeezing some info out of Steinhart Support staff, it seems that Steinhart did not feel comfortable dealing with repair/servicing of their Soprod lineup,being as Soprod is pretty niche, and ETA having such a huge presence in the mechanical watch world, with spare parts being easily obtainable (for now,curse you tyrant Swatch!), and ETA is most likely able to undercut Soprod. The move back to ETA for the Premium lineup was perhaps inevitable?” –source

The VAER pacific and other dive models!

7
Don’t let the ETA stamp fool you. This G10 quartz movement is total unserviceable welded ...
6
I think that my Breitling Colt GMT has this movement. The GMT hand is out ...
5
Are Fredrique Constant watches any good? I like the looks but I want to hear ...
5
I wish more brands would use this movement. So far I can’t find any, even ...
4
How Swiss is this really? Like Swiss Swiss or China Swiss?