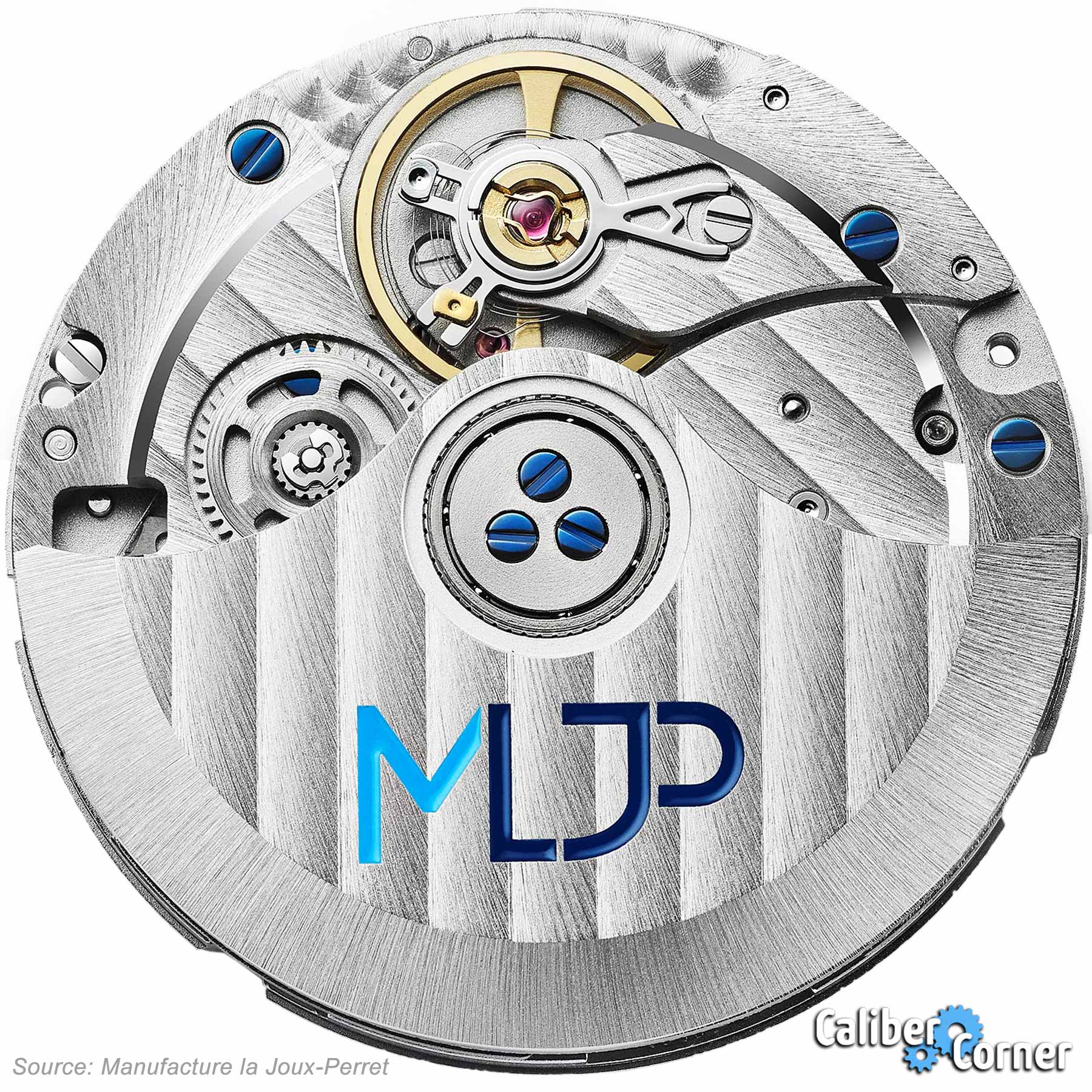 The La Joux-Perret caliber LJP-G100 is a Swiss made automatic 3-hander movement with 24 jewels, beating at 28,800 vph.

“In this, very special year 2020, MLJP’s two standards – the G100 and L100 movements – have been revised. The products just launched by La Joux-Perret are not only more cost-effective, but also feature an increased power reserve. MLJP responds to existing market needs in a coherent manner with its latest developments.” –source

Other similarities between the 9015 and G100 are: both have a jewel count of 24, both have the same 3 screw ball-bearing rotor design, both appear to have a very similar design overall.

What MLJP says about 2824-2 compatibility:

“The G100 automatic movement has been entirely developed to meet tomorrow’s standards. With a diameter of 25.6 mm, it aims to be traditional and aligned with the most common size in mechanical watchmaking, this guaranteeing a total compatibility with the casings of the 2824, the best selling Swiss movement in the world.” -source

When reading this quote from MLJP’s marketing materials, keep in mind that there is more to caliber compatibility than the overall diameter of the movement. Other factors to take into consideration are the overall height of the movement, the position of the stem and whether or not it will match the placement of the casetube, and dial feel locations. While they didn’t go deep enough into technicalities with the statement above, hopefully their compatibility guarantee also covers those specs.

Note: despite the word “compatible” being thrown around to market this movement, that does not entail parts compatibility.

The main difference performance-wise that MLJP touts about their G100 compared to the ETA 2824-2 is an increase in power reserve.

“Its new power reserve of 68 hours, 80% more than the 2824 or the SW-200, as well as its high-end decorations and complications give this new movement clear advantages.” –source

Similar to how ETA and Sellita offer different grades of movement based on finish, testing and accuracy, MLJP also offers multiple grades. When contrasting low and high grade options, the G100 is available in Standard grade or Soigne. Soigne is the label given to their highest grade.

At the time of this post, Caliber Corner was unable to find USA based watch parts suppliers with the G100 for sale, therefore a confirmed retail price is unavailable. There is a Switzerland based seller on eBay with a new G100 for sale priced at $295 USD. If this is any indication of actual pricing from the manufacturer, then it is not priced competitively against the SW200-1, although it may be worth it for your project if you desire the ability to offer a longer power reserve.

With the comparison made to the 9015 above, maybe it is better to approach this as Swiss version of the 9015 rather than a replacement for the 2824-2. If so, then you have to ask yourself if the price difference is worth it.

MJLP is based in La Chaux-de-Fonds, Switzerland. It is owned by Citizen Watch Group (Japan) as of April 2012 via acquisition of Prothor Holding SA.

The G100 is constantly being compared to the ETA 2824-2 an Sellita SW200-1 due to being Swiss made and of similar dimensions, but is it more accurate to call it a Swiss 9015? So far, it looks like only 2 microbrands are advertising this caliber, with the Zelos retailing below $1,000, so maybe the unit price is actually more affordable than the movement price quotes above.