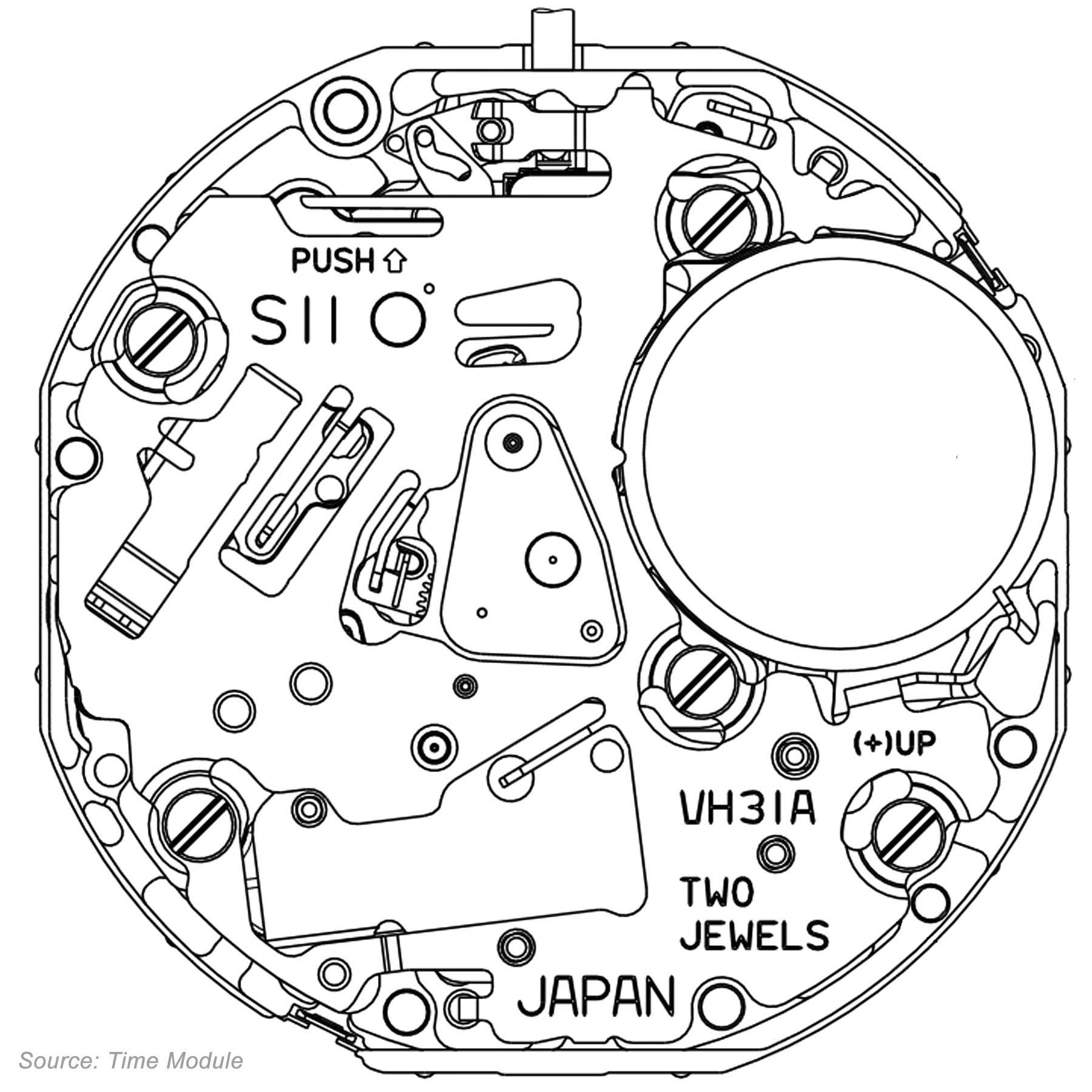 The Seiko Instruments (SII) caliber VH31 is part of the VH family of hybrid mechanical quartz (mechaquartz) movements that Seiko refers to as their Sweep Second Quartz Series. It is a true no-date 3-hander with 2 jewels, made in Japan.

When was the VH31A introduced?

Official technical documentation for the VH31A was found dated as far back as August 2016.

What is the difference between VH31 and VH31A? Nothing. VH31 is the base caliber designation and the trailing letter is an evolution or upgrade indicator, A being the first version produced. At the time of this post, there is not a VH31B and may never be one if Seiko does not feel the need to change anything.

As a mecaquartz type of movement, the second hand on the VH31 has a rather smooth sweeping motion, unlike most quartz watches that impulse with a ticking motion. The seconds on a VH31 sweep at 4 beats per second (2Hz) which is slower than a typical automatic (for example the NH35A beats 6 times per second), but much smoother than a regular 1 beat per second quartz.

How TMI describes it:

Seiko/Time Module states that the expected accuracy of this calibre is +/- 15 seconds per month at normal operating temperatures of -5C to + 50C (23F – 122F). There is no way to regulate or adjust this movement.

To change the battery, use your tool to gently hold the retaining tab to the side, allowing the battery to pop up. 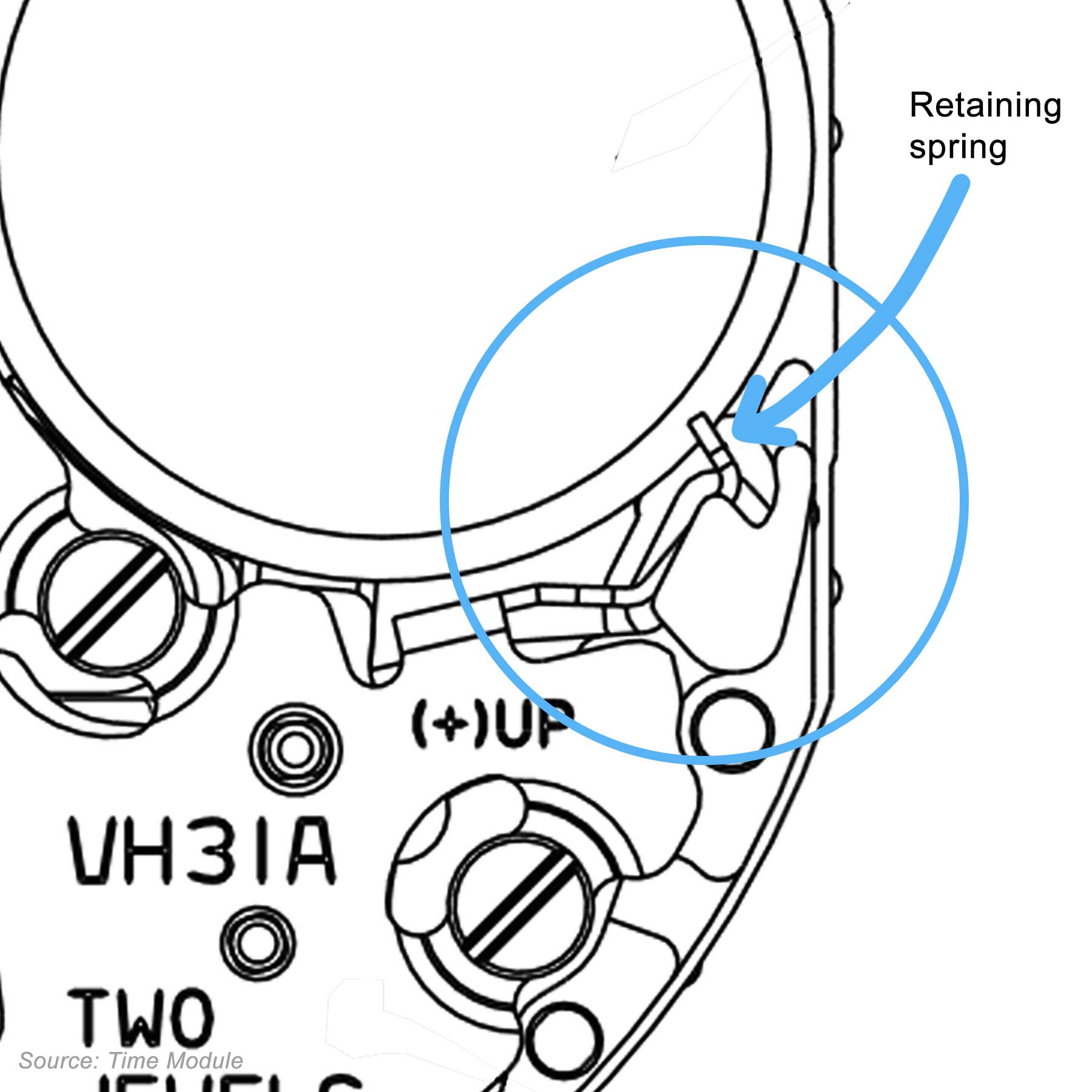 At the time of this post, replacement prices for this movement were found online in the range of $7.95 to $14.95.

You might find this caliber VH31 listed as being produced by SII aka TMI (Time Module Inc) aka Seiko Instruments Inc. Some are signed SII and others are signed TMI. Learn more about the different names here.

Video of the seconds hand:

Here is a short dial side video to show the smooth sweeping seconds on the VH31. At a quick glance you’d think it was an auto with a stuttering seconds hand!