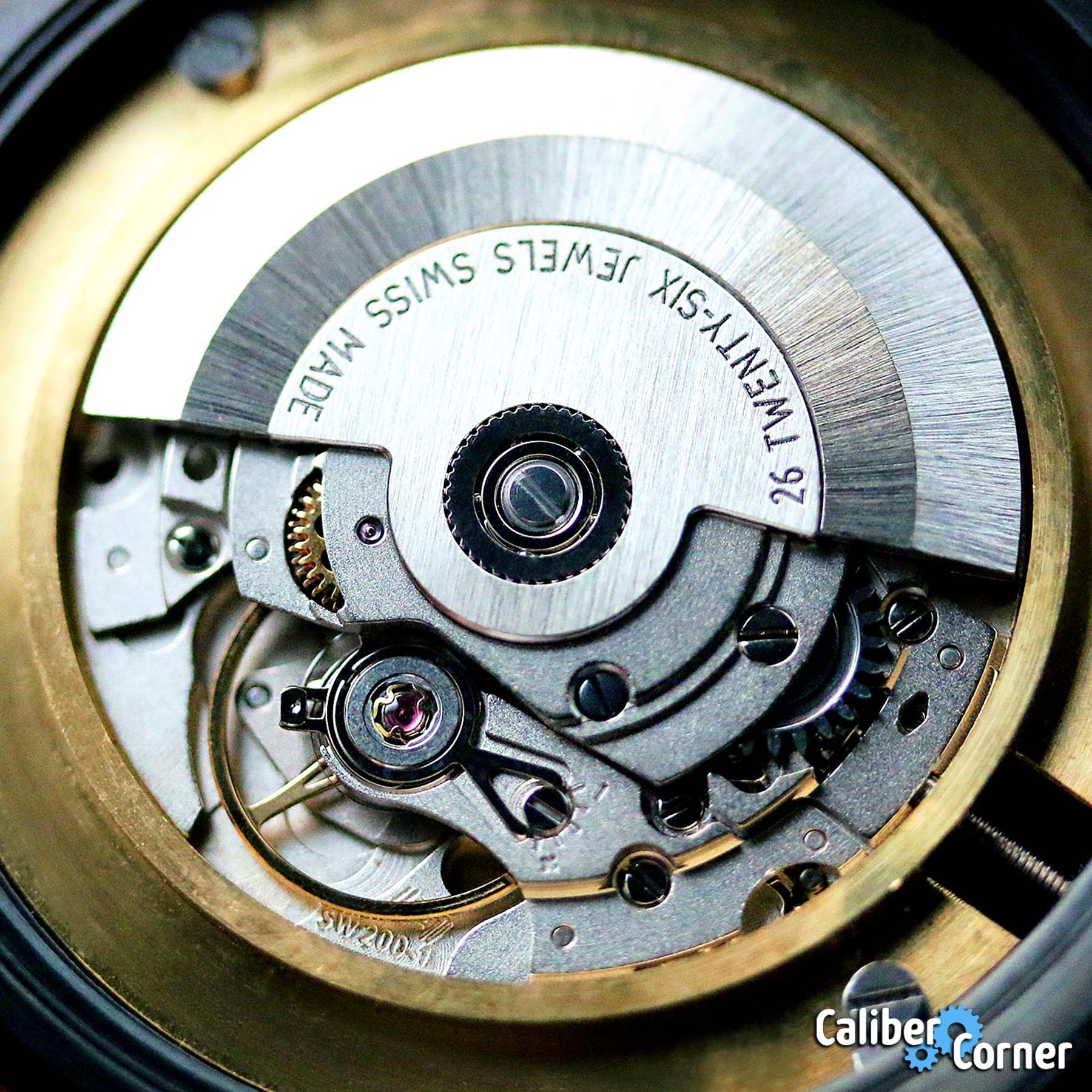 Many reputable watch companies are using this movement as an alternative to the ETA mechanism due to it being more economical and readily available.

You may have seen this movement written as the SW 200-1 but according to Sellita, the correct way to spell this caliber number is SW200-1 without a space or hyphen.

This page explains more about how Sellita grades their movements and the differences between them.

Under the balance wheel, near the caliber number engraving, you may have seen what looks to be a laser etched code containing DM and XYZ.

As for the date part of the code, new movements produced in 2018 look like this:

There is also a code for what Sellita refers to as “Renewed Movements”. The meaning of this still needs to be confirmed, but it appears that this is for movements that were sent back to Sellita for renewal. Perhaps brands are able to buy them at a discount. We still don’t know, but please check your movement for a two digit number starting with 2X. For reference:

Official Sellita documentation states that the crown should be in the time setting position before being extracted. Use a 1mm screw-driver, avoid using tweezers or any other tool with a point because this could jam the setting lever and damage the setting lever spring.

The primary reason behind the evolution from SW200 to SW200-1 was to fix an issue with the teeth of the ratchet wheel breaking off, perhaps while hand-winding the movement. There are skeptics who question whether these problematic parts are a direct result of hand-winding, but as with many topics in the watch community, it is a topic that is debated between those who have experienced the issue (or repaired the issue) and those who have not. Likewise, experiences with the ETA 2824-2 having similar issues is also split with some saying they have experienced it, and others pointing to how ETA holds a patent for a ratchet wheel that is less prone to teeth stripping by design.

Regardless, the ratchet wheel teeth issue that was supposed to be remedied in the original SW200 is still experienced in the SW200-1. This isn’t to say one should avoid the SW200-1, but it is advisable to avoid aggressively or excessively hand-winding your SW200-1 watches as much as possible. Aggressive or excessive force is subjective, but what is generally not as subjective is the function of the automatic winding unit, which delivers a more consistent and regulated dose of energy to the ratchet wheel. Hence, the suggestion to minimize manual (and unregulated) winding of the SW200-1.

The gold tone ratchet wheel with 63 teeth is located above the mainspring barrel. This wheel is attached to the barrel’s arbor via a single screw. It is responsible for transferring energy to wind/coil the mainspring. The energy is stored (power reserve) and released (time keeping). The stored energy is a result of either manually winding the movement via the crown, or from the spinning of the rotor on the automatic wind unit.

How to diagnose a broken ratchet wheel?

The easiest way to tell that teeth have been sheared or stripped from the ratchet wheel is by visually examining it. You may also feeling of slipping when manually winding the movement. Additionally, the watch will have dramatic loss of power reserve because of not being able to transfer full energy to the mainspring.

What to look for:

If your ratchet wheel needs replace and you want to attempt to DIY, the Sellita part number is #415. Below is what the packaging looks like for a genuine part from Sellita.

How much is the part #415 and cost of replacement?

The part itself doesn’t cost much. With shipping included, you can expect to pay between $10-15 USD. For watch parts wholesale accounts, the cost can be as low as $5 and sometimes even less. While the price sounds low for a replacement part, it’s important to remember that it’s not the part itself that makes it a costly repair… it’s the time it takes and service that is involved to do it right. That is because unlike other broken parts in a watch movement, the ratchet wheel teeth can break off and spread throughout other parts of the movement. Sure, you can simply replace the cheap part, but the tiny pieces of metal can get into other areas and cause issues. For that reason, most watchmakers will recommend a complete cleaning and overhaul when repairing a Sellita SW200-1 ratchet wheel.

At the time of this article, replacement prices for the SW200-1 were found online in the range of $189.00 to $199.00 USD. This is for one standard grade movement. Be advised that the prices can fluctuate depending on quantity and grade of the movement ordered. If you have experience with ordering bulk from Sellita, please share in the comments below…

Examples of the Sellita caliber SW200-1:

Below is a Sellita cal. SW200-1 found in this Serket Reef Diver 2.0 microbrand watch. Standard grade with Novodiac anti-shock device and a custom rotor with a scorpion image. 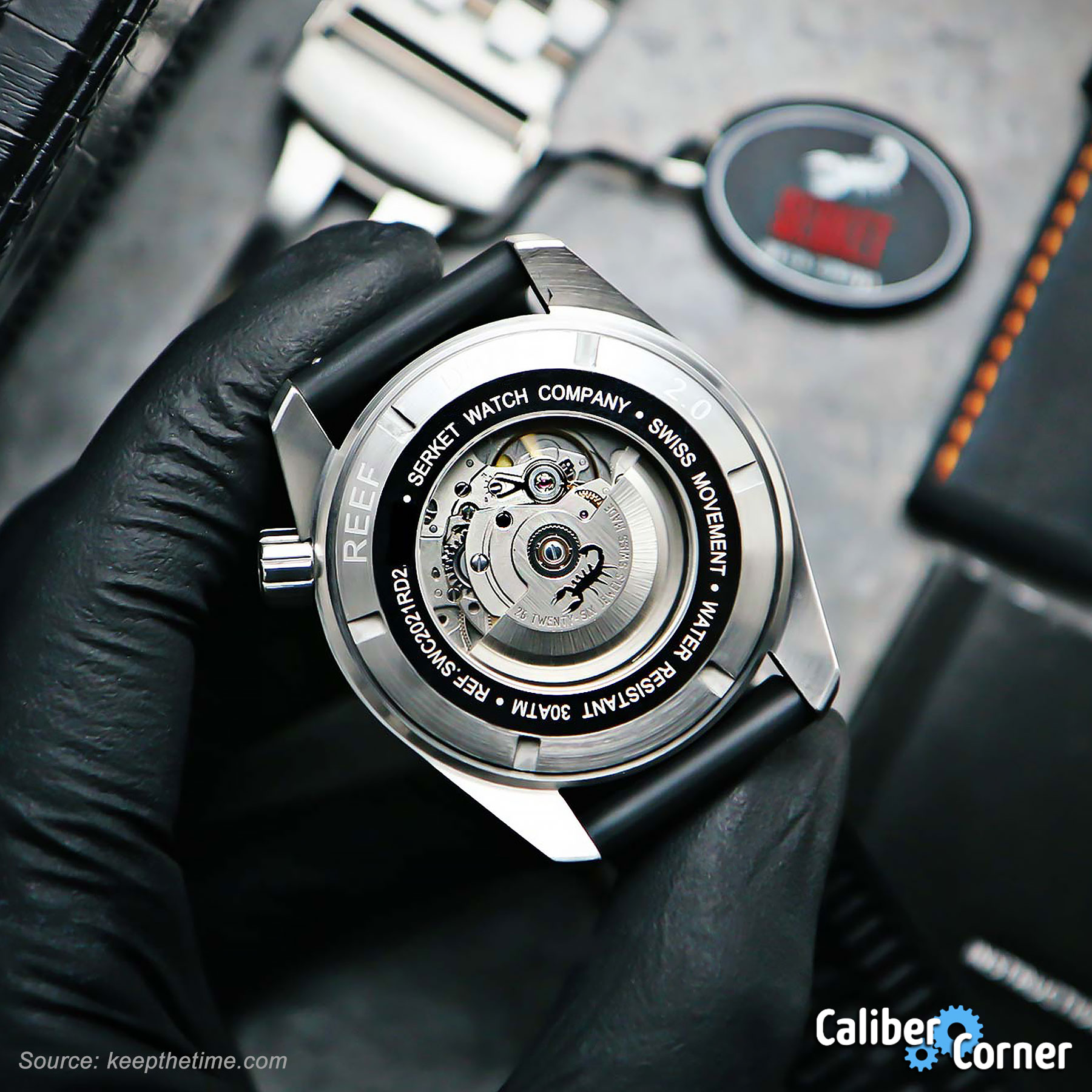 The image below is a chronometer grade (COSC certified) Sellita SW200-1 found in a Formex Essence watch with a custom cut-out rotor. 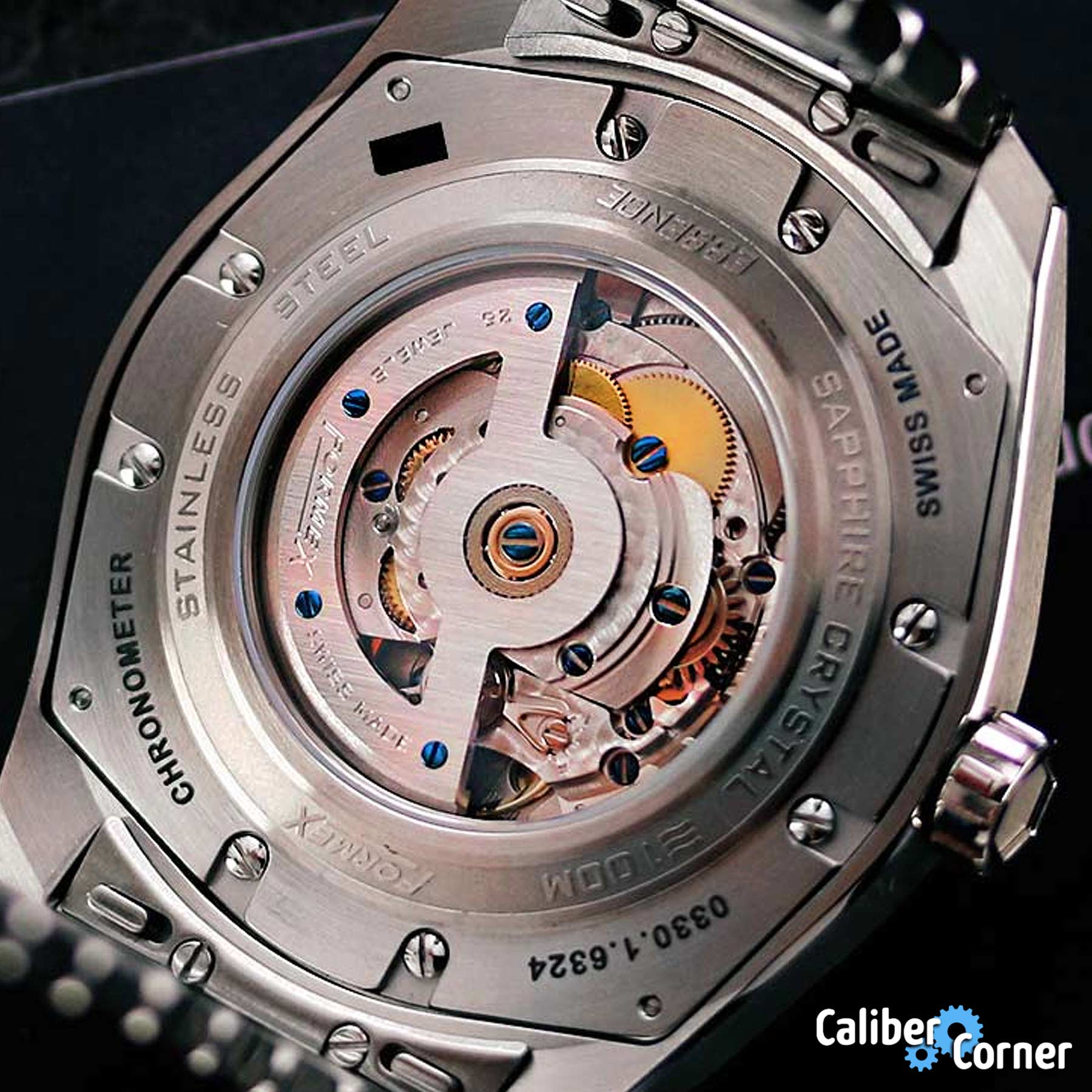 The example below is a Marathon GSAR Large Diver powered by an SW200-1 with Incabloc and a custom rotor. 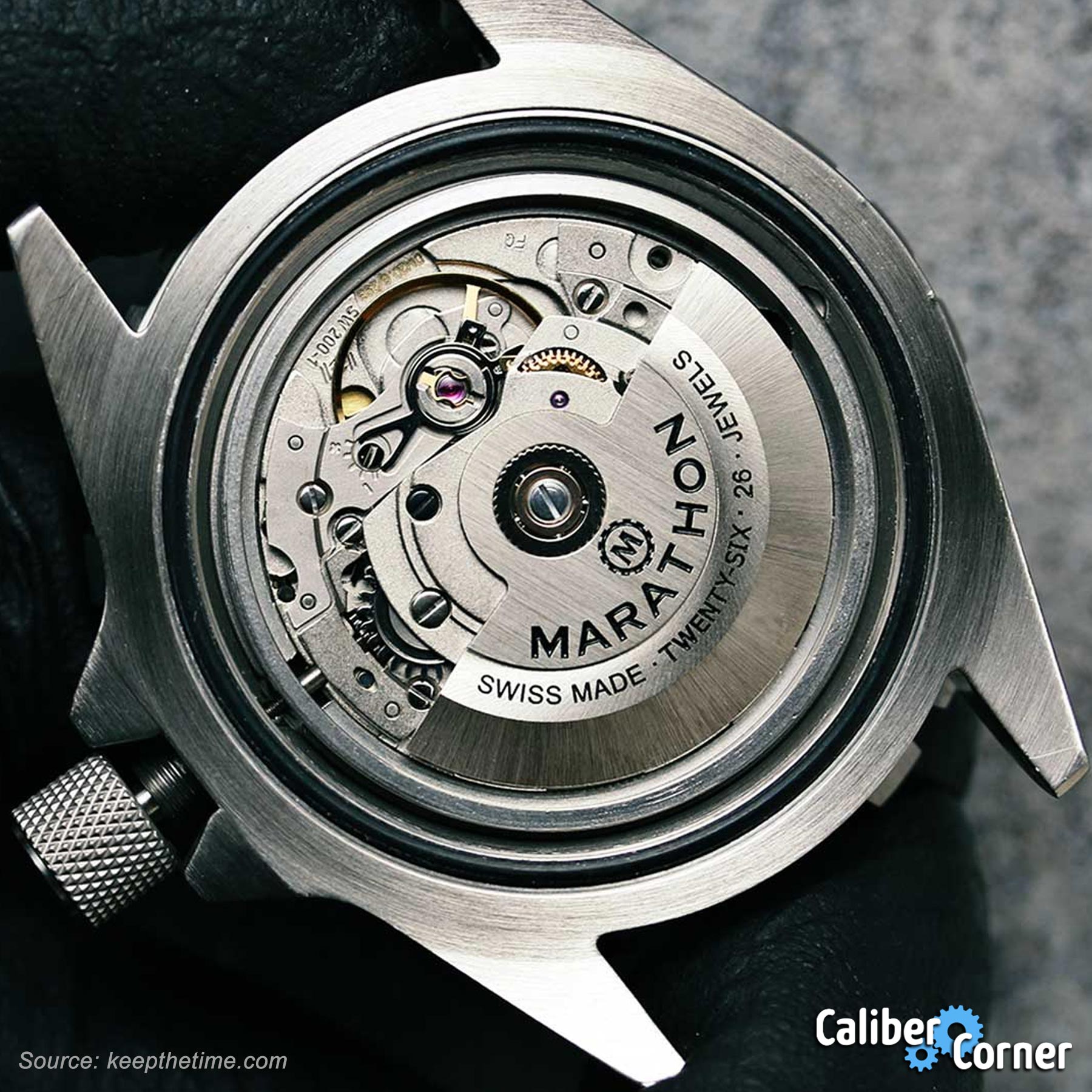 Oris also uses the SW200-1 in some of their models, of course adorned with their signature red rotor. 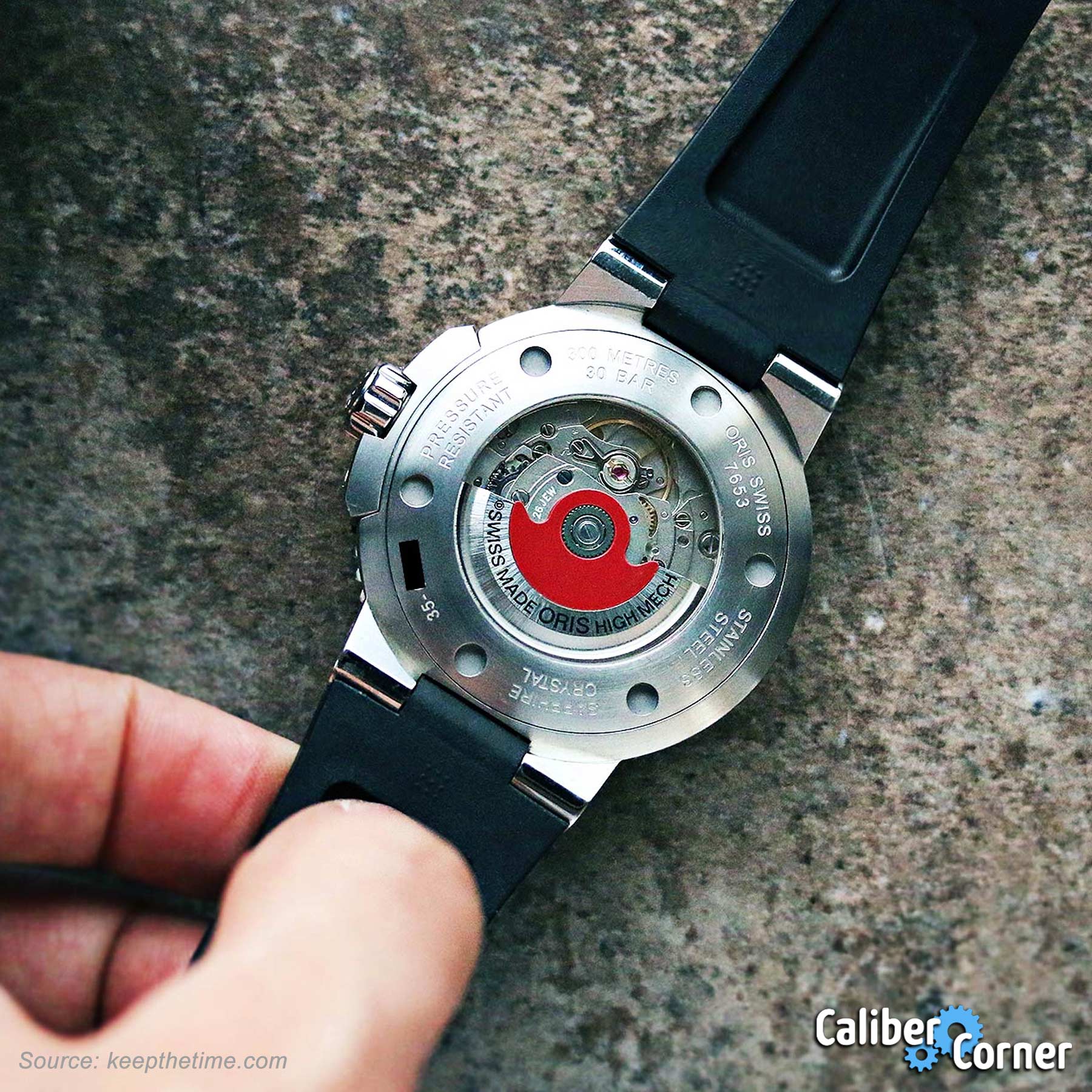 Below is an Invicta Ocean Ghost (model 5015) with a gold tone SW200-1 with an Incabloc shock absorber and a custom rotor. 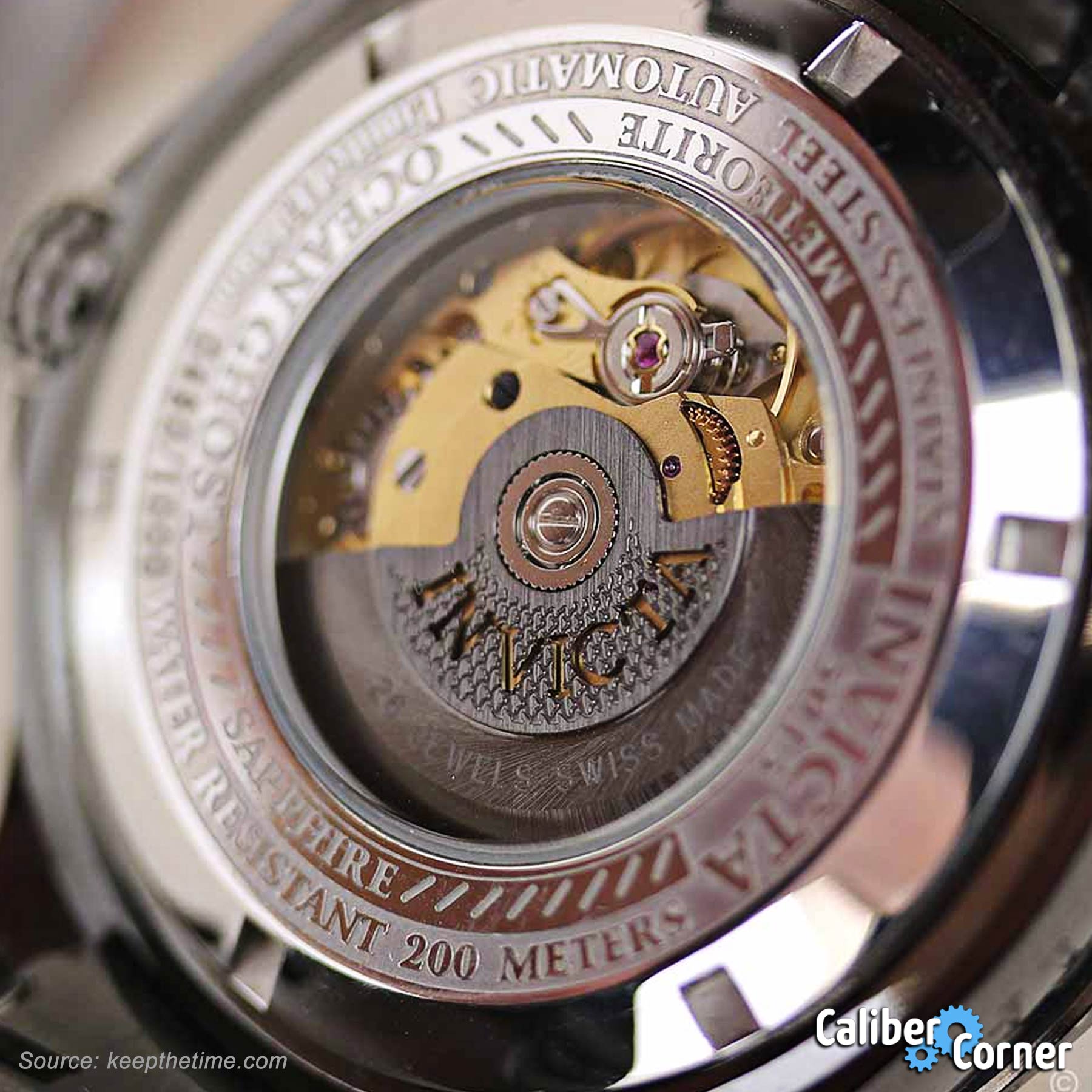 The image below is of a standard grade Sellita caliber SW200-1 with a Novodiac shock absorber. This movement was found in this Pharos Sentinel watch. 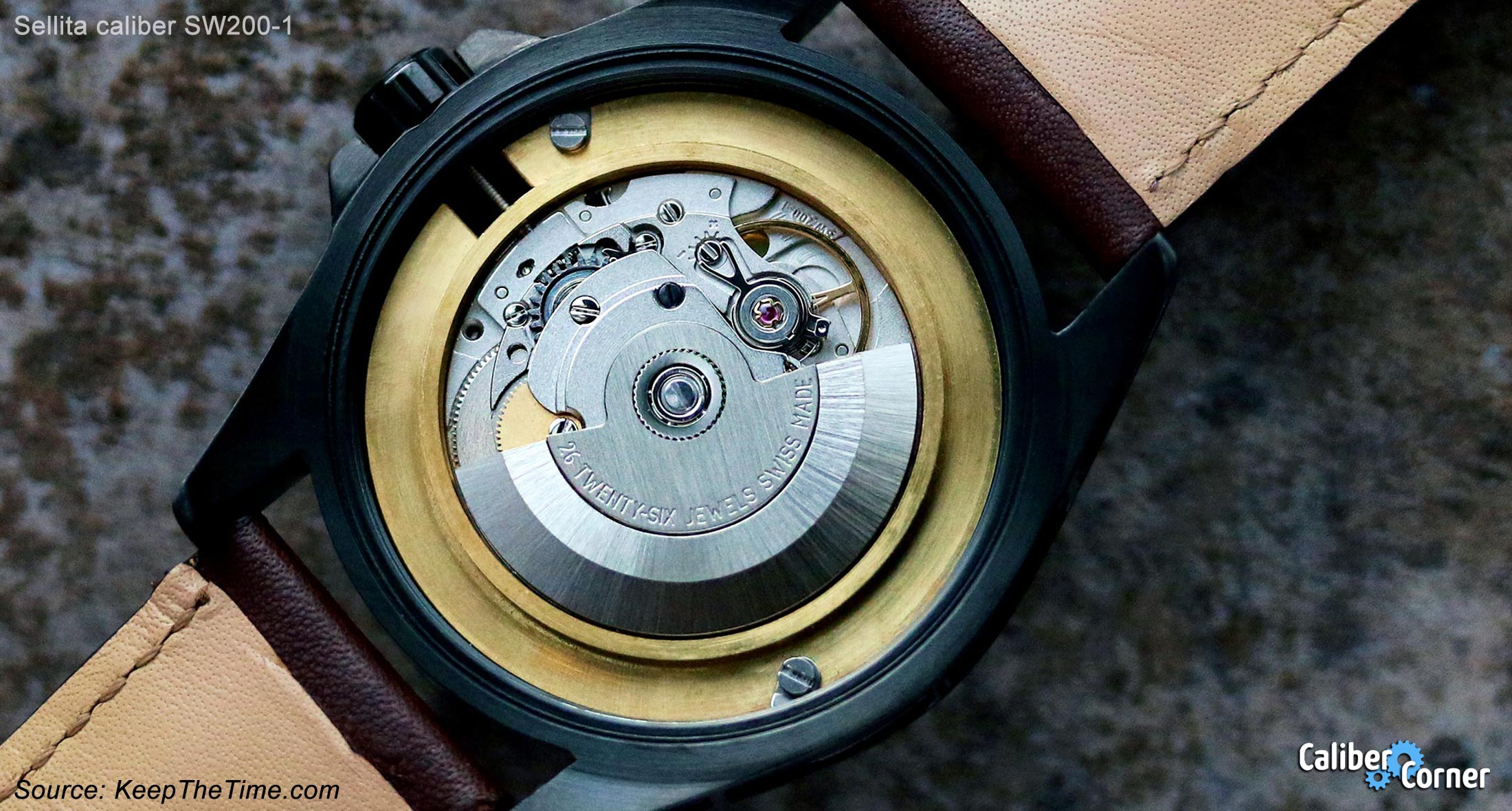 Here is a video of a standard grade Sellita caliber SW200-1 found in a Brew Watches Retromatic.

Watch brands with their own caliber number but using the SW200-1 as the base:

This section will attempt to list the brands marketing their movements as Brand caliber XYZ, where XYZ = SW200-1.