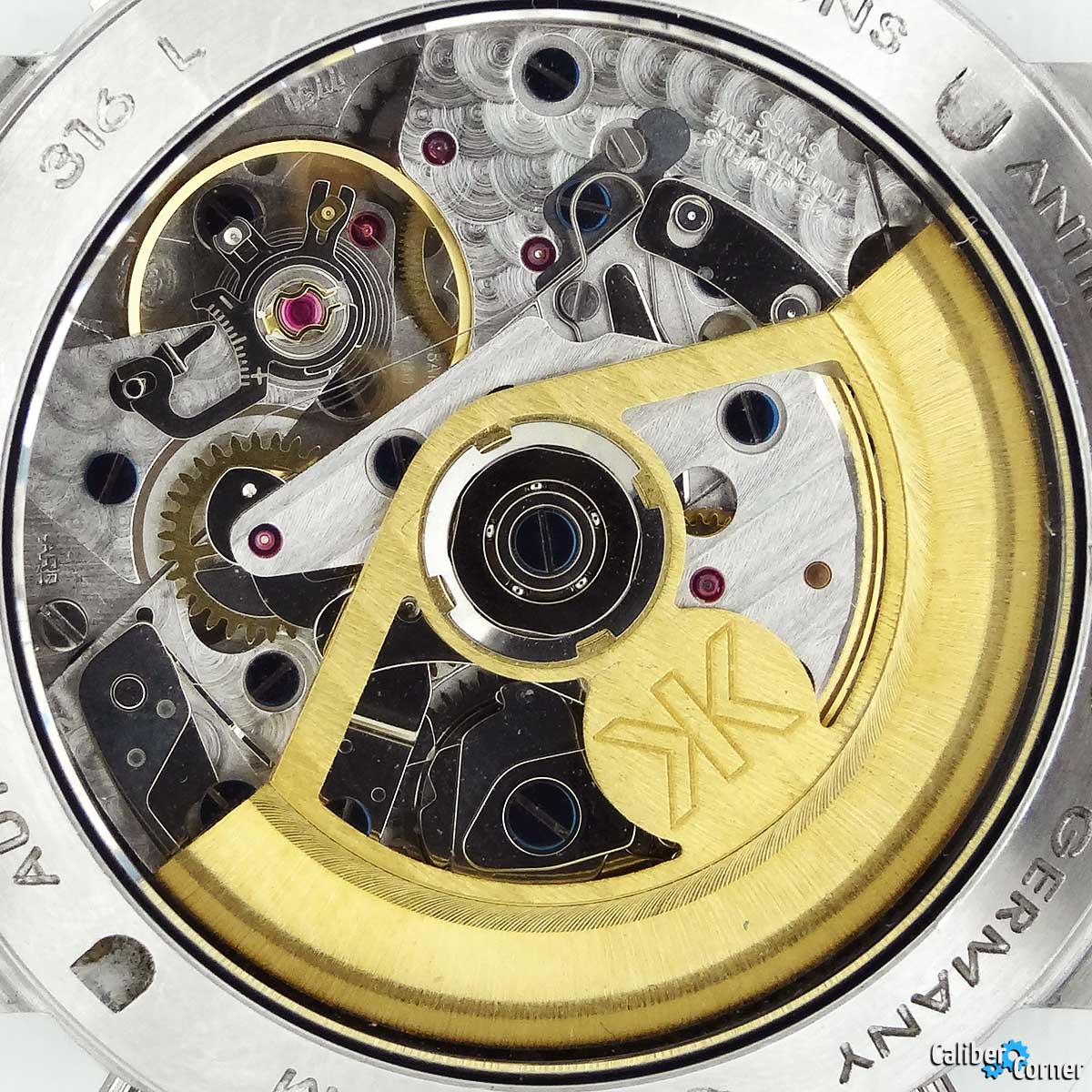 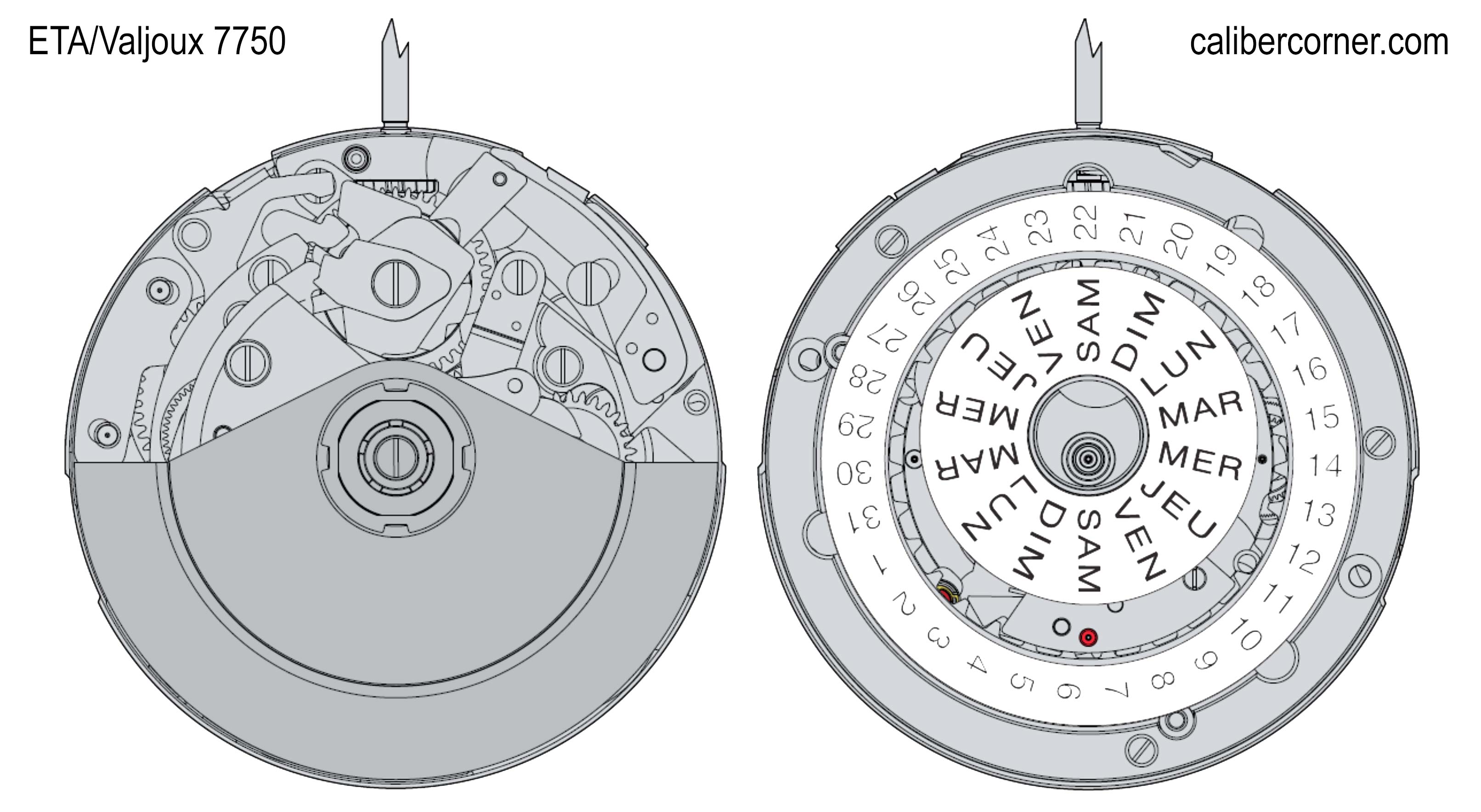 The pictured example of the ETA/Valjoux caliber 7750 is one of the most recognizable and widely used automatic chronograph watch movement. It was based on the manual wind Valjoux caliber 7733, which itself was based on the Venus 188. Today, it is part of the “Mecaline” line of ETA movements. It was officially introduced t0 the watch world around 1973/1974 but after the first run was manufactured, the caliber wasn’t produced again until 1985 (thanks to mechanical timepieces gaining popularity once again). The 7750 was partially designed on a computer – a first for the watch industry.

Valjoux was a movement manufacturer that designed and produced the caliber 7750. Valjoux is now part of ETA. What used to be called the Valjoux 7750 is now called the ETA 7750, unless of course it is an original 7750 that was made by Valjoux before becoming part of ETA.

ETA officially calls it the “ETA 7750” on their tech sheets and drawings. Sometimes ETA also refers to it the “ETA 7750 Valjoux”. On Caliber Corner, we usually refer the these movements as ETA/Valjoux caliber 7750. Some watch brands refuse to call it the ETA 7750 and will list the movement as a Valjoux 7750 in their specs.

Most modern examples of the caliber 7750 will have 25 jewels. The first versions had 17 jewels. There are other versions with 24 jewels.

If you see plastic parts in your caliber 7750 watch movement, do not be alarmed. It does not mean you have a fake watch! The reset lever (stop lever) on the central chronograph wheel is constructed from plastic on many 7750s. Chronoswiss was the first watch company to start using a metal stop lever, which ETA subsequently began using as well. According to ETA, the parts made from plastic should not be cleaned during a service.

Although the caliber 7750 was engineered to have a day/date calendar complication at 3:00, it doesn’t mean your watch will have either one. Some watch companies opt for a cleaner design without the day/date or with just a date.

Since patent protection has expired on caliber 7750, other movement manufacturers have started to make their own version of the 7750. Sellita has the SW500 which is based on the 7750 and some of the Chinese companies are producing Chinese 7750 movements, for example the Shanghai 3LZF2. 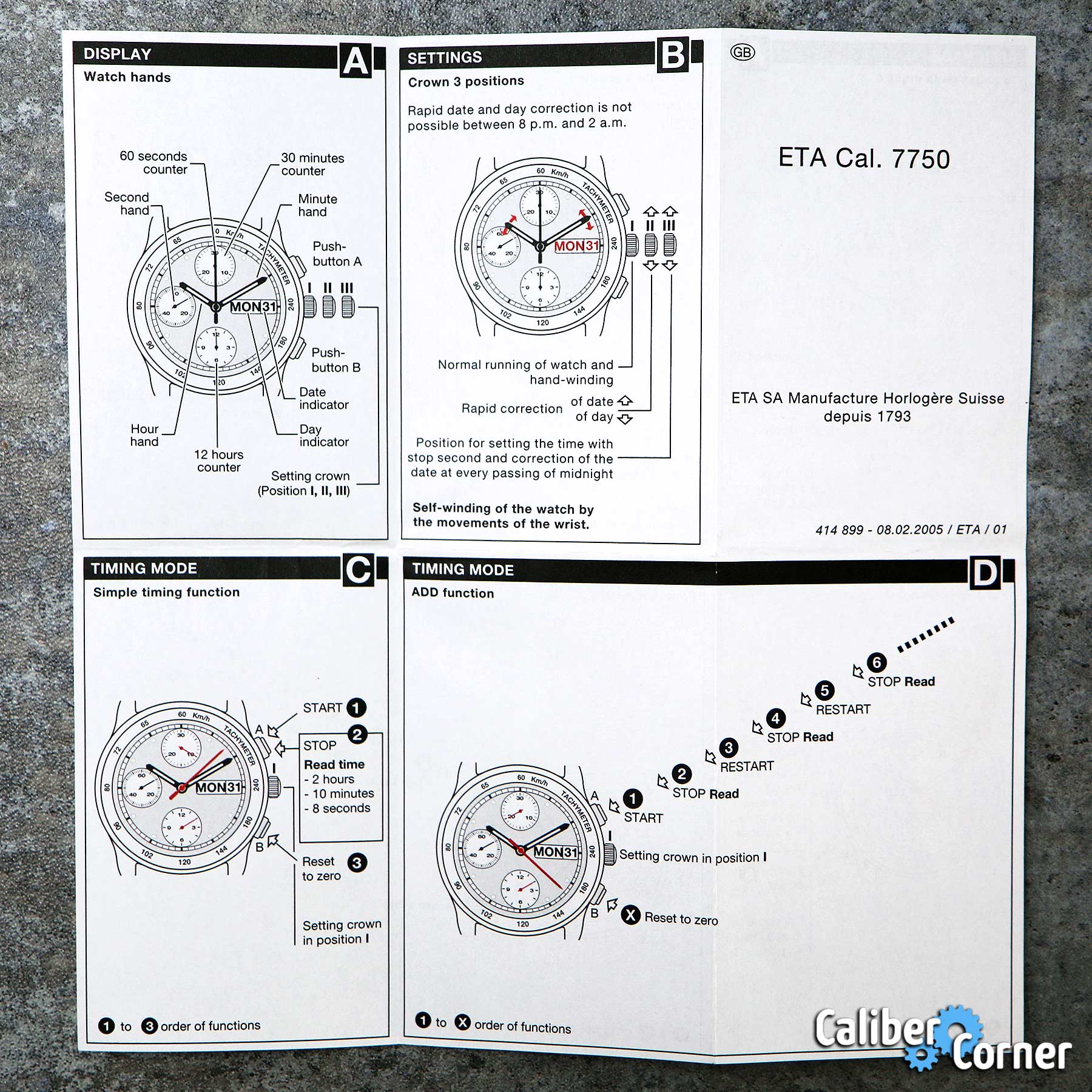 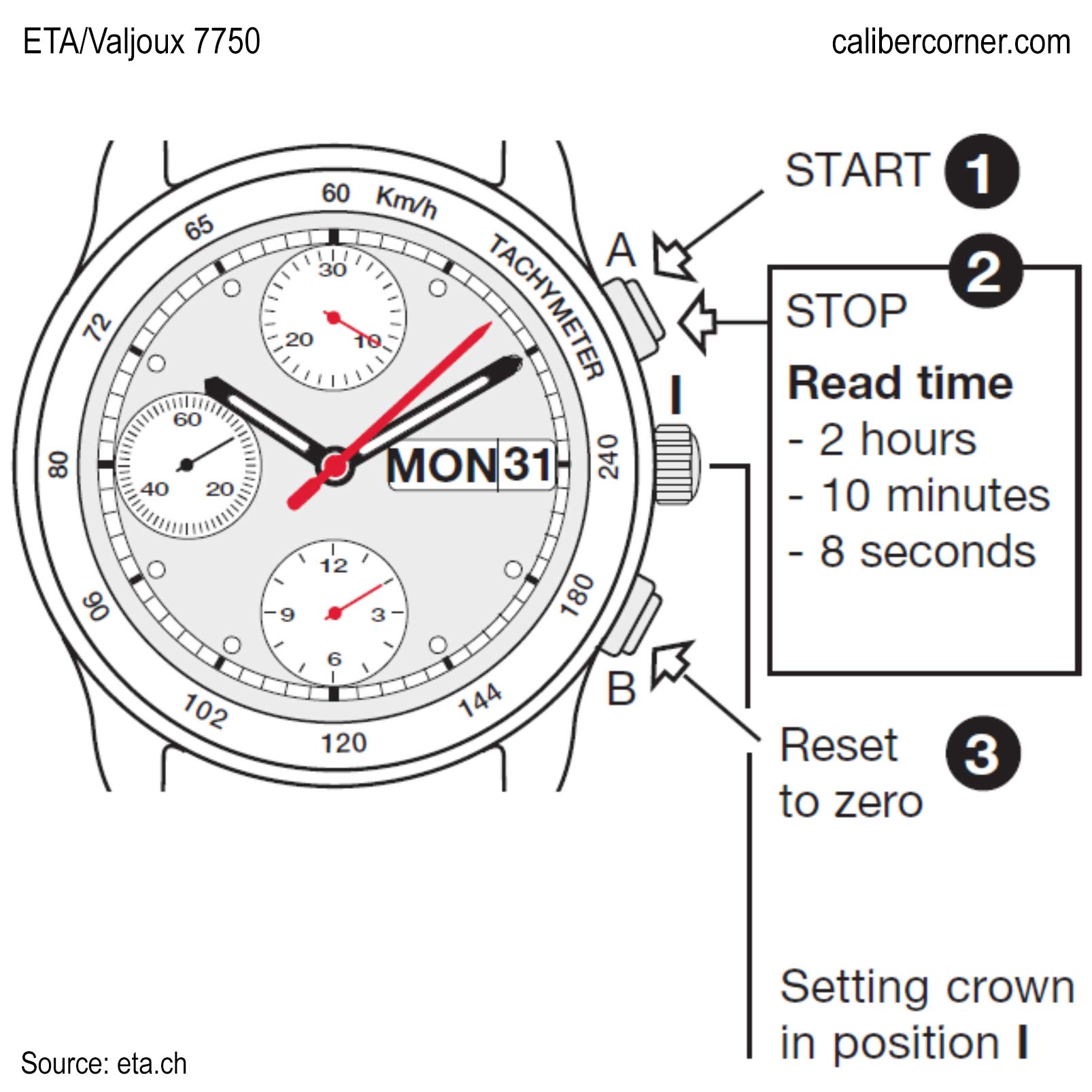 Unlike quartz powered chronograph movements, mechanical watches do not have the luxury of using a reset sequence to get the chronograph hand to line up to 12:00. If your caliber 7750 powered watch has a hand that is not lining up, it could be a mechanical problem and should be inspected by a professional watchmaker. Your watch may need serviced or the hand might need to be reinstalled.

Is it OK to Leave the Chronograph Seconds Constantly Running?

It is not recommended to leave the central chronograph sweeping second hand in a constantly running or engaged state. With the way the gear train is set up on the 7750, this could add extra and unnecessary wear and tear. Additionally, by doing so your watch will experience a change in amplitude, leading to a loss of power reserve and accuracy.

The ETA/Valjoux in the photo below is from a Kobold Phantom Chronograph watch. It was custom decorated by the manufacturer.

The below example of the caliber 7750 is from a Hamilton BeLOWZERO Chronograph. 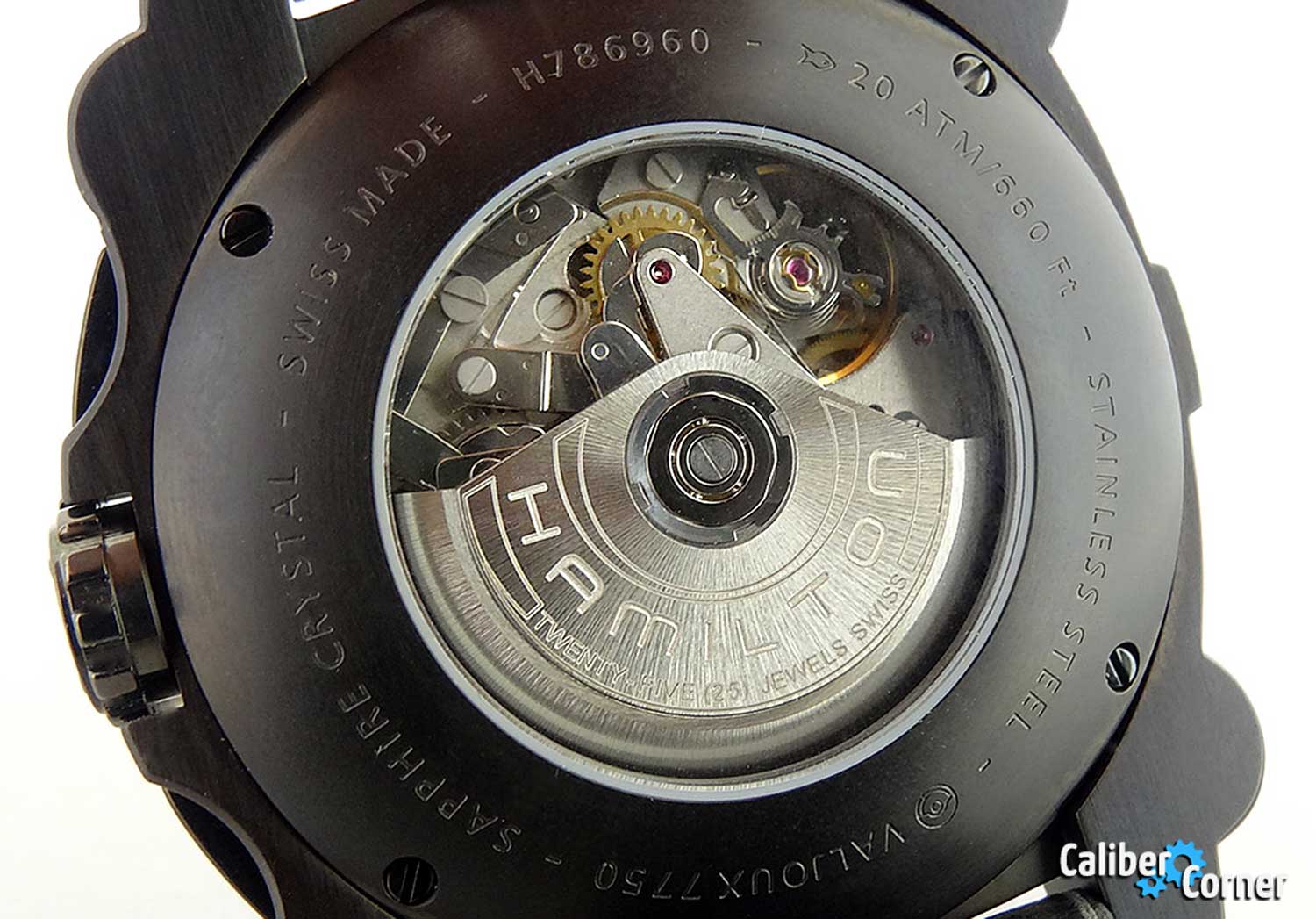 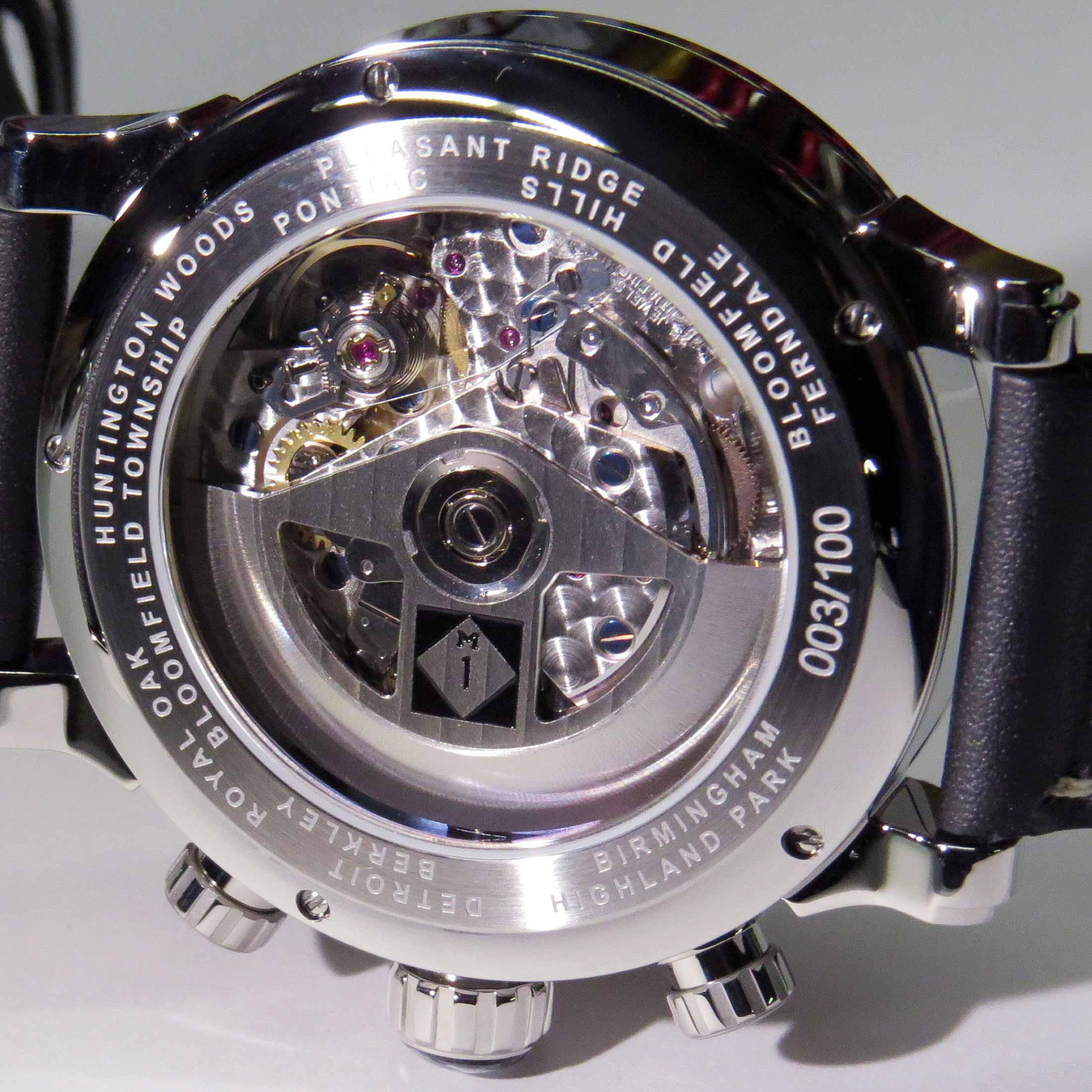