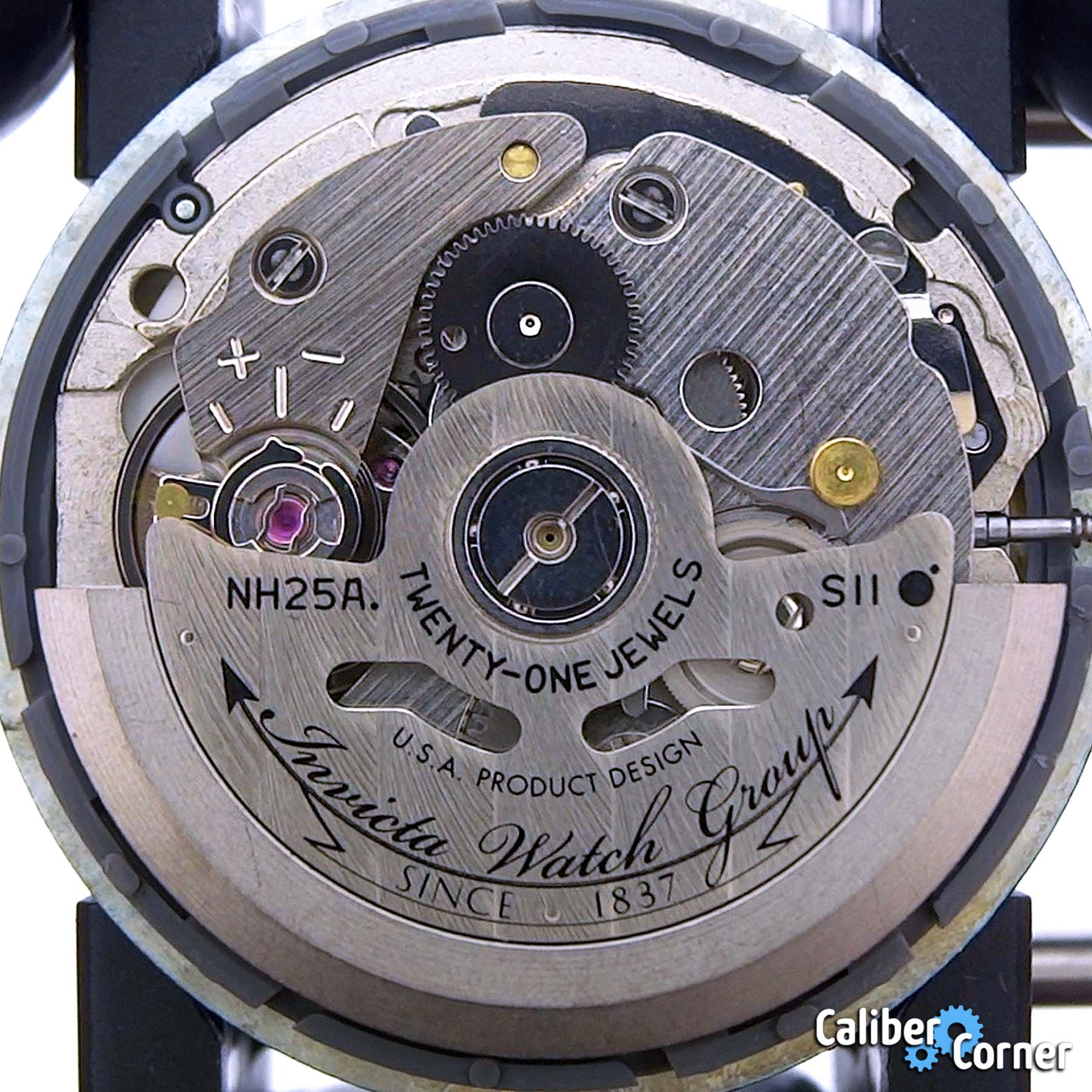 The Seiko/TMI/SII caliber NH25A is an automatic movement that was originally introduced around 2008. It is an early version of what has evolved into one of the most popular automatic watch movements in the world: caliber NH35A.  Time Module aka Seiko Instruments labels the NH calibers as part of the “Basic” Mechanical Series. They also have NE calibers that are labeled as “Premium” Mechanical Series.

The current market seems to have more watches with the newer NH35A movement than the NH25A, in part due to the fact that the NH35A started to be widely used around the same time that the watch community dramatically expanded with crowdfunded microbrand watches. The NH25A can still be found in entry level/affordable/microbrand watches, but they will most likely be older models. For a complete rundown of the differences between the NH25 and NH35, click here.

There is a similar caliber NH26A with the main difference being that the NH25A has a date window at 3:00, whereas the NH26A has a day/date at 3:00.

In the technical documentation, Time Module claims that the NH25A accuracy range is within -25~+35 seconds per day under normal conditions. They recorded these accuracy measurements without the date complication being active. This shouldn’t have any noticeable bearing on the accuracy, but it’s interesting nonetheless.

So what does fully wound up mean? The NH25A should be fully wound after about 55 manual turns of the crown.

This movement is also equipped with the Seiko Magic Lever, so shaking the watch side to side should get it going almost immediately.

While many watch brands that use the NH25A will opt for a custom rotor (oscillating weight), as of the official tech sheets from March 2008, two stock rotors are available depending on the country of origin: Japan or Malaysia.

The NH25A is mostly unavailable because it has been replaced by the NH35A. You may be able to find some new old stock movements, otherwise you should look into using the NH35A if possible. At the time of this post, replacement NH35A movements were found online for around $46.00 USD. Buy here

The example of caliber NH25A pictured below was found in this Invicta Pro Diver model 6930. 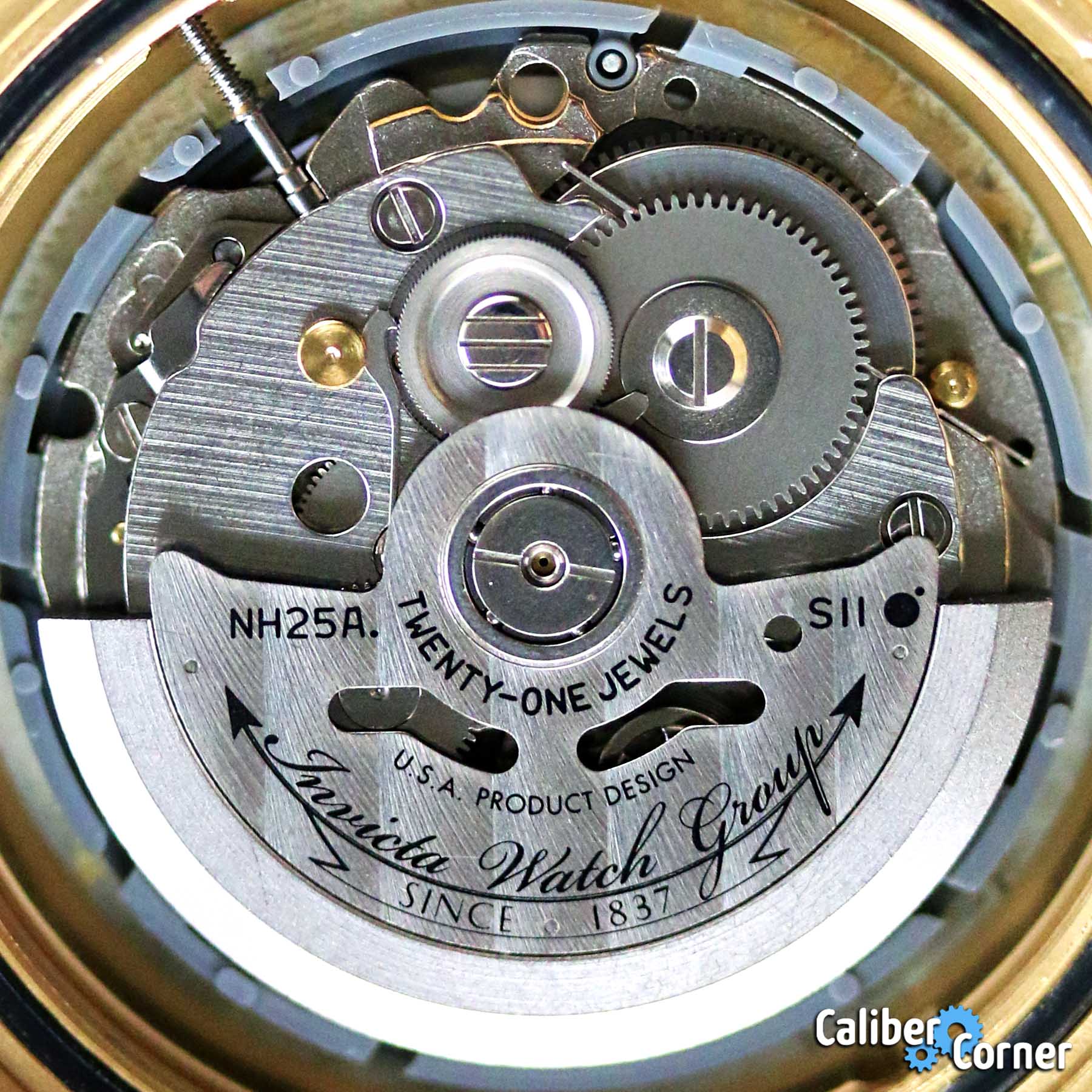 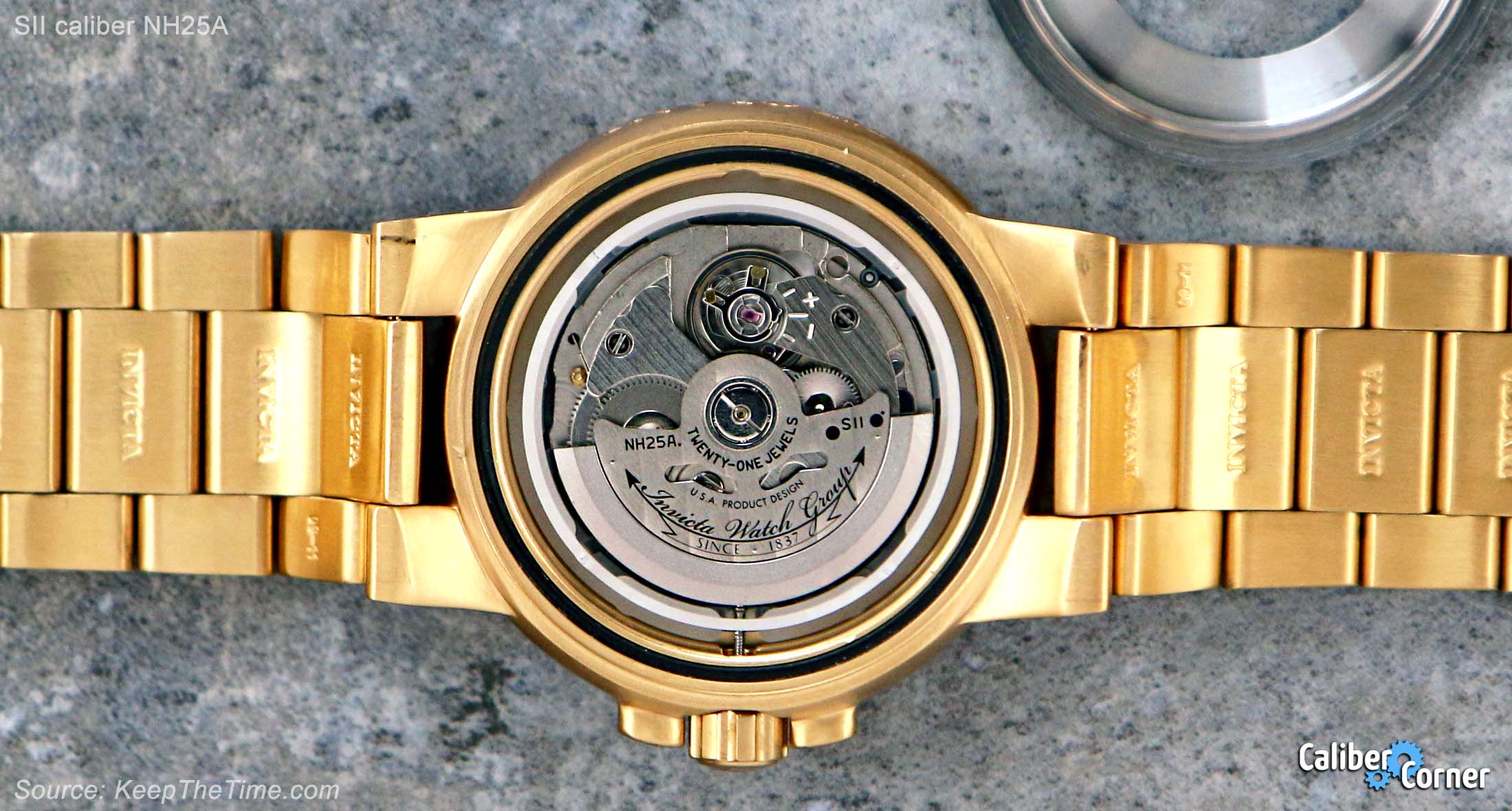