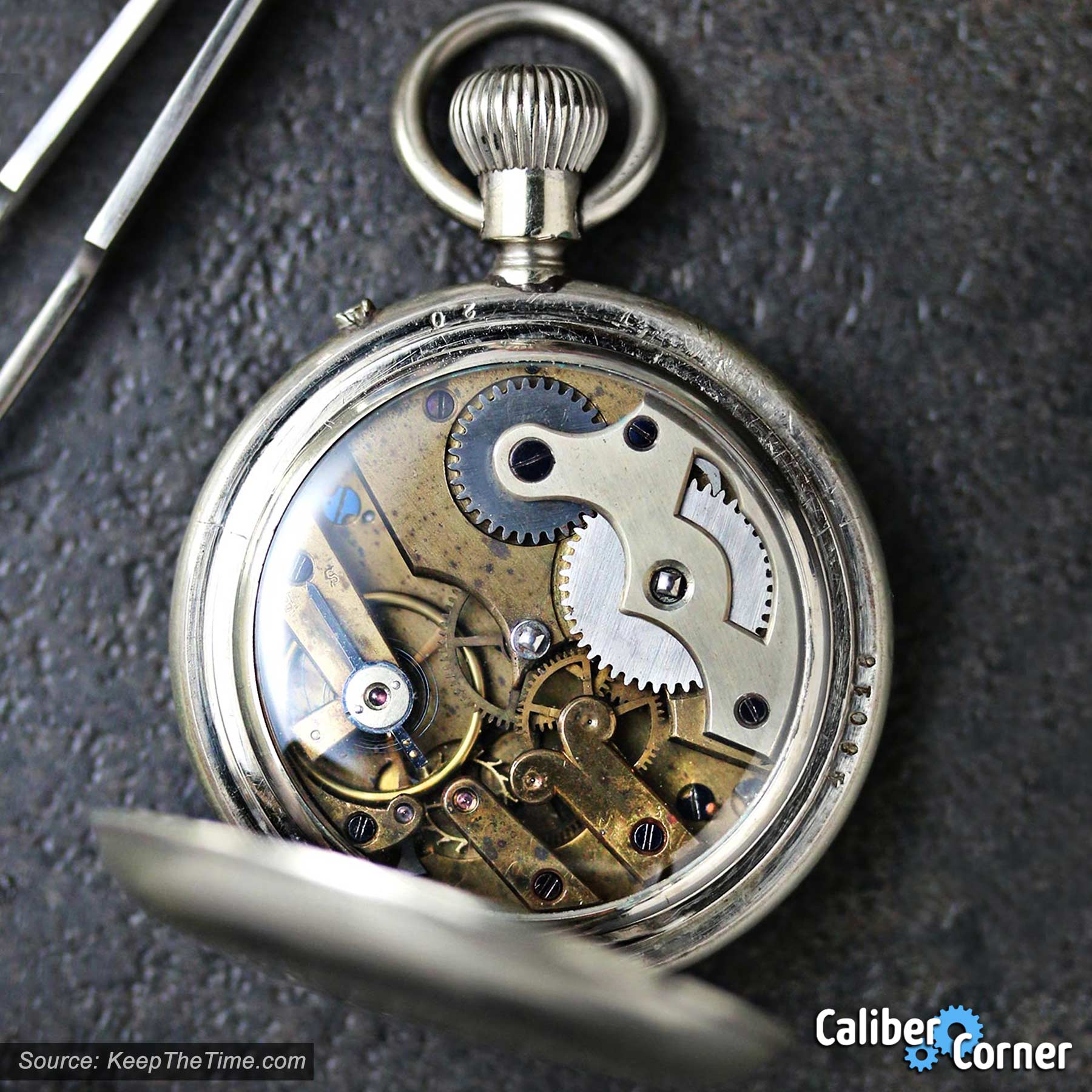 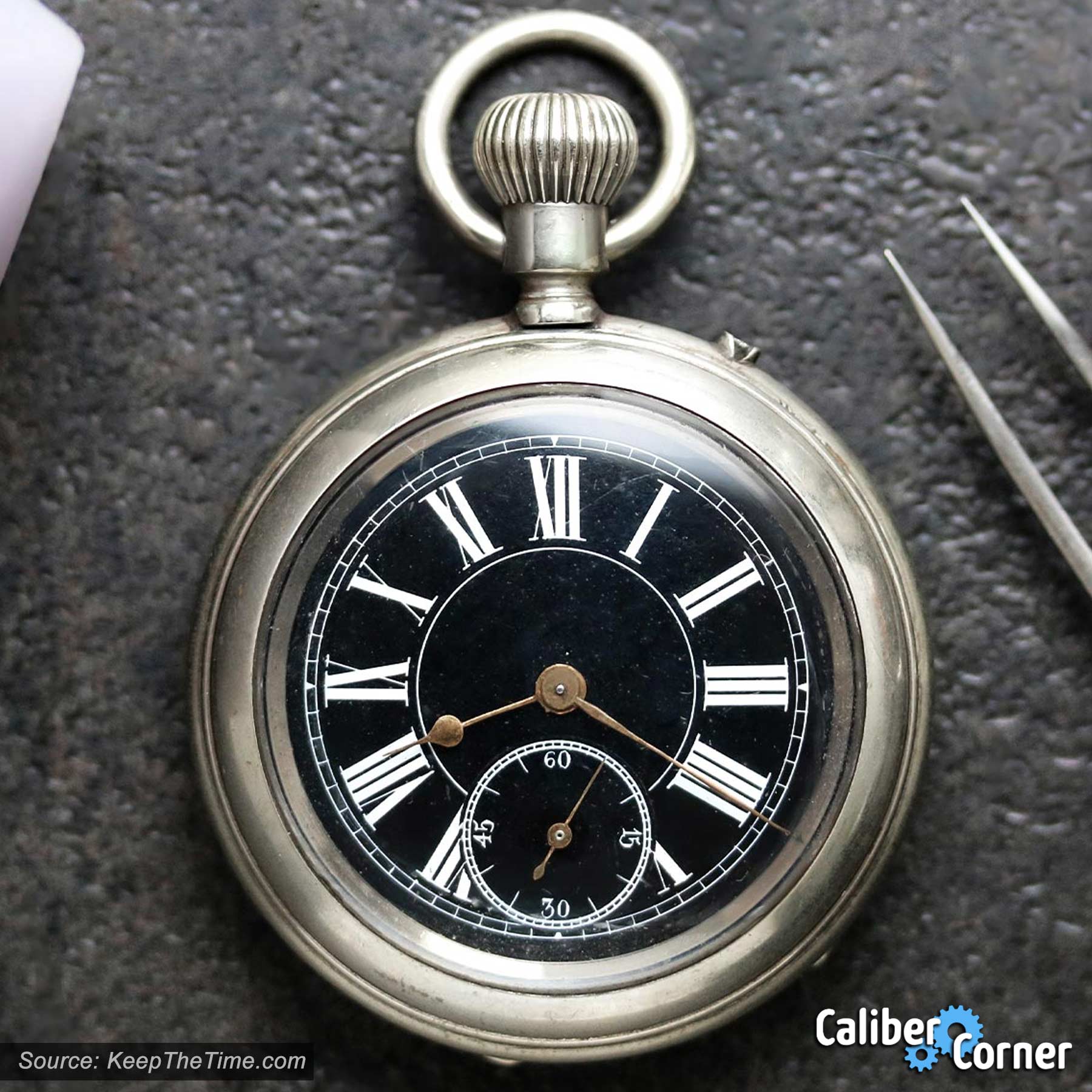 What is a Lepine watch movement or caliber?

The term Lépine comes from a style of pocket watch that has the crown (aka pendent) is positioned at 12:00, in a vertical line with the seconds subdial at 6:00. This layout is often found on open face pocket watches.

Contrast that with hunter style pocket watches with a dust cover over the dial and crystal, where the crown would typically be located at 3:00 – not in line with the seconds located at 6:00. 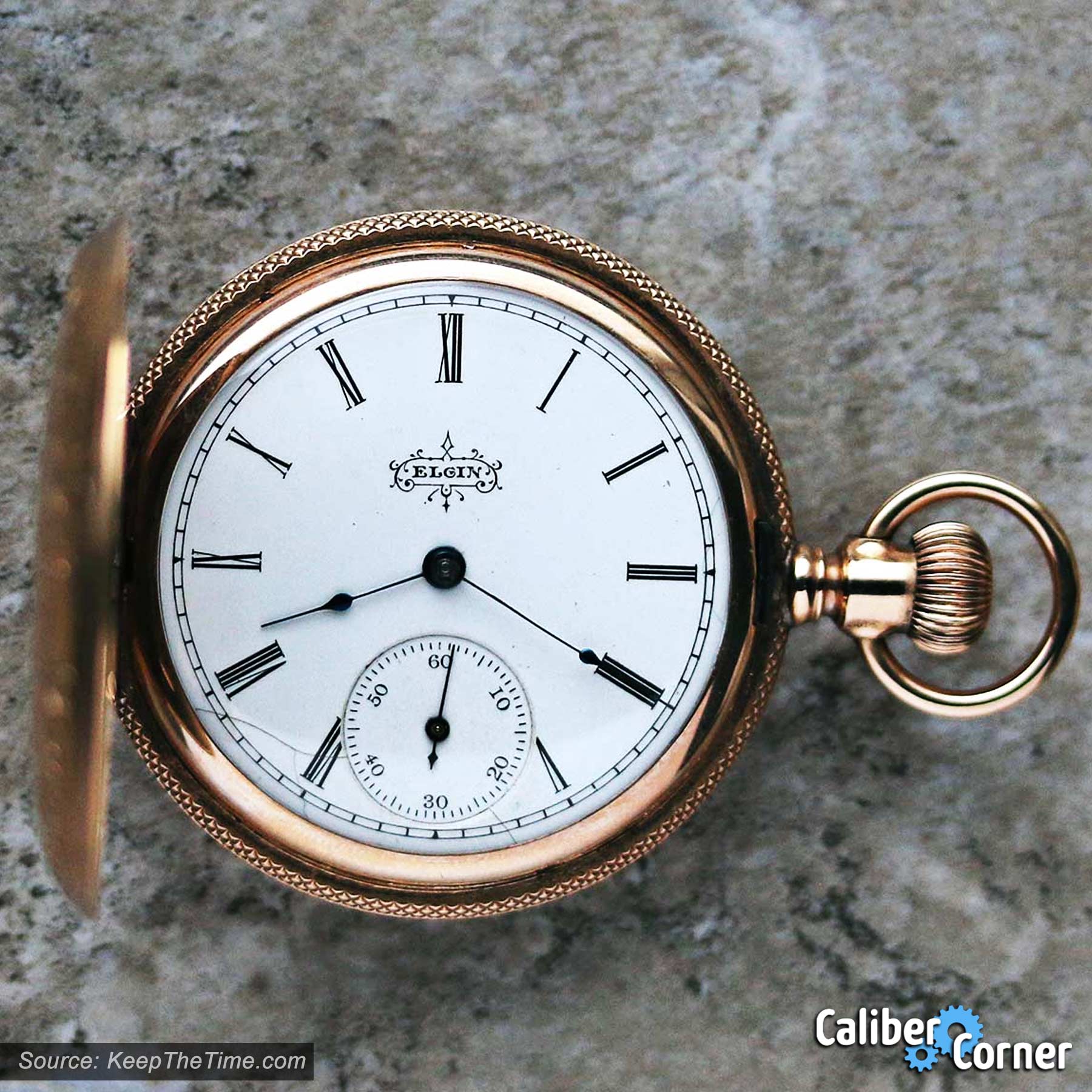 The Elgin pocket watch pictured above is not a Lepine. It is in a hunter style case with the crown at 3:00 and the small seconds at 6:00.

“The calibre was quickly adopted throughout France and today its basic design is what characterizes all mechanical watches. It is important to note that the term “Lépine” can refer to both the calibre itself or a type of pocket watch with a flat, open-faced case in which the second wheel is placed in the axis of the winder shaft and the crown positioned at XII, in opposition to the savonete (or hunter-case) watch where the second wheel and winder shaft are placed on perpendicular axes and the crown at III. This design has been known within the watch industry as the Lépine style ever since.” -source

What does “Lépine” mean?

Lépine is the last name of Jean-Antoine Lépine, the Paris based French watchmaker who invented the Lepine calibre in circa 1765.

How does is work?

At the time it was presented to the watch world, the concept of the Lepine movement was seen as a radical break from tradition, particularly the fusee which used two parallel plates. The Lepine only uses a bottom plate, with bridges. This made pocket watch assembly and repair easier, and the design quickly became the framework for the modern pocket watch. It is still found in wristwatch calibers produced today, such as the ETA 6497-1.