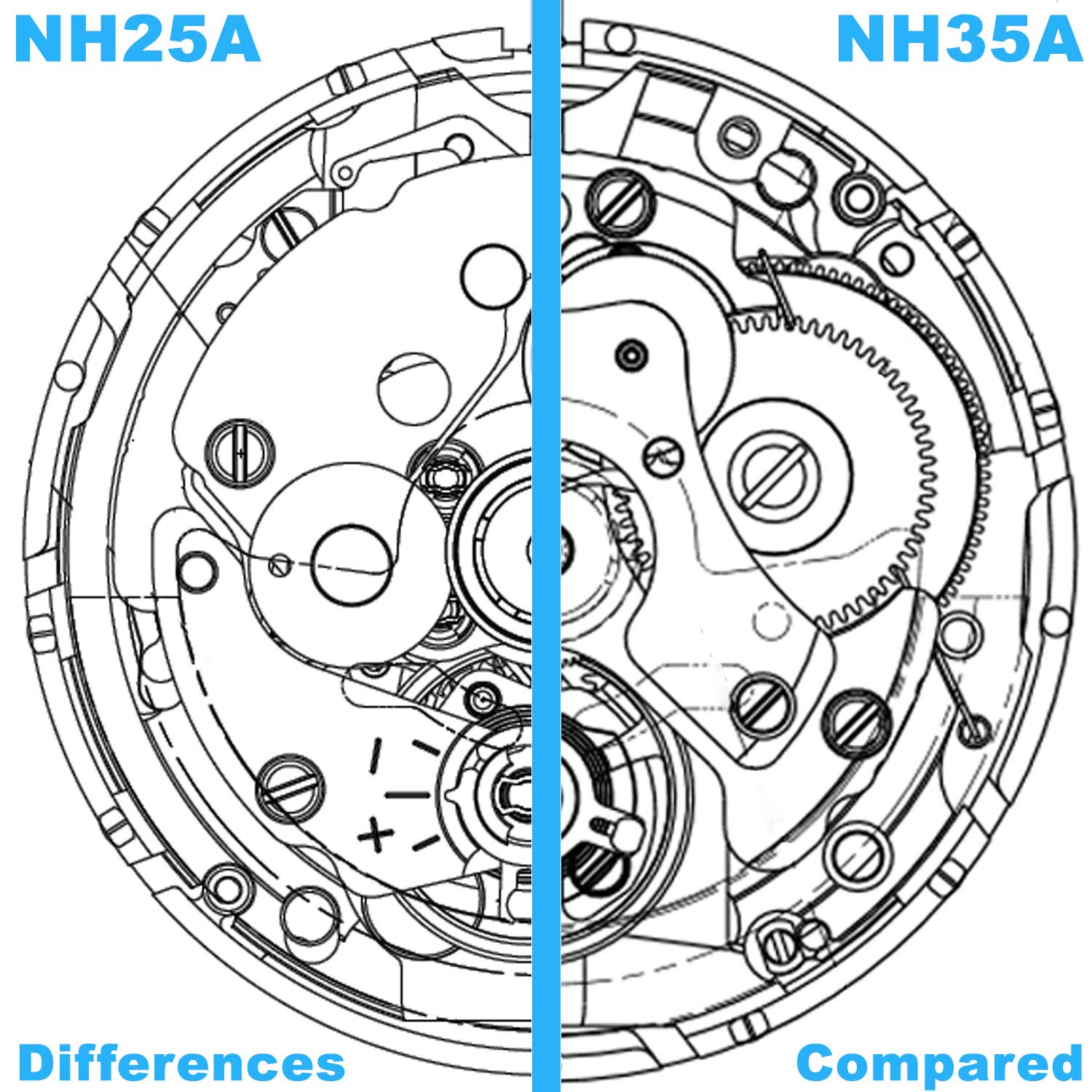 What is the difference between Seiko caliber NH25 and NH35?

There are some differences between these overall similar movements. The differences are mostly convenience that give value to the collector. Please compare in the chart below. Did we miss anything? Please comment below.

As you can see in red, the most notable differences between the SII caliber NH25 and NH35 are that the NH25 is non-hacking and non-manual winding. The newer NH35 is a result of Seiko evolving the movement, perhaps as a result of listening to the watch community and observing that these two features are important to watch enthusiasts.

As we see here, the main differences between the two calibers is that the NH35A is hackable and can be hand-wound. That means the crown operates differently:

On watches with the NH25A, when the crown is pulled out to time setting position (position 2) the second hand keeps going, it “doesn’t hack”. On watches with the NH35A, when the crown is in time setting position, the second hand stops. In other words, it “hacks”. In the official documentation, Seiko refers to this as Second Hand Reset. In other documentation, they also call it a Stop Second Device. Either way, the NH25 is without it!

Does my watch have the NH25A or NH35A movement?

It should say on the rotor. If it has a closed caseback or a custom rotor without any caliber markings, the easiest way to tell is to simply wind the crown (unscrew it first if your watch is a dive watch), is it winding the mechanism? Then it’s an NH35A. Pull the crown out two clicks (to position 2 aka time setting mode), does it stop the second hand? Then it’s the NH35A. 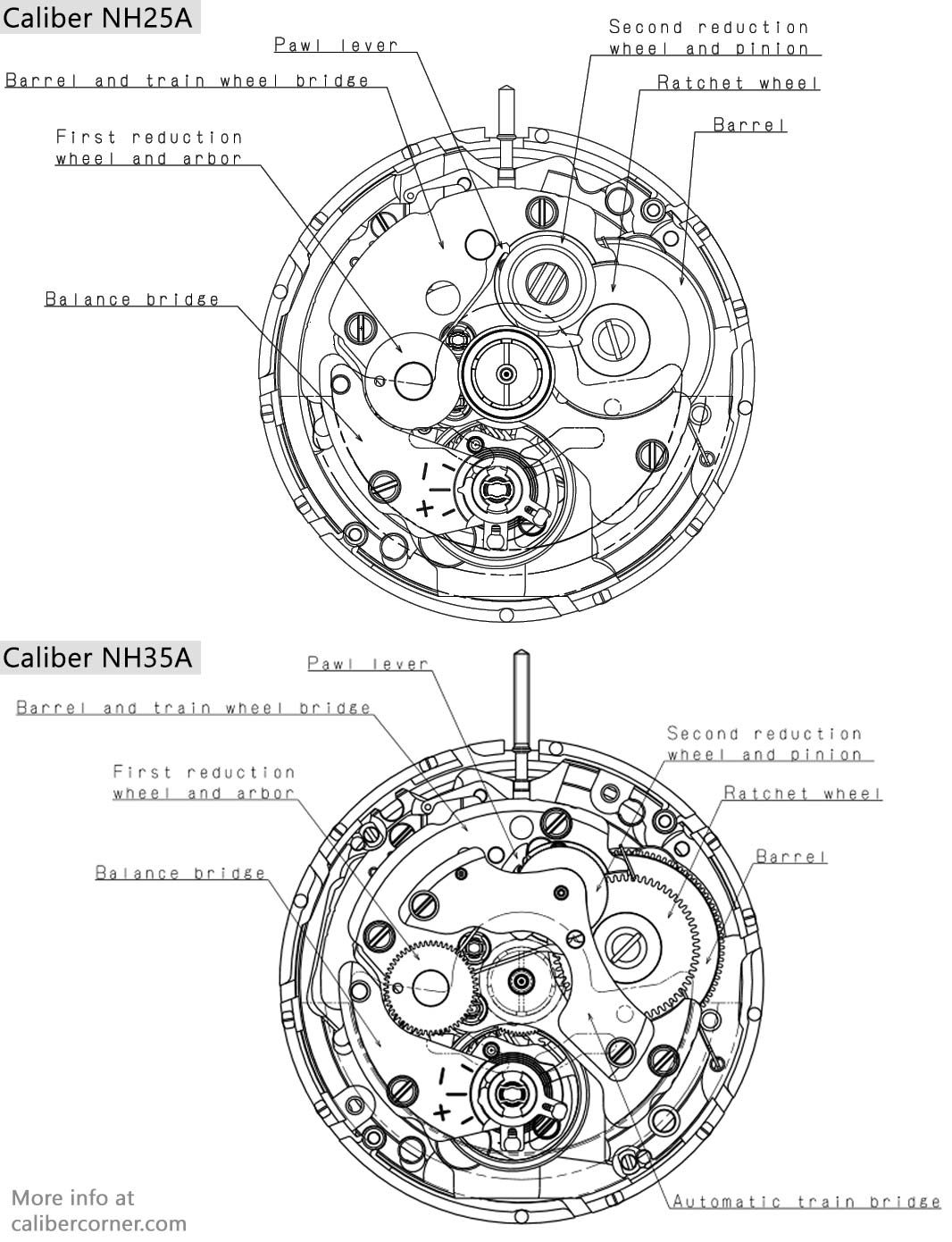 But I heard that the NH25 is manual winding and hacking!

That is incorrect, usually from folks who are mixing up the NH25A with the NH35A. This sometimes happens from collectors who buy a watch that is listed with outdated or incorrect specs, but not actually being able to tell what the actual movement is due to lack of knowledge or a solid caseback covering it up.

For example, the Invicta Pro Diver has had the NH25A inside, but newer models have the NH35A. The collector can read the incorrect specs, thinking they have an NH25A, then get the watch which is powered by an NH35A, then report erroneous information to the watch community that the NH25A in their Pro Diver hacks and winds manually.

Here is are screenshots of the official TMI tech sheets for the NH25A. It clearly states “There are no manual winding function for Cal. NH25/26.”

And another one here stating: “Cal. NH25/26 have no manual winding function.”

As for hacking, the reason that the NH35A is able to stop the seconds when the crown is pulled out, is thanks to a part called the Balance Stop Lever aka hack lever. The NH35A documentation mentions this part and where to oil it during an overhaul.

The NH25A documentation makes no mention of the balance stop lever, because it doesn’t have one.

So which one is the better movement?