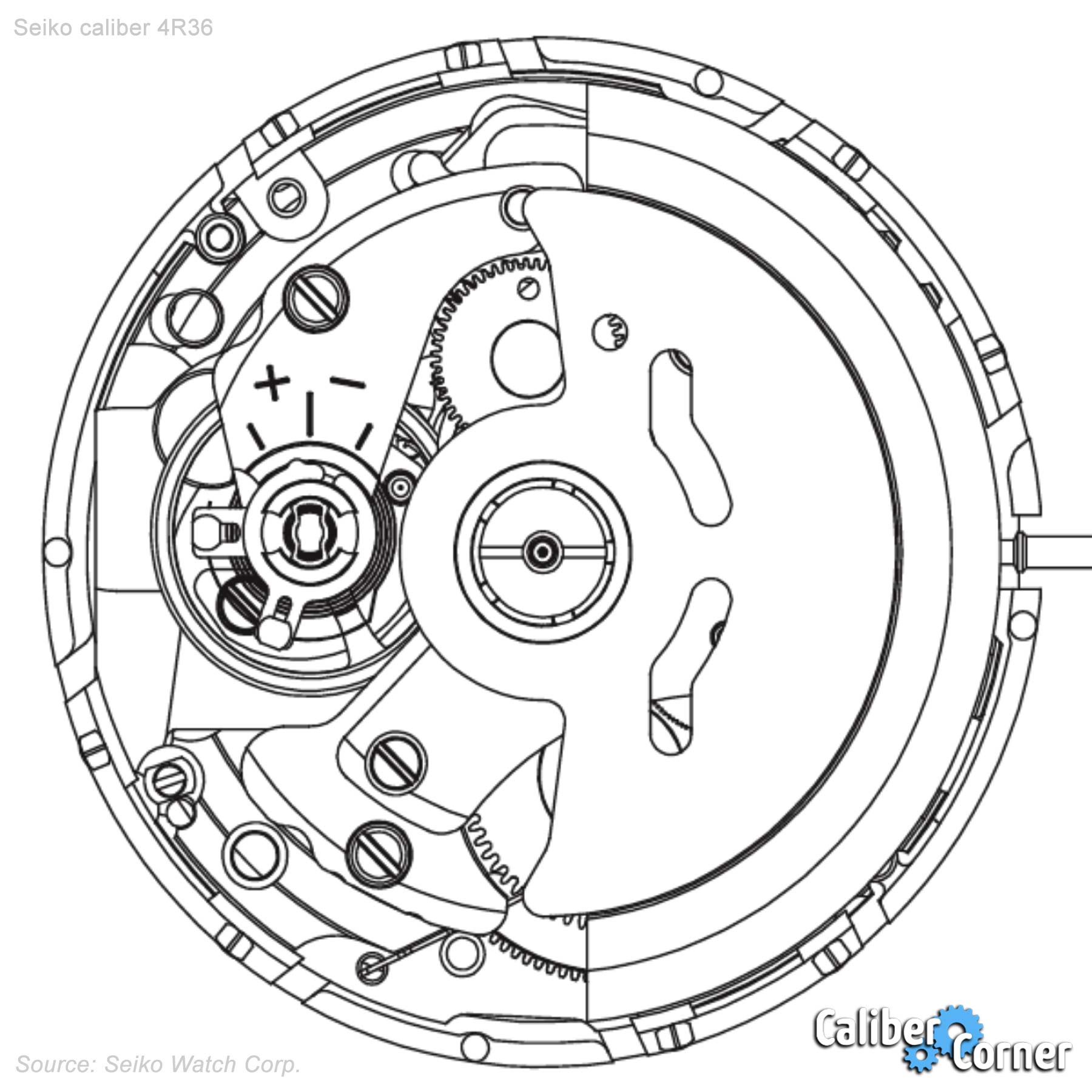 The Seiko caliber 4R36 is an automatic used by Seiko Watch Corp. in their own branded watches. This movement was released circa 2011. This caliber was considered to be an upgrade from the popular 7S36 movement as it offers the user the desirable hacking and hand-winding functionality.

The caliber 4R36 is basically a Seiko-only version of the NH36. Seiko Instruments (aka SII) sells the NH36 to other manufacturers for use in non-Seiko watches.

There is also a similar caliber 4R35. The different between the two is that the 4R36 has a day/date calendar complication at 3:00, and the caliber 4R35 only displays the date at 3:00. Everything else is the same, including dimensions, jewels, accuracy, etc.

The A indicates that it is the first generation of this caliber. 4R36 and 4R36A are the same, until Seiko releases a 4R36B which will be a second generation.

Seiko claims that the accuracy of caliber 4R36 is between +45 / -35 seconds per day. This rating is based on normal daily wear on the wrist in temperatures between 5 ºC and 35 ºC. When testing your watch for timekeeping, make sure it is fully wound.