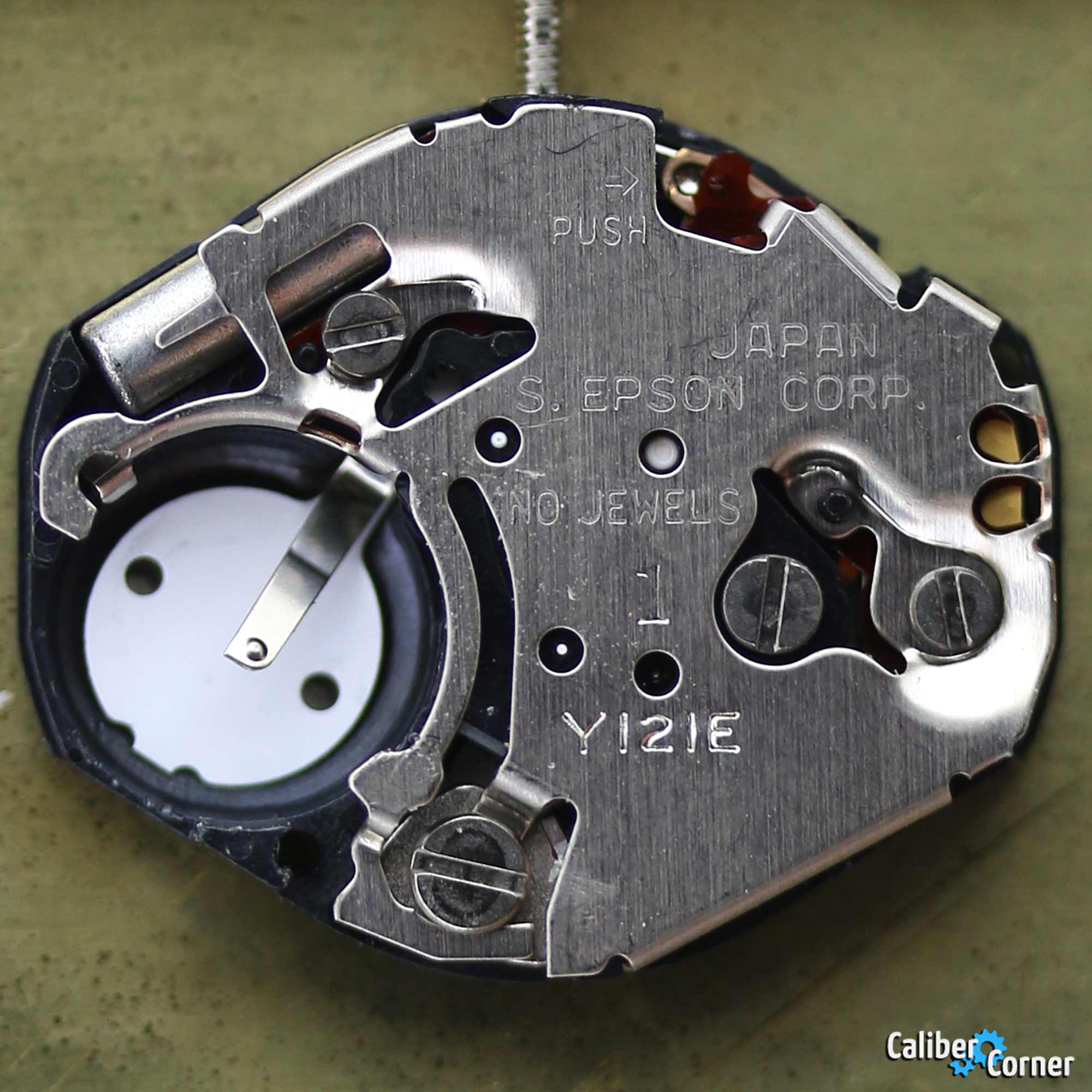 The S. Epson Corp. caliber Y121 (aka Y121E) is a 0 jewels quartz movement. It is made in Japan. Official documentation on this caliber has date stamps as recent as 2/28/18.

You may see the caliber Y121 with different letters on the end. The letters indicate evolution versions of the caliber. As each letter advances, there may be slight changes made. They are all based on the same Y121 caliber and should work interchangeably.

S. Epson officially claims that the accuracy of this movement is +/- 20 seconds per month, while worn on the wrist in normal operating conditions and temperatures. The operating temperature range is -5 C to 50 C. 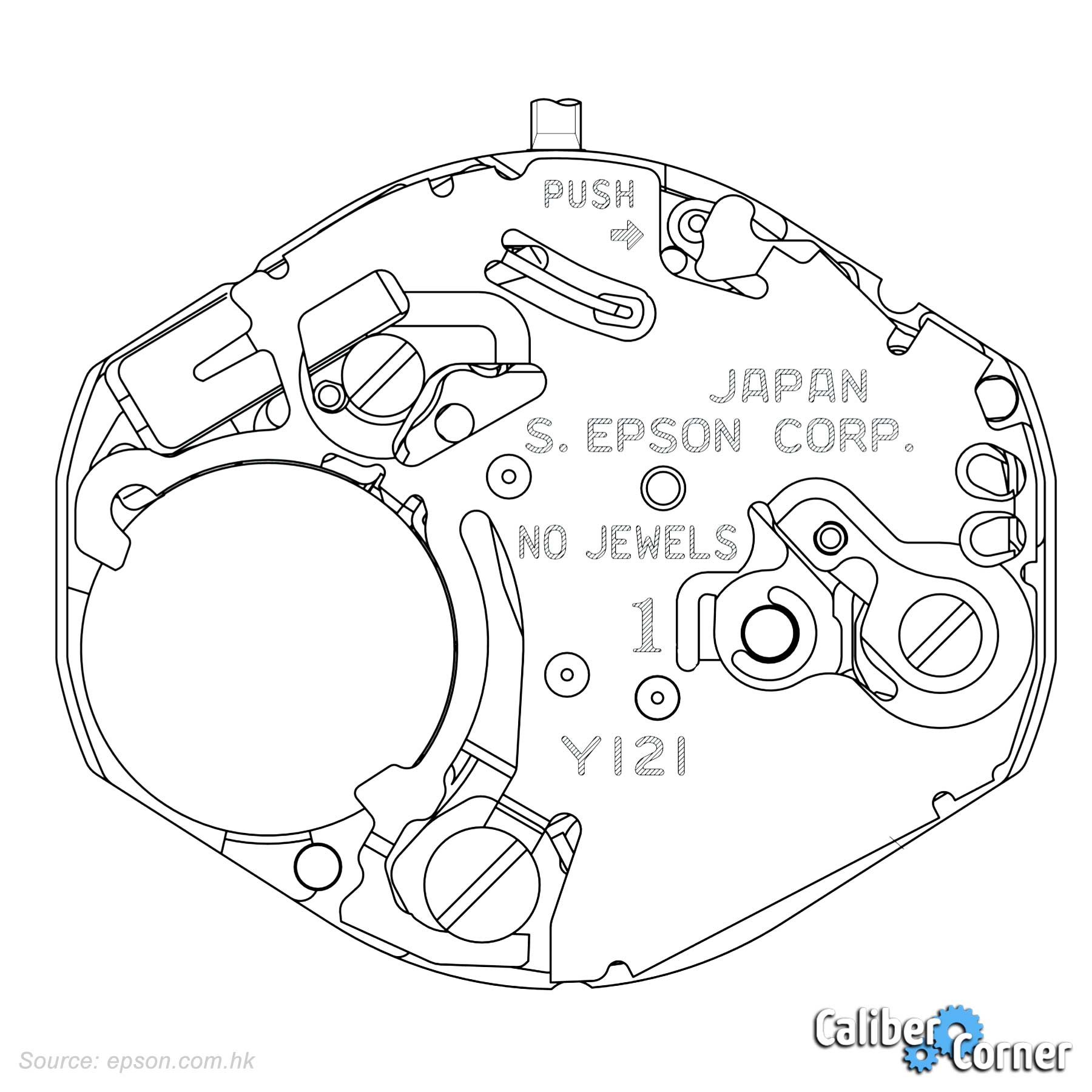 The word “PUSH” with an arrow right facing is etched on the movement near the stem. The arrow is pointing to the stem release mechanism. It is a metal tab with a small indentation or dimple. Gently press that with your tool (tweezers, peg wood, or even a toothpick) and pull the stem out. Do not push too hard. 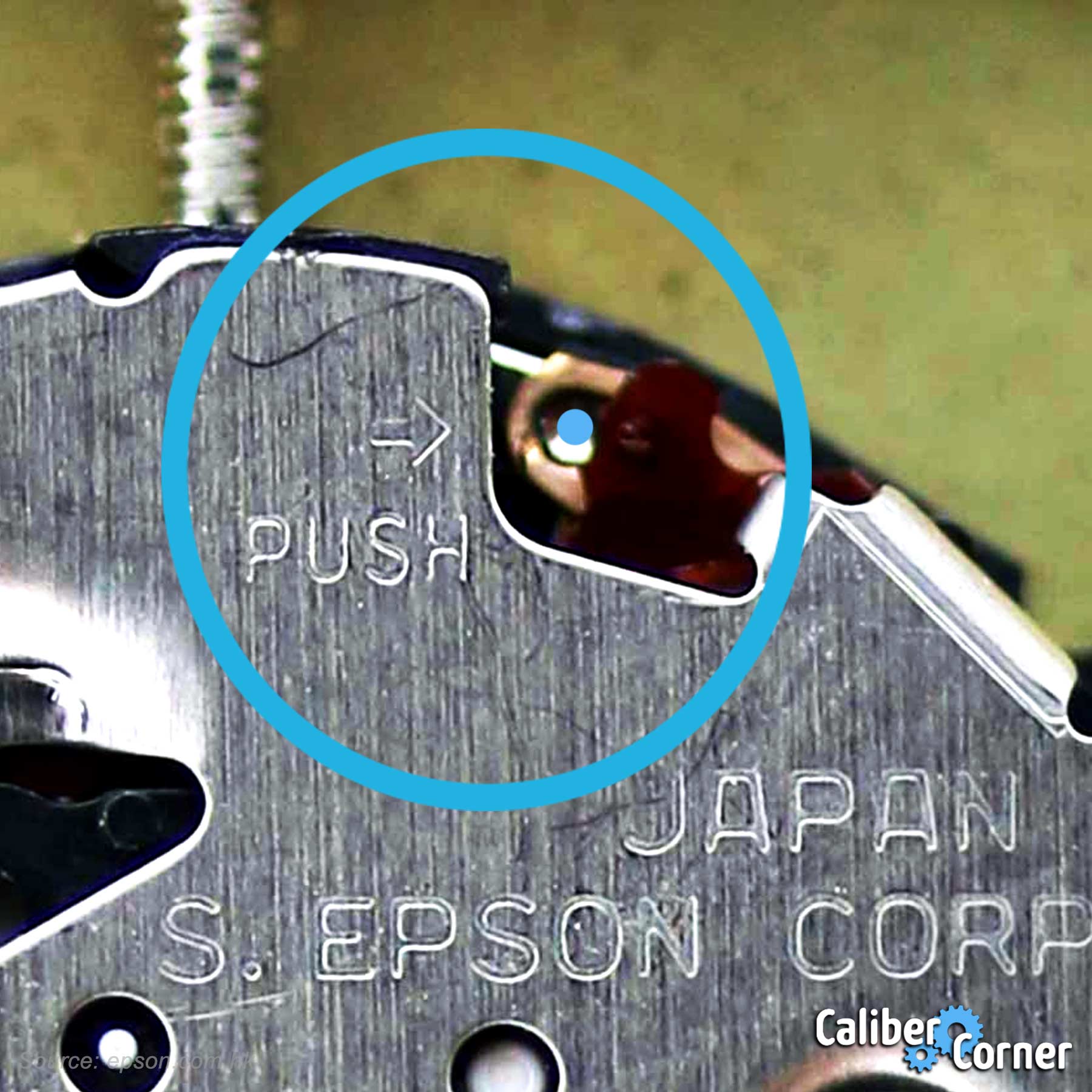 At the time of this post, we found replacement costs of $5.50 USD.

The roots of Seiko Epson Corporation go back to a company called Daiwa Kogyo, Ltd. which was founded in 1942 by Hisao Yamazaki, a local clock shop owner and former employee of K. Hattori, in Suwa, Nagano, Japan. Daiwa Kogyo was supported by an investment from the Hattori family (founder of the Seiko Group) and began as a manufacturer of watch parts for Daini Seikosha (currently Seiko Instruments). The company started operation in a 2,500-square-foot (230 m2) renovated miso storehouse with 22 employees.

In 1943, Daini Seikosha established a factory in Suwa for manufacturing Seiko watches with Daiwa Kogyo. In 1959, the Suwa Factory of Daini Seikosha was split up and merged into Daiwa Kogyo to form Suwa Seikosha Co., Ltd: the forerunner of the Seiko Epson Corporation. The company has developed many timepiece technologies. In particular, it developed the world’s first portable quartz timer (Seiko QC-951) in 1963, the world’s first quartz watch (Seiko Quartz Astron 35SQ) in 1969, the first automatic power generating quartz watch (Seiko Auto-Quartz) in 1988 and the Spring Drive watch movement in 1999.

The watch business is the root of the company’s micromechatronics technologies and still one of the major businesses for Seiko Epson today although it accounts for less than one-tenth of total revenues. The watches made by the company are sold through the Seiko Watch Corporation, a subsidiary of Seiko Holdings Corporation.

In 2009, the company became fully owner of Orient Watch Co., Ltd., the one of the largest timepiece manufacturers in Japan.