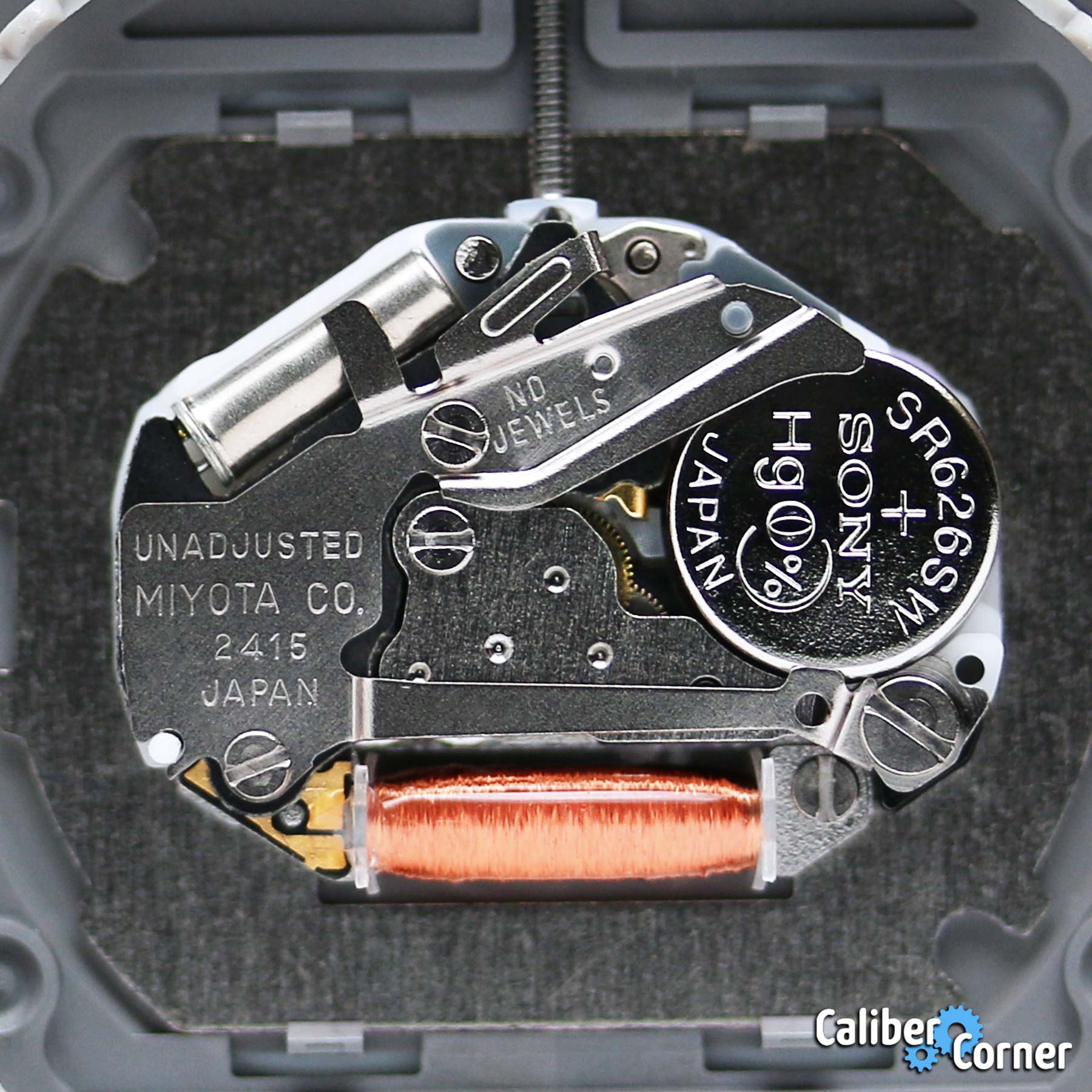 The Miyota caliber 2415 is a quartz movement with 0 jewels. It is considered a replaceable movement.

Miyota calibers such as the 2415 do not have an arrow to indicate the location of the release button for stem removal. There are several peg-like shapes sticking out of the movement that appear to be buttons, but they are actually there to hold parts of the movement in place. Instead, you will be looking for a small indentation, which you will press down with your tweezers to allow for the stem to be released. Follow the video below:

At the time of this post, prices for the caliber 2415 quartz movement were found online between $9.99-$11.00 USD. You can order this movement here. 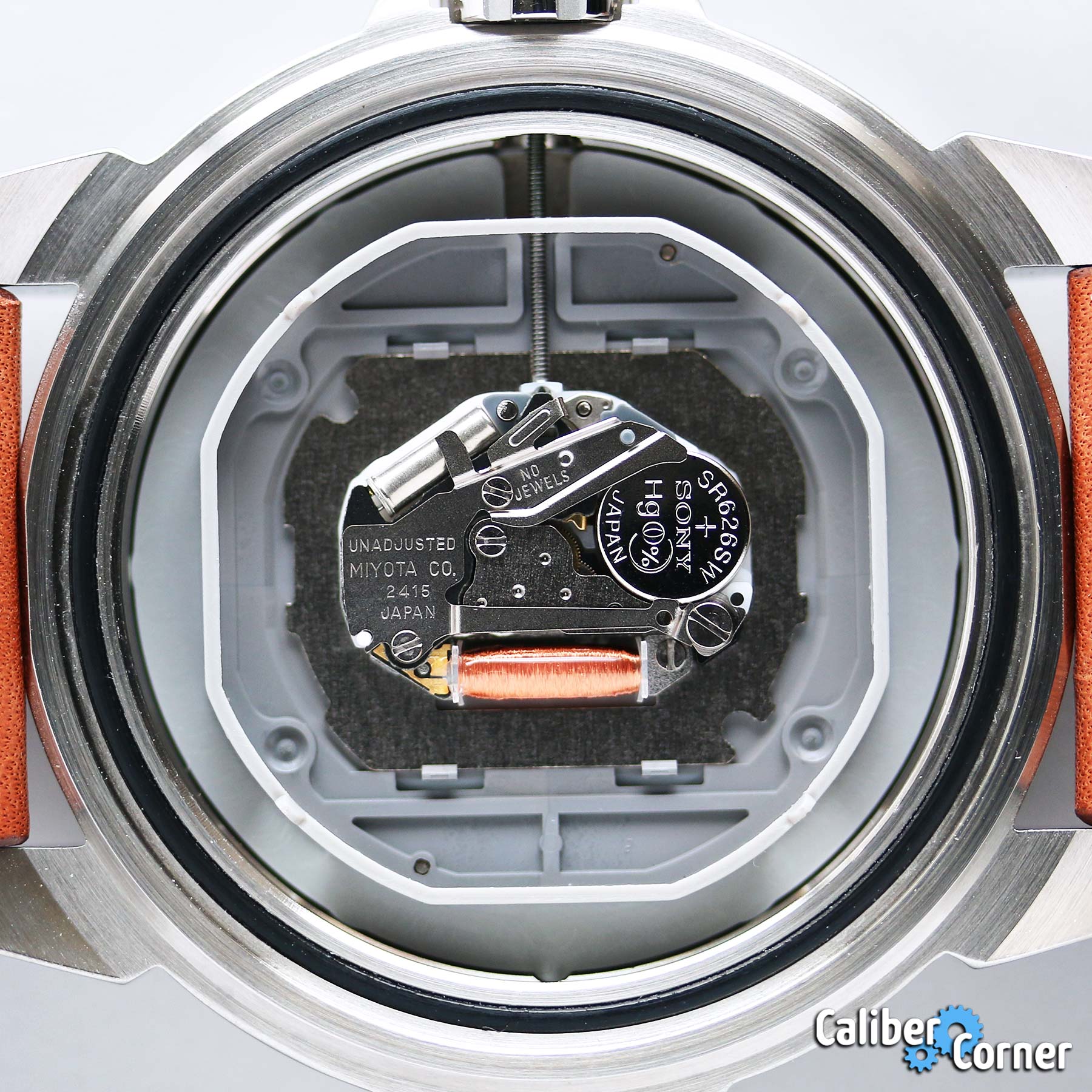