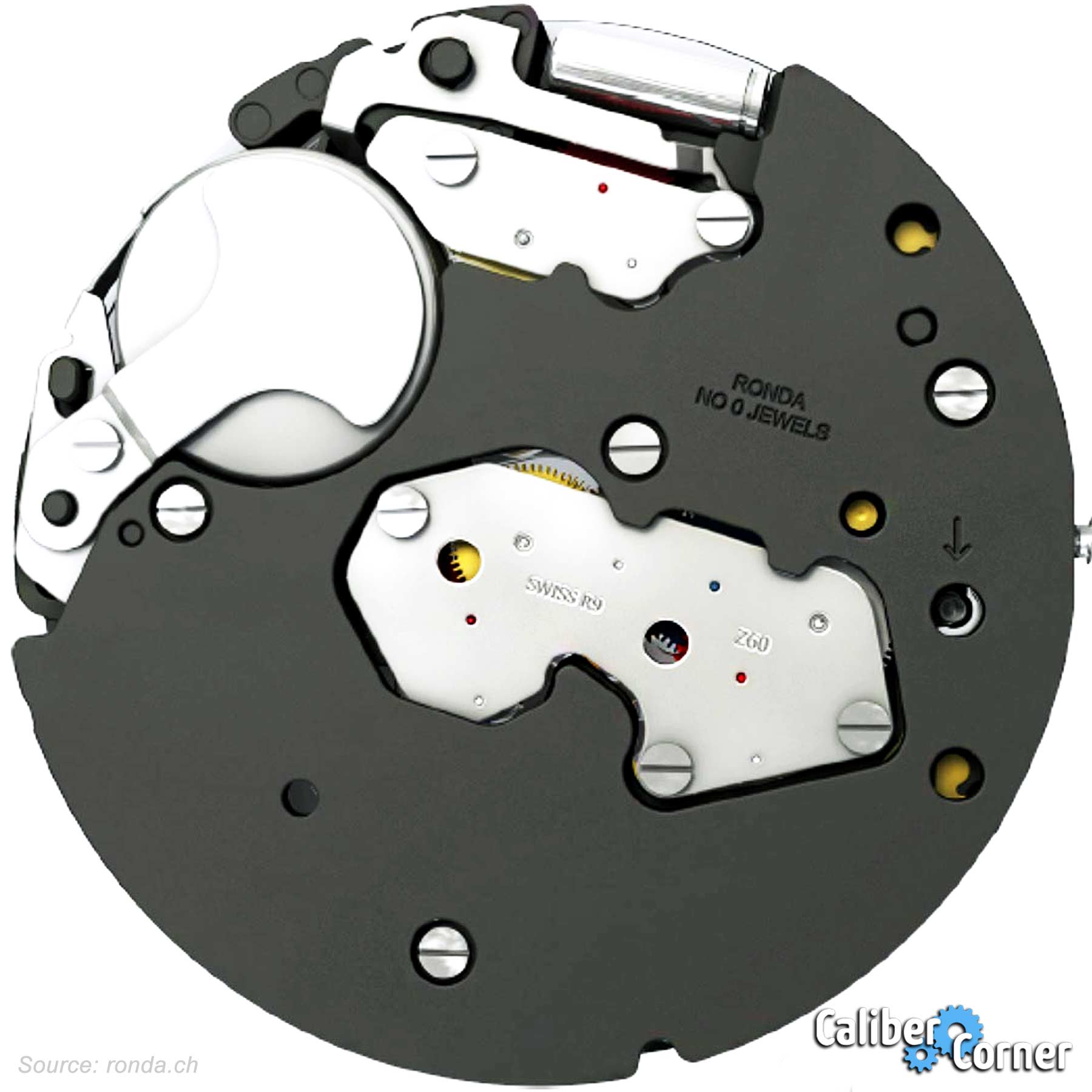 This is the Ronda caliber Z60 quartz watch movement. it is part of the xtratech line. There are two versions of this caliber: Swiss made and Swiss parts. Both versions are nickel plated with zero jewels. This movement was announced in 2013.

In Ronda’s Own words:

According to Ronda, the caliber Z60 should keep time within -10/+20 seconds per month with an operating temperature of 0 to 50 degrees Celsius.

A fresh battery (cell 395) should last for 50 months. This caliber has a power saving (hacking) function that stops the second hand when the crown is pulled out. Doing this will reduce power consumption by about 70%. Always remember that leaving the chronograph feature running will drain the battery faster.

To remove the crown/stem, find the hole with the arrow. While the crown is in position 0, pressing this with your tweezers or other tool will allow the stem be unlocked so you can pull it out.

At the time of this post, replacement prices for this watch movement were found in the range of $39.95-42.95 USD for the Swiss made version. The Swiss parts version was about half the price at $22.95.

Resetting the Chronograph to Zero

Sometimes the central second hand can reset incorrectly to a position other than 12:00 or zero. This is especially common after a battery replacement. If your watch experiences this, you can fix it (as long as the issue is not being misaligned due to being loose).

Do you have a watch with the Ronda caliber Z60 movement? Please share it with the community in the comments below…