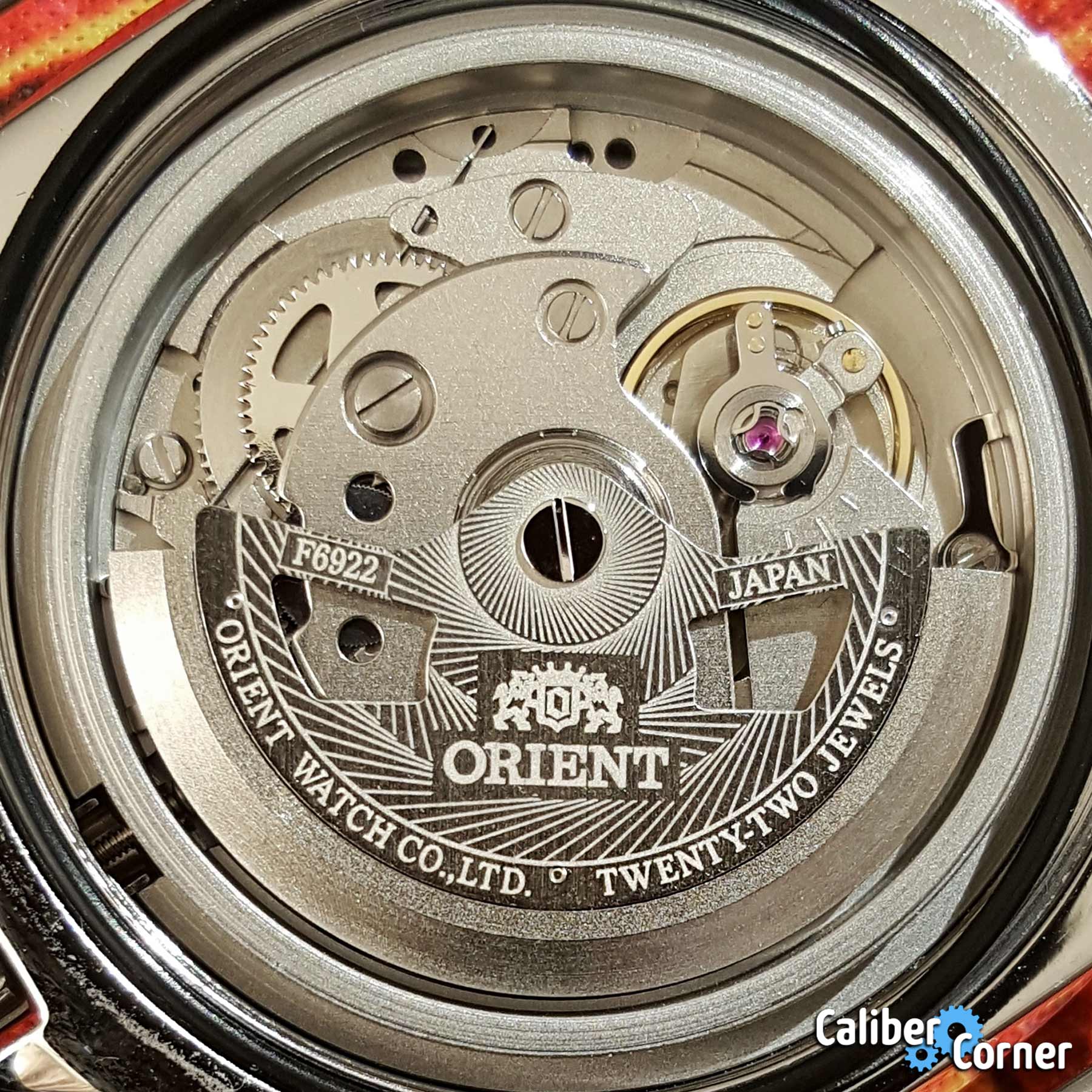 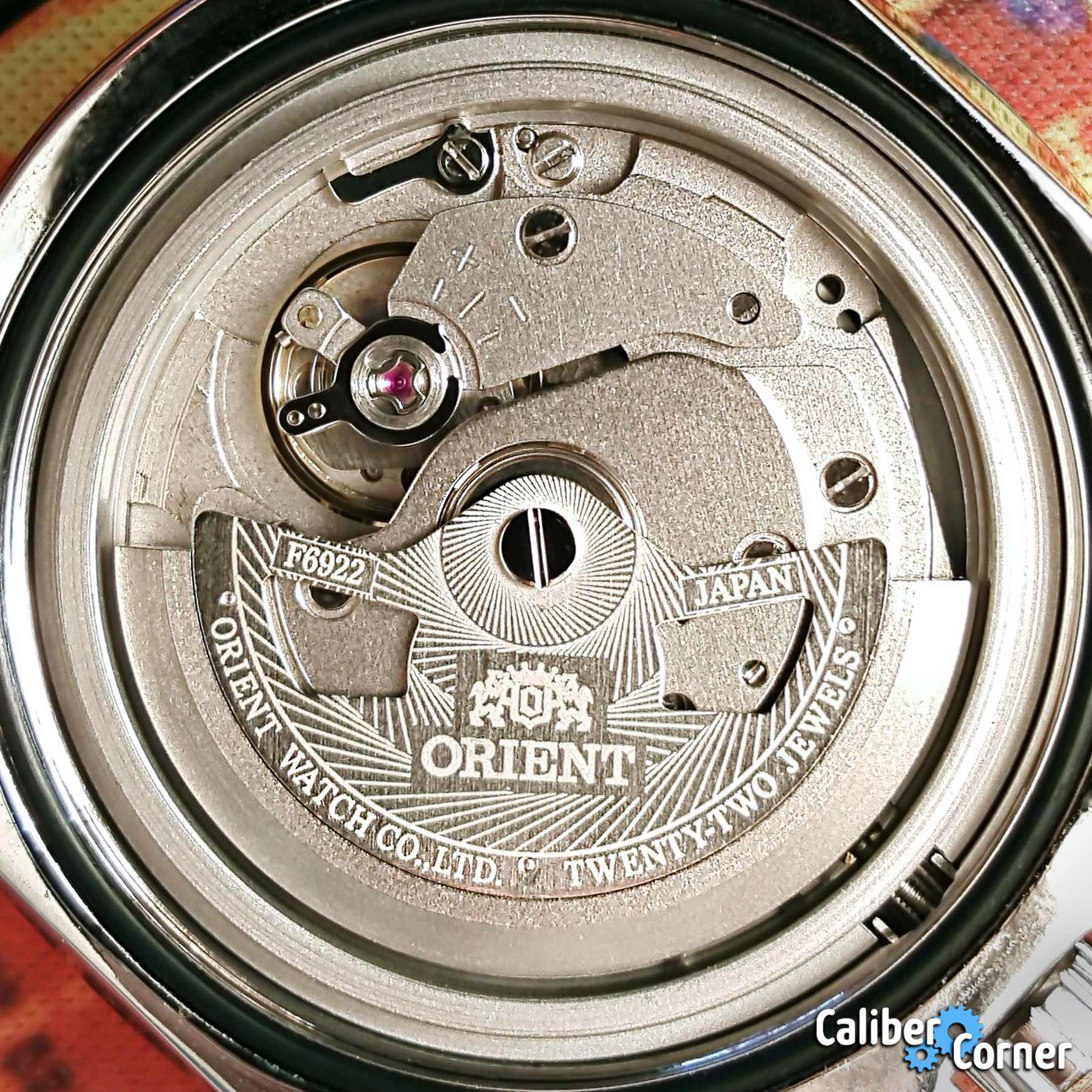 The Orient caliber F6922 is a self-winding automatic movement with 22 jewels. As with all of Orient’s current calibers, the F6922 is an in-house movement made in Japan. This caliber is found in Orient watches released as far back as 2016.

You may have seen other sites list this movement incorrectly as caliber F69-22 or F.6922, but Orient officially writes the caliber number as F6922. The rotor is signed:

To understand the relationship between these two calibers better, it is important to know more about the history of the brand. Orient watch spans as far back as 1950. In 2017, Orient officially became part of Seiko Epson Corporation. Akita Epson Corporation is part Seiko Epson and manufactures all current Orient movements in-house in Yuzawa, Akita, Japan.

Unlike Seiko, Orient is not as transparent when it comes to the technical details of their movements. Epson does not even list mechanical movements in their catalog. We’ll try our best to keep this page updated with useful information. Anything missed? Please add it to the comments below…

Orient claims accuracy of the caliber F6922 movement to be within -15 second – +25 seconds per day. These ratings are based on the watch being at room temperature with the mainspring fully wound and the dial up position.

Orient suggests that deviations from the accuracy claims should not be regarded within one day but within a one week period of results.

From the Orient manual: “In order to maintain the watch’s accuracy, we recommend wearing the watch at least 8 hours a day.”

The Orient caliber F6922 has a power reserve of 40 or more hours. Winding the crown 30 times will wind the spring fully and achieve full power reserve.

In Orient Watch USA’s own words

“After years of development, Orient had perfected a new watch caliber, the F6922, an automatic, hand-winding and hacking movement. It was built to succeed the oft-revered 46943 movement, which had powered Orient watches reliably for more than 40 years. Among the first watches to be powered by the new in-house caliber were the Mako II and the Ray II, which were released in April 2016.” –6/28/16

Since the F6922 is only used in Orient watches, individual movements are not available on the open market. If you need to replace the movement in your F6922 powered watch, you can consider using a non-Orient branded Epson caliber YN56. At the time of this post, the price for a new YN56 was found online for $46.57 USD.

Examples of watches with caliber F6922


Thank you to John for submitting the photo above of the caliber F6922 found in a Mako II.