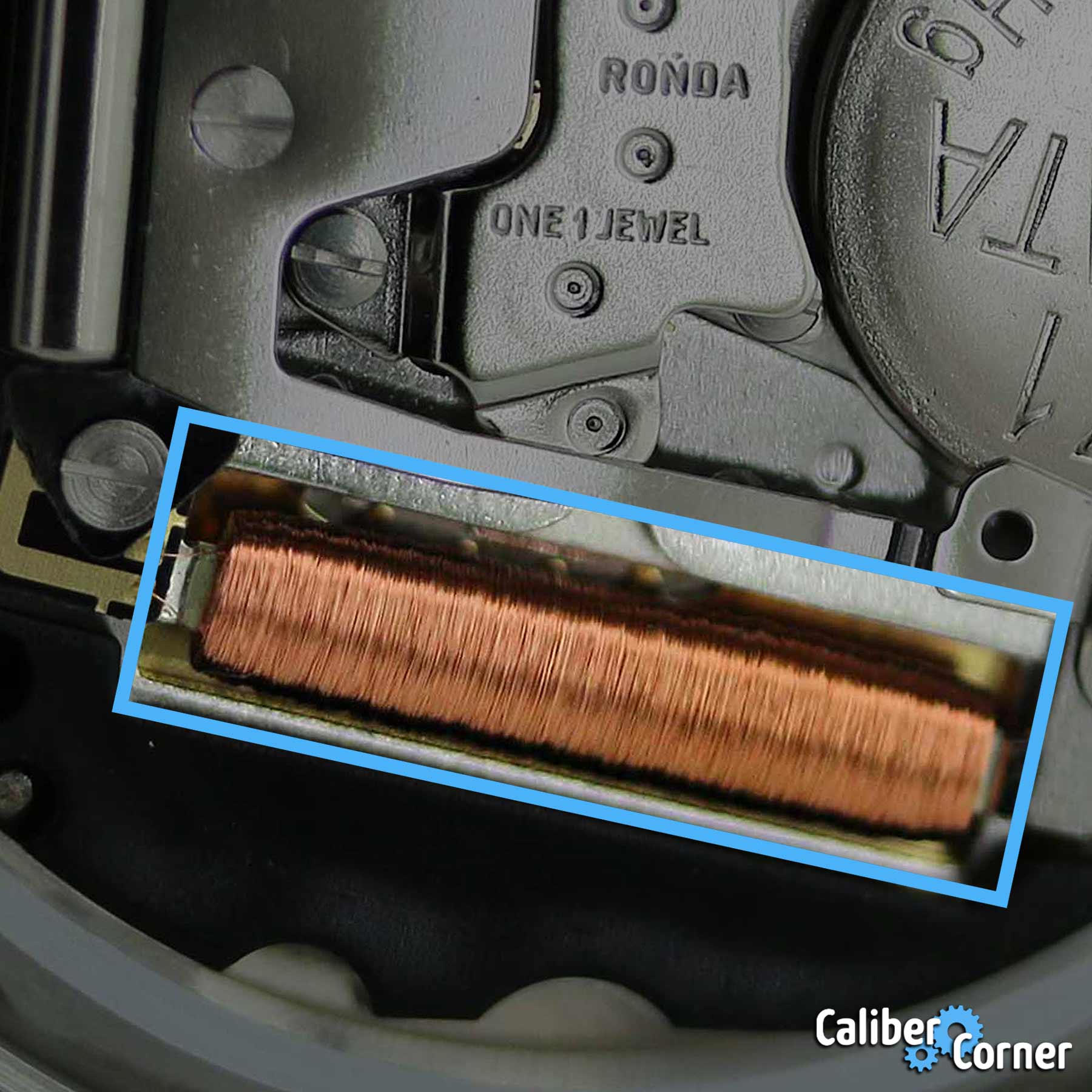 One of the common issues with the inexpensive Ronda quartz movements is that the coil is exposed without a cover, and it is located extremely close to the battery cell holder.

Because of this design, when performing a battery replacement it’s easy to slip the tool and scratch the coil. Don’t feel bad if this happened to you. Even experienced watchmakers will admit to occasionally slipping and scratching their tool across the coil.

For that reason, when changing the battery in your Ronda powered timepiece, be extra careful not to touch the coil. If you do, you will likely end up with a broken watch. Disappointment quickly sets in after installing a new battery only to find that the watch isn’t running like it used to.

Ways to deal with a broken Ronda quartz movement:

Luckily there are ways to fix a Ronda powered watch with a broken coil. But don’t get to work just yet. It should be noted that just because you installed a brand new battery, it doesn’t mean that the battery was good. Always try another battery or at least test your battery before jumping to conclusions that the movement is broken. After you make sure the battery cell is not the issue, you can consider your options for repair or replacement.

Many of the entry level Ronda quartz movements are extremely affordable compared to other movement options on the market. For example, you can get a Ronda 515 for under $10 USD – almost the price of a pack of new batteries! This low price makes entire movement swapping a viable option.

Where to buy a replacement coil?

How to replace the coil?

Check out the video below that shows how to replace a Ronda quartz movement coil from start to finish. This specifically shows the Powertech 500 family of movements, but the 700 series should be similar and it will give you an idea of how general coil repair works for basic movements.

Do this at your own risk. If you try this at home as a DIY, please remember to come back and share your experience in the comments below!