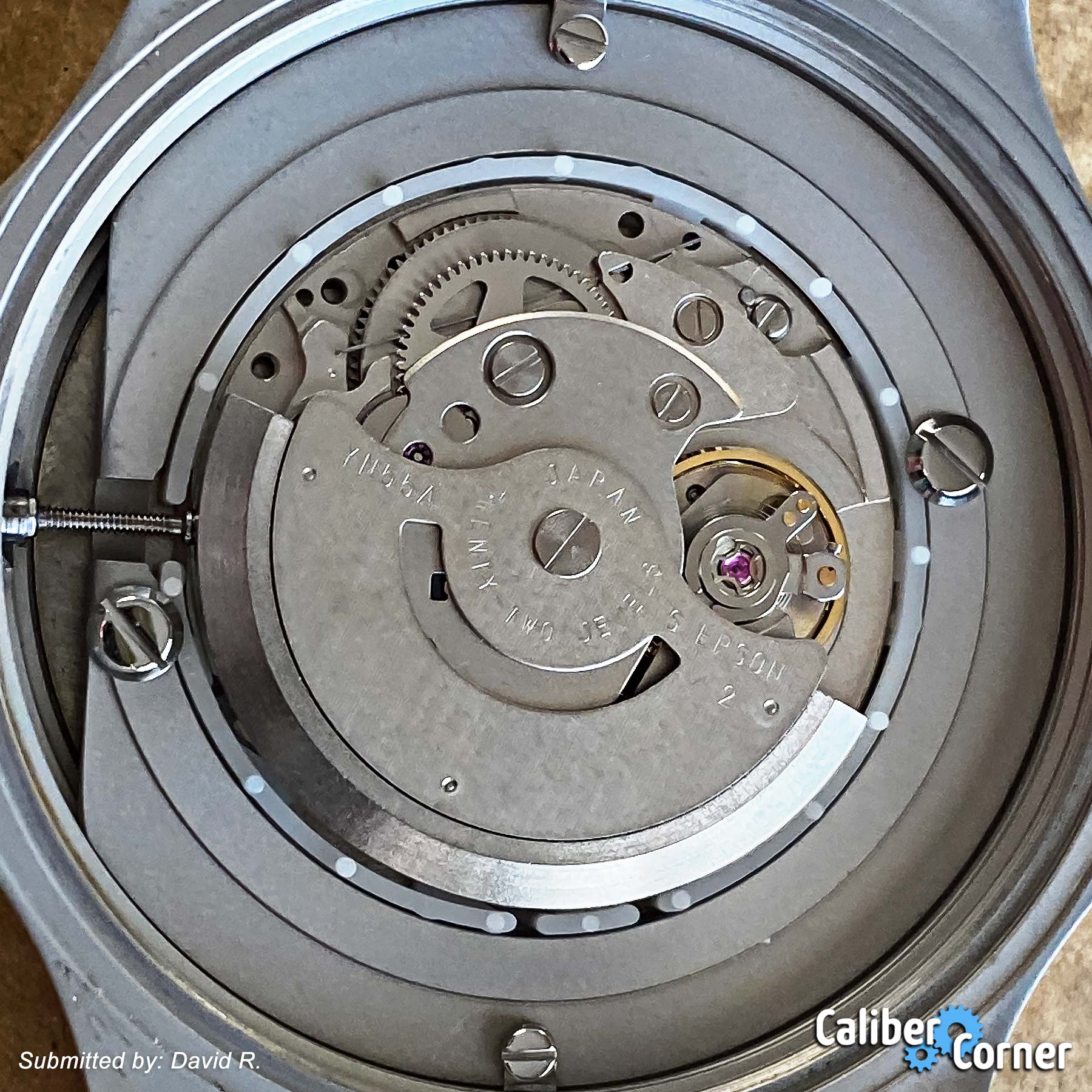 The S. Epson caliber YN55A is essentially an unbranded version of the Orient caliber F6922. It is a self-winding automatic movement with 22 jewels, also featuring hacking and hand-winding functionality. These movements are manufactured in Japan.

The letter at the end of YN55 indicated the iteration of the movement. YN55 is the base caliber number and YN55A is the first version. As of this post, there is only a YN55A iteration, therefore, YN55 is the same as YN55A.

Accuracy of the calibre YN55A is said to be within -25 seconds to +35 seconds per day. These ratings are based on the watch being at room temperature with the mainspring fully wound and the dial up position. Official documentation from Orient suggests that deviations from the accuracy claims should not be regarded within one day but within a one week period of results.

From the Orient manual:

“In order to maintain the watch’s accuracy, we recommend wearing the watch at least 8 hours a day.”

The YN55A has a power reserve of 40 or more hours. Winding the crown 30 times will wind the spring fully and achieve full power reserve.

To set the date on your S. Epson YN55 powered timepiece, pull the crown out one click to calendar setting position. Turn the crown counterclockwise to advance the date. Avoid setting the date between the hours of 8:00pm to 4:00am.

“After years of development, Orient had perfected a new watch caliber, the F6922 (aka S. Epson YN55), an automatic, hand-winding and hacking movement. It was built to succeed the oft-revered 46943 movement, which had powered Orient watches reliably for more than 40 years. Among the first watches to be powered by the new in-house caliber were the Mako II and the Ray II, which were released in April 2016.” –6/28/16

The YN55A example pictured below was found in a Vostok Europe Expedition North Pole 1 watch. Image submitted by David R. 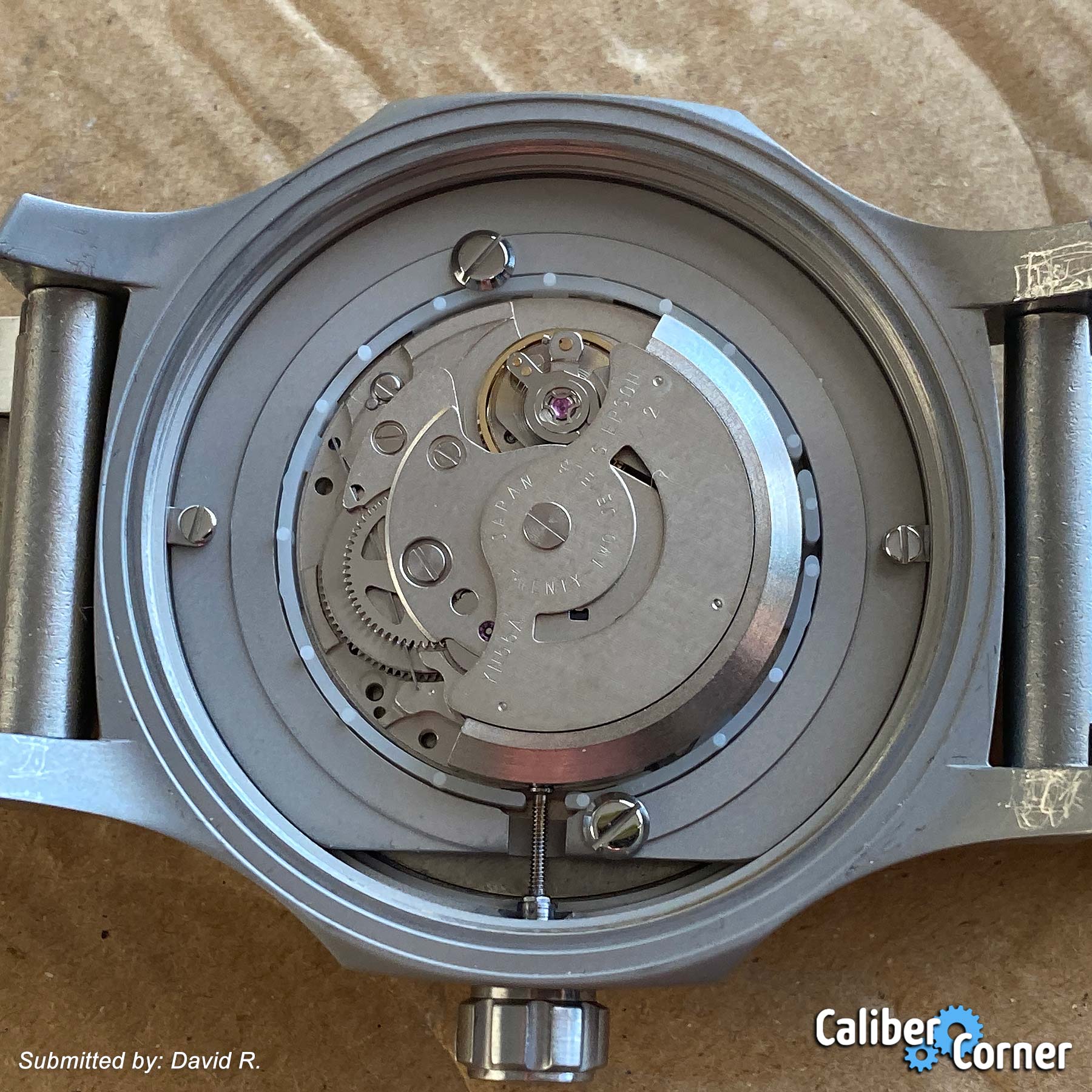