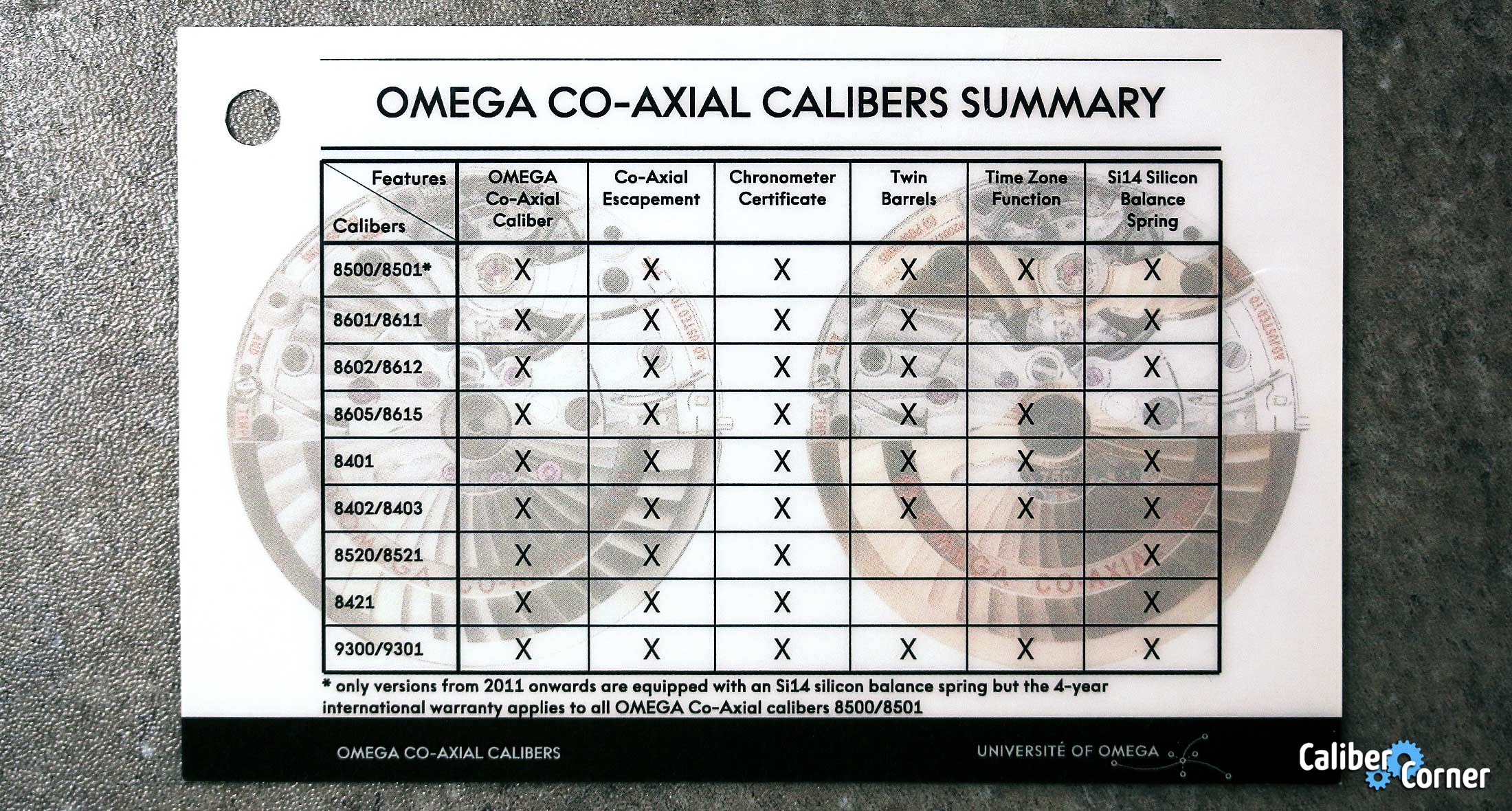 In Omega’s own words:

“The introduction of the OMEGA Co-Axial escapement in 1999 signalled a revolution in modern mechanical watchmaking. It was the first practical new watch movement to be launched for 250 years, and was the best performing and the most beautiful series-produced movement in the world. OMEGA Co-Axial chronometers are now achieving levels of performance previously unimagined for series-production mechanical watches. The Swiss watchmaker has produced a leap in mechanical efficiency that ensures more stable precision, and OMEGA technology has yet again marked a turning point in the history of mechanical watchmaking.” -Omega

This card showing the Omega Co-Axial Calibers by Family was given out during a Universite of Omega training event for authorized dealers. It is a sort of cheat sheet for sales staff to quickly find Co-Axial equipped watches when serving customers. 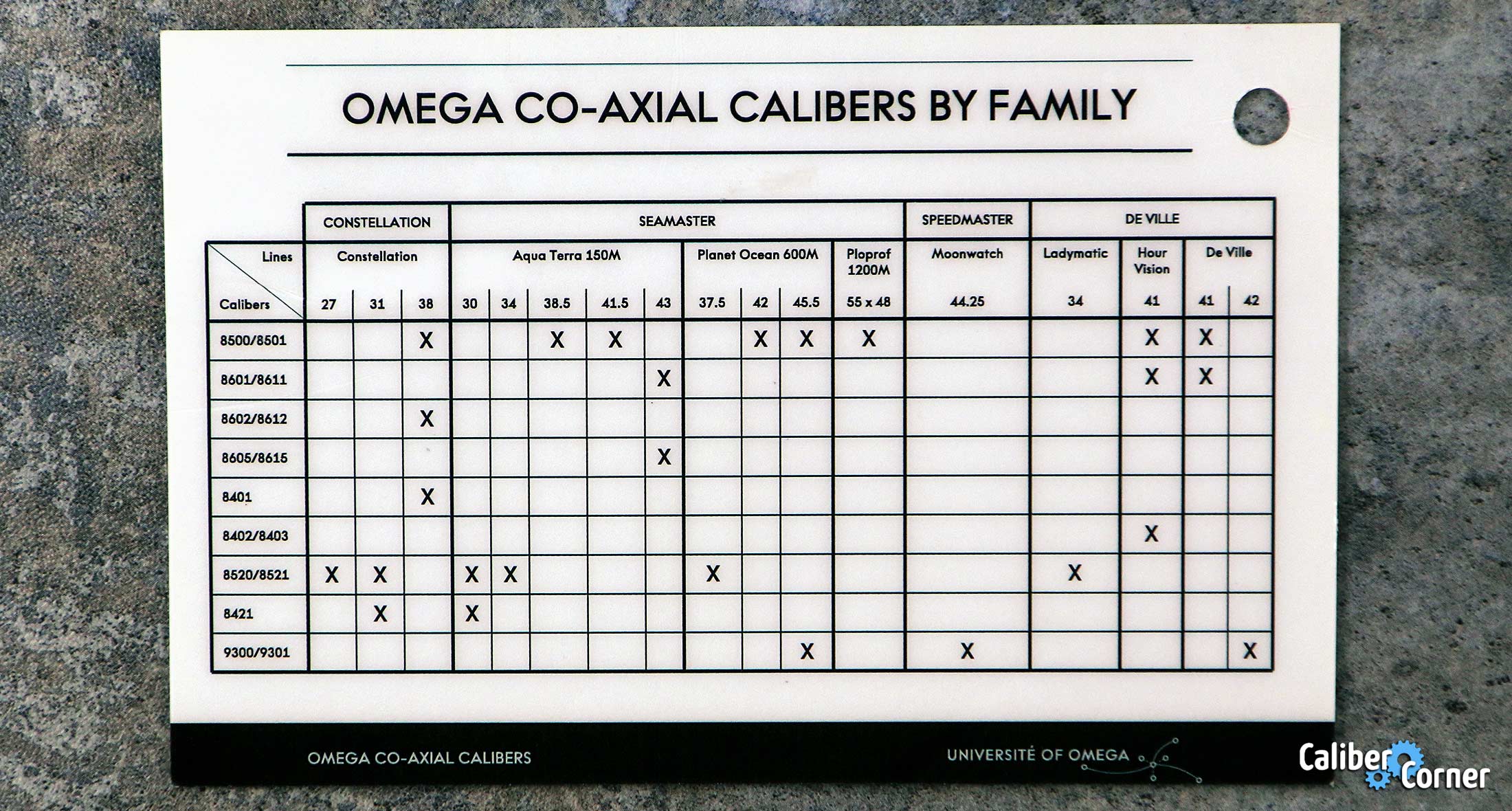 CoAxial calibers on this card:

The typical watch movement has a lift angle of 52 degrees, but you try to put your Co-Axial watch on the timing machine with that lift angle, you’re going to get an amplitude that is way off.

Despite setting your timing machine to the correct lift angle, you will first need to make sure your machine is compatible with Co-Axial equipped watches.

According to Omega tech sheets, timing a coaxial watch on a timegrapher requires the correct machine. With the older Witschi machines like the red case Watch Expert, Chronoscope M1 (old version), and the Wicometre Professionel models, the amplitude readout will not be measured correctly.

If you are using Witschi timegraphers, you will want to use the newer white case Watch Expert II, Watch Expert III, Chronoscope M1 (updated version). Chronoscope S1, or Chronoscope X1 models for correct measurements. Note that the test mode should be set to <Spe1> on your machine.

Most folks will be using a Weishi or other Chinese made timing machine, rather than the Swiss Witschi timers. If you have not yet purchased a timing machine and you want to be sure to get the newer No. 1900 model  for timing coaxial watches.