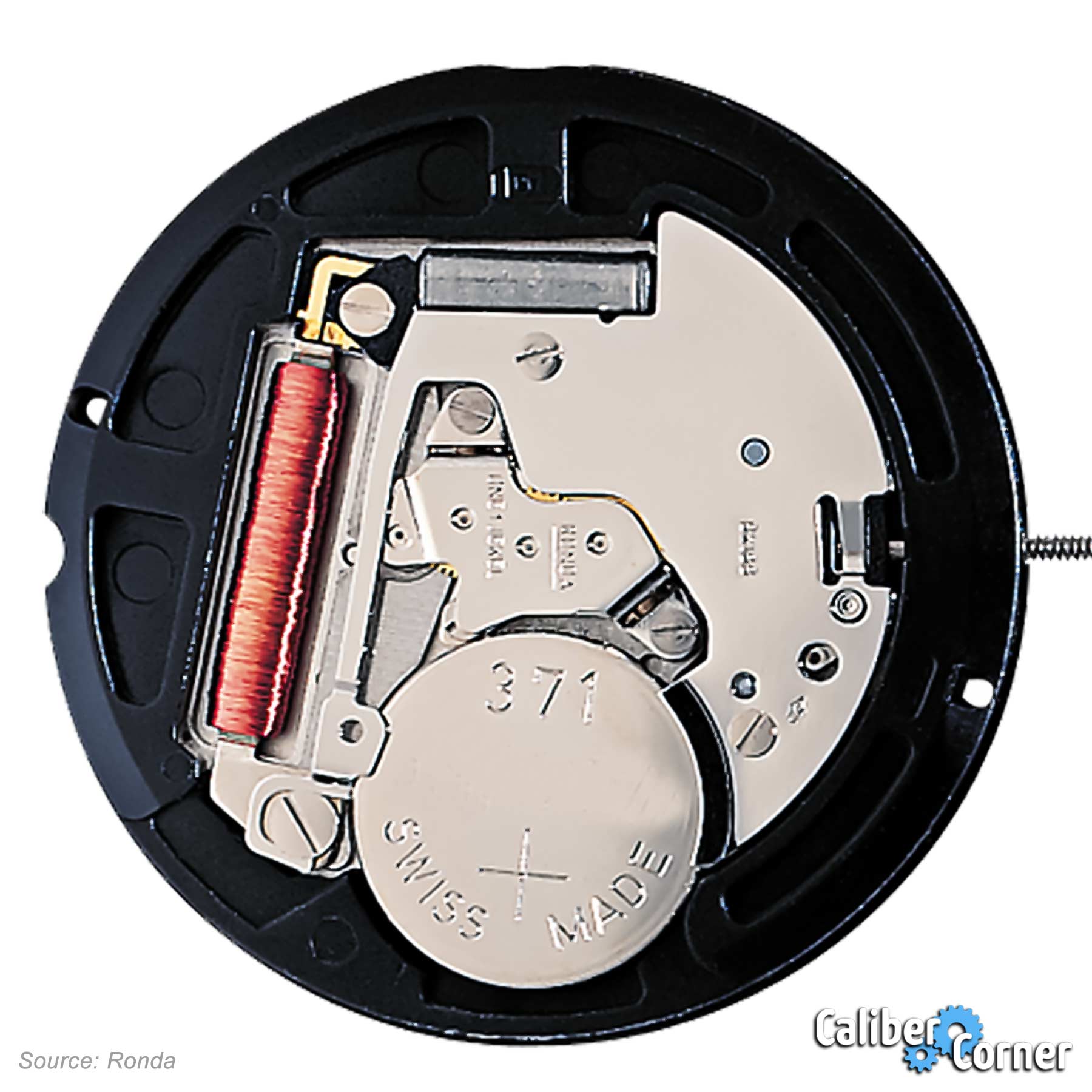 The Ronda caliber 515S is a common 3 hand quartz movement. This caliber is part of Ronda’s powertech family of movements.

According to Ronda, this caliber features: 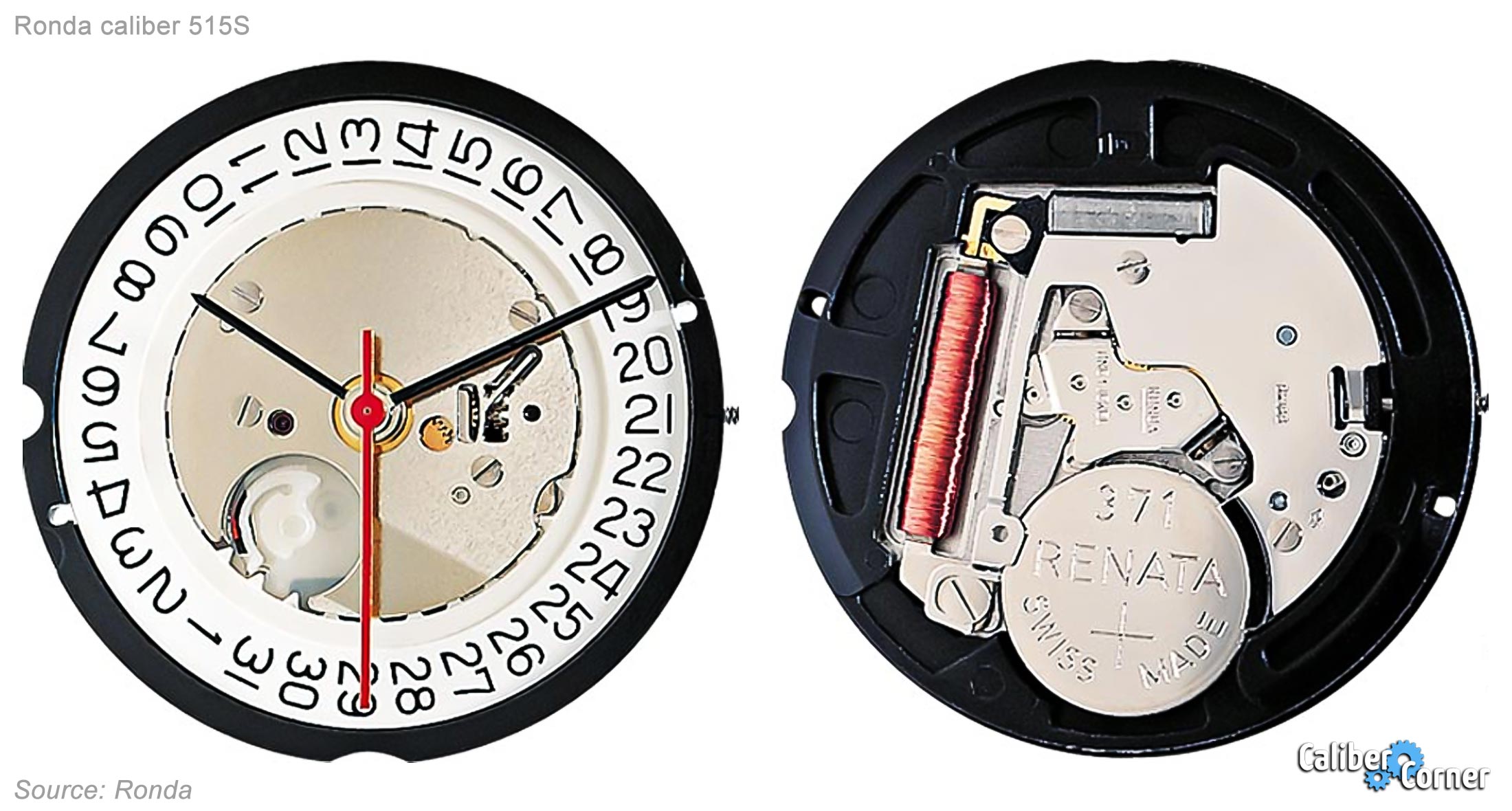 The 515S is a newer version of the 515 that fixes a motor pulse issue. Despite the 515S being a newer version, an interesting note is that the 515S only offers 24 months of battery life, but the 515 has a 45 month standard battery life. These two movements are interchangeable.

Have seen a lot of 515 powered watches, but none labeled as 515S. Ronda doesn’t give much information about the supposed motor pulse issue, but since it’s a case of a manufacturer admitting to a known issue and responding with a fixed version, there must be something to it. If you know anything about the motor pulse issues, or if you have experienced it in a watch, please describe it in detail below.

Official Ronda documentation claims that the 515S has an accuracy rating of -10/+20 seconds per month.

Swiss Parts Vs Swiss Made:

According to the Ronda website, there are two versions of the 515S: Swiss made and Swiss parts. Both are nickel plated with 1 jewel. You may see Swiss parts variations listed as being made by Harley Ronda. Other than the ability to put a Swiss Made label on the watch, there isn’t much difference between the two.

At the time of this post, the 515S is still not as common as the 515, so they are not as easy to find. Replacement prices for the caliber 515 were found online for $17.95 USD. Also note that many of the movement resellers will be offering Swiss parts versions, but don’t necessarily mention if the movement is Swiss made or Swiss parts in the description.