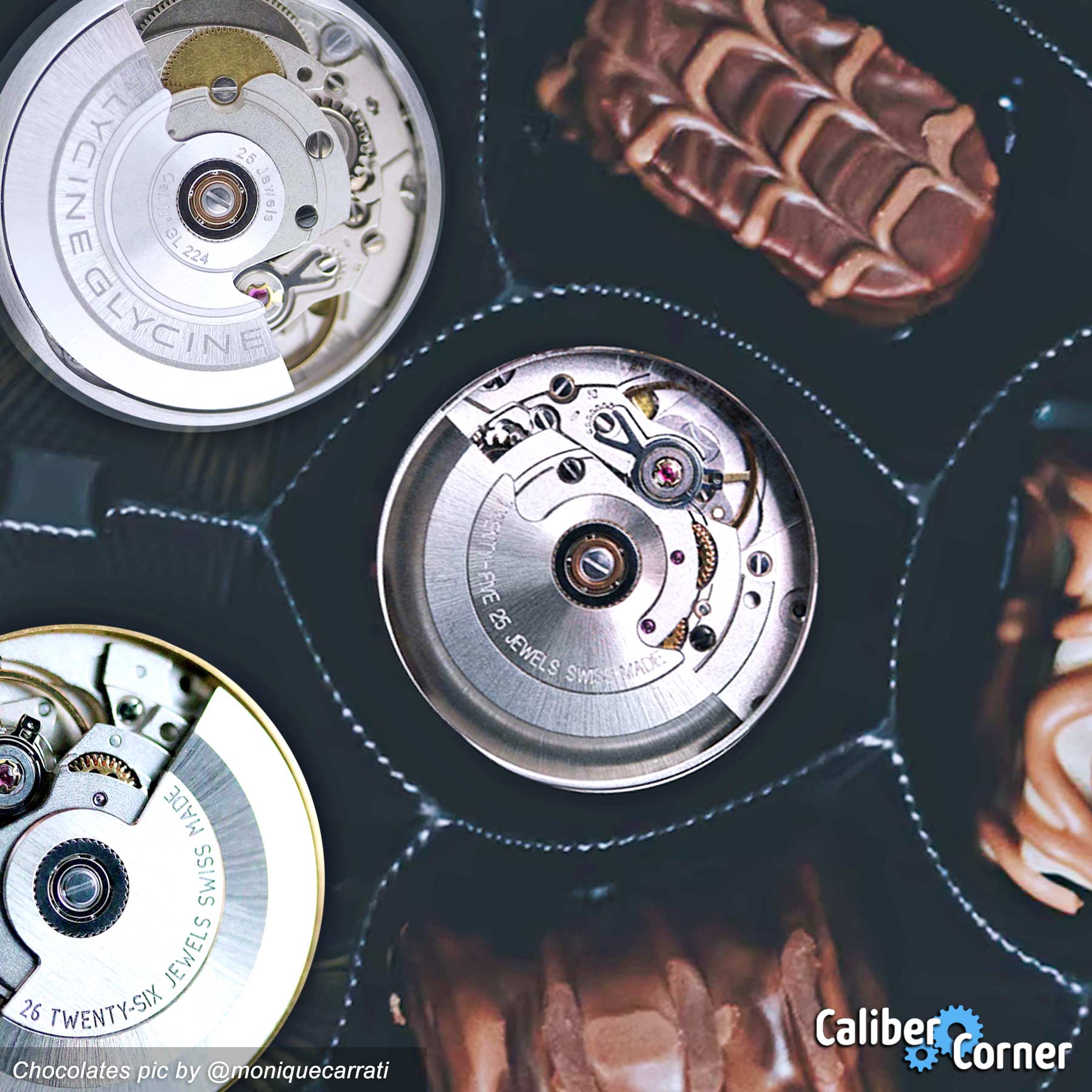 What is a “Forest Gump” Watch Movement?

What Caliber Corner has coined a “Forest Gump” movement or “Forest Gump” caliber is when a watch brand uses a blanket caliber number such as GL 224 or T600, but they use more than one movement as the base caliber without any indication of which one you will get when you buy the watch.

For example: You see that the watch has a “GL 224” but it ends up being powered by either an ETA 2824-2 or Sellita SW200-1 (or other movements) at random… you never know what you’re gonna get, like a box of chocolates.

When watch companies do this, collectors don’t actually know what movement is going to be inside their watch until the purchased watch arrives and they see it through the exhibition caseback or open it up.

This is not right for many reason, but most obvious is that some watch buyers prefer one movement over another. Also, some watch collectors who already have an ETA may be looking for a piece with a Sellita, but the Forest Gump Movement doesn’t let them do that.

Do you think is lack of transparency by watch brands is acceptable or misleading?

Brands should not try to hide the fact that they have supply issues or change a movement in the middle of a model production run. Instead of using a “Forest Gump” caliber number, they should simply modify their caliber number to indicate the difference in movement.

Why don’t they do this?

It’s not always that the brands are intentionally trying to scam consumers out of one movement or another, it’s most likely because they don’t want to take the time to (or think they shouldn’t have to) explain to customers that they are switching their movement supplier. It’s also because it creates confusion with the descriptions on their website and marketing material. This also causes potential issues with their retailers who don’t know enough about watch movements to be able to explain the difference to customers.

Do you know of any brands using “Forest Gump” watch movements? Add their calibers in the comments below…

Note: A “Forest Gump” movement is not affiliated or endorsed by anything to do with the actual Forest Gump movie or brand. The use of the term “Forest Gump” is in jest and parody to describe a random situation similar to the quote in the film about life being like a box of chocolates. If this post makes you want to watch Forest Gump the movie, you can watch it here.