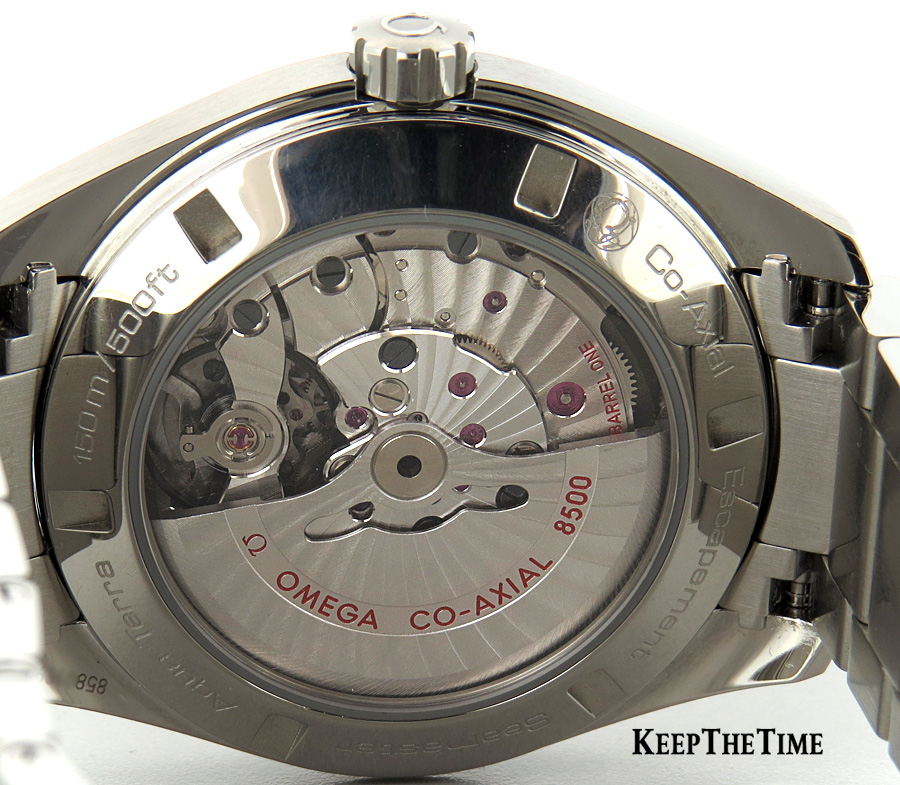 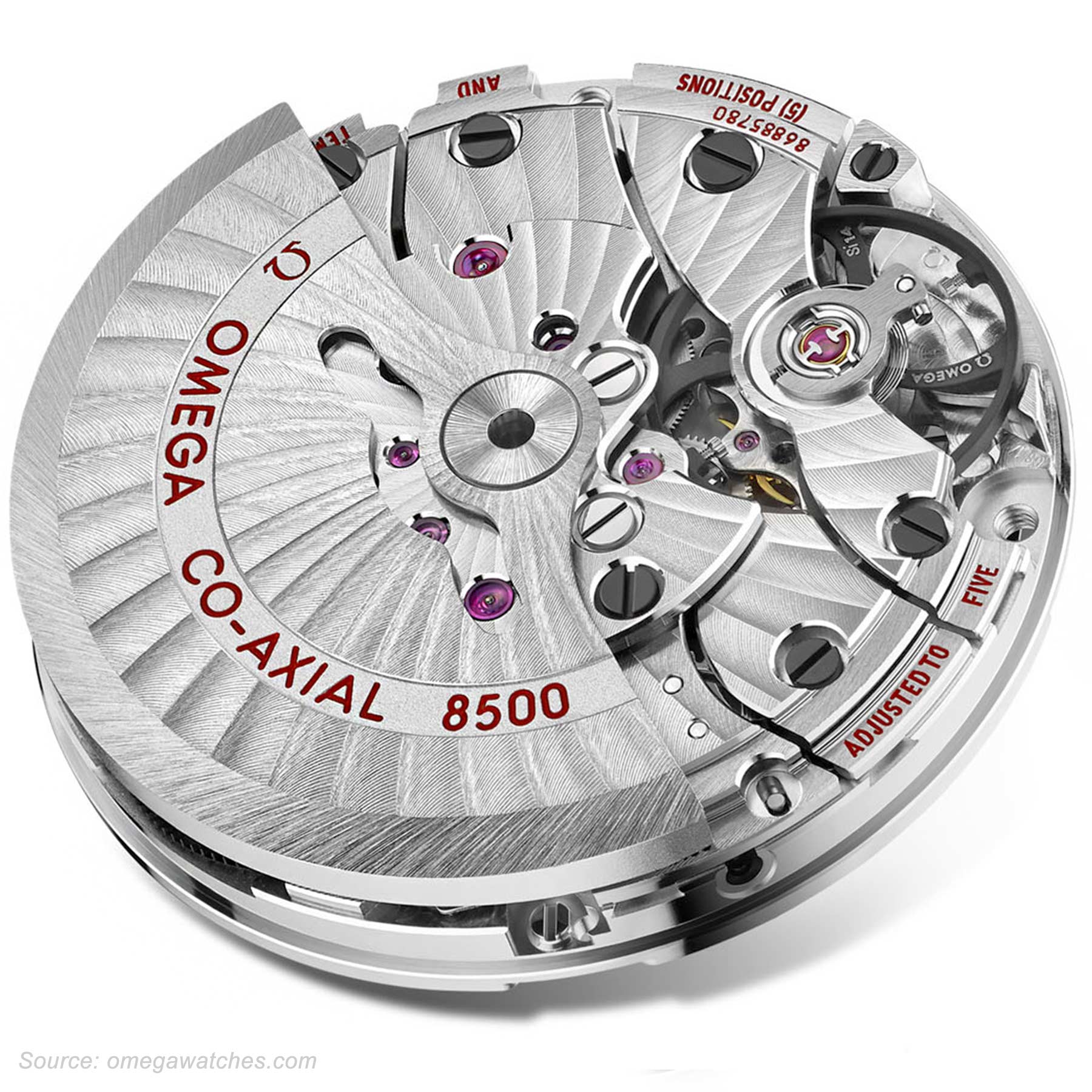 The Omega caliber 8500 is an in-house automatic movement. The rotor winds in both directions to reduce winding time. Power reserve of 60 hours. Swiss made. The pictures below are from an Omega Seamaster Aqua Terra Golf Edition and a newer style Planet Ocean XL.

The 8500 equipped with Co-Axial Escapement for “greater precision, stability and durability” according to the Omega website.

This questions reappears constantly in the watch community. Omega calls the 8500 and in-house movement, however, many enthusiasts are hesitant in giving this designation to the movement since the movements are apparently made by ETA with Omega (Co-Axial) designs and technology. But ask yourself this, if the conglomerate Swatch Group owns Omega and also owns ETA, does that mean any proprietary movements made by ETA for Omega could be considered “in-house” since they basically live under the same roof (Swatch)?

We do know for certain that Omega’s “in-house” caliber 9300 was made in ETA factories.