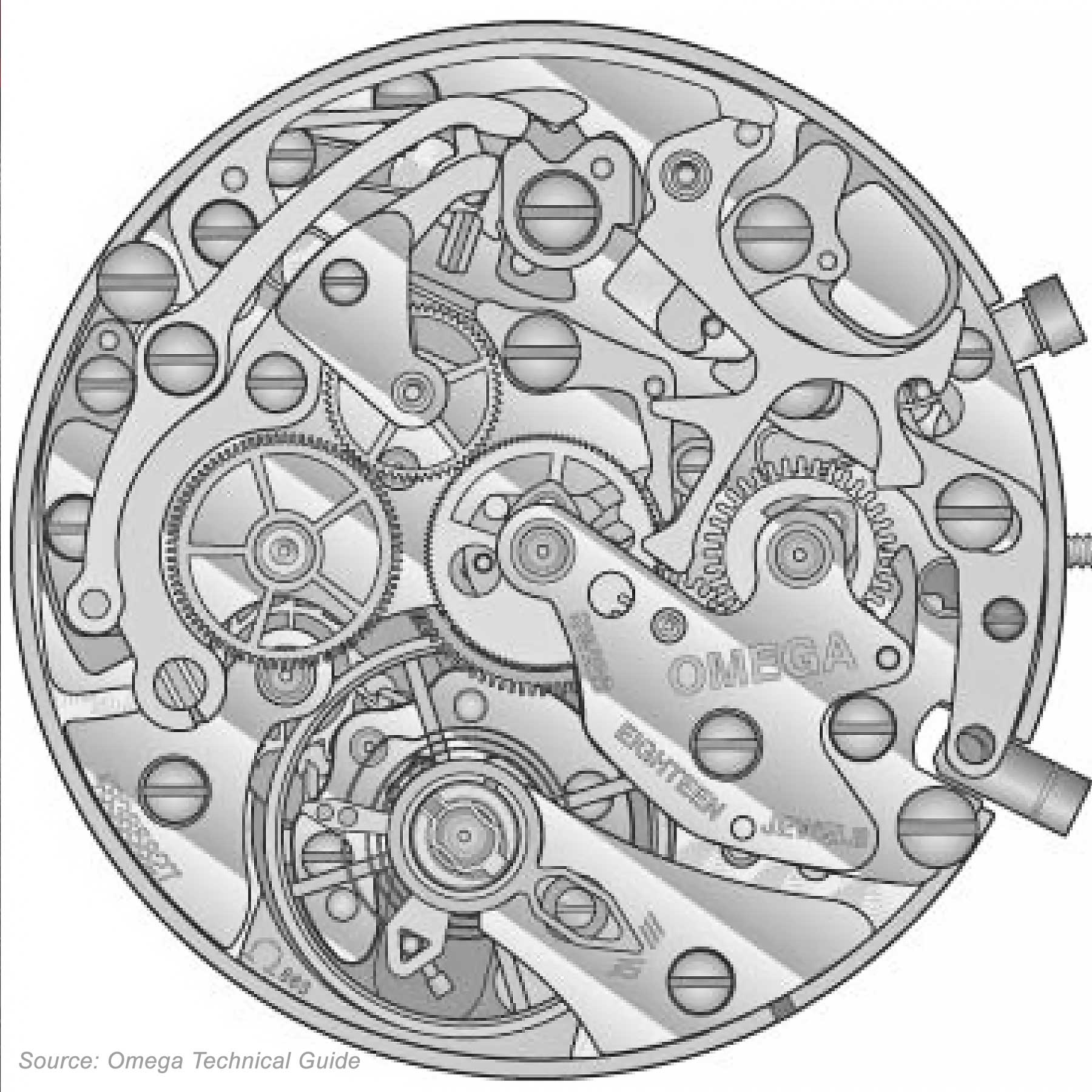 The Omega caliber 863 is a mechanical manual-wind chronograph movement found in some Speedmaster Moonwatch models. It was launched in 1985 and used until becoming the caliber 1863 around 1997. The 863 is based on the Lemania caliber 1873.

There is a similar caliber 861 which Omega documentations references as the base for the 863. The 861 has Delrin plastic parts (brake) and the 863 does not (although some early 861 also had the metal brake). The 861 would be found in watches with a solid back and the 863 in watches with an exhibition style caseback. It’s commonly thought that the 863 has 18 jewels and 861 has 17 jewels, this is mostly true but not entirely – early 863 movements has 17 jewels and later 861 examples (circa 1993) made use of the 18th jewel. The “extra” jewels is located on the small chronograph wheel. Where the 17J calibers had a metal bushing, the 18J have a ruby.

As for the plastic brake, there are always debates as to which is better. Some folks don’t like the idea of “plastic” parts in their luxury watches, but others see it as a strong solution to a part which is prone to wear with chronograph usage. Therefore, do you want a watch with a gorgeous view of the movement from the back, but possibly with a part that can eventually break? Or, do you want a solid back without the view, with a durable part that can withstand consistent start, stop and reset actions of the chrono function.

There is another similar Omega caliber 1863 with the main difference being that the 863 has a gilt (copper red or yellow gold tone, not actually gold) finish and the 1863 has a rhodium (silver tone) finish with Côtes de Genève aka Geneva stripes. The 863 is found in the Speedmaster reference 3592.50 and the 1863 can be found in the 3572.50.

You may see the caliber 863 incorrectly listed as having a power reserve of 48 hours (most sites just copy and paste from each other without manually verifying the information they publish), however, Omega officially claims a power reserve of 45 hours. It’s not a huge difference, but it’s better to go by the manufacturer’s specs. Please comment below if your watch experiences more or less than the stated 45 hour power reserve.

Drawings front and back: 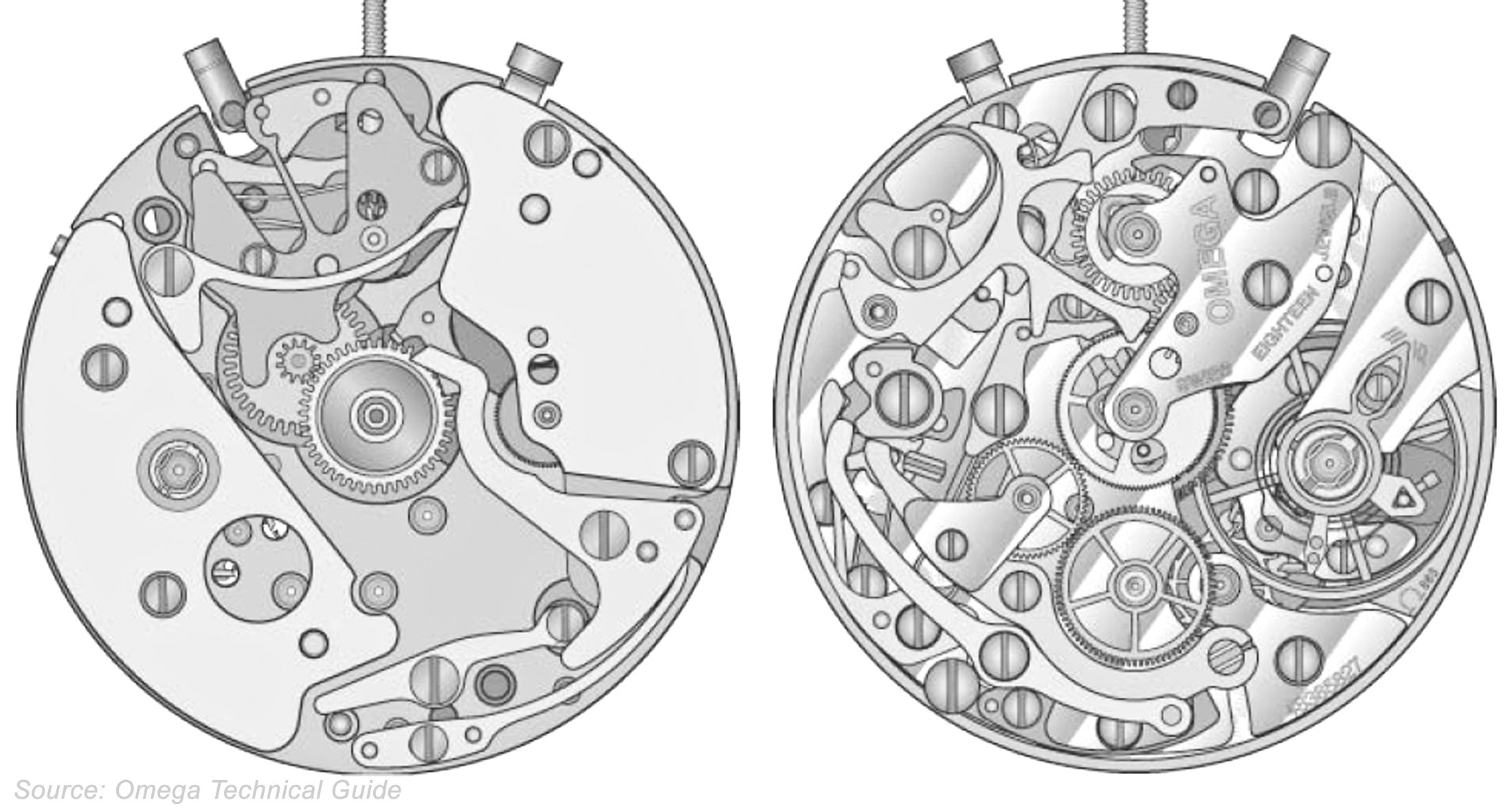