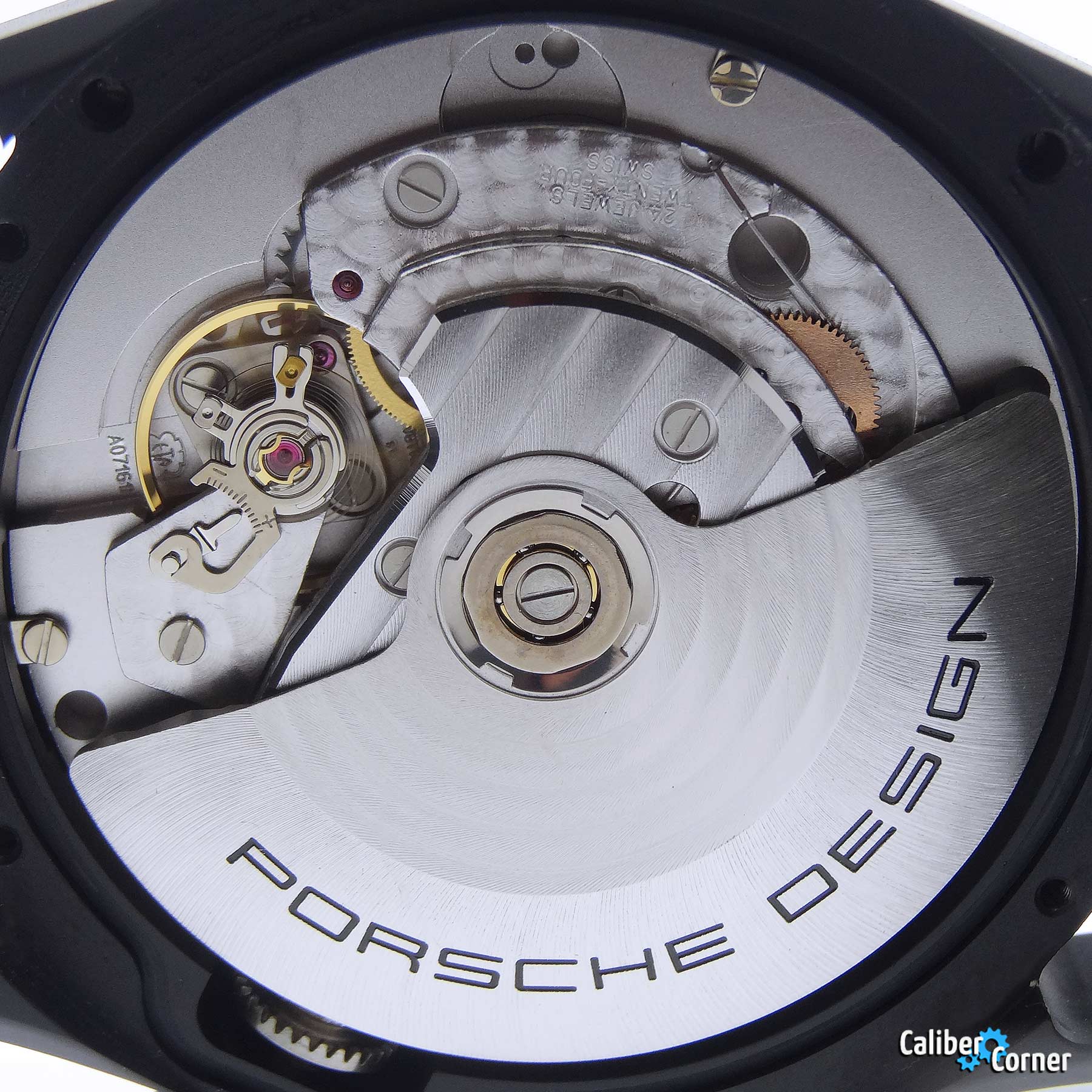 This example of the ETA Valgranges caliber A07.161 was found in a Porsche Design Worldtimer. Other watch sites state that this watch model is powered by an ETA Valgranges A 07 111 with Eterna module. However, the actual movement inside is stamped ETA A07.161 (A07.111 is the base).

“Its ETA Valgranges calibre A07.111 movement that was introduced in order to replace the ageing (and also iconic) ETA 775x family of chronograph calibers (and also to better suit modern “larger” wristwatches) is heavily modified by Eterna’s engineers and is hidden inside a huge case whole 45 millimeters in diameter and 16.8mm thick.” –worldwatchreview

According to the ETA site, the caliber A07.161 is equipped with “Regulator system ETACHRON with finetiming device.”

Other variations of this movement include: