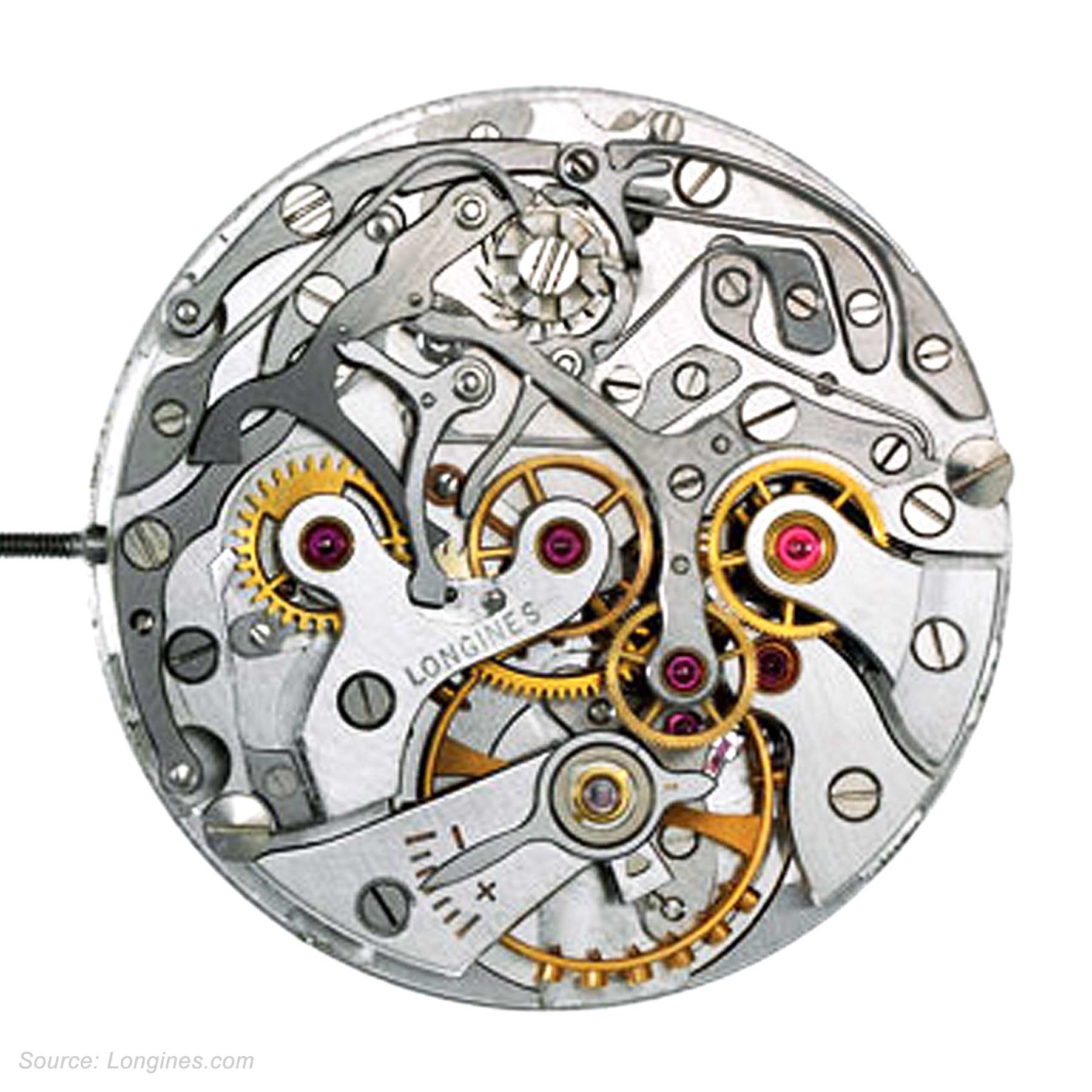 The Longines caliber 30CH is a manual-wind column-wheel flyback chronograph watch movement. This caliber was first introduced in 1947 and was in production until the 1970s. The 30CH is considered to be among one of the legendary chronograph movements.

The 30CH was introduced about 11 years after Longines launched the patented caliber 13ZN, which is considered to be the first flyback chronograph wristwatch movement.

While the caliber 30CH can mostly be found in dressy silver or gold dial chronograph watches, Longines also put this movement in sportier pieces. One such model is the Nonius 8225, featuring a 1/10 second timing function via a 1/10 scale as part of the chronograph second hand. The movement in the Nonius is caliber 538, based on the 30CH.

If you find a 3 letter “LXW” code engraved on the balance bridge, this is the US import code for Longines watches at the time. This code is no longer needed.

Note: This caliber listing still needs some high quality photos of the 30CH to be complete. Click here to add some.