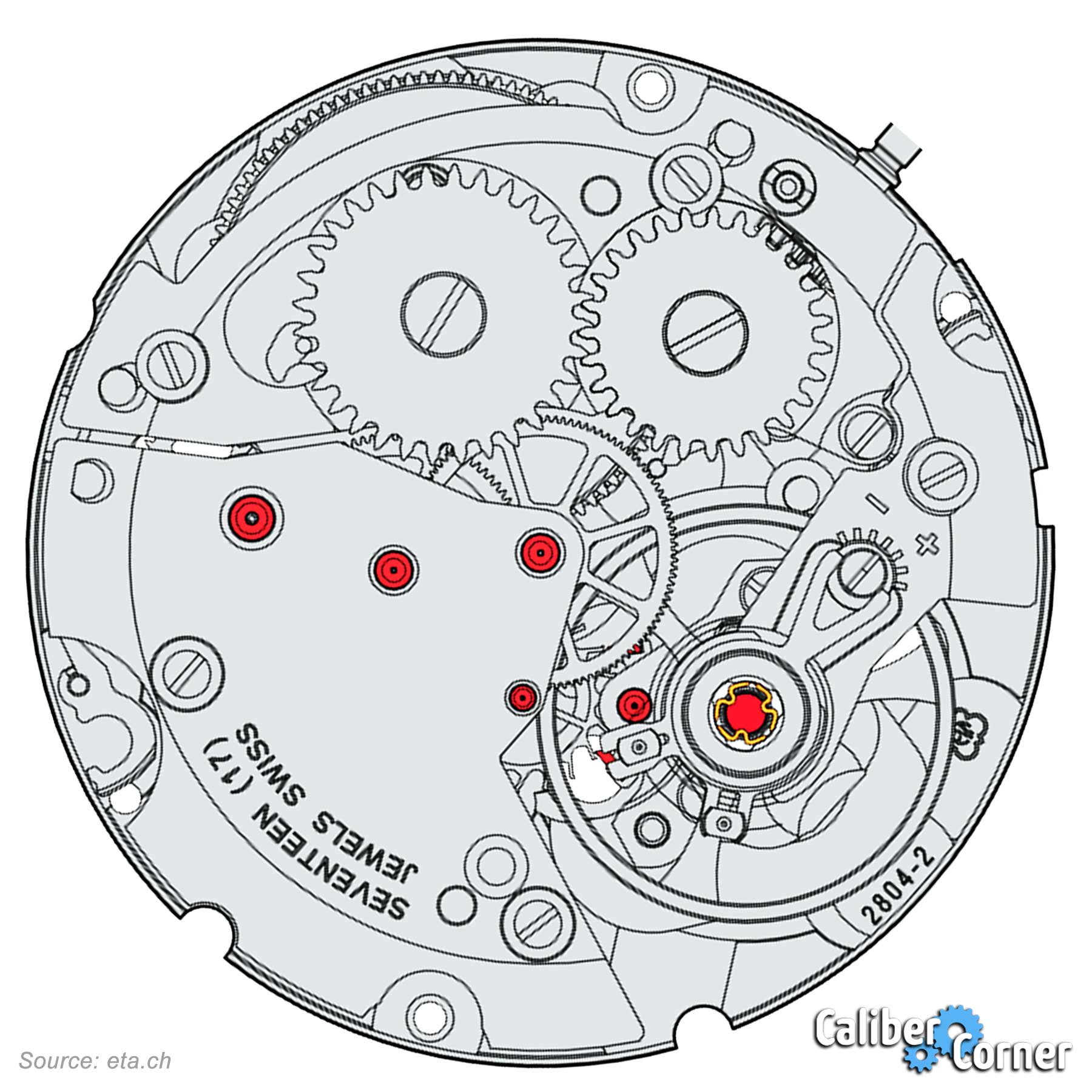 The ETA caliber 2804-2 is a member of ETA’s Mecaline family of mechanical watch movements. It is a manual-wind movement with 3 hands and a date. Swiss made with 17 jewels. 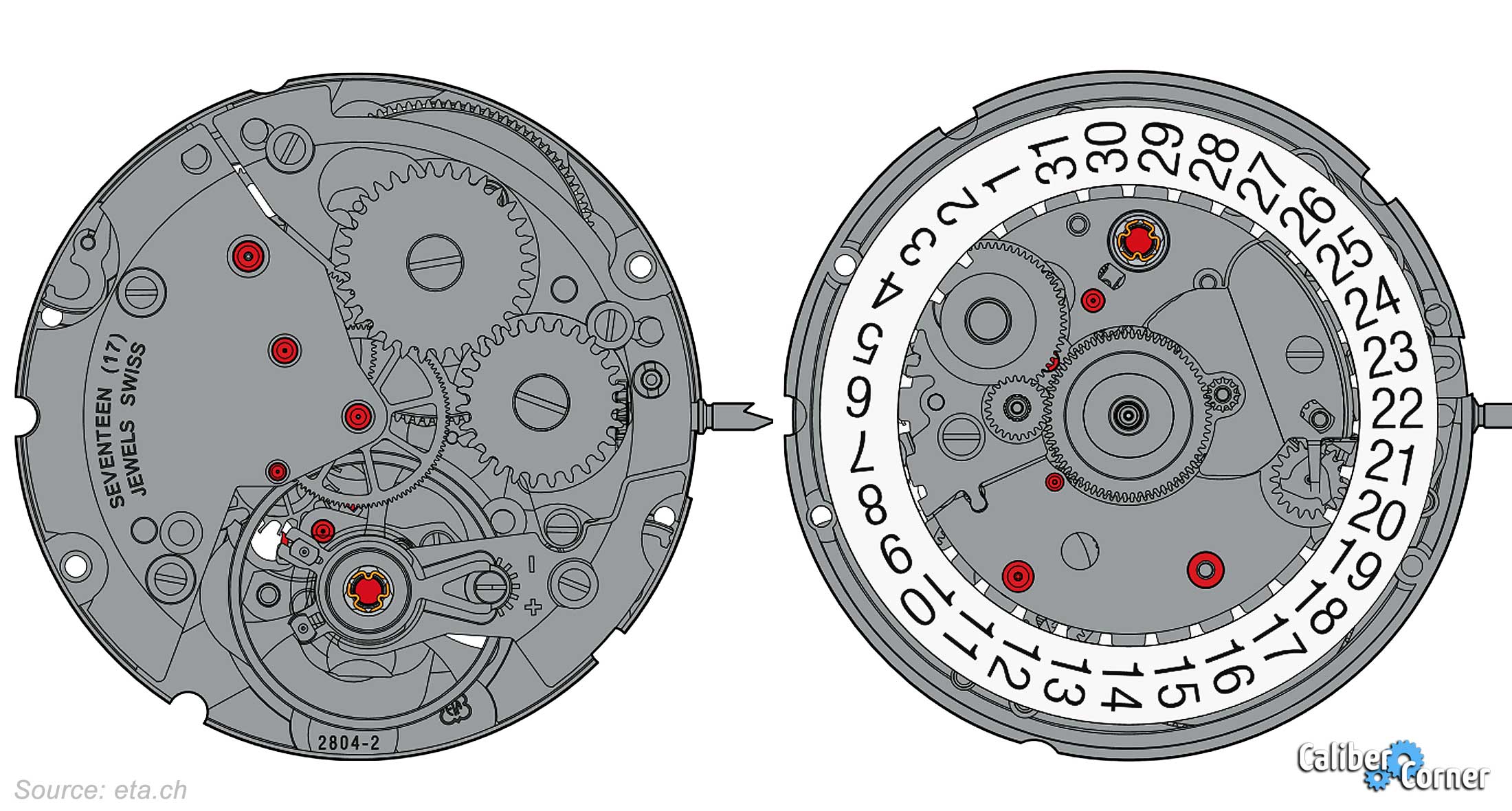 The 2804-2 is most well-known for being the manual-wind version of the legendary ETA caliber 2824-2 automatic workhorse movement. The differences and similarities have been compared extensively here.

There is a similar caliber 2801-2 which the 2804-2 is based on. The main difference between these two hand-wound mechanical movements is that the 2804-2 has a calendar complication and the 2801-2 is a basic 3 hand watch without a date.

Since the patent giving exclusive rights to ETA for the design of the 2804-2 expired, there are similar movements aka “clones” available that are based on this movement: For example the Sellita caliber SW215-1. Some sites refer to the Sellita 215-1 as improved version of the 2804-2, but this is mostly because of two reasons:

The Sellita has two extra jewels.

There are 19 jewels in the Sellita VS 17 in the ETA. However, what folks don’t talk about is that extra jewels don’t always equate to being better, and the two extra jewels in the Sellita aren’t proven to make it a superior movement. Sellita appears to have made it a point to add an extra jewel or two to all of their ETA clone movements, which comes in handy when trying to distinguish the two movements. Something else that isn’t talked about is that while the overall patent protection has expired on many ETA movements, there are certain components or systems within the movements that are still protected.

At the time of this post, ETA movements are unavailable. some watch parts suppliers may still have some new old stock for sale. Prices were found online for around $230.00 USD.