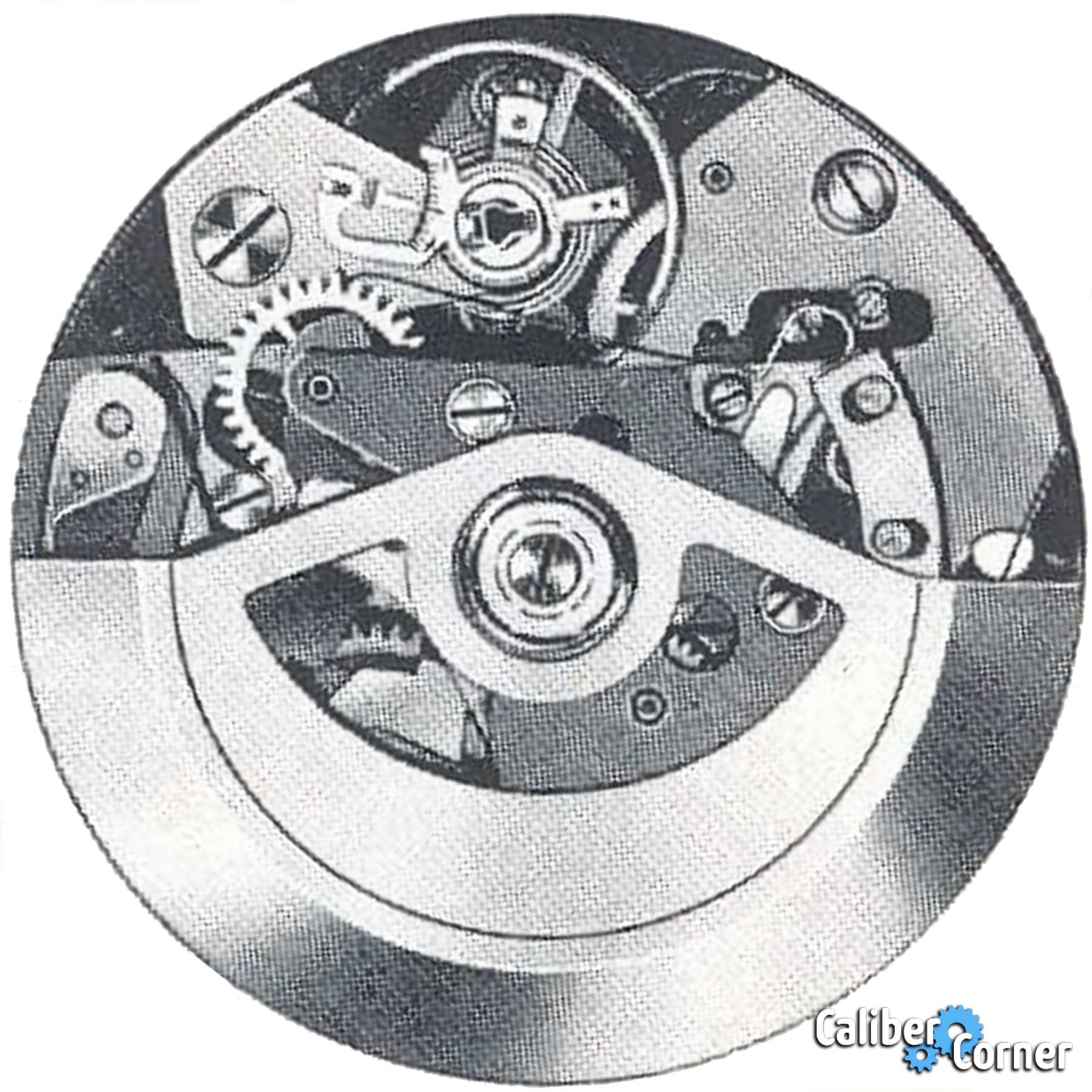 The 7755 is based on the popular 7750 framework, with one big difference being that it is a bicompax chronograph without the 12 hour counter found on the tricompax 7750. With bicompax watches recently trending in popularity (mostly due to the watch community’s newfound willingness to accept Chinese made Seagull movements as an affordable option for mechanical chronograph microbrand watches), most enthusiasts are used to a 3:00 and 9:00 layout of subdials. The 7755 is an offset bi-compax layout with a small seconds subdial at 9:00 and a 30 minutes chronograph totalizer at 12:00.

Another notable difference is that the 7750 features a day/date at 3:00 and the 7755 just has the date. The 7755 is slightly thinner overall at 7.25mm compared to the 7750 at 7.9mm. Various parts between the two movements are interchangeable, except where the calendar complication chronograph complications are concerned.

The 7755 is an automatic chronograph with a date, but there is a similar movement that is manual winding without the automatic wind unit: Valjoux caliber 7765. The handwound version is slimmer at 6.35mm compared to a thickness of 7.25mm for the 7755. The 7765 also has the same subdials at 9 and 12. This layout feels quite odd on a modern watch, perhaps so much so that a brands like LeJour even went as far as designing watches with a non-functional subdial at 3:00. 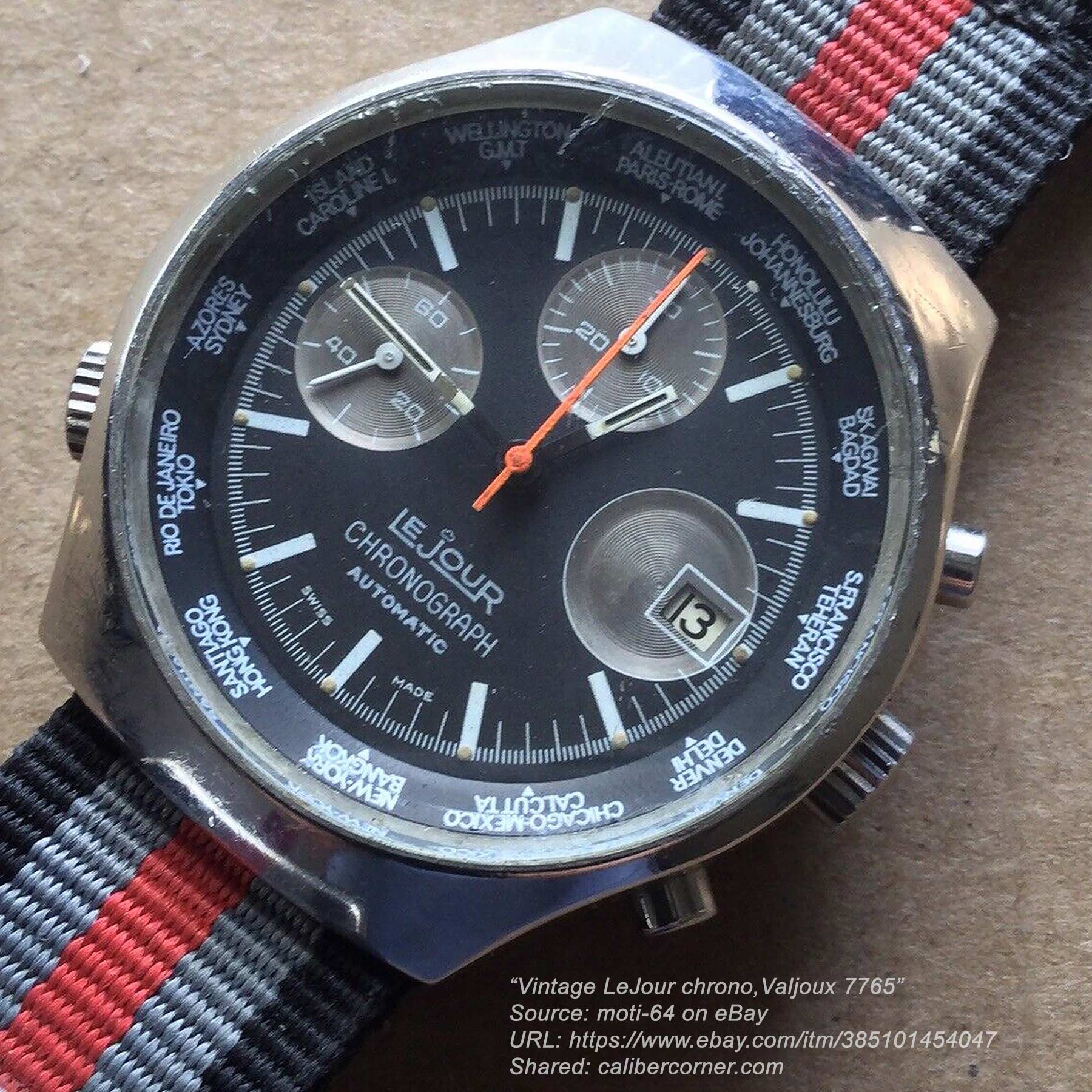 Unlike quartz powered chronograph movements, mechanical watches do not have the luxury of using a reset sequence to get the chronograph hand to line up to 12:00. If your caliber 7755 powered watch has a hand that is not lining up, it could be a mechanical problem and should be inspected by a professional watchmaker. Your watch may need serviced or the hand might need to be reinstalled.