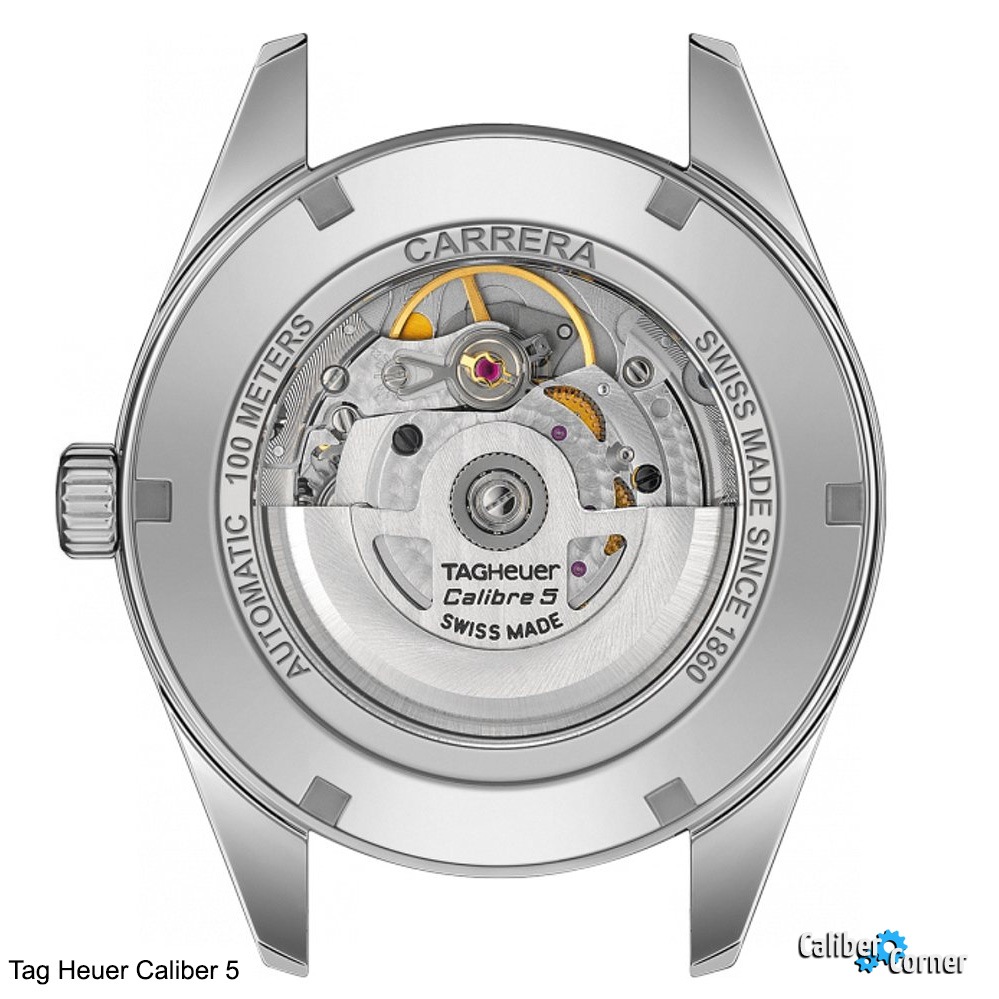 The TAG Heuer Calibre 5 automatic watch movement can be based on either an ETA caliber 2824-2 or Sellita caliber SW200-1. Most, but not all of the Caliber 5 movements feature Côtes de Genève decorating on the rotor, which is also engraved with TAG Heuer / Calibre 5 / Swiss Made.

“All TAG Heuer automatic movements are made in Switzerland and must meet extremely strict criteria for precision before they make it onto your wrist. Their high frequency ensures excellent mechanical precision.” -Tag Heuer

As mentioned above, TAG Heuer watches powered by the Calibre 5 movement can contain either an ETA 2824-2 or Sellita SW200-1 base caliber. The easiest way to tell which movement your watch has is to look at the jewel count engraved on the movement itself. 25 jewels means you have an ETA, 26 jewels means you have the Sellita.

TAG also uses a high grade variation of the 2824 which is COSC certified. However, keep in mind that not all Calibre 5 movements are COSC. Here is what TAG says about it:

“A number of TAG Heuer automatic movements are awarded an Official Swiss Chronometer Control (C.O.S.C.) Certificate, the ultimate recognition of precision and reliability.”

If you find examples of watches that contain the Calibre 5 but with obvious differences in the appearance of the rotors (oscillating weight), do not be alarmed. The Calibre 5 has been in production for quite some time and has undergone some updates in terms of style. Older models will have a solid rotor, while the newer versions have two triangle shapes cut out at the bottom. You may notice that the first movement rendering below has a rounded rotor without Côtes de Genève (Geneva stripes), but there arealso  rounded versions with 8 vertical stripes (as seen in the photo below). 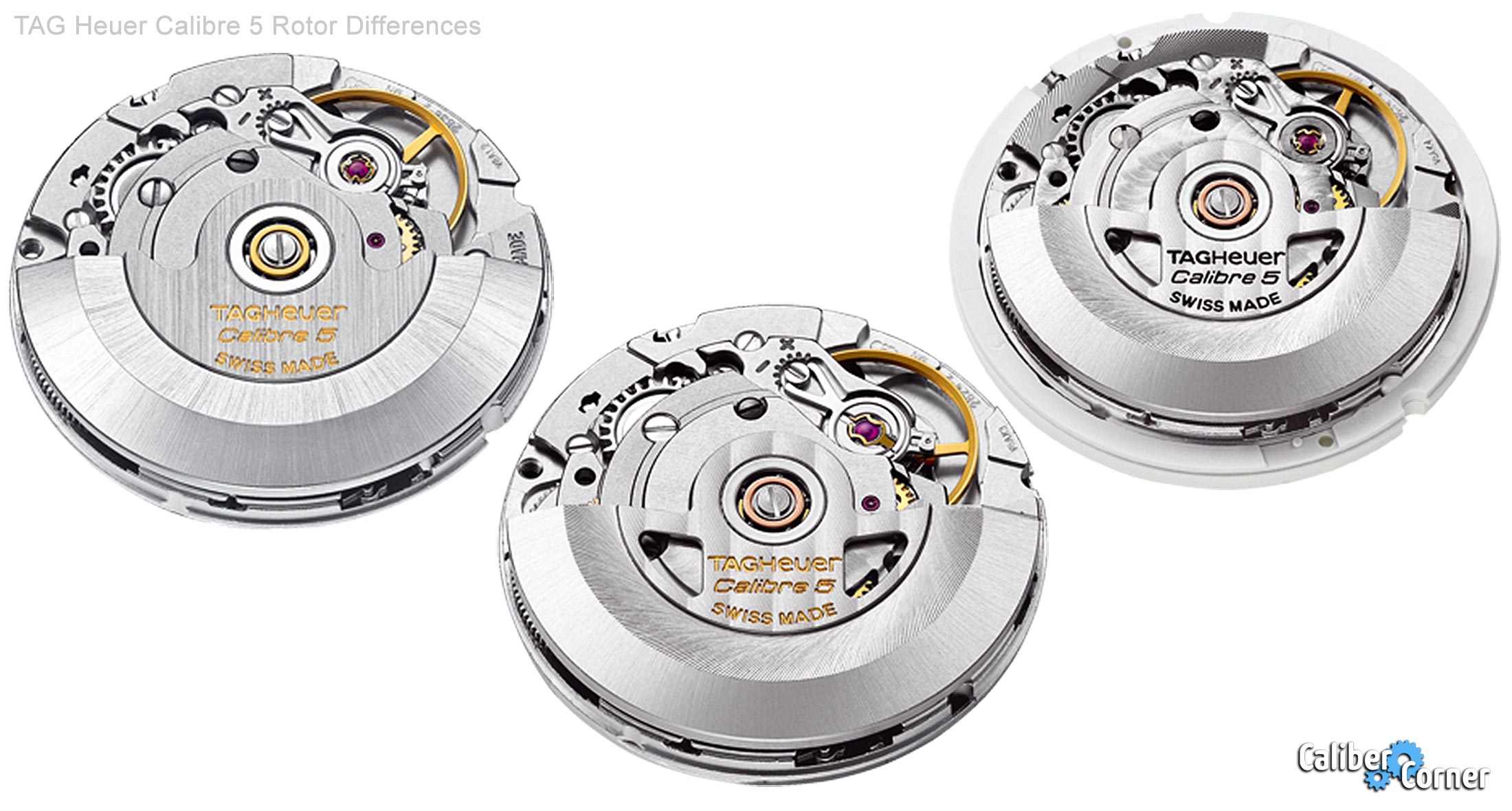 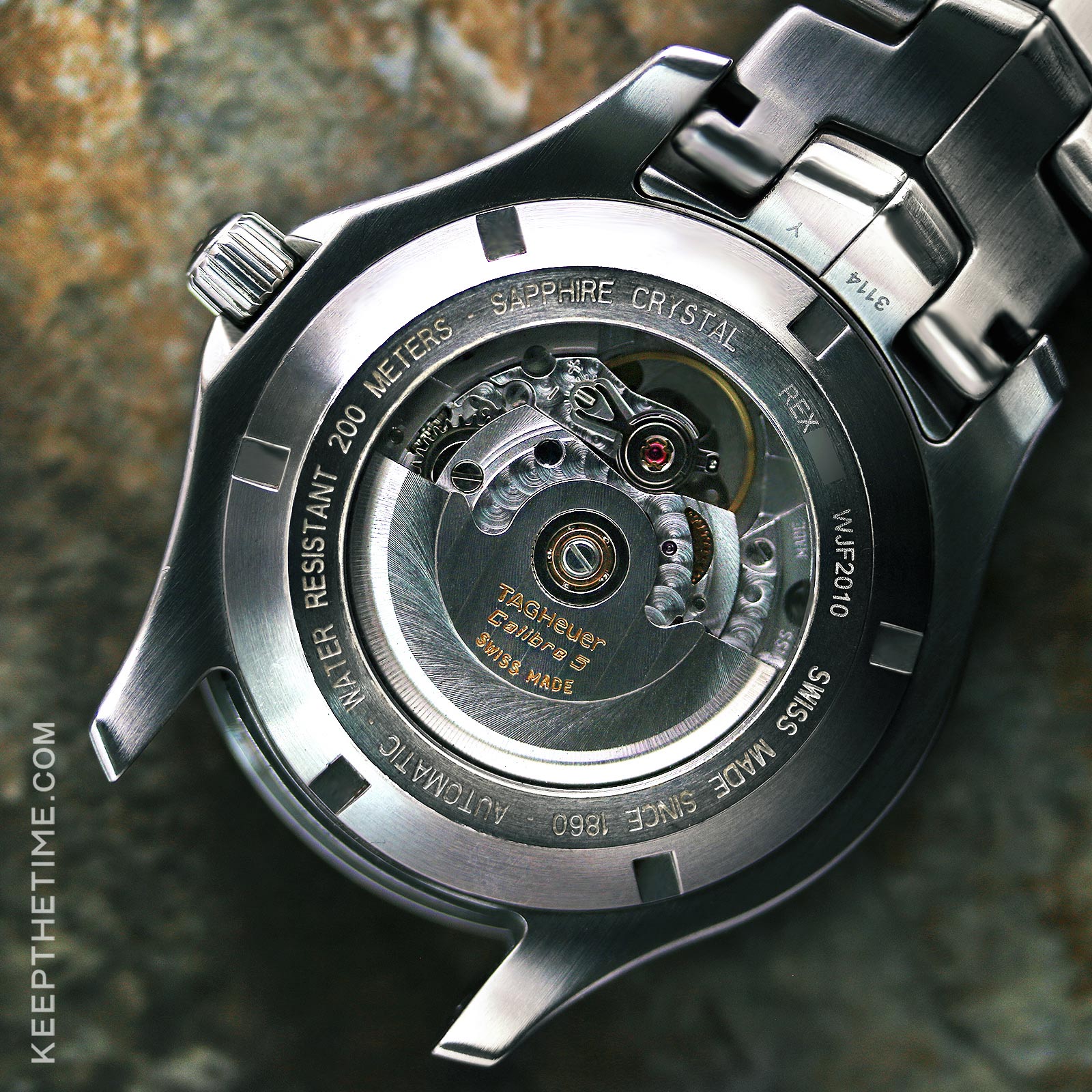