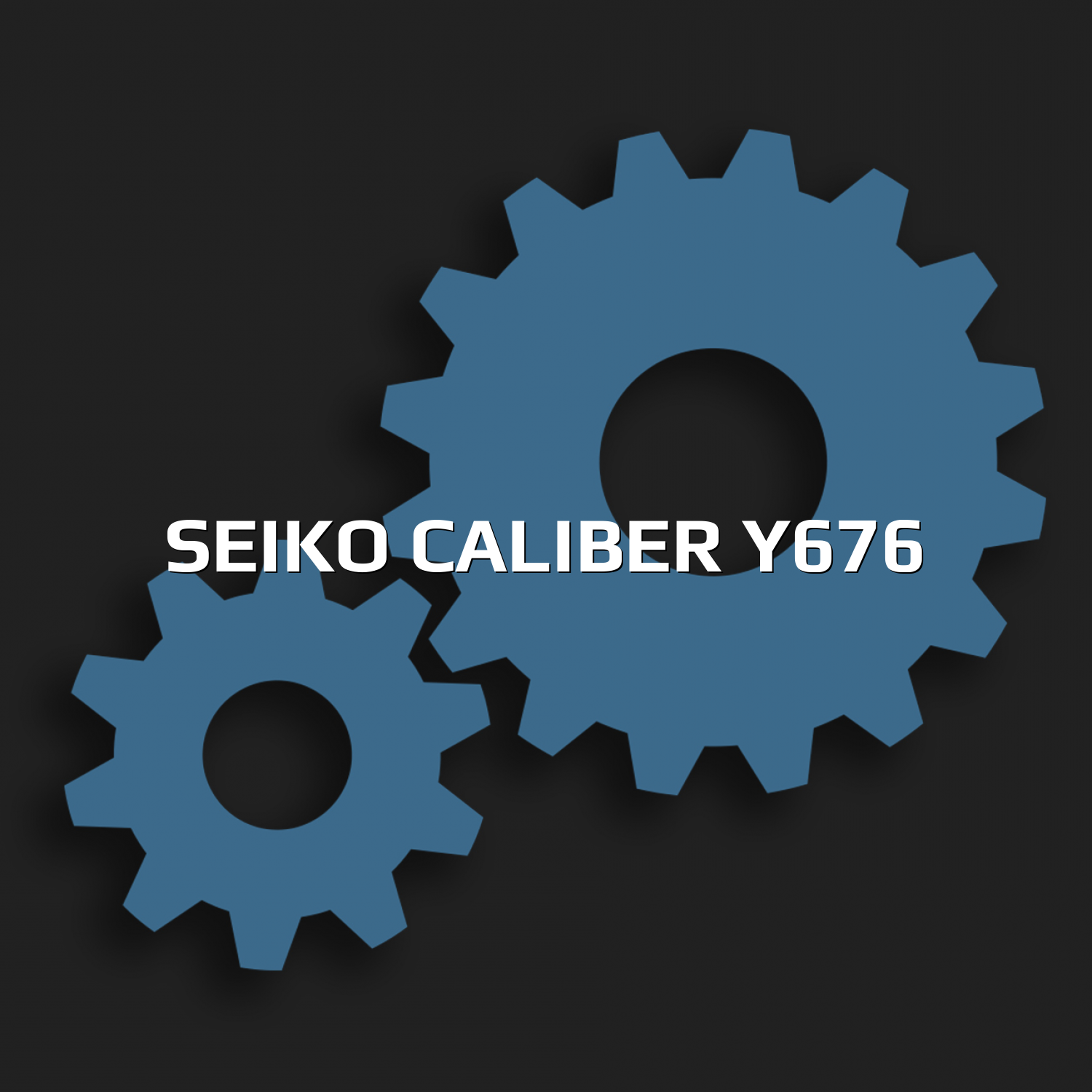 The Seiko caliber Y676 is essentially the SII (Seiko Instruments Inc.) version of the widely known Seiko caliber 7S26 (no hacking, no manual-winding). There is not a lot of information available for the Y676, this is partly due to it being an older caliber which has now been discontinued. For more information on its counterpart, read the Seiko 7S26 caliber listing.

The calibre Y676 was made for watches outside of the main Seiko brand, such as Alba, Pulsar, Lorus, and J. Springs (aka Japan Springs) – all Seiko owned companies. If you have a watch with this movement, please share it in the comments below.

Similar to the cal. 7S26, there are lettered evolution variants of the Y676: Y676A, Y676B, and at least up to Y676C. It is not confirmed if the changes made in the 7S26 A/B/C correspond directly to the A/B/C in the Y676, but it’s likely safe to assume as much until the community finds evidence to the contrary.

Many seller list watches with this movement as “Japan”. Although Seiko is based in Japan, it doesn’t mean their products are all made in Japan. Sometimes the Y676 is signed Japan (such as in some Seiko Onitsuka Tiger models) and sometimes there is no country of origin – similar to what SII/TMI is doing with the NH35A now. It’s unlikely that Seiko makes movements in Japan and not mark them as such. If you have a Y676 signed “Japan”, please add it below.

For what it’s worth, it does seem like newer versions of the Y676C tend to be signed with Japan on the rotor.

There is a similar caliber Y675 with the main difference being that the Y676 is a day-date and the Y675 is a date only.