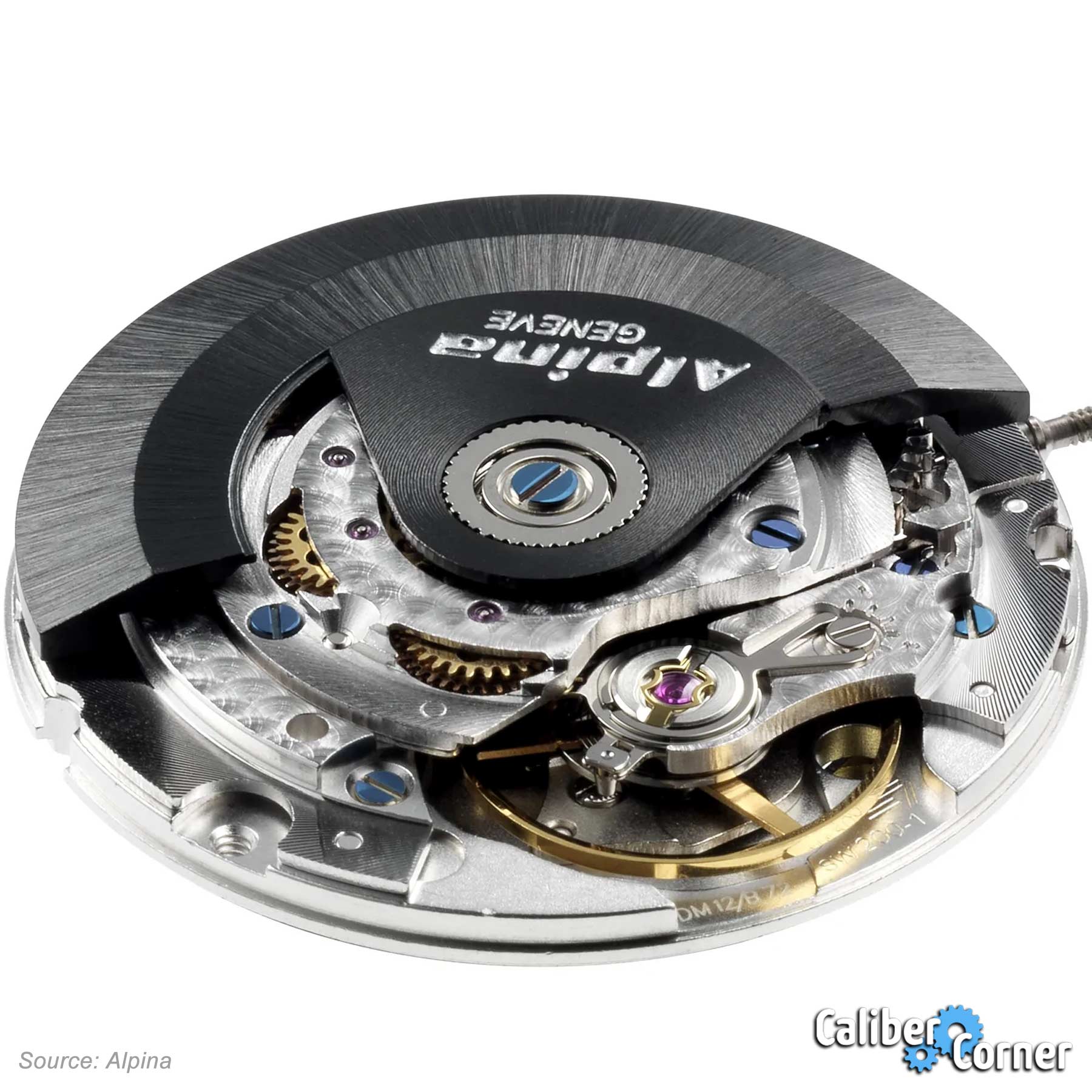 The Alpina caliber AL-525 is an automatic movement found in the Alpina. At the time of this post (late 2022), Alpina has 13 models with this caliber. Alpina watches that contain this caliber typically have a SKU (reference number) starting with AL-525, for example: AL-525BS5AQ6B.

In Alpina’s own words:

“Extremely reliable, the AL-525 is the automatic “engine” for those Alpina watches that have been designed for heavy duty under trying conditions, such as the Extreme Diver, Extreme 40 and the 12 Hours of Sebring Series. The movement is finely decorated and sports a specially conceived rotor. * The watches may be fitted with undecorated movements.” –source

In newer Alpina watches, the AL-525 is essentially a Sellita caliber SW200-1 with a custom rotor. Previously, the AL-525 was using the ETA 2824-2, until ETA stopped selling movements to non-Swatch Group watch brands. Although the Sellita SW200-1 is an ETA clone, it is still a different movement overall.

Editor’s comment: Some brand don’t put too much stock in their calibers and organizing them for the community. It would be so much better if brands like Alpina would create a new caliber number to track events like switching over to Sellita from ETA. Simply designating the Sellita based watches as AL-526 would suffice – this would make a lot of sense considering that the Sellita has 26 jewels (compared to the ETA with 25 jewels).