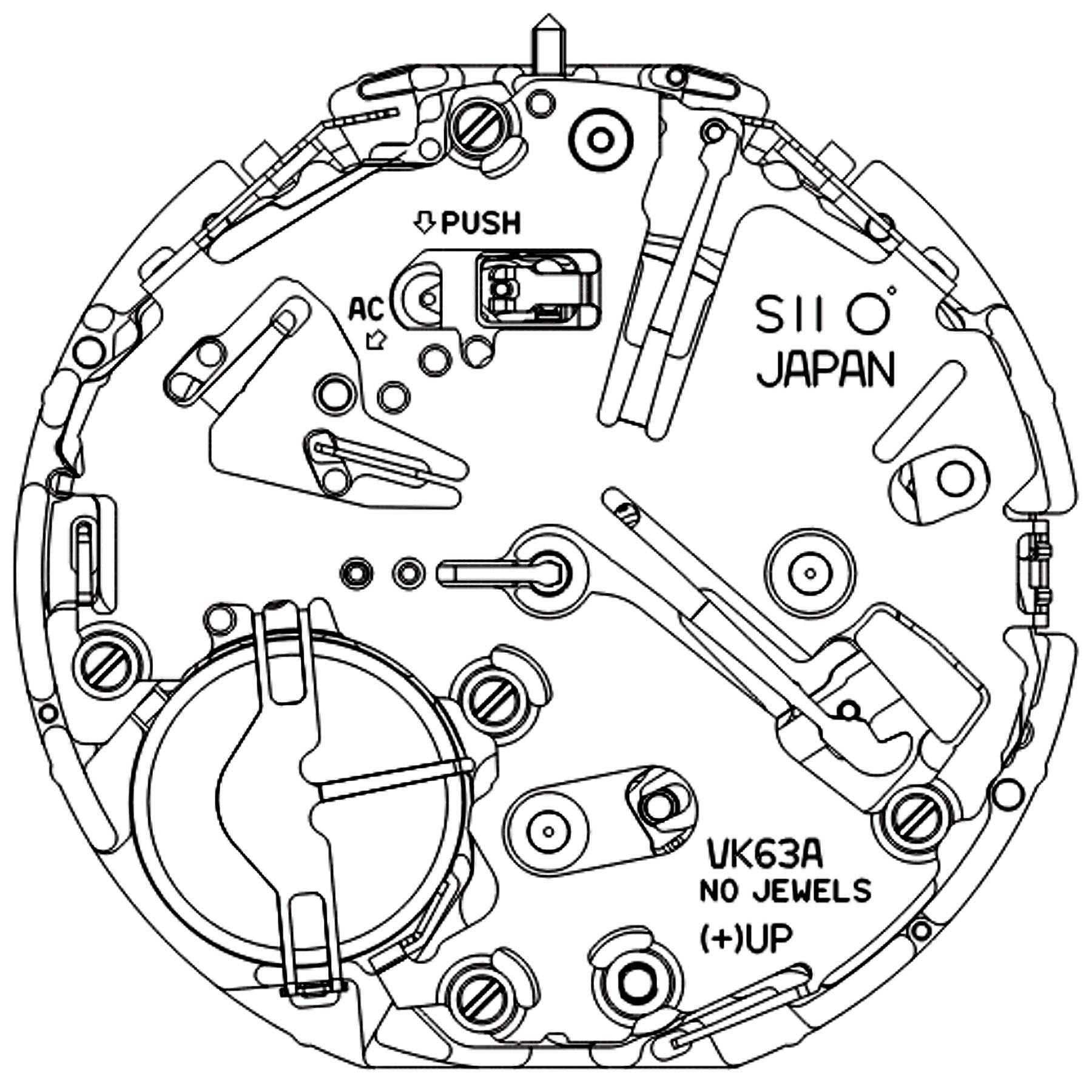 What is a Meca-Quartz Movement?

What is a mecaquartz watch?

A mechaquartz” or “meca-quartz” movement is a chronograph watch movement that uses quartz technology for the main functions of the watch, and a mechanical module for operating the chronograph. That is why these are often called hybrid movements.

While the first type of watches that comes to mind when discussing mechaquartz are chronographs, you may be thinking of how you can convert one of these movements to have a constantly running sweeping seconds hand. Well, no need for that because Seiko already thought of that with their caliber VH31 – a 3-hander mecaquartz caliber with central sweeping seconds hand.

What is the correct spelling of mechaquartz?

Mecaquartz, mechaquartz, meca-quartz, mecha-quartz… are all used interchangeably, just pick one. There does not appear to be an official spelling outside of the top sites showing up on Google search for this topic (Caliber Corner being one of them). In fact, this type of movement is mostly associated with the Seiko calibers listed below, but even Seiko does not appear to use any form of this term on their website or in their marketing material (if you see them using it, please share below).

With that said, Caliber Corner is going with “Mechaquartz” as the official spelling from now on. It just makes the most sense as a combo of the words mechanical and quartz.

Pros of a mechaquartz movement:

A huge advantage that mechaquartz calibers offer is that they provide the accuracy and overall dependability of a quartz movement. Another advantage for watch designers is that they are much slimmer than a traditional mechanical movement.

An obvious disadvantage of mechaquartz is that they are battery powered. Also, a major disadvantage of mechaquartz chronograph watches is that there is not hidden feature to reset the stopwatch hand to zero. One of the great things about quartz chronograph movements is the ability to reset the chronograph hand to zero after a battery install. Sometimes this can be a game of figuring out the correct crown/pusher sequence, but when you do, it can be quite satisfying! Mechaquartz movements do not share this ability. Since the stopwatch functionality is mechanically driven, the related hands cannot simply be reset via button sequence programming in the circuit board.

Then how do you reset mechaquartz chronograph hands to zero?

As mentioned above, unlike most quartz chronograph movements which have a setting coded into the circuit board (usually accessed by a certain sequence of crown position and button pushing), mechaquartz are more mechanical in nature. Similar to misaligned hands on an ETA caliber 7750 or other mechanical chronograph movements, most times the only remedy to get the hands back to 12:00 is to remove them and install them again in the correct position. One should also figure out what caused the hands to out of alignment in the first place – did the watch come like that from the manufacturer (low QC)? Was it dropped? Is it loose?

But it’s Seiko we have to thank for taking the meca-quartz idea and making it their own at a price that doesn’t cause a squeal. The cals. VK63, 67 and 83 are powering all sorts of watches from the likes of Autodromo to, well, Seiko.

…Sneak a look inside and you’ll see that the VKs use proper levers, hammers, wheels and heart pieces. Push the top button and you get a crisp, mech-style snick and the chrono steps off smartly, ticking in 1/5 sec increments—just like a mech. Push the stop button at 4 o’clock and you get the same crisp, mechy snick as the chrono stops. Press it again and the hand snaps straight back to 12. If I hadn’t let you in on the secret, you might just think you had an auto on your wrist.

Autodromo uses the Seiko caliber VK63 movement in their Prototipo model and calls it a “true mechanical reset chronograph.”

Here is what they say about it:

…Powered by an innovative Seiko hybrid meca-quartz movement, the Prototipo features a sweep second hand and instant chronograph reset thanks to internal mechanical linkages shared with Seiko’s in-house automatic movements. Prototipo delivers the reliability and precision of a quartz watch, with the crisp pusher feel and visual delight of a mechanical chronograph.

Some watches that use mecaquartz movements: