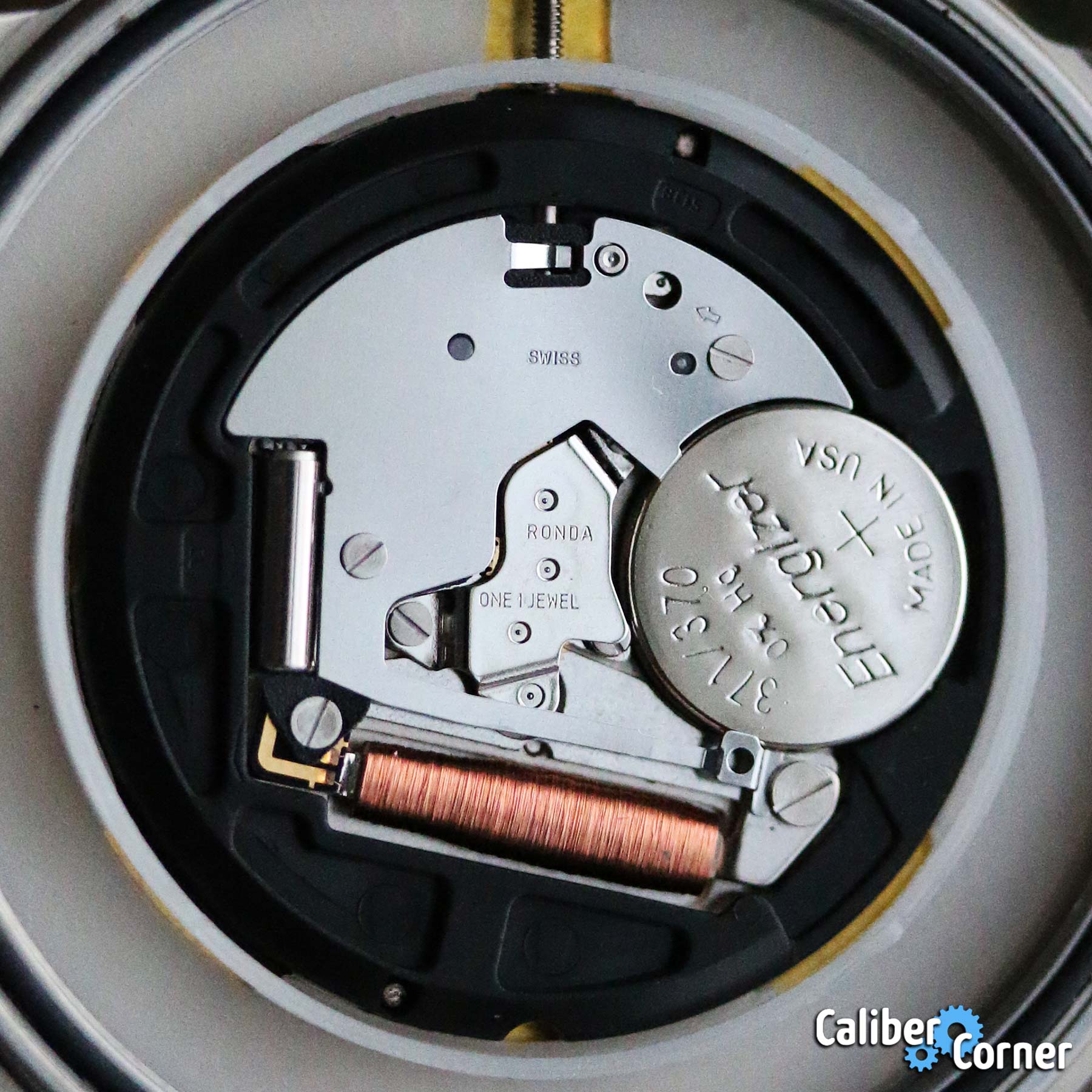 This is the Ronda caliber 513S quartz watch movement. it is part of the Powertech line. There are two versions of this caliber: Swiss made and Swiss parts. Both versions are nickel plated with one jewel. It is considered a repairable movement.

The caliber 513S is the newer version of the 513. It has a motor pulse fix included.

The difference between these two movements is that the Ronda caliber 515S is basically the same as the 513S but with an added date complication.

According to Ronda, the caliber 513S should keep time within -10/+20 seconds per month with an operating temperature of 0 to 50 degrees Celsius.

A fresh battery (cell 371) should last for 24 months. This caliber has a power saving (hacking) function that stops the second hand when the crown is pulled out. Doing this will reduce power consumption by about 70%.

Ronda does not stamp the metal part of this movement with the caliber number, instead, you can find a reference on the outer plastic part of the movement. 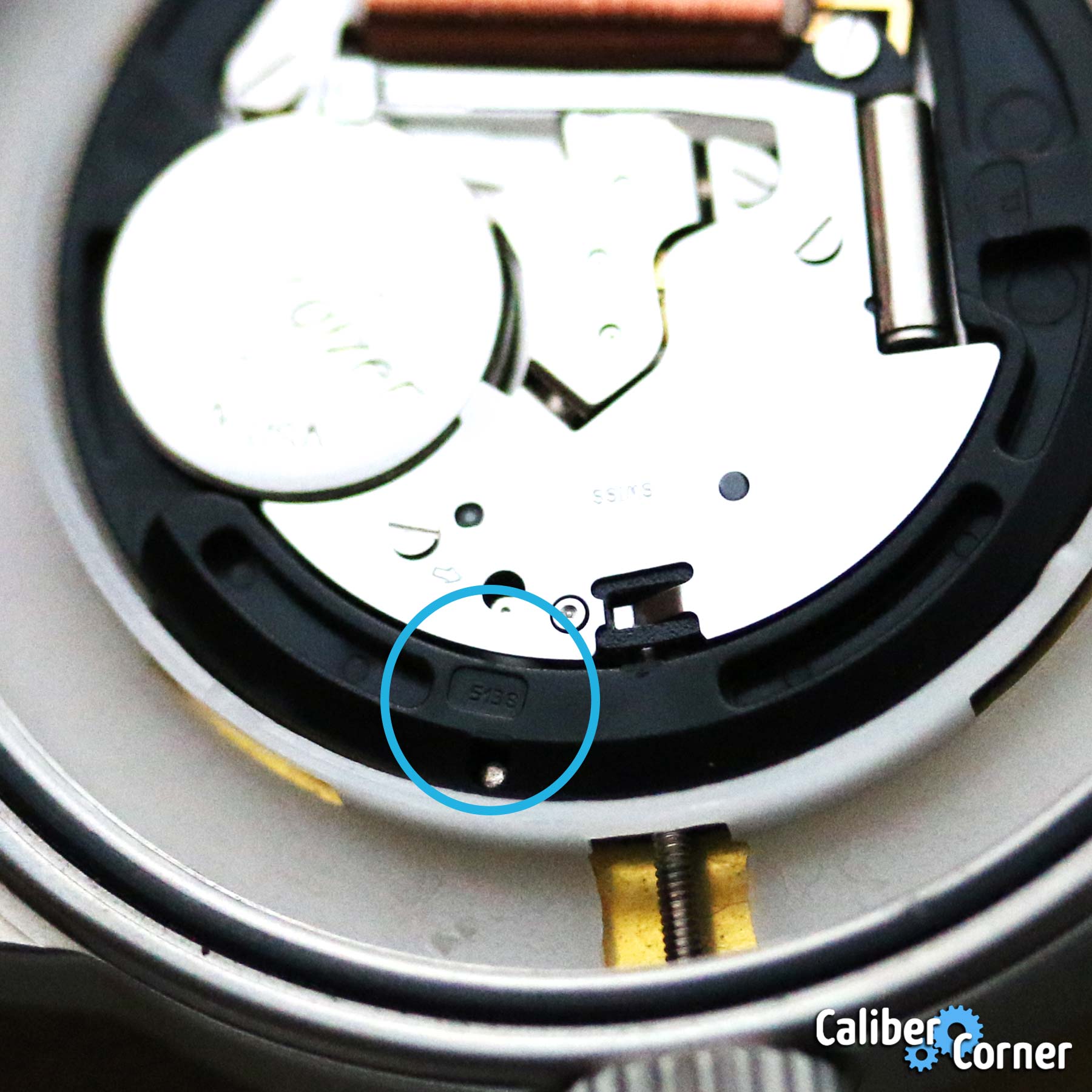 How to change the battery

There is a metal locking mechanism for the battery that just uses tension to hold it into place. Gently put your tweezers or other tool in the hole and slide it over – not too hard and not too far. The battery will pop out like in this video. Do not remove the screw. 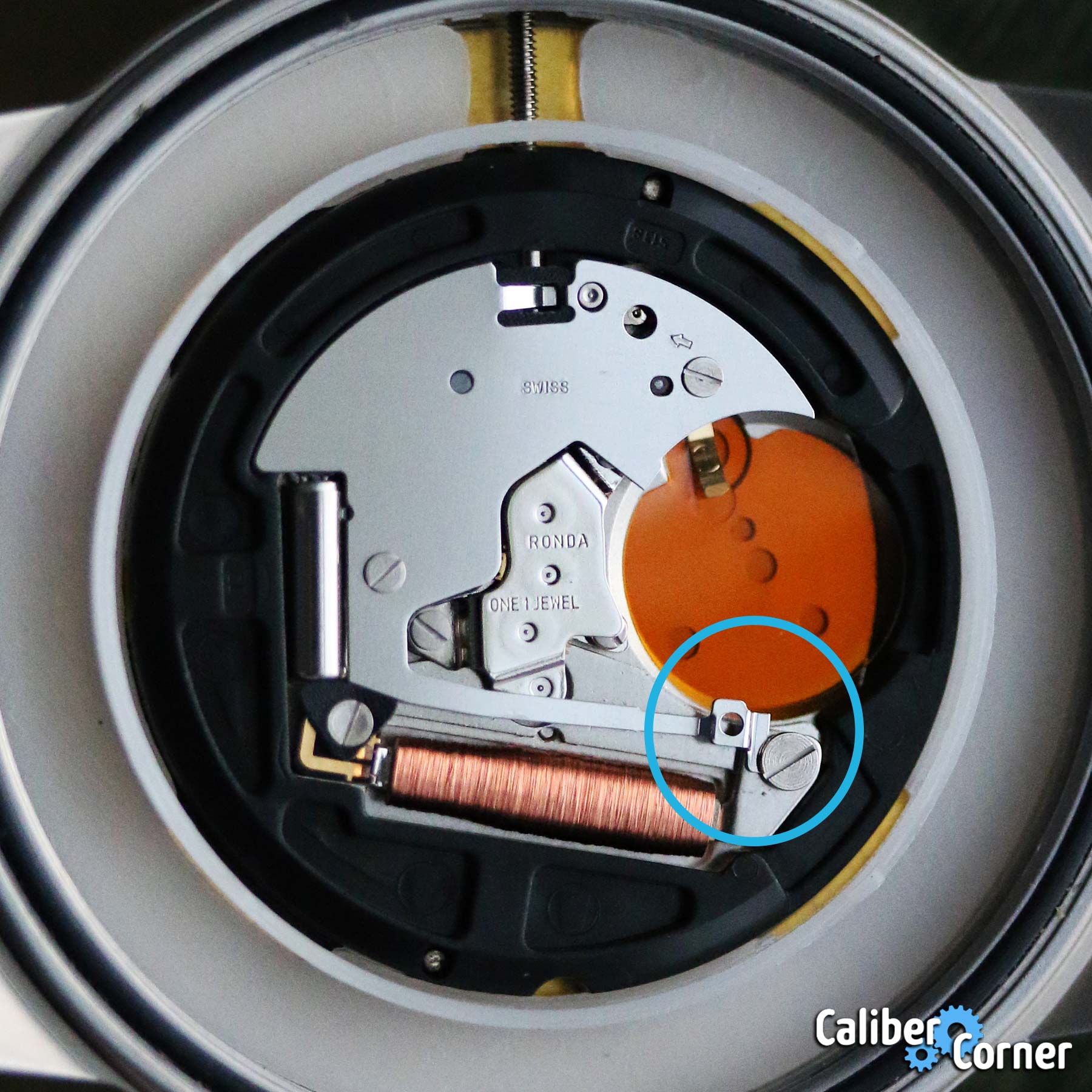 To remove the crown/stem, find the hole with the arrow. While the crown is in position 0, pressing this with your tweezers or other tool will allow the stem be unlocked so you can pull it out. 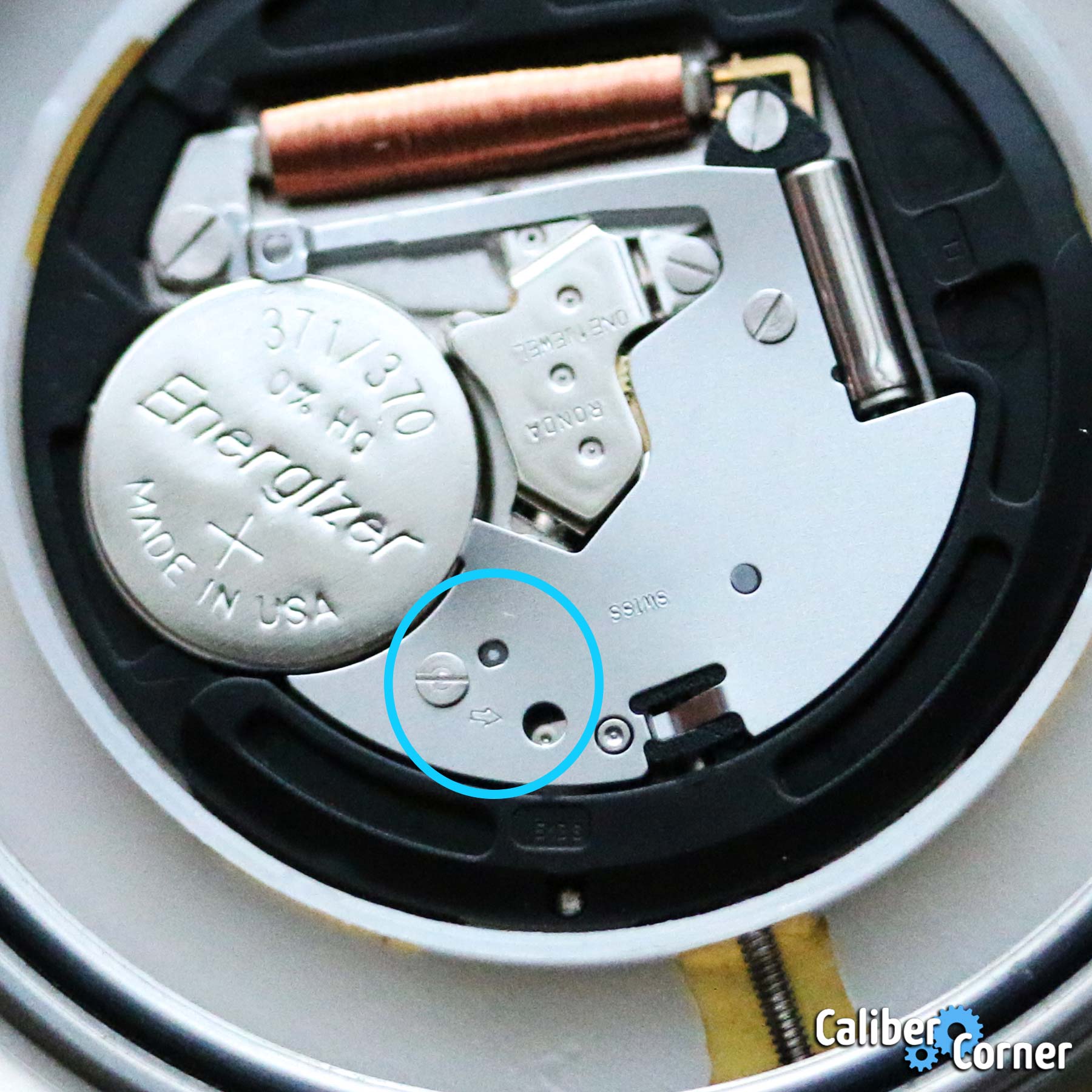 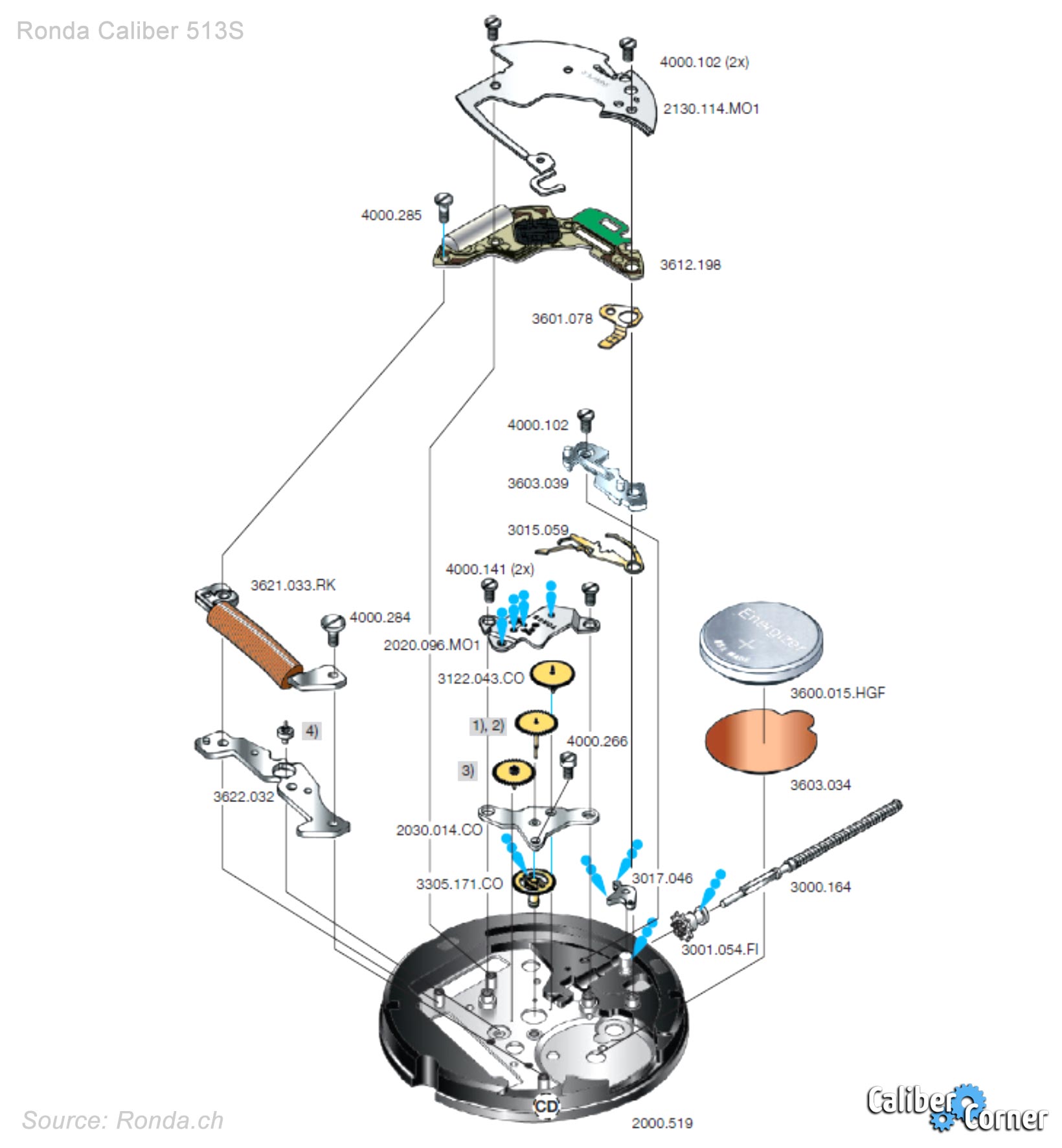 At the time of this post, replacement prices for this watch movement were found in the range of $8.95-9.95 USD.

Do you have a watch with this movement? Please share it with the community in the comments below…