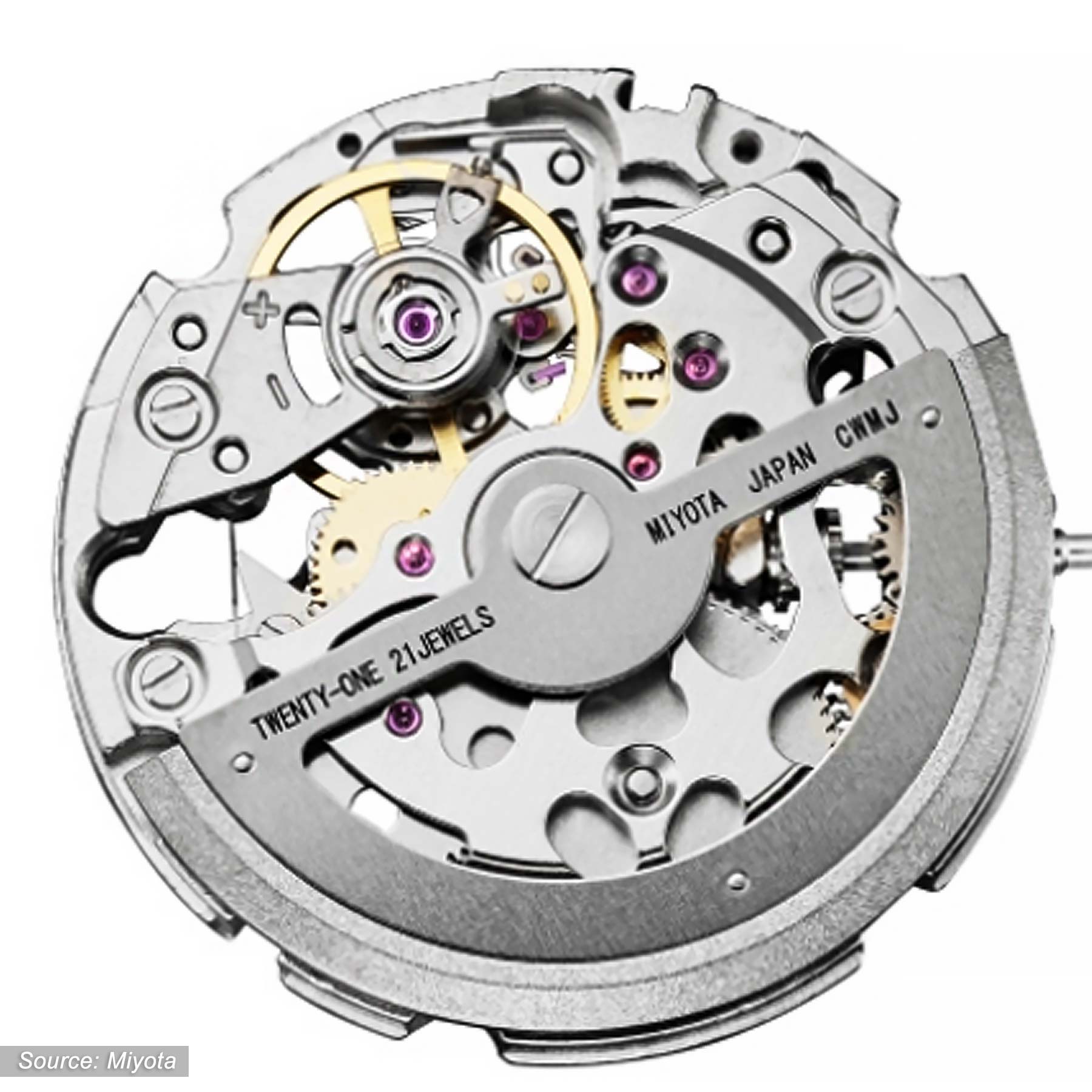 The Miyota caliber 8N26 is an automatic skeletonized watch movement made in Japan. This movement is part of Miyota’s 8N family of skeleton dial calibers, and is found in Bulova’s Futuro line, introduced on September 24, 2018. It has 21 jewels, beats at 21,600 bph and tells the time via a standard 3 hand display. It is a true no-date movement with only one crown position (time-setting) and no phantom crown position. This series is based on the original Miyota 8200 or 8 series of movements, known for the “stuttering” seconds phenomenon caused by the implementation of an indirect seconds hand system.

The text on a stock rotor of the 8N26 reads:

You may see the manufacturer’s stock images with the letters CWMJ instead of the caliber number. This abbreviation stands for: Citizen Watch Manufacturing Co. Japan.

There is a similar (and more widely used) Miyota caliber 8N24 with the main difference being that the 8N26 is made for watches with a higher hand position. The taller pinion allows for mounting of hands over a dial (such as the cutout dial featured on the Bulova Futuro). The overall height including the pinion is 7.9mm for the 8N26 and 6.8mm for the 8N24.

Miyota claims that the caliber 8N26 offers accuracy of -20 ~ +40 seconds per day. This is measured within 10-60 minutes from a full wind via the crown. To fully wind the movement, turn the crown 40 times.

Replacement prices for the 8N26 were found online for around $75.95 USD. When ordering wholesale from Miyota, there may be a minimum order quantity of 100 pieces.