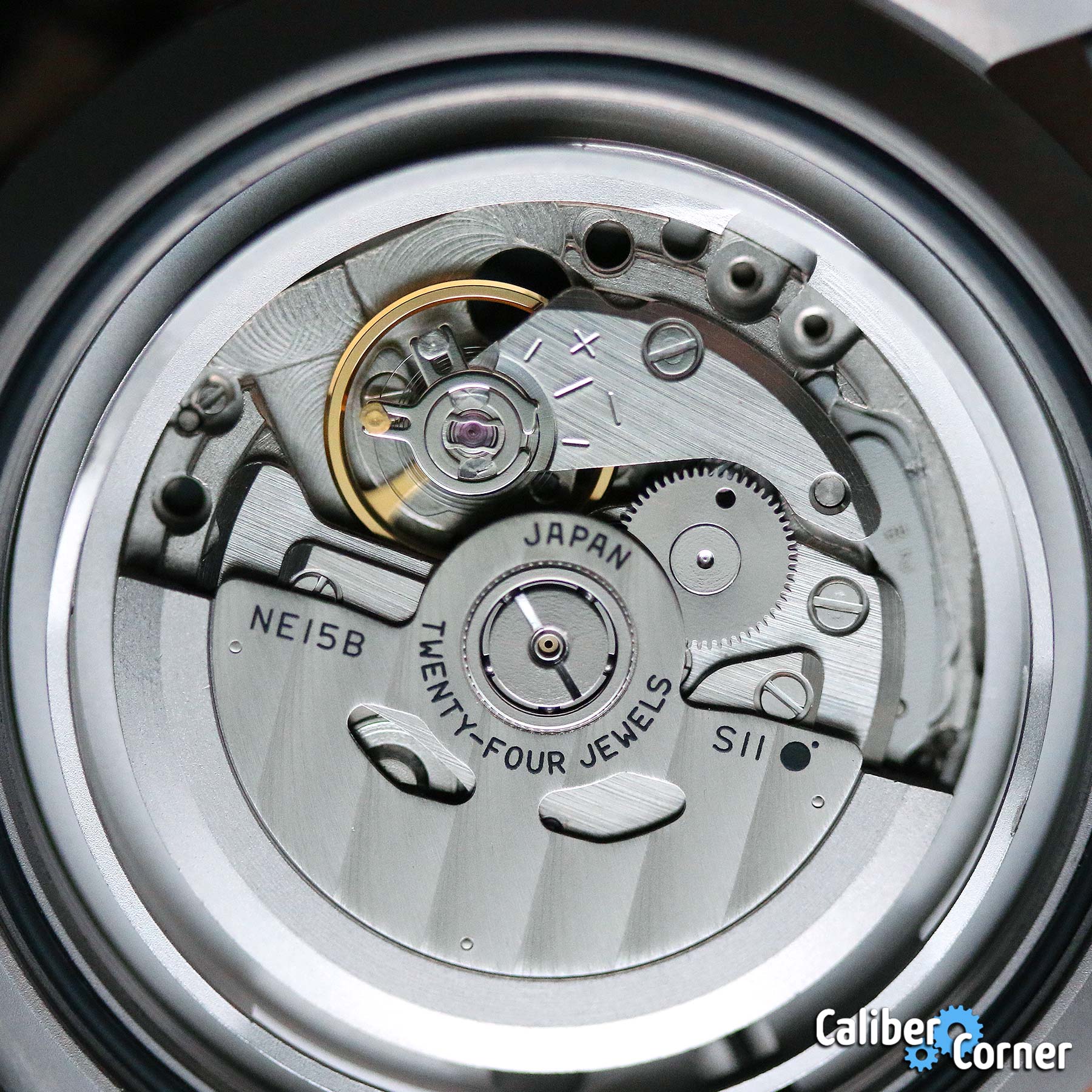 The Seiko caliber NE15B is a movement produced by Seiko Watch Corp. in their Seiko Instruments branch. This movement was released circa . It is an automatic movement with a ball bearing rotor.

The B at the end of NE15B indicates an evolution of the NE15 (NE15A). The official tech sheets for the caliber NE15B were updated on September 16, 2014. According to this post, the major upgrades included:

The caliber 6R15C is basically a Seiko-only version of the NE15B. Seiko Instruments (aka SII) sells the NE15B to other manufacturers (such as microbrands) for use in non-Seiko watches. Note: apparently some early versions of the 6R15C only have 23 jewels compared to the newer ones with 24J (the NE15B has 24).

Seiko claims that the accuracy of caliber NE15B is between -15/+25 seconds per day. This rating is based on normal daily wear on the wrist in normal operating temperatures. When testing your watch for timekeeping, make sure it is fully wound.

The caliber NE15B holds a power reserve of greater than 50 hours. To fully wind the mainspring, turn the crown a minimum of 55 times.

At the time of this post, replacement movements were found online for $115.00 USD.

The photos in this post are of an SII caliber NE15B found in this Minus-8 Diver: 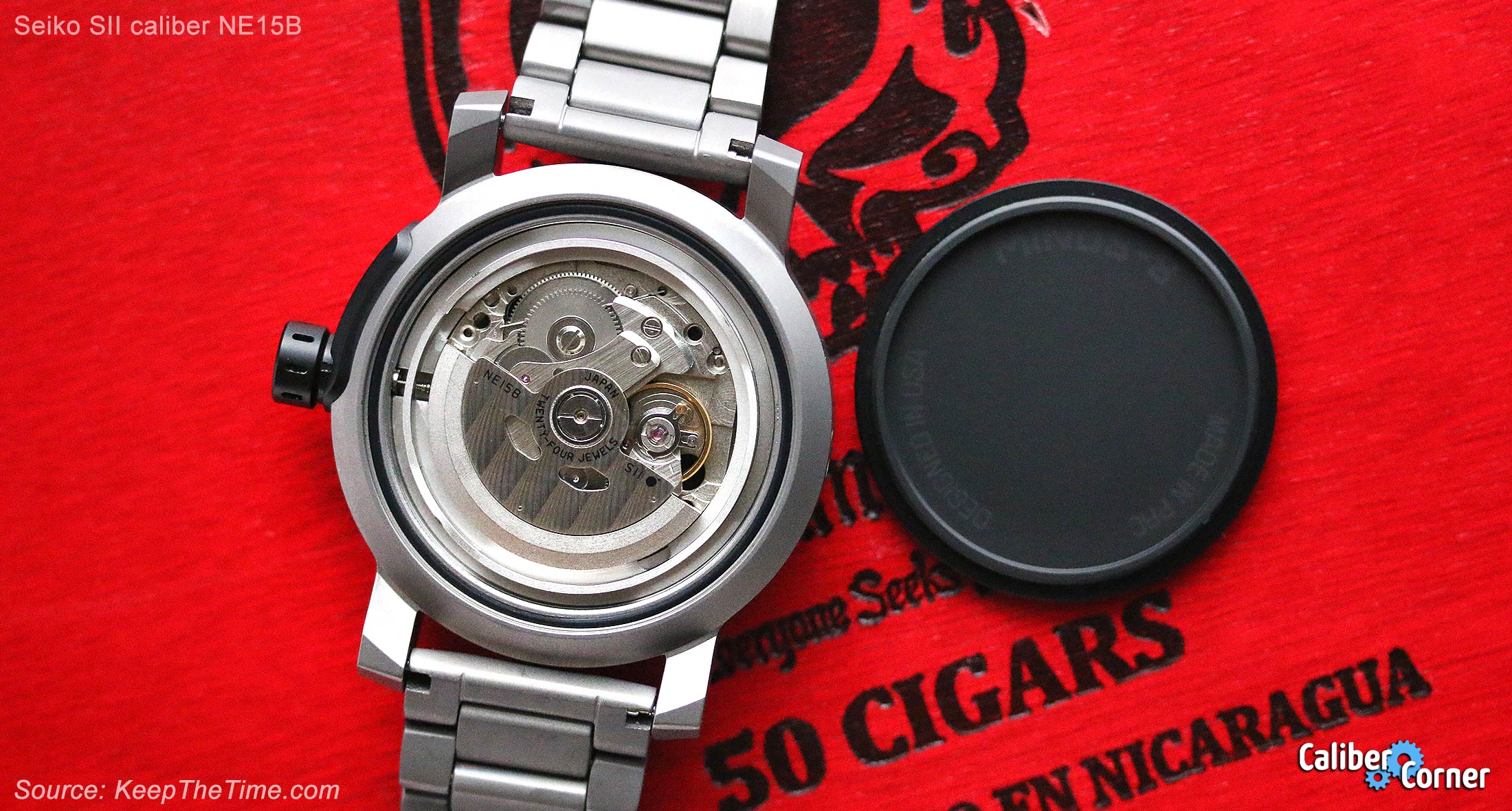