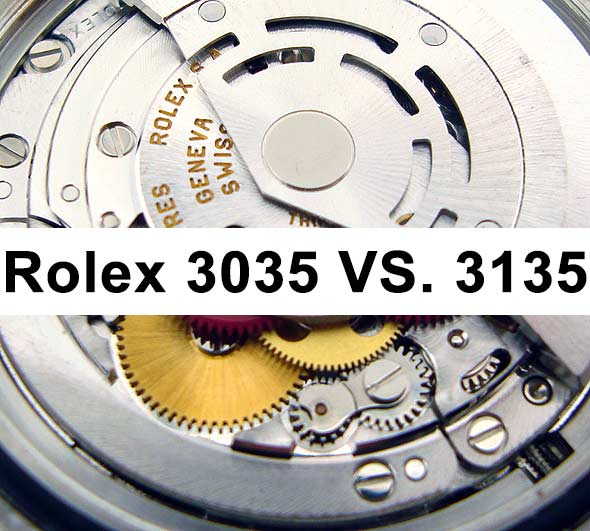 The Rolex caliber 3035 was introduced in 1977 as what many refer to as a high-beat caliber 1575. Ten years later, in 1988, they put out the caliber 3135 with a few upgrades. It is still used today. Any other differences? Please comment below.

Tools posted this in the Rolex Forum:

The 3135 movement picked up a full balance bridge, larger balance wheel and went from 27 to 31 jewels.. It’s basically just an evolution… Much like it will be when they all get fitted with the Parachrom hairspring and the Paraflex shock system…. Identical again, except for the new parts…

Padi56 on TRF makes an interesting note about the hairsprings:

…And the hairspring in the 3035 is glued on to the balance cock stud now they are laser welded on 3135.