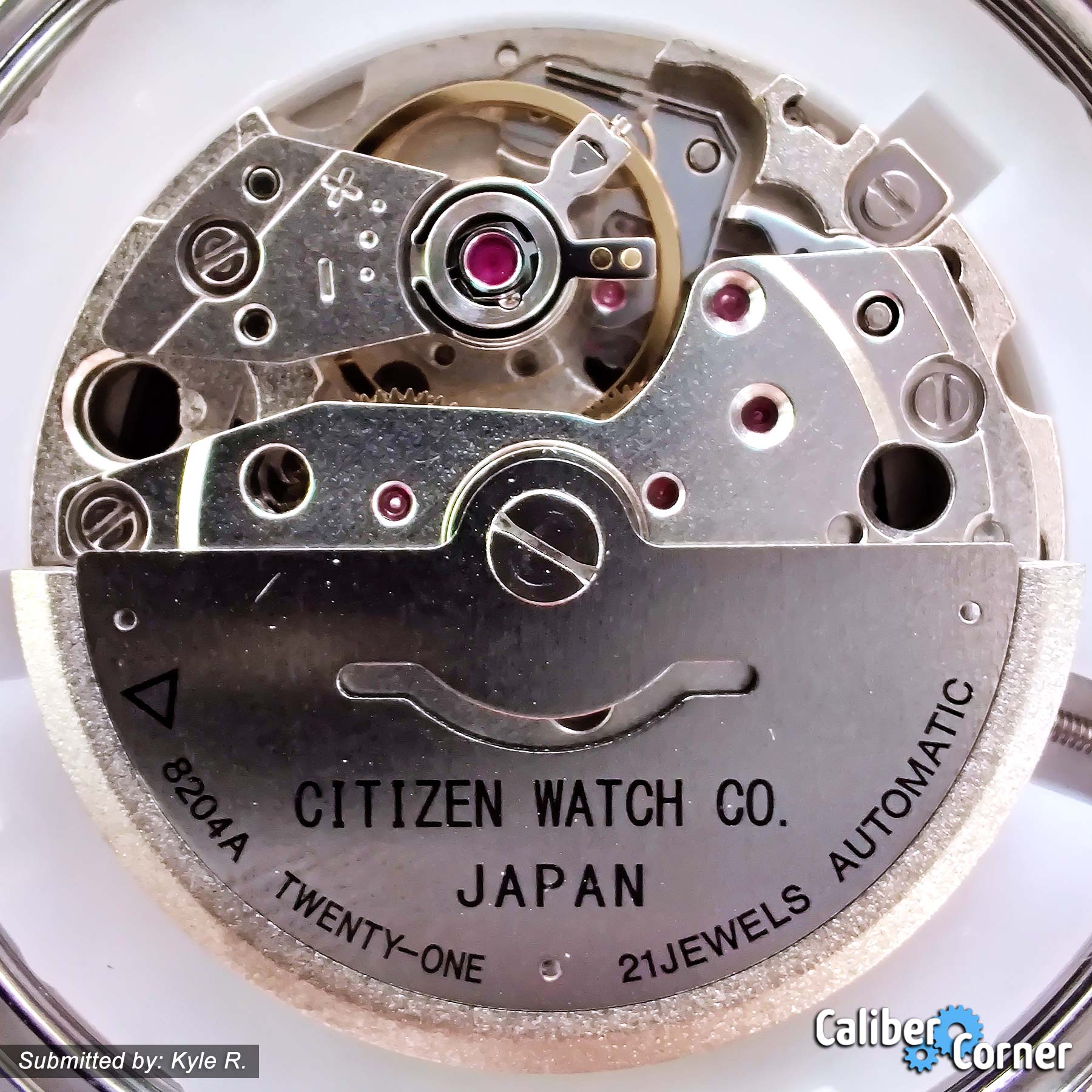 The Miyota caliber 8204 (8204A) is a 21 jewel automatic movement, first introduced in 1977 (other versions as early as 1974). This movement is from the Miyota 8200 family (aka 8 or 82 series) of movements. This 8204 has been discontinued by Miyota/Citizen and is no longer offered in their catalog of movements. It has evolved into the current Miyota caliber 8205.

The movement pictured above was submitted by Kyle, found in a Citizen Promaster ref: NY0140-80E. Although it is a Miyota caliber (Miyota is owned by Citizen), it is signed Citizen Watch Co. Although Miyota is owned by Citizen, typically the two brands will use slightly different caliber numbers to distinguish between Citizen branded watches and movements sold by Miyota to other watch brands. As we can see with the Promaster, both Citizen and Miyota are using the same caliber number designation for the 8204A.

There is a similar Miyota caliber 8203. These two movements are so similar that Citizen even combines them into one instruction manual. One main difference between the calibers is hacking (the second hand stops while setting the time, for precise time setting): The 8203 does not hack, whereas the 8204 does. Citizen officially refers to this as a second hand stop function.

Interesting observation: There are some Citizen watches (such as the NY0040/NY0045 divers) that are supposed to have non-hacking caliber 8203 movements inside, but some collectors are reporting that their watches are powered by the hacking 8204 despite the dial (and possibly caseback) referencing the 8203. Please comment below if you have come across a watch like this.

Note: Although the 8204 has a quickset date, this does not mean the date instantly flips over at midnight. In fact, the changeover is not instantaneous, so do not be alarmed if you see a partial date when the hands are before or after 12:00AM.

As mentioned above, according to Citizen, the claimed accuracy rating of the caliber 8204 has an average daily difference of -20 to +40 seconds/day.

The Miyota caliber 8204 has been discontinued, therefore replacement retail prices are not available. To find this movement, you will need to find a watch parts retailed with remaining new old stock, find a watch with this caliber inside, or possibly upgrade to a newer version.

The example shown below is of a cal. 8204A found in this Citizen Promaster Fugu black and blue diver. 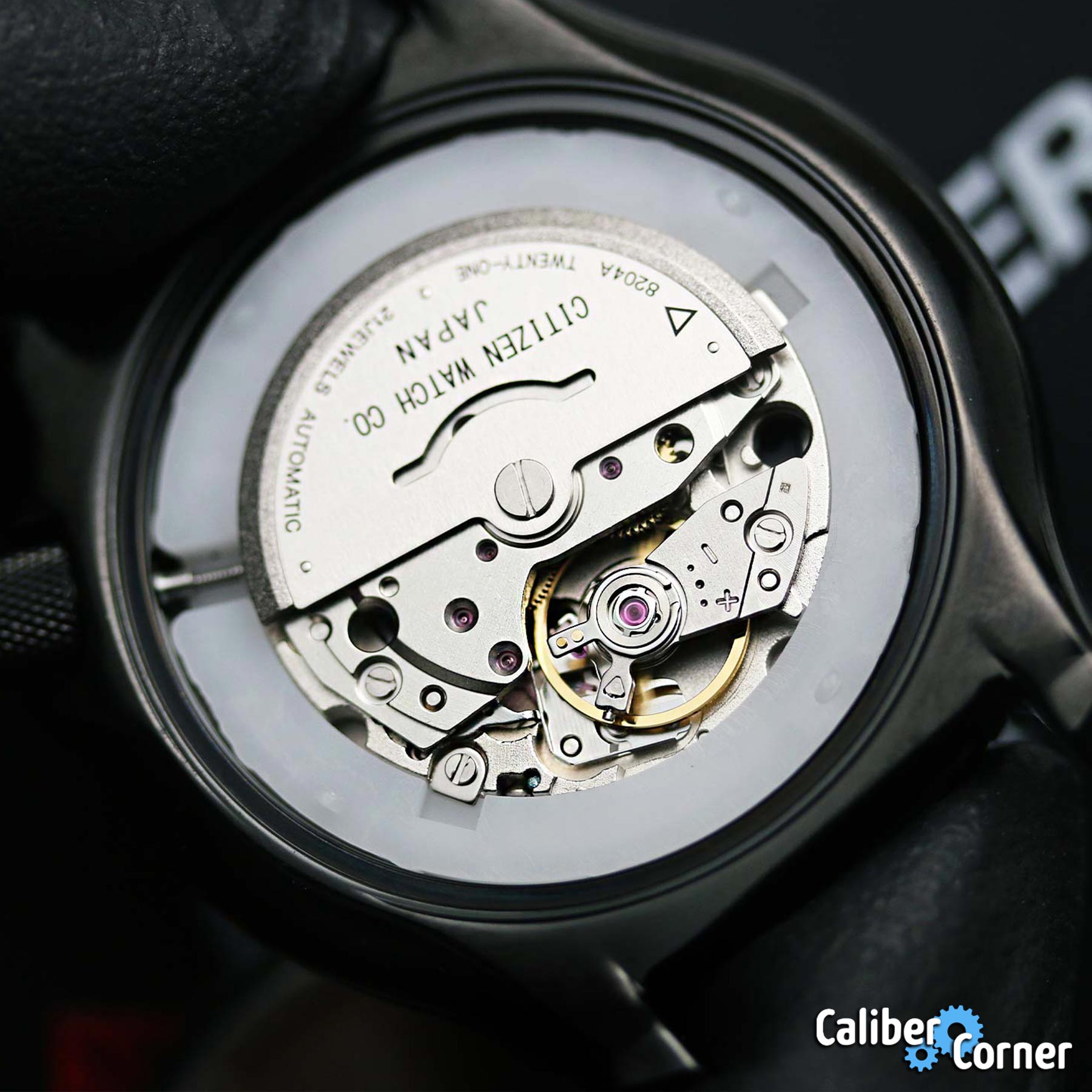 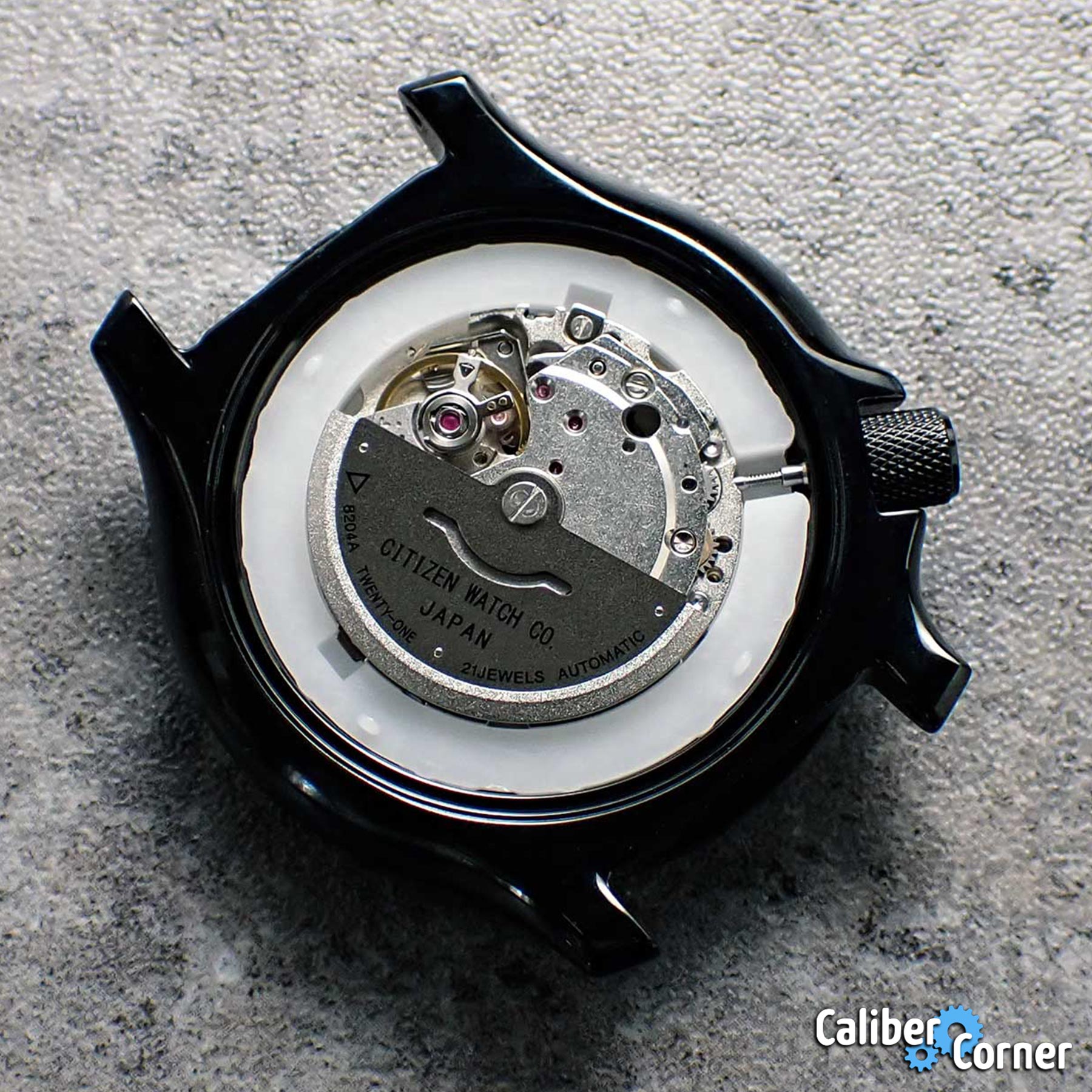 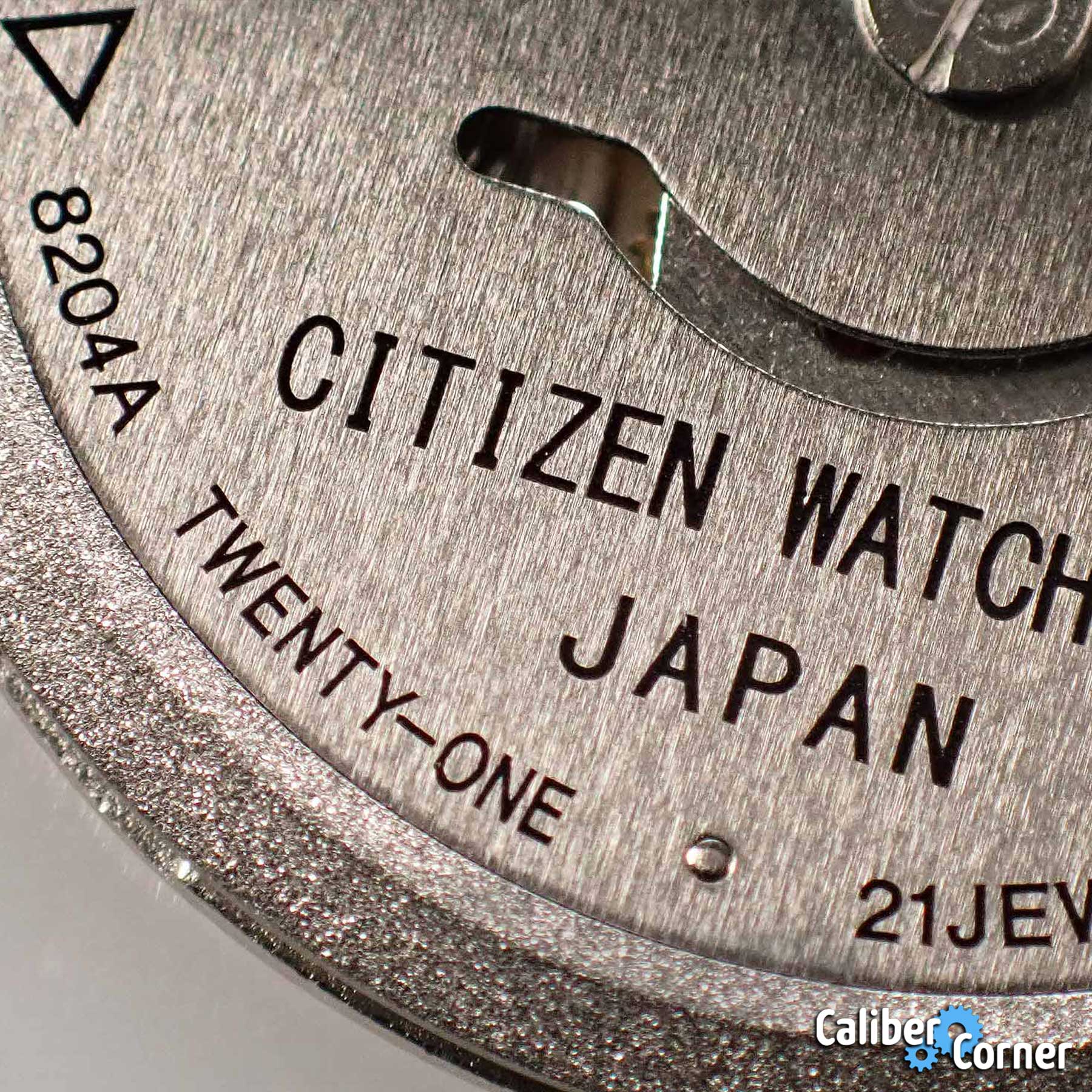 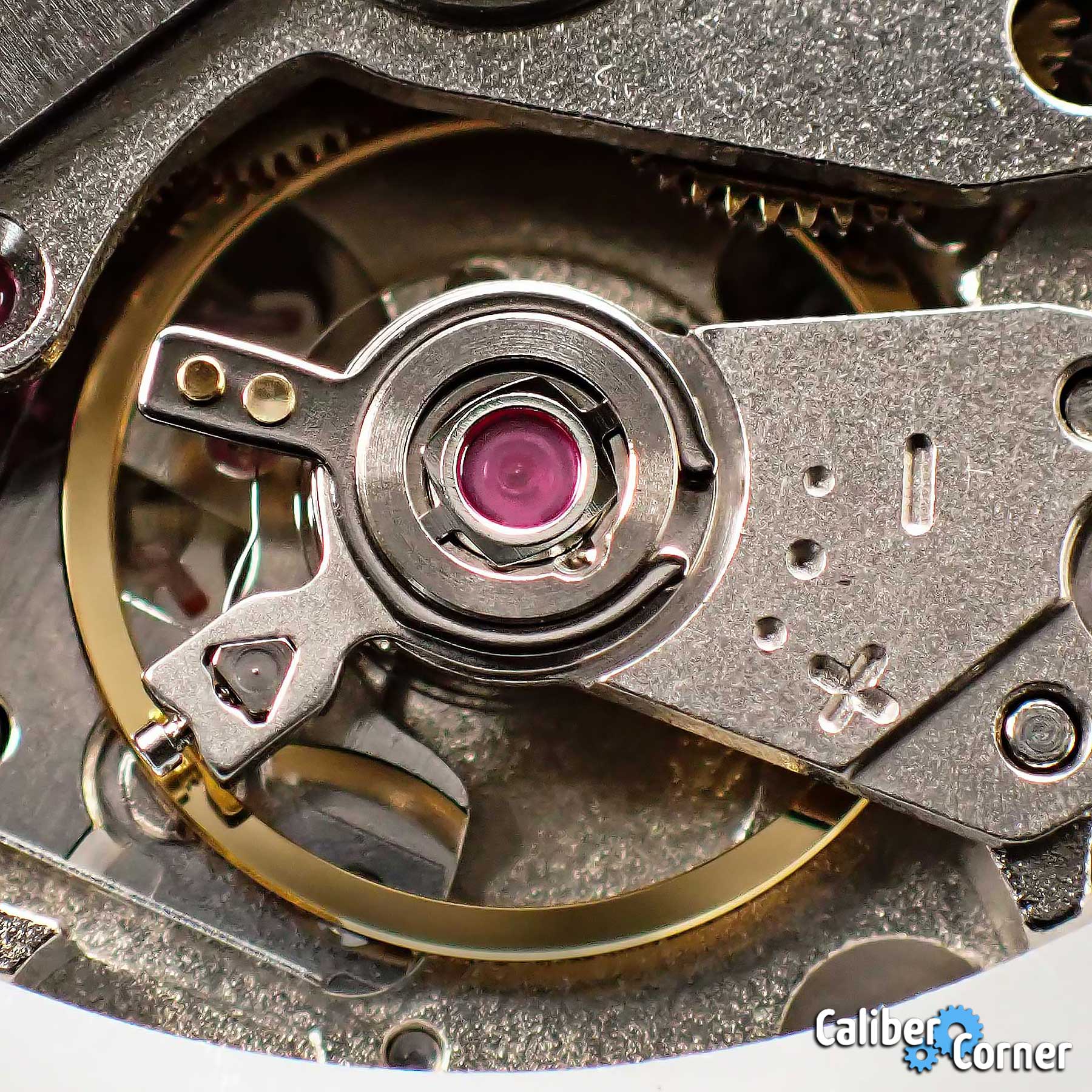