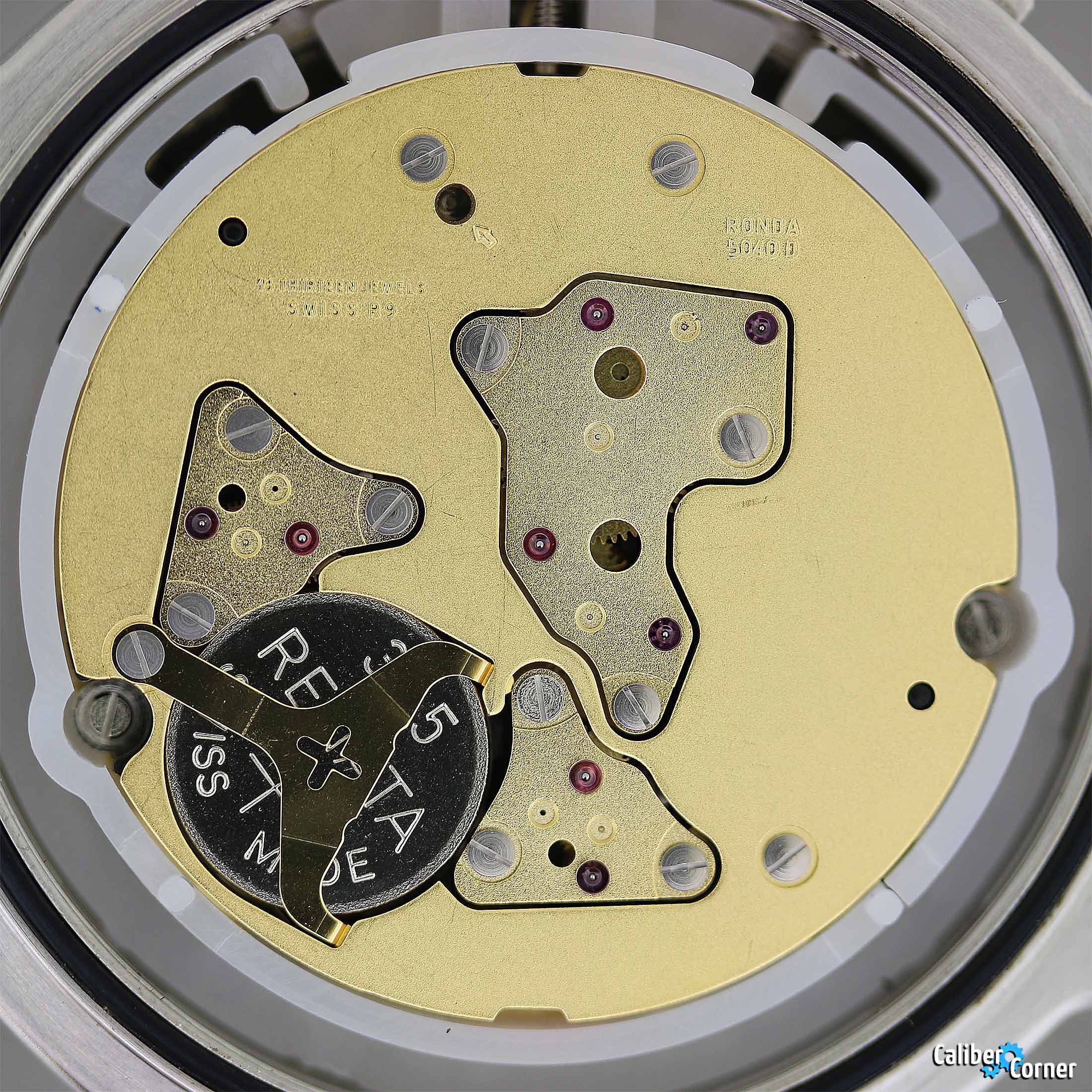 The Ronda caliber 5040.D is a Swiss made quartz chronograph watch movement found in many luxury and microbrand watches.

The battery is claimed to last about 54 months in normal conditions, but if you are not going to wear your watch for a while, the 5040.D has a power saving mechanism when the stem is pulled out stem (aka hacking function). Reduction of battery consumption approximately 70%. It is not advisable to leave the chronograph second hand running because it will drain the battery faster and put more wear and tear on the gears.

Resetting the chronograph hand to zero:

If your chronograph hand isn’t lining up after a battery chance, it might need to be reset.

The Ronda 5040.D pictured here was found in this TAG Heuer Formula 1 chronograph watch. The white plastic movement holder on the TAG has screws holding it in, but other watch companies do not always use the screws (Invicta for example).

8/31/20: There are other differences between movement holders, we will post comparison images soon. Check back this week for an update.