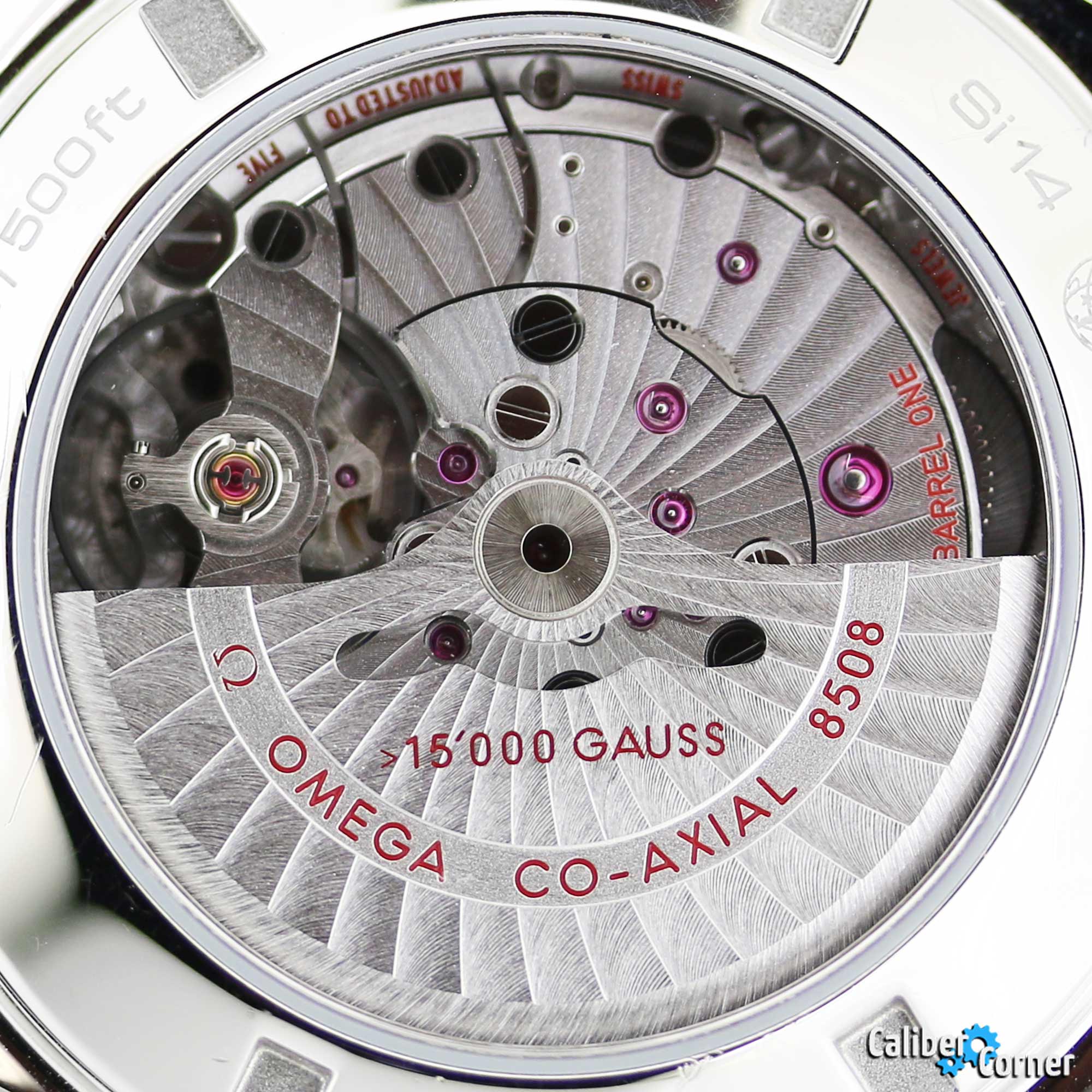 Omega’s in-house caliber 8508 is a COSC rated automatic movement equipped with Co-Axial Escapement for “greater precision, stability and durability” according to Omega documentation. The picture above is from an Omega Aqua Terra 150M (231.12.42.21.01.001).

This caliber was originally announced in early 2013.

Magnetism has always been challenging for watchmakers to deal with. Most notable about this movement is that is a entirely anti-magnetic. Until now, anti-magnetic timepieces rely on a protective case that acts as a shield layer between the movement and the case. Typically this only protects the watch from about 1000 gauss.

The caliber 8508 does not have such a container/shield, and depends on non-ferrous materials (no iron) within the parts of the movement to maintain it’s anti-magnetic status and protection of over 15,000 gauss.

This movement was developed after Swatch Group CEO G. N. Hayek requested for Omega to make their best effort in designing a completely non-magnetic watch.

As with many of Omega’s in-house movements, double barrels allow for a power reserve of 60 hours. The rotor winds in both directions to reduce winding time and is engraved with >15’000 GAUSS (1.5 tesla). 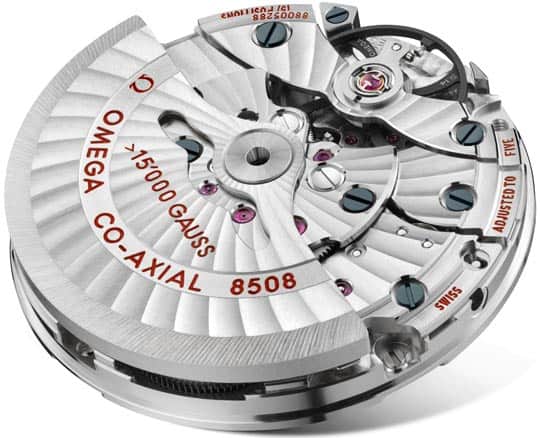 From the Omega site:

The Seamaster Aqua Terra > 15,000 gauss was the first watch to feature OMEGA’s revolutionary Co-Axial calibre 8508, which is resistant to magnetic fields greater than 15,000 gauss. This far exceeds the levels of magnetic resistance achieved by any previous watch movement and solves a problem that has always challenged watchmakers.

2021 Nobel Prize then Top of the class, but still cannot manage anger, such a ...

9
Don’t let the ETA stamp fool you. This G10 quartz movement is total unserviceable welded ...
9
I wish more brands would use this movement. So far I can’t find any, even ...
6
I think that my Breitling Colt GMT has this movement. The GMT hand is out ...
5
Hi I’m looking for Movement Omega 1310 Quartz and find your page on the internet. ...
5
Are Fredrique Constant watches any good? I like the looks but I want to hear ...