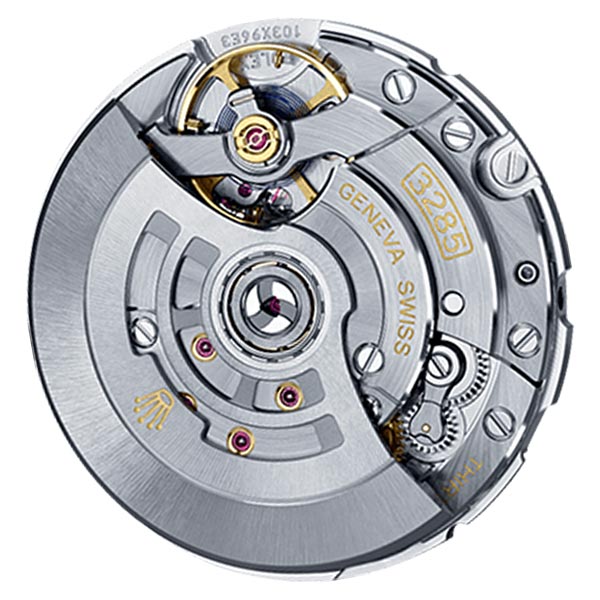 The Rolex caliber 3285 was the only new Rolex movement announced at Baselworld 2018.

The caliber 3285 is only used in the newer GMT-Master II models:

With 10 patent applications filed over the course of its development, this self-winding mechanical movement is a consummate demonstration of Rolex technology, at the forefront of the art of watchmaking. Calibre 3285 offers fundamental gains in terms of precision, power reserve, resistance to shocks and magnetism, convenience and reliability. Calibre 3285 incorporates the Chronergy escapement patented by Rolex, which combines high energy efficiency with great dependability. Made of nickel-phosphorus, it is also insensitive to magnetic interference. -Rolex.com

The caliber 3285 is also found in the green bezel left-handed (destro) GMT-Master II (Ref: 126720VTNR) that was announced at Watches and Wonders 2022.