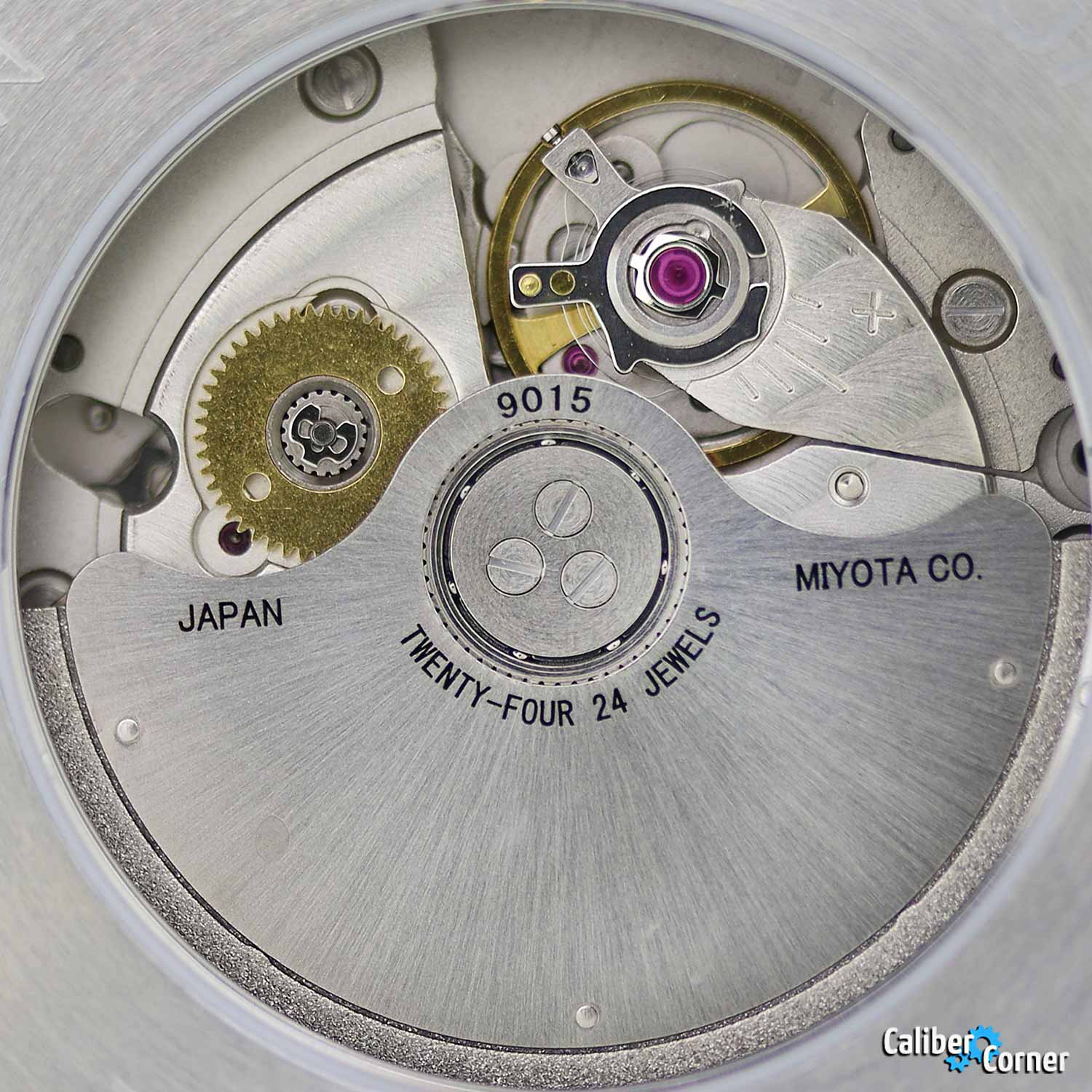 The Miyota caliber 9015 is a 24 jewel automatic movement. It is made in Japan and was first introduced in 2009. This movement is found in many new microbrand watches because it is easily obtainable, has a desirable hacking function, and considered a workhorse movement.

The caliber 9015 is featured in many microbrand watches such as the Marc & Sons Pilot watch. Here is what they have to say about it:

The caliber 9015, which was presented for the first time in 2009, is a revolutionary development of the 8215 caliber. Equipped with a ball bearing rotor, a second stop and a date with a quick-change circuit, this new plant works very precisely with 28,800 half oscillations per hour. The range deviation is indicated as -10 to +30 seconds per day. According to experience, however, the work runs much more precisely, in some cases with a deviation in the single-digit second range. Furthermore, the movement has a shock absorber, a Swiss anchoring inhibitor and a manual hoist. The reserve is 42 hours. The movement is a technical masterpiece due to its low overall height of only 3.9 mm.

Replacement prices were found online in the $100.00 range. Click here to order a replacement Miyota 9015 movement for your watch.

The picture below is from a Zelos Helmsman watch. 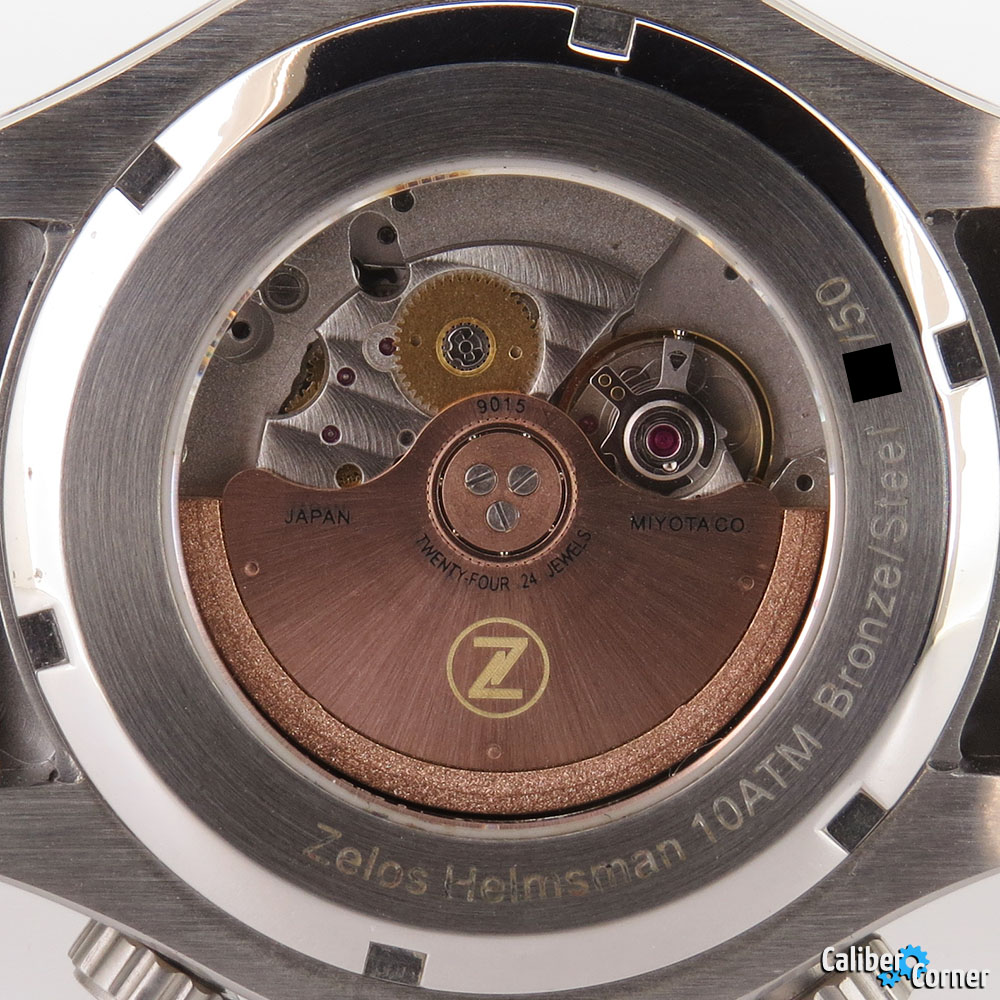 This pic is from a Lum-Tec B24 Carbon 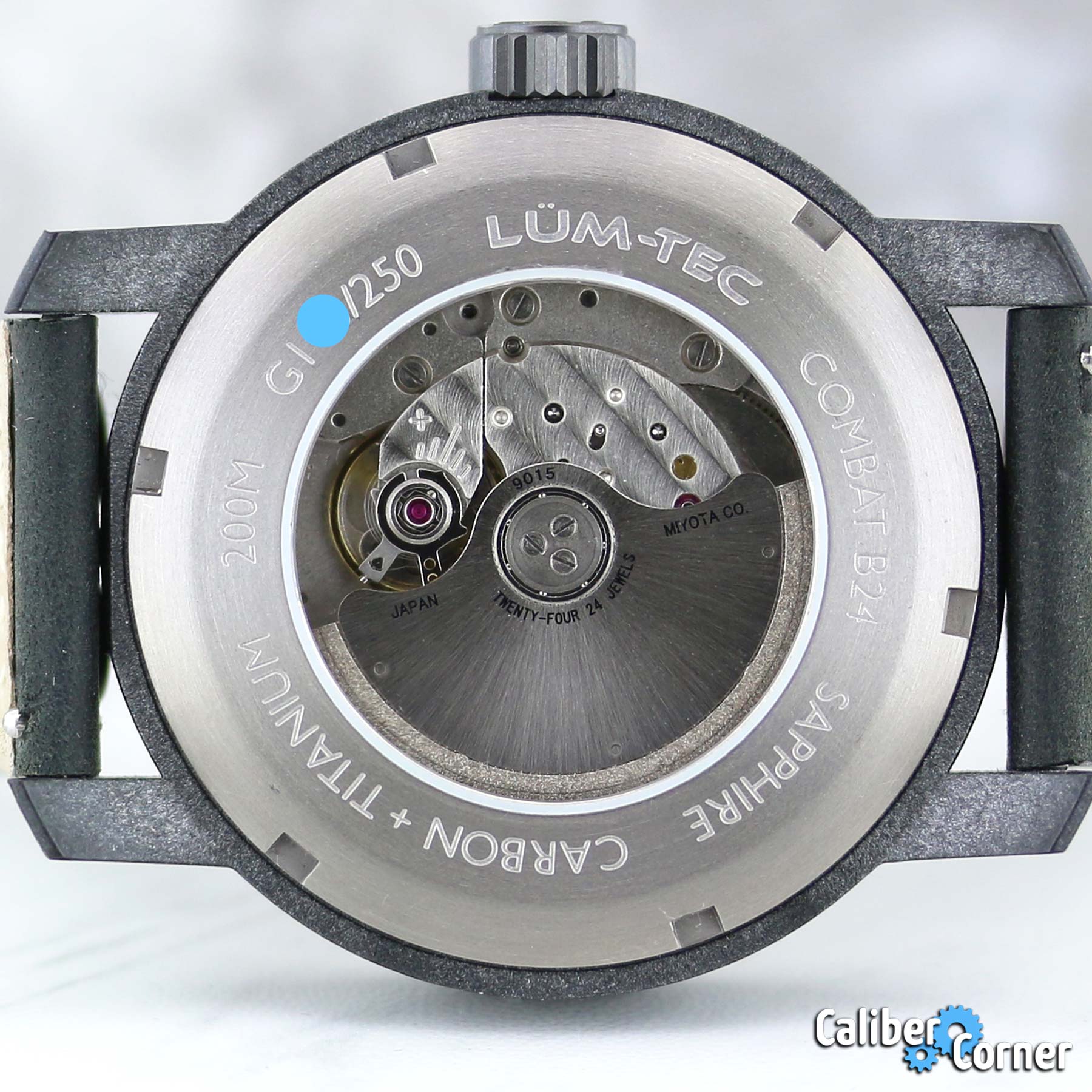 Below is a Miyota 9015 movement found in a BOLDR Odyssey Freediver watch: 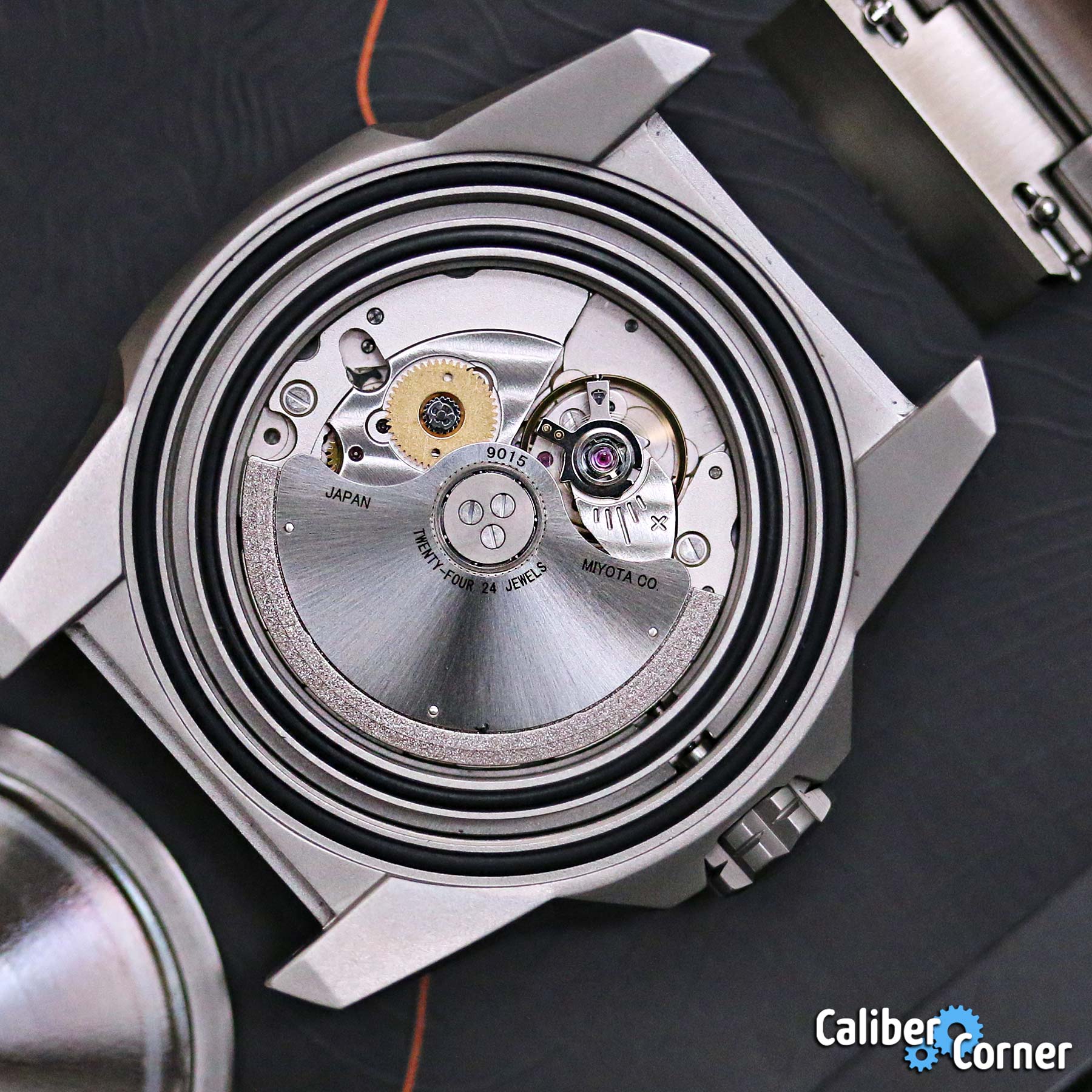