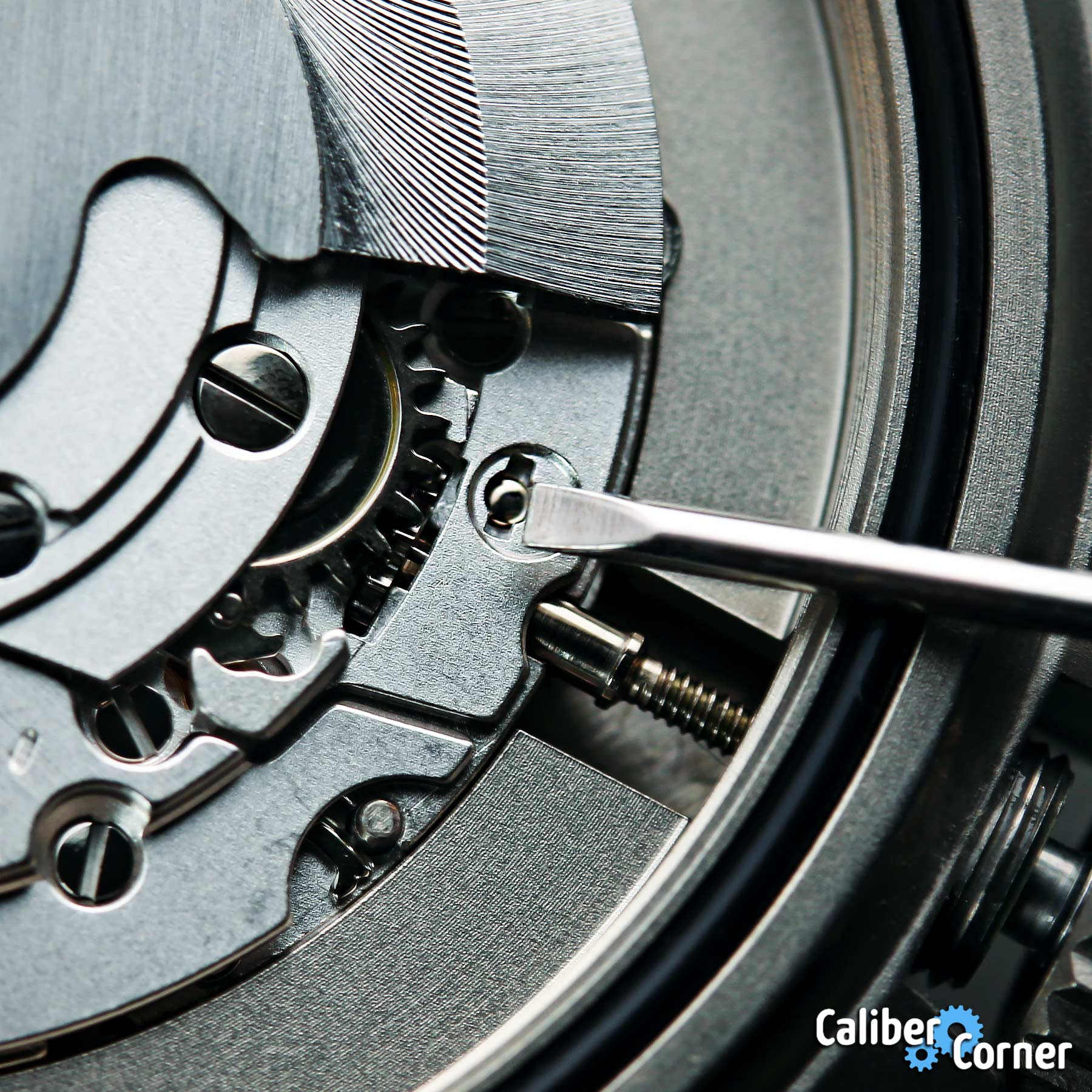 There is good design and there is bad design. And there is design that is both – or is it bad design trying really hard to be good?

Take for example the stem release/detent button on an ETA caliber 2824-2 (and clones thereof)… lots of noobs go poking their tweezers in the hole, jamming the button and screwing up the keyless works. It doesn’t mean they are idiots, it just means they are inexperienced. After all, the shape of the opening is a circle over a circle shaped button, which typically would be a welcome invitation for the needle-like tip of closed set of watchmaker’s tweezers. However, to the right and left of the opening are rectangular shaped wings – here is the good and bad design: The rectangular shape is designed to be the exact size for a 1mm screwdriver (black color), which when using correctly, prevents pressing the button too far.

It’s mind-boggling that one of the most well known Swiss calibers, used in the widest variety of watches for over 50 years, still has such basic misunderstandings and inconsist info in the watch community – partly due to the nature of the internet and know-it-alls giving incorrect instruction without proper research/experience. But largely due to the official documentation being so poor, lacking even the most rudimentary information.

Perhaps simply engraving “1mm” near that hole could have saved thousands of collective hours of watch tinkerers around the world. Or maybe making the button itself more rectangular or the opening less round. Sellita SW200-1 (2824-2 clone) has a more oval button (probably for easier machining), but at least they have documentation readily available with clear and concise instructions on proper stem removal (image below). 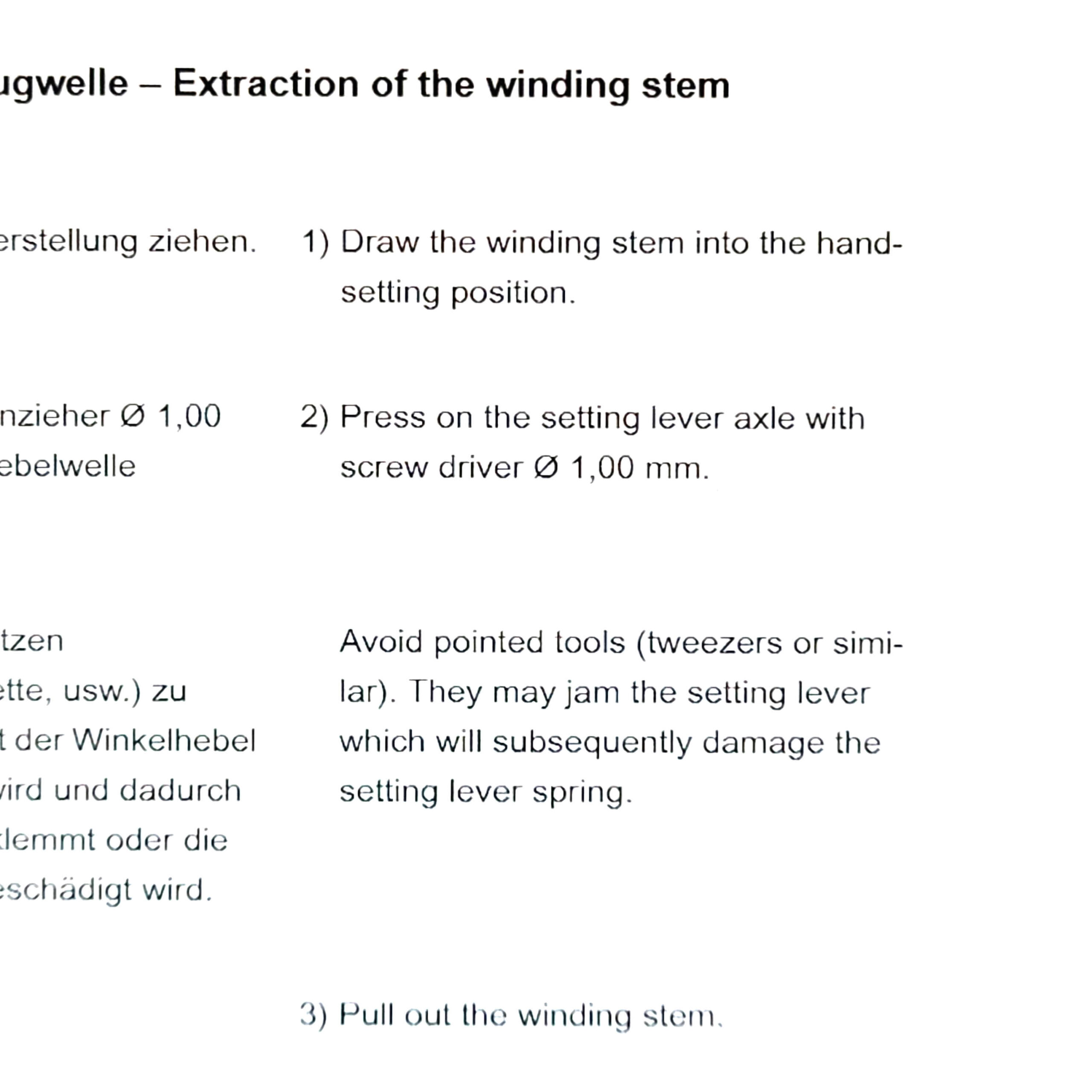 There are lots of videos on YouTube offering the correct way to remove the crown and stem… using tweezers. That may be fine for a seasoned watch technician, but not for someone new enough to the sport to be watching tutorials. Use the screwdriver as the design (good or bad) was intended.

And please don’t even get started on what position to put the crown in before removing the stem. It’s time setting position 🧐