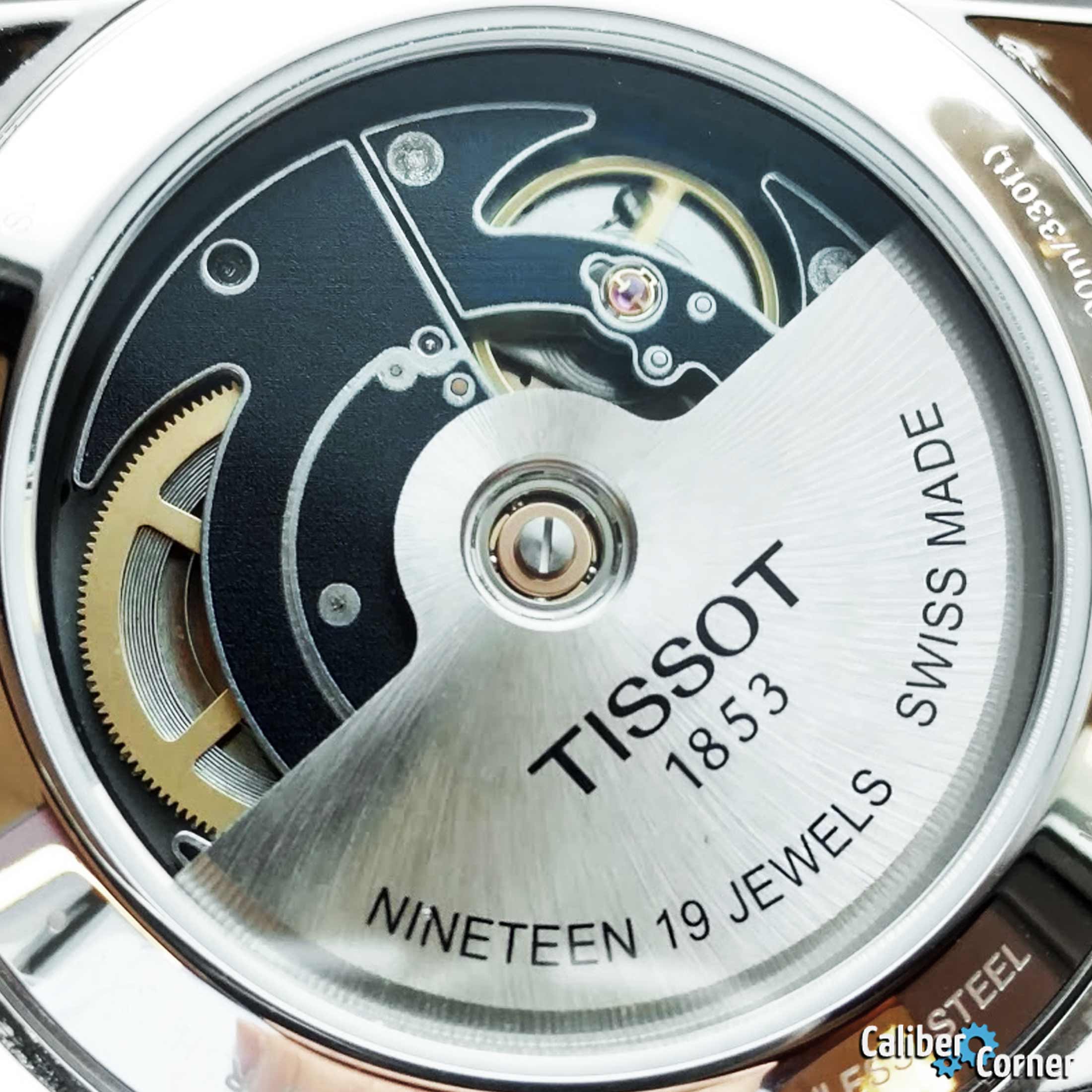 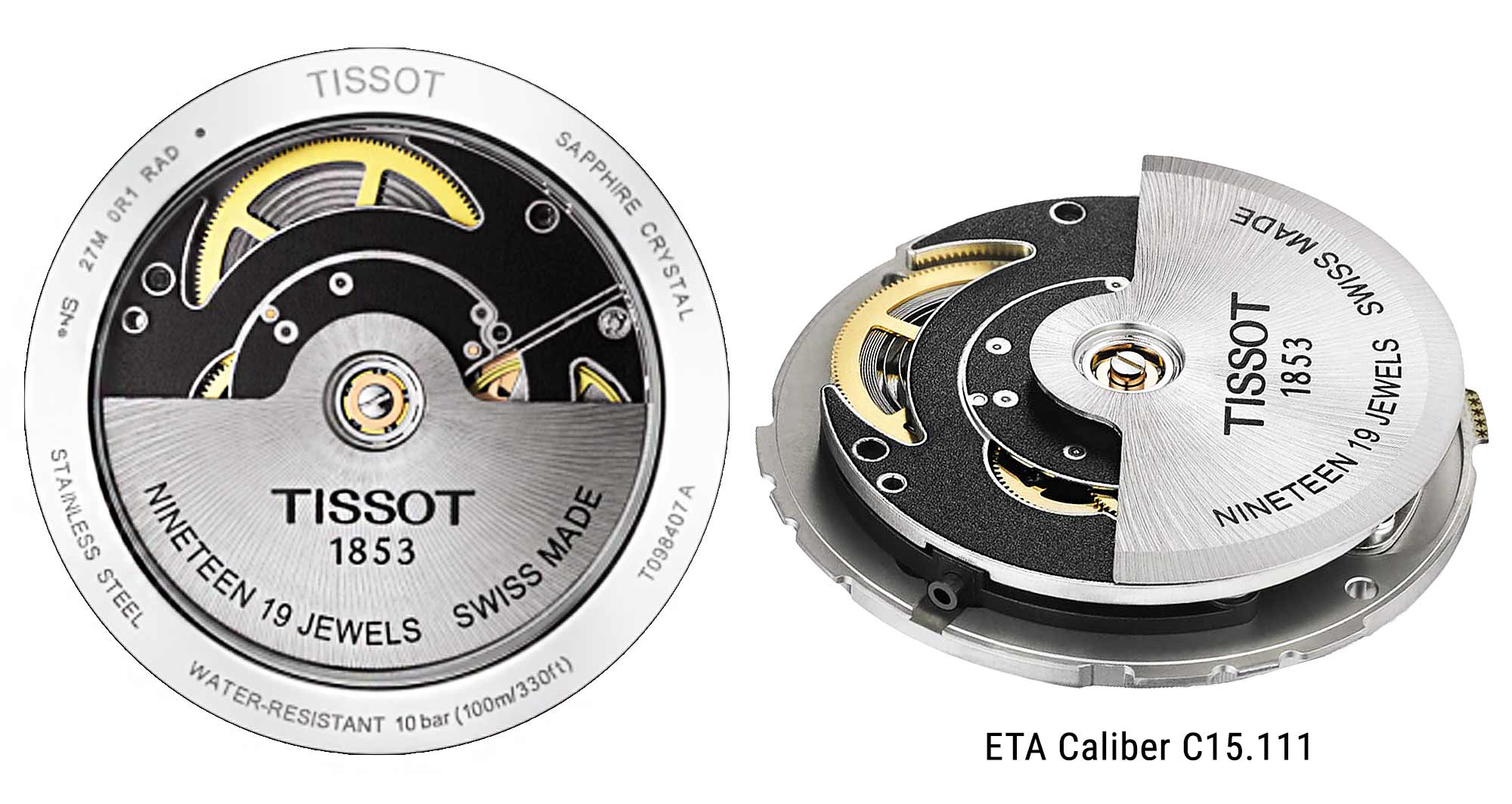 The ETA caliber C15.111 automatic movement is made specifically for the Tissot Everytime Swissmatic and Gentleman Swissmatic lines (at least at the time of this post).

This movement is derived from the System51 robot-made movement in the Swatch Sistem51 watch. In addition to being machine-made, this movement is considered non-serviceable aka disposable. That means, it’s likely that Tissot (Swatch Group) is going to install an entirely new movement for each service instance, rather than replace necessary parts and oil, etc.

About serviceability, Deli on WUS says:

“No service on the movement AT ALL, whether it’s from a tissot watch or a swatch one. No rotor replacement, nor any regulation. The set spiral length is laser-cut, and the metallic balance is poised. You can’t adjust the rate, or add/remove mass on the balance. Tissot case parts (gaskets, sapphire, crown, etc) are serviceable though, in a classic way.” –post

In reference to the synthetic parts used, Tom-HK said:

“So the balance / escapement set-up is probably lifted straight from the Sistem51. Synthetic parts abound, but still a metal balance spring. Similar accuracy spec, too. Well, I hadn’t really expected a silicon balance spring at this price point, I suppose. Tissot need to be a bit wary of mentioning the ‘synthetic escapement’ bit (not that I have seen it prominently in any of their marketing for this model, to date), lest they inadvertently lead people to the wrong conclusion.” –post

“While the movement used in the Tissot Swissmatic is an adaptation of the Sistem51, brand representatives for Tissot explain that the current iteration was designed exclusively for Tissot. In this configuration, the mechanical automatic movement has a three-day power reserve. The components of the movement are manufactured and assembled by modules and soldered in Boncourt, Switzerland.” –source

Some watches with this caliber: 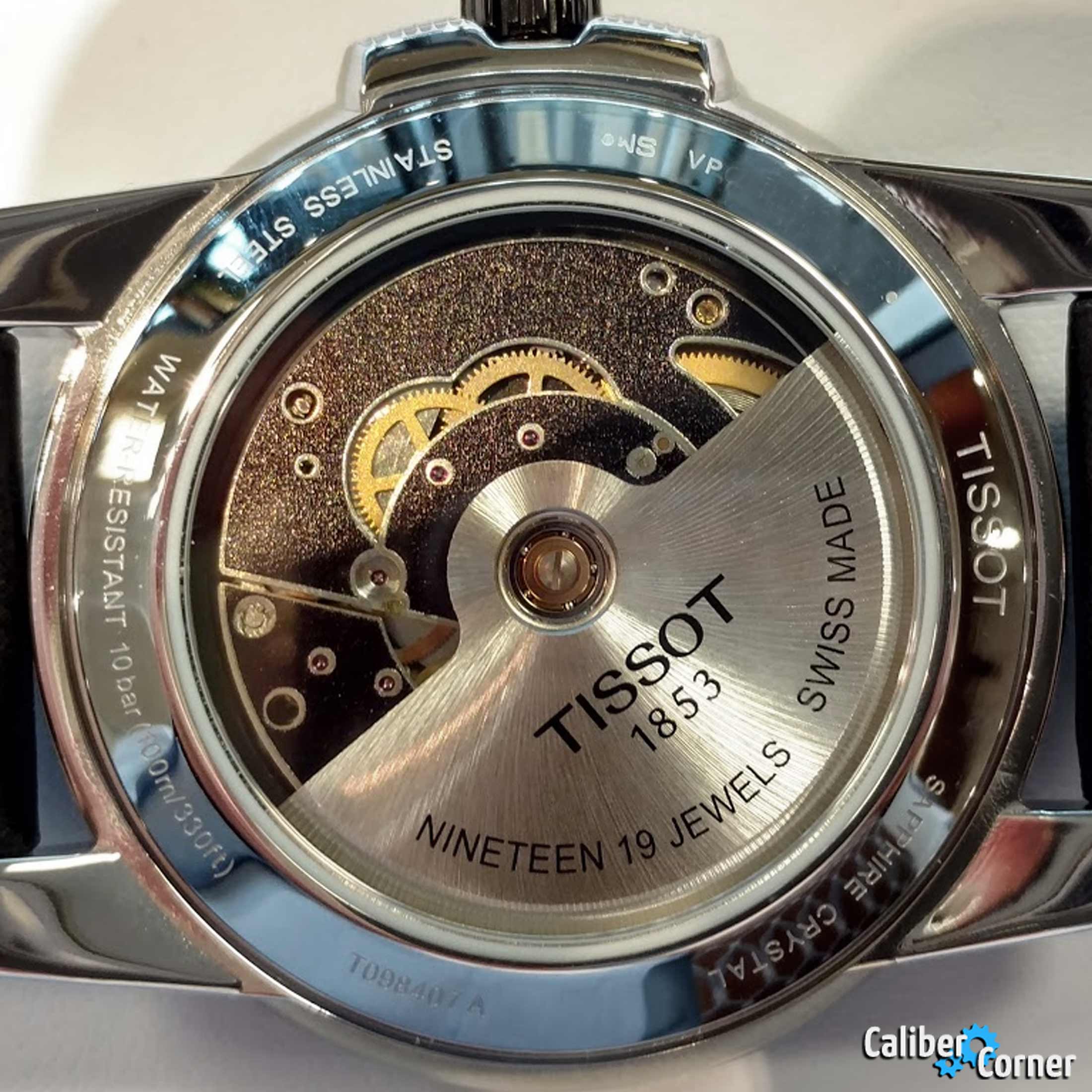 Let us know about your experience with the ETA caliber C15.111 Swissmatic movement below…

stated above in this article “Maurice Lacroix caliber ML115 is a Swiss made automatic watch movement ...

Why you should wear finger cots…

Don’t forget about radium. The lume in some of the ol’ timers can be some ...

9
I wish more brands would use this movement. So far I can’t find any, even ...
8
Don’t let the ETA stamp fool you. This G10 quartz movement is total unserviceable welded ...
6
I think that my Breitling Colt GMT has this movement. The GMT hand is out ...
5
Hi I’m looking for Movement Omega 1310 Quartz and find your page on the internet. ...
5
Are Fredrique Constant watches any good? I like the looks but I want to hear ...