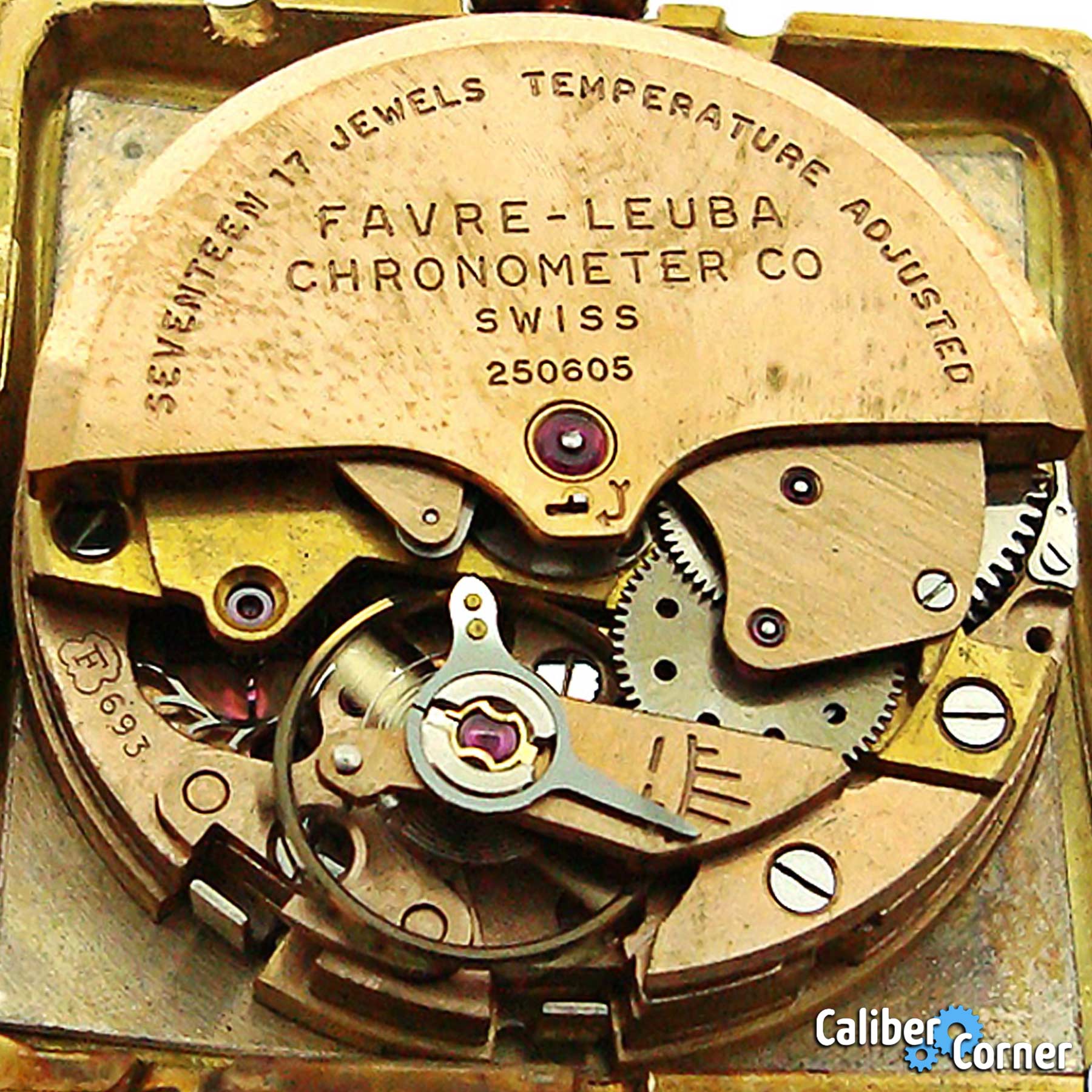 The Felsa caliber 693 (not to be confused with the Zenith 693) is an automatic triple-date moonphase movement with 17 jewels. This caliber was produced by Ebauches S.A. in Neuchatel, Switzerland in the 1950s.

There are 4 pushers, with 2 on each side of the case. Here is what they control:

Note: Do not set the calendar between the hours of 10PM and 2AM. This is when the automatic advancing or jumping of the calendar takes place and the movement could become damaged if the advancement is forced while the automatic system is engaged.

There is a similar caliber 690 with the main difference being that the 693 adds a calendar and moonphase complication. Most of the parts are interchangeable between these two calibers, with exception to a few parts such as the main plate, pallet cock, center wheel, cannon pinion, and sweep seconds pinion.

In an article by iW Magazine:

“The 693 added the calendar with day of the week and month in two small windows above the center and day of the month around the perimeter of the dial with individual recessed pushers for day, date, month and moon phase—Felsa’s most complicated movement.” -From an article titled “Five Vintage Hearts”

The calibre 693 was part of the second generation Bidynator automatics produced by Felsa, starting in the late 1940’s, and was the most complicated movement of this series. The Bidynator series was the first automatic movement to wind in both directions, and represented a milestone in the development of the automatic wristwatch.

Pictured below is a triple-date Felsa caliber 693 chronometer movement found in an 18k moonphase calendar chronometer by Record Watch Co. The rotor is signed by Favre-Leuba Chronometer Co. This example is from circa 1960’s. 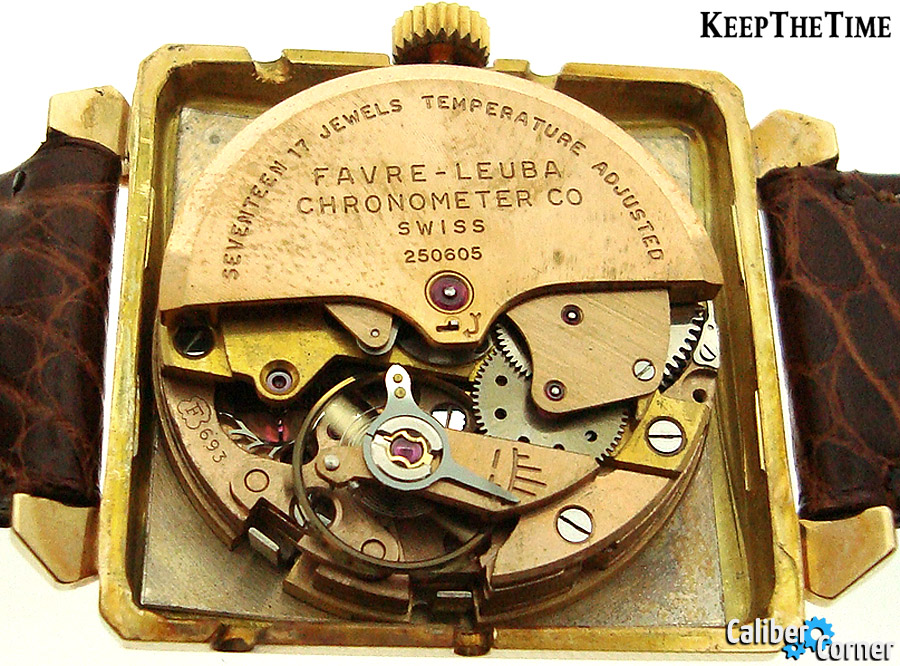 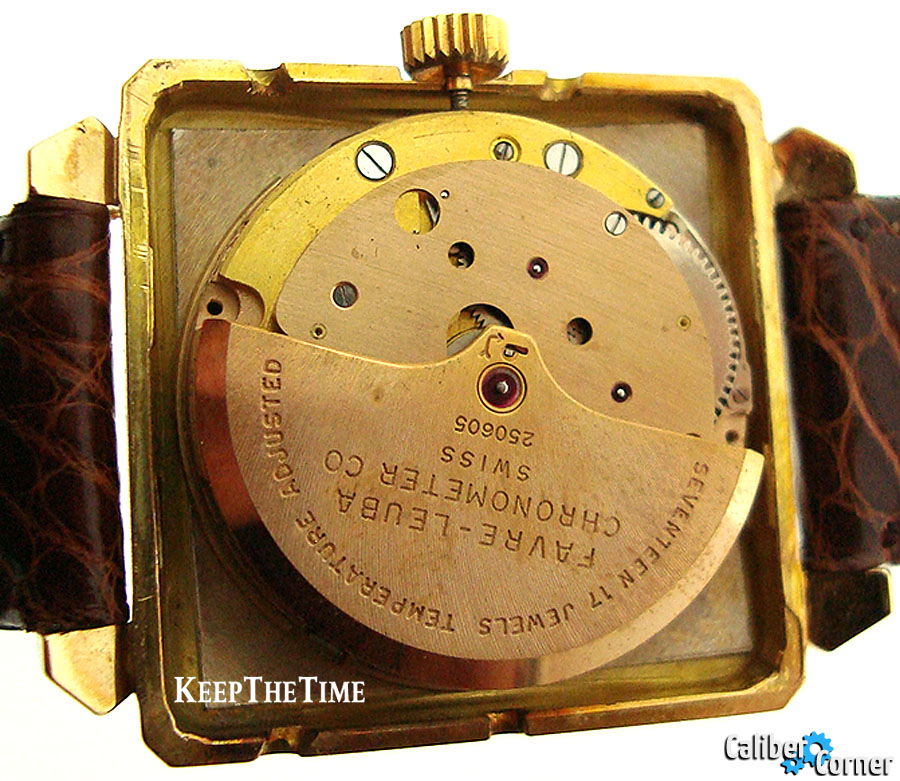 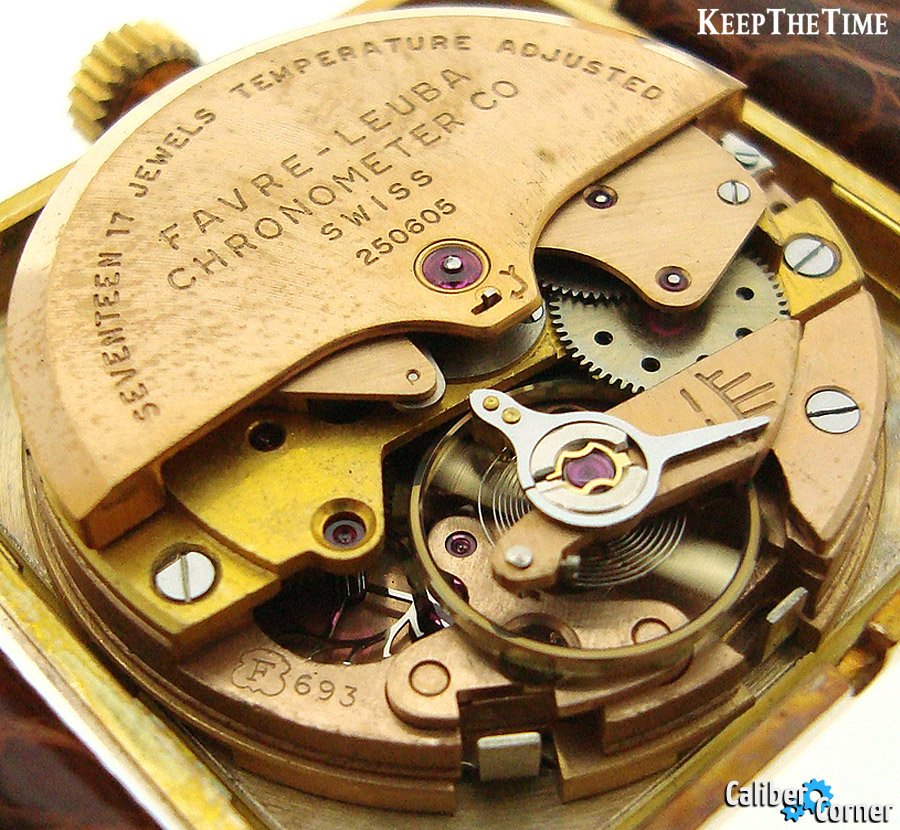