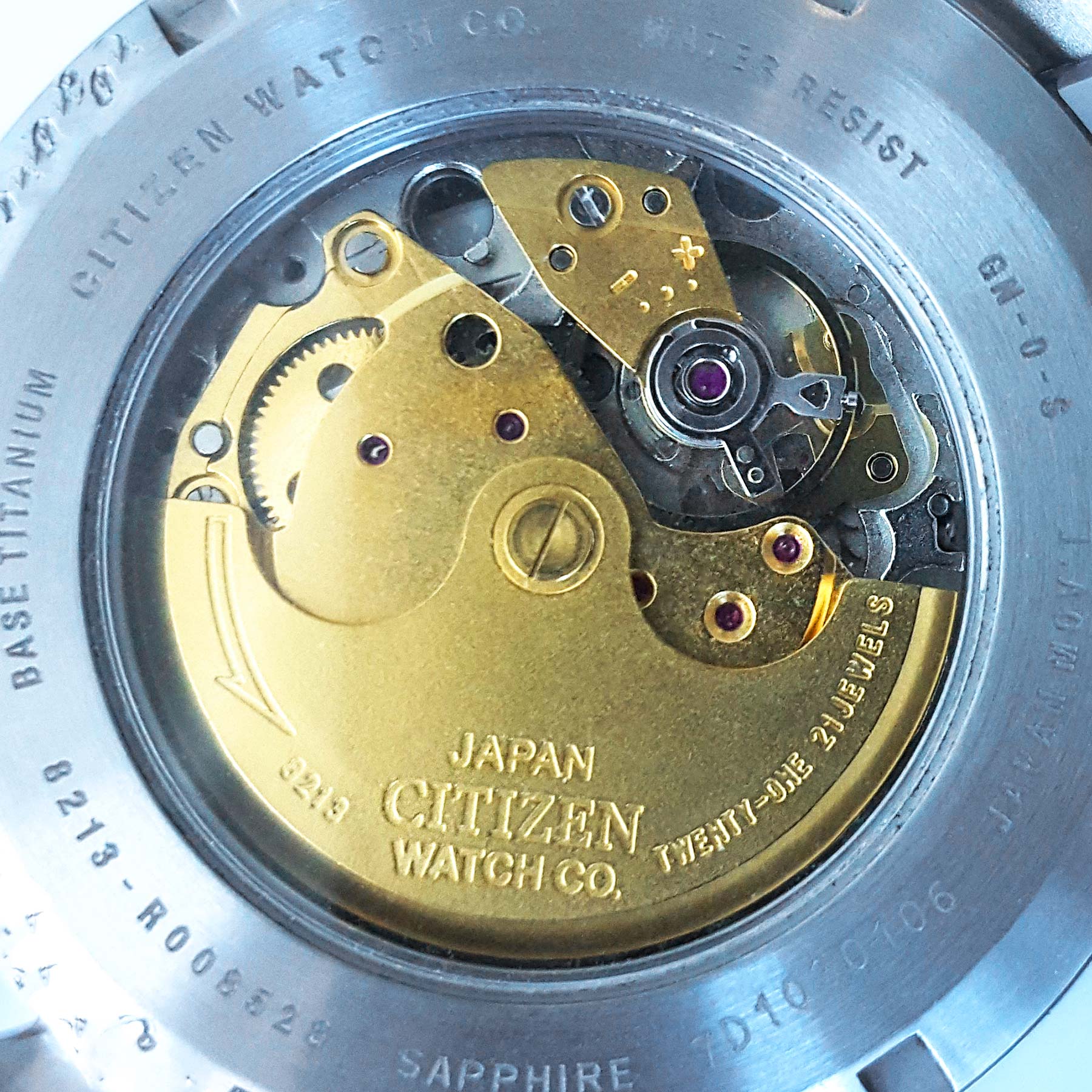 The difference between the two movements is that the base caliber 8210 has a central sweeping second hand and the 8213 has a small seconds subdial between 4:00 and 5:00. Both are 21 jewels and are finished similarly.

The Citizen caliber 8213 is basically Citizen’s branded version of the Miyota (owned by Citizen) caliber 8218. You can learn more about that caliber and see for yourself here.

Examples of watches with this caliber

Submitted by Matt D. Thanks, Matt!