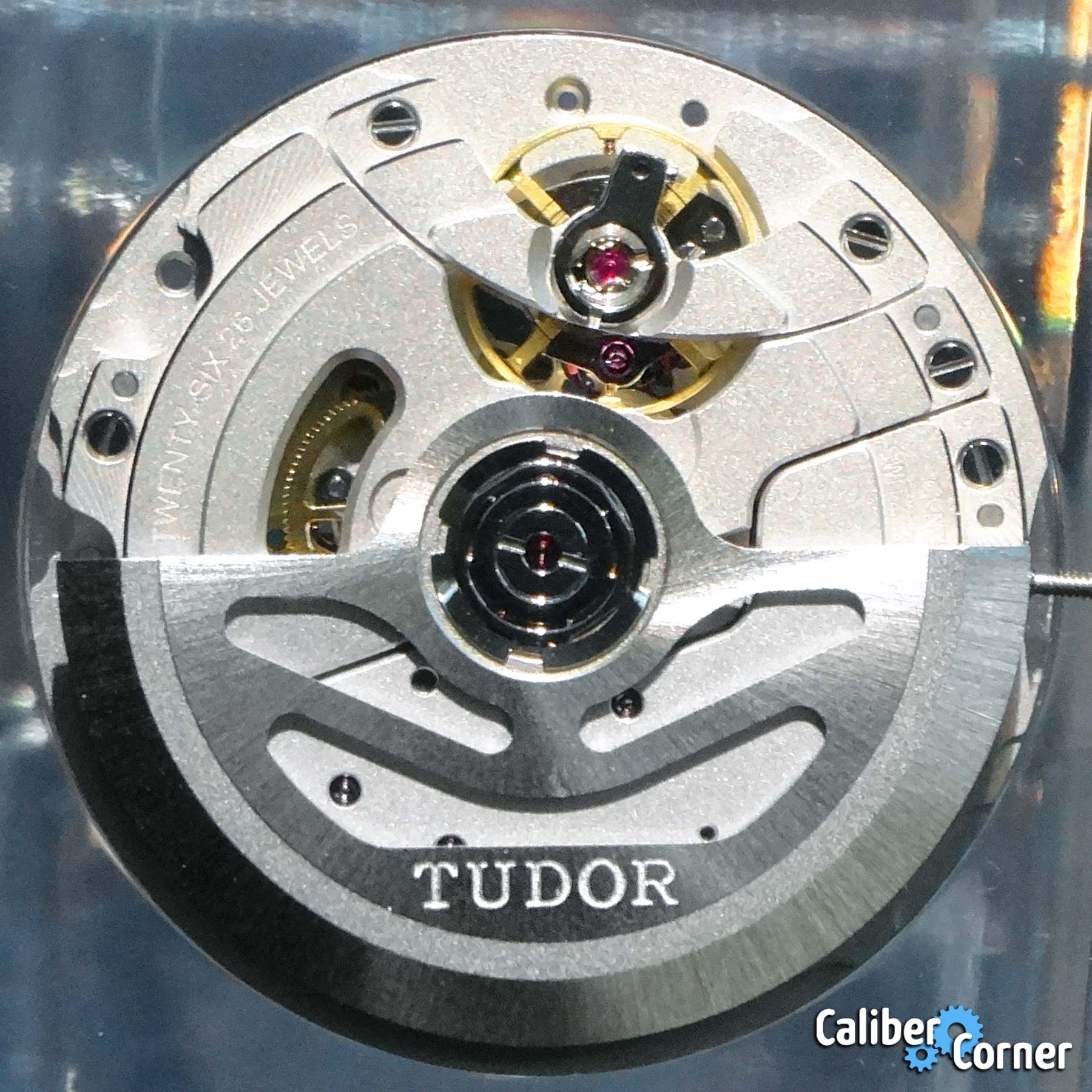 The Tudor caliber MT5612 automatic caliber is an in-house Certified Chronometer (COSC) movement. It is equipped with a bidirectional rotor system and variable inertia balance, micro-adjustment by screw. This caliber also features a non-magnetic silicon balance spring. This movement was introduced in 2015.

The Tudor caliber MT5602 (found in the Heritage Black Bay) is similar but has one less jewel and no date complication. Both are 28,800 vph and 70 hr power reserve. 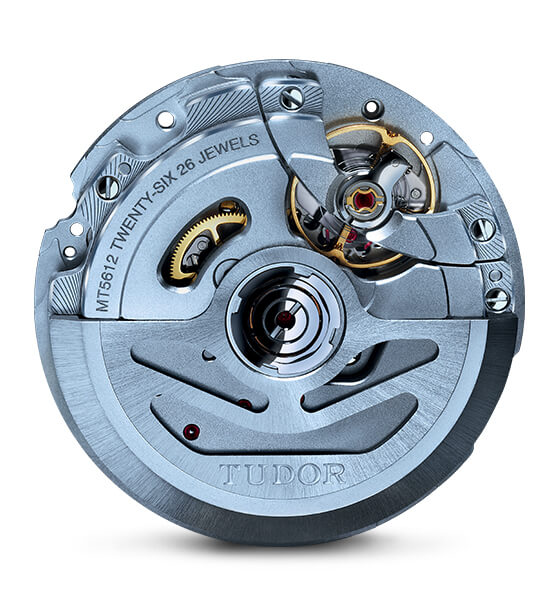 “The Pelagos is powered with the new TUDOR Manufacture Calibre MT5612, providing impressive autonomy. Its power reserve of approximately 70 hours means that its wearer can, for example, take off the watch on Friday evening and put it on again on Monday morning without having to wind it. In addition to the hour, minute and central second functions, it provides an instant date display visible through an aperture positioned at 3 o’clock. Beating to a frequency of 28,800 beats/hour or 4Hz, this movement is regulated by a variable inertia oscillator with silicon balance spring, held in place by a traversing bridge fixed at both sides to improve resistance to shocks and vibrations. Its self-winding system is bidirectional. The movement is certified by the Swiss Official Chronometer Testing Institute (COSC).”

The first edition of the Pelagos has an ETA caliber 2824-2 movement. These models can be found on the used market for a lower price than the updated models with the in-house caliber MT5612 featured here. The easiest way to tell the difference between the two watches is that the ETA (V1) model only has two lines of text on the dial. This is sometimes referred to by Tudor enthusiasts as the two liner. The in-house model has five lines of text and a different caseback to accommodate the new movement. 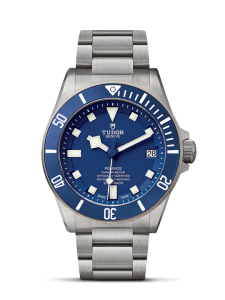 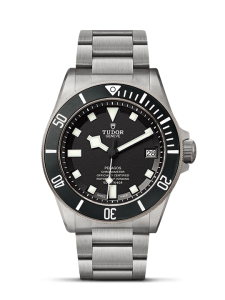 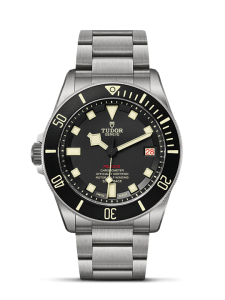 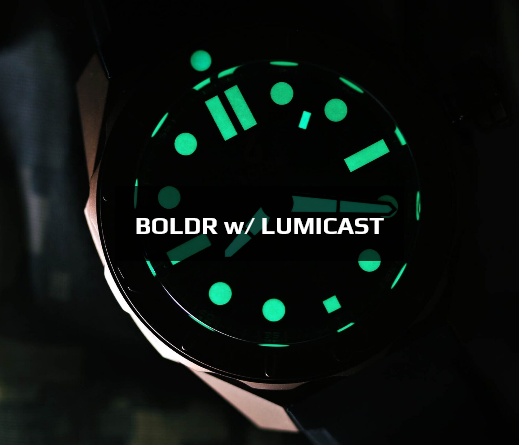