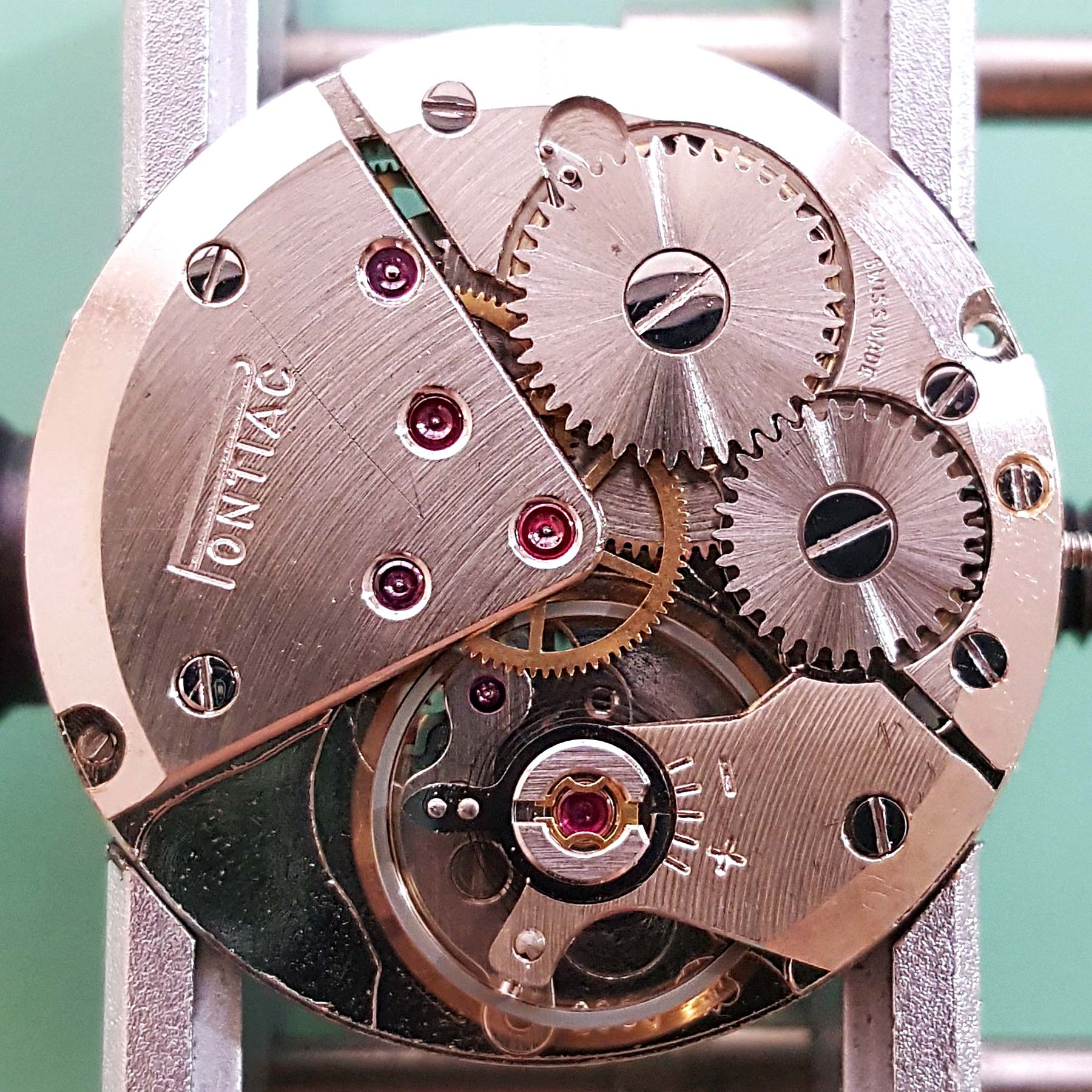 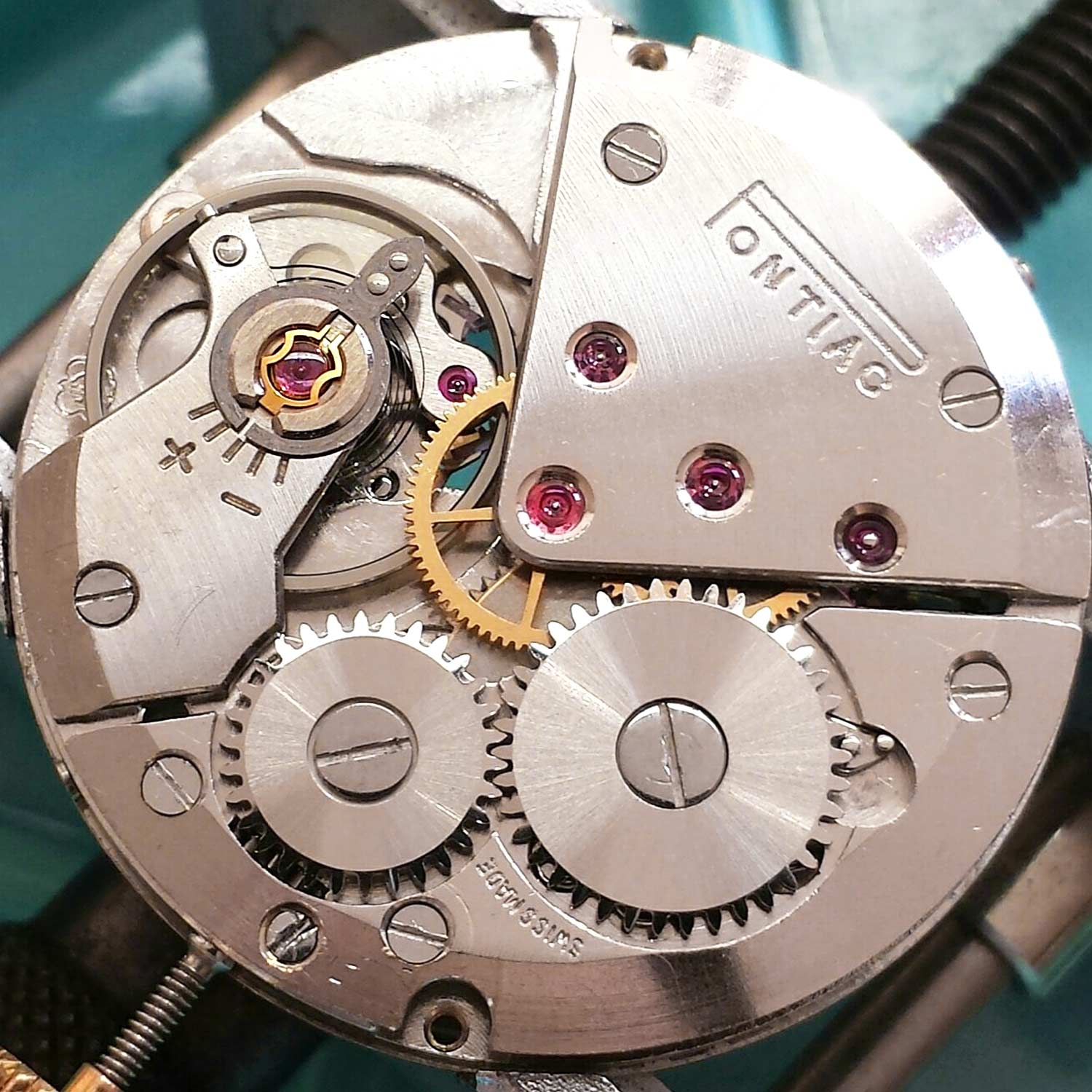 The movement pictured is from a vintage Pontiac dress watch. This movement was also found in several 1970’s Hamilton watches. Hamilton called their movements the Hamilton caliber 60, 688, caliber 75, etc. These base for these calibers was the ETA 2390.

It’s interesting that the List of ETA Movements on Wikipedia (link) doesn’t include the 2390.