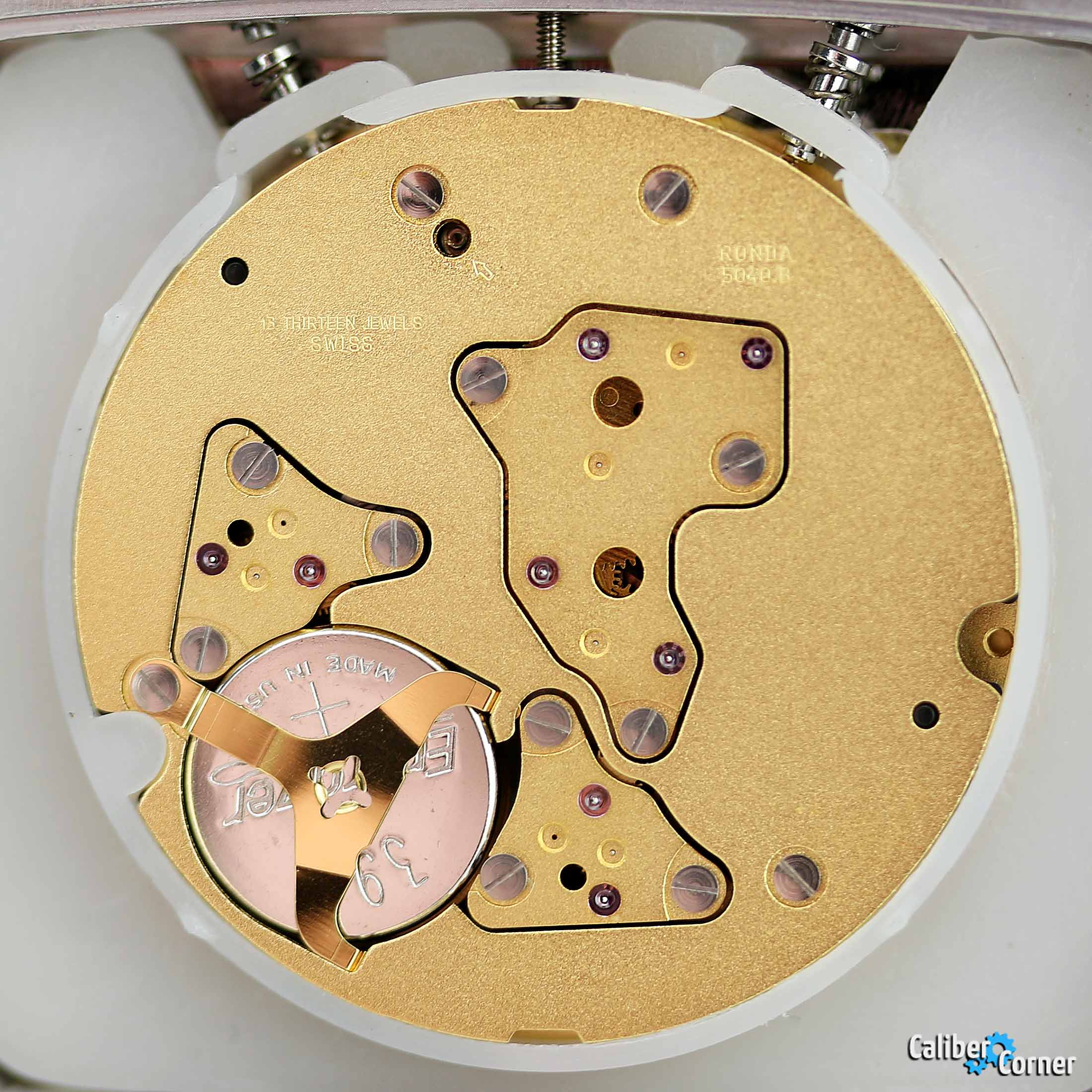 The Ronda caliber 5040.B is a quartz chronograph watch movement.

The 5040.B has a power saving mechanism with pulled out stem (aka hacking which also reduces battery drain). Reduction of consumption with the crown pulled out is approximately 70%. If you leave your crown pulled out because you aren’t wearing the watch as frequently as usual, just be careful of how you store it. Don’t forget that the crown is pulled out or unscrewed or you can catch it on something and potentially break the stem. It’s also worth noting that leaving the chronograph function running constantly will cause the battery to drain faster. 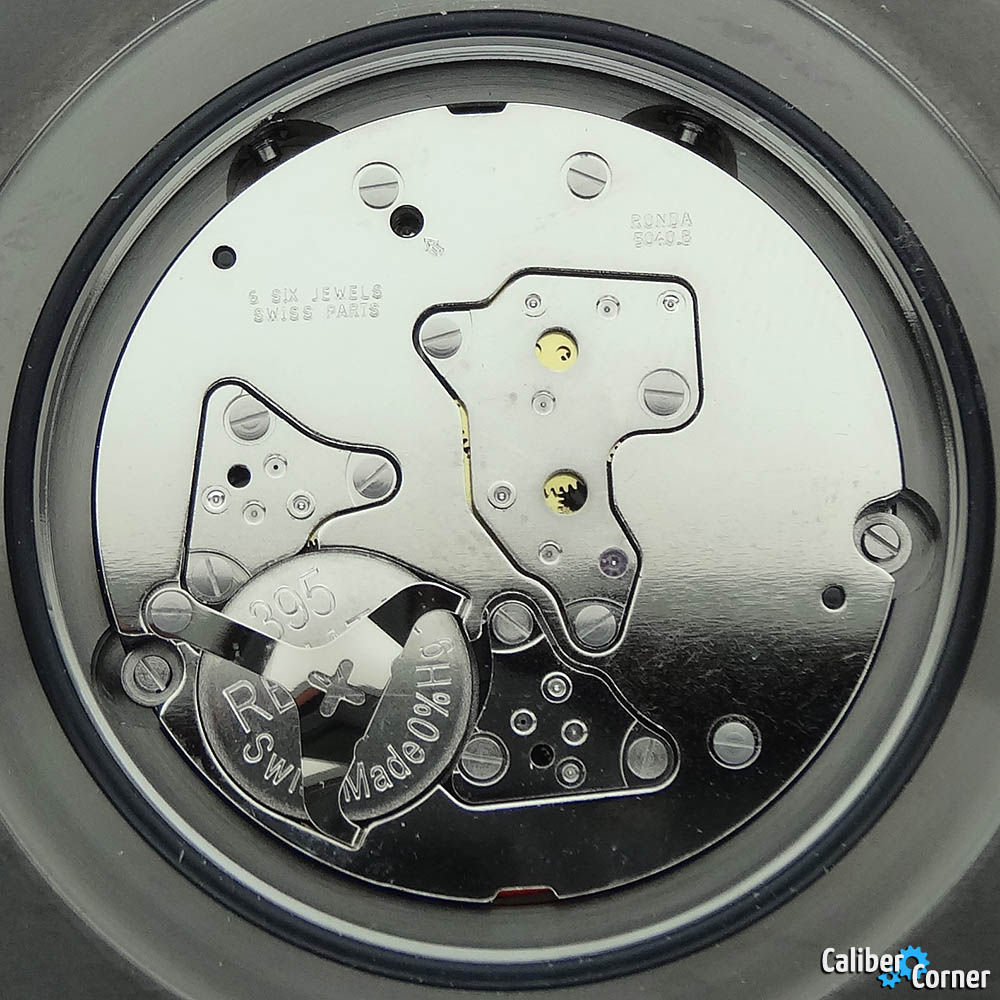 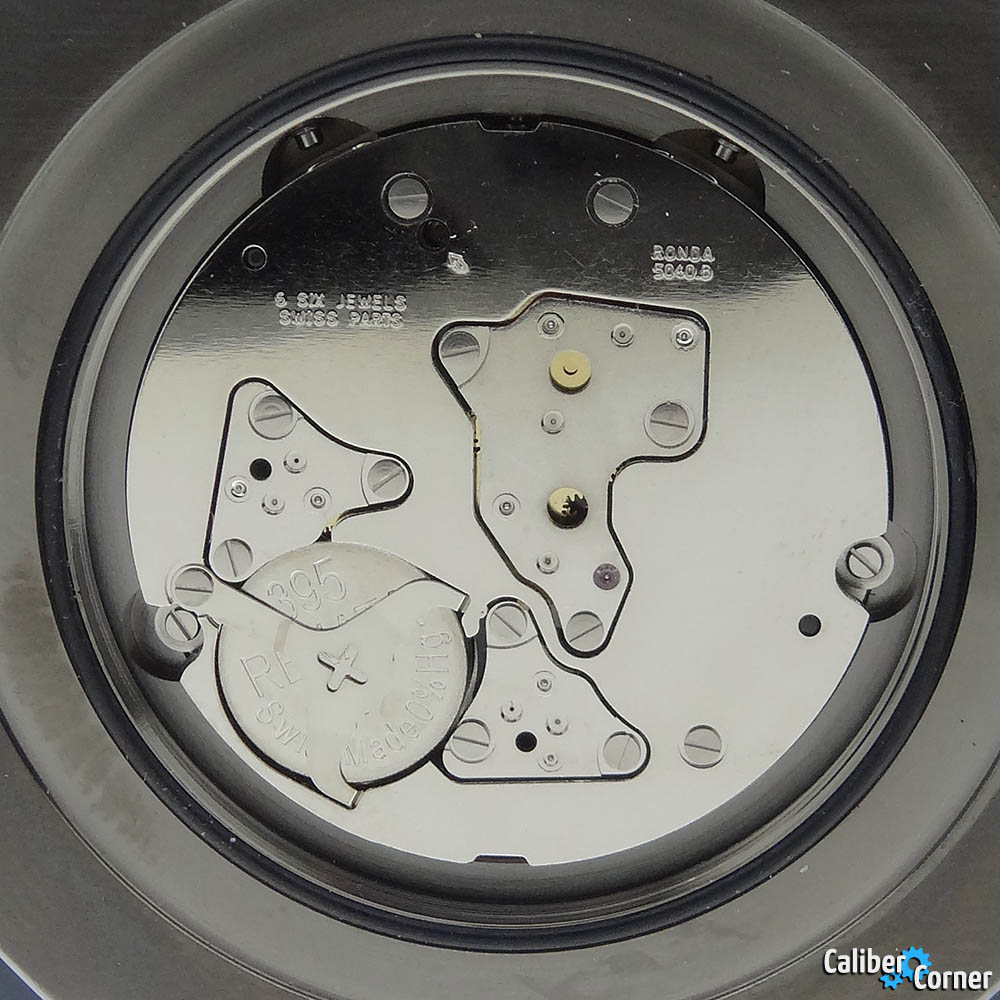