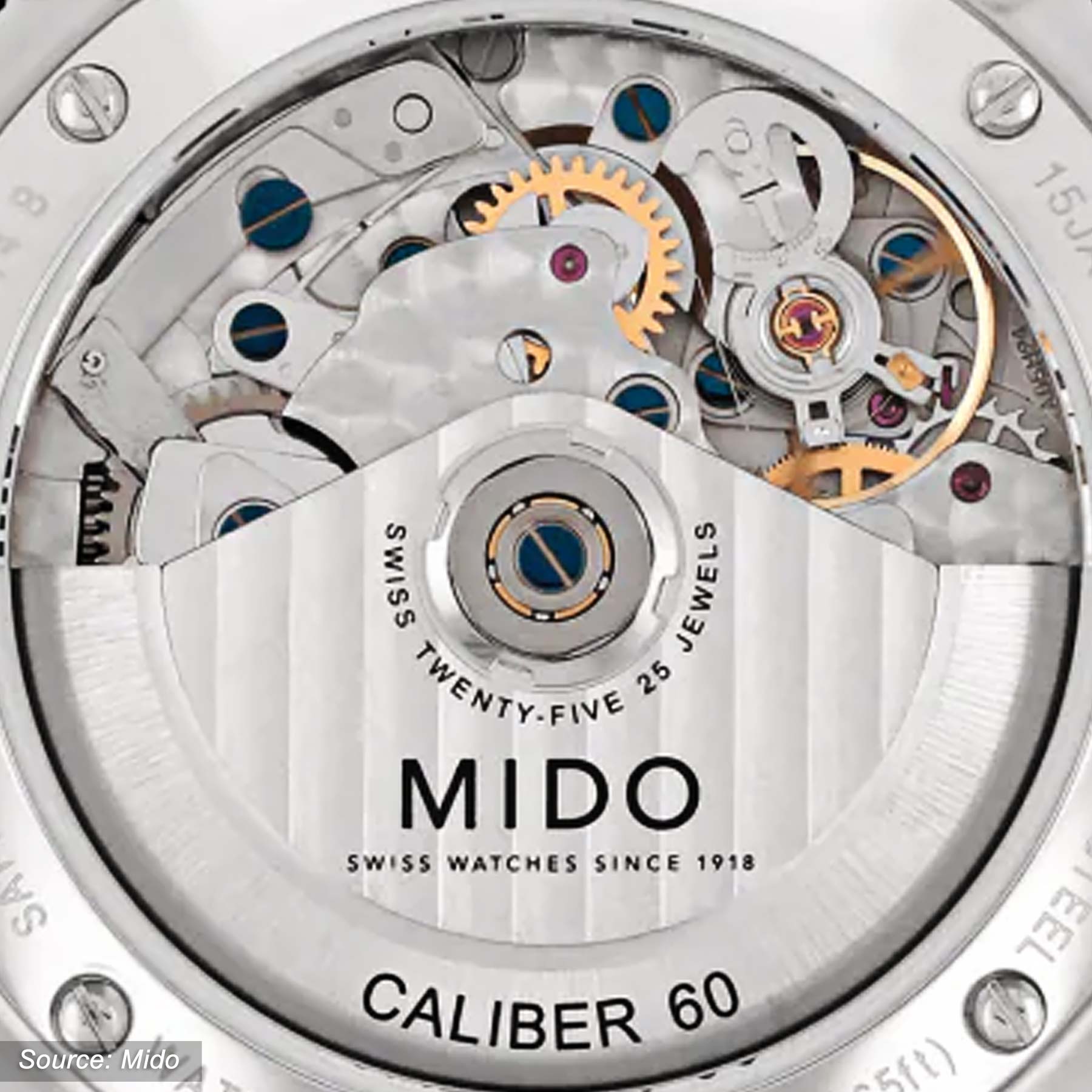 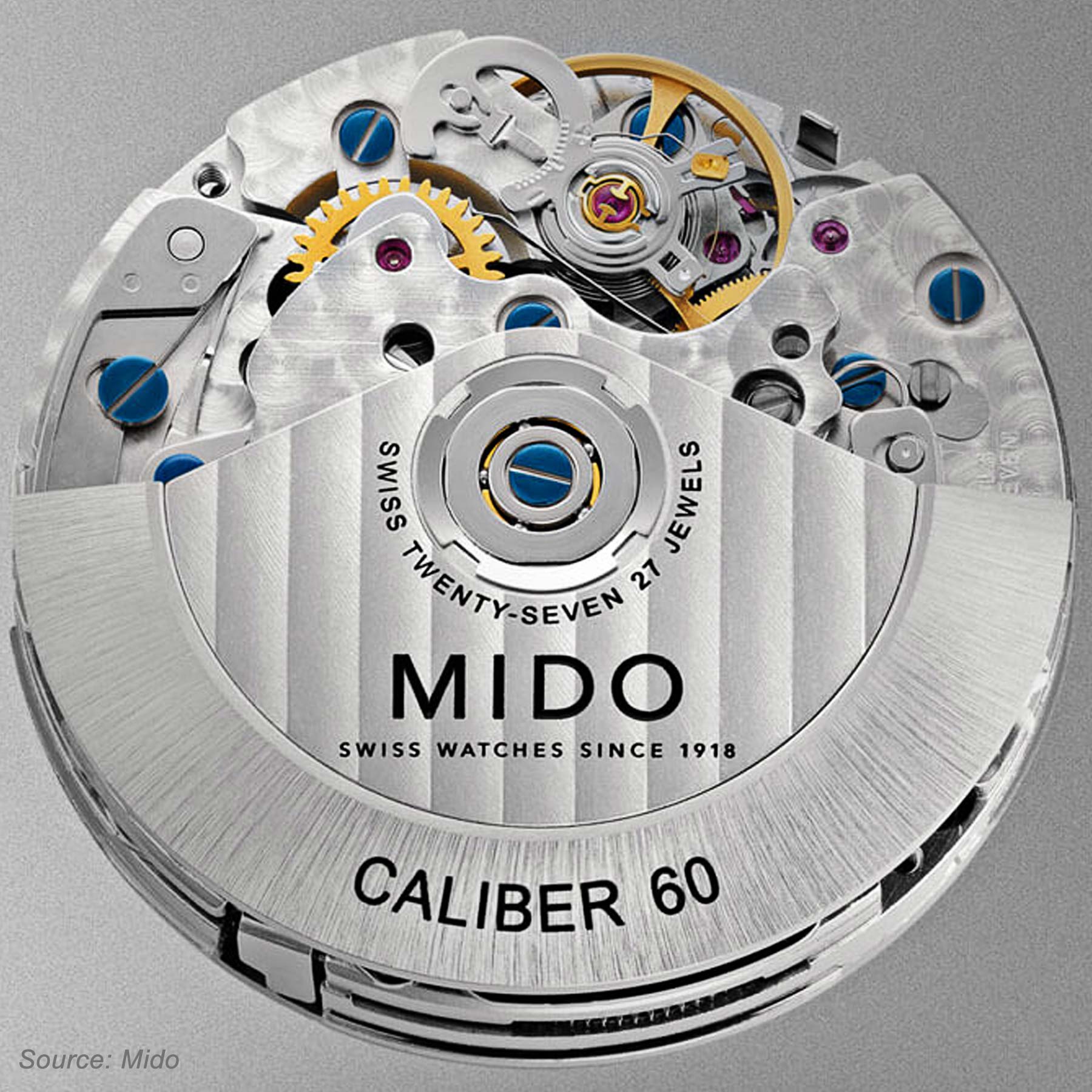 The Mido caliber 60 is an automatic cam type chronograph movement based on the ETA caliber A05.H31. This movement is from the same family as the caliber 7750, but with upgrades such as a longer barrel for an increased power reserve of 60 hours (hence, caliber 60 as the name).

In Mido’s own words:

“The Caliber 60 is an automatic chronograph watch movement at the cutting edge of watchmaking innovation that offers up to 60 hours of power reserve, compared to approximately 48 hours on a standard version.”

Mido makes an effort to put movement details on their site (not all brands bother with this information), but the brand itself seems confused as to what should be called a Mido caliber 60. For example, this caliber designation is used for watches with two different complication layouts, with movements using two different base calibers:

Based on the screenshots above, Mido is using ETA calibers A05.H21 and ETA A05.H31 as the base for what they call the Mido 60. But while these are similar movements based on the same framework, they are still two different calibers – they don’t even have the same jewel count! The main differences are:

Mido refers to this variation as “Automatic Chronograph” in the user manual.

Mido refers to this variation as “Two Counters Automatic Chronograph” in the user manual.

Another big difference between the two movements is that the A05.H31 (7753) based caliber has a pusher on the side of the case at 10:00 to change the date. This is not openly disclosed on Mido’s product page and the only side of the watch not pictured is the side with the date pusher.

So, it seems like Mido is using “Caliber 60” to refer to the fact that it has a 60 hour power reserve, but they should have used a different caliber number to distinguish between the two rather than naming them all 60. Because of this oversight, you may not know which movement is actually in your Mido watch until you study the dial configuration and complication layout.

Editor’s Comment: When brands do stuff like this, it just shows how out of touch they are with the watch community.