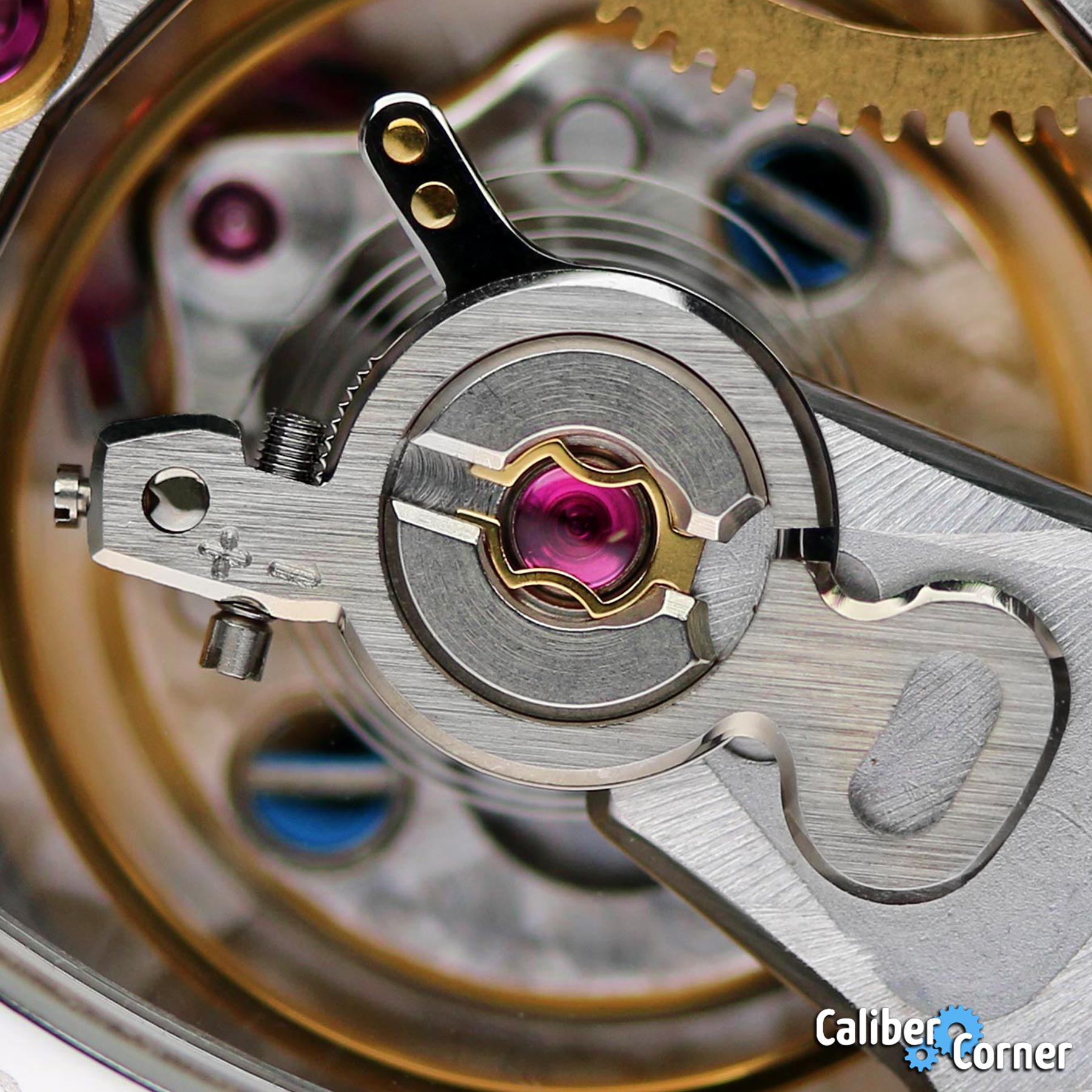 Triovis is a style of watch movement regulator aka precision adjustment device. Triovis regulators offer the ability to fine-tune the timing via a side mounted screw system. 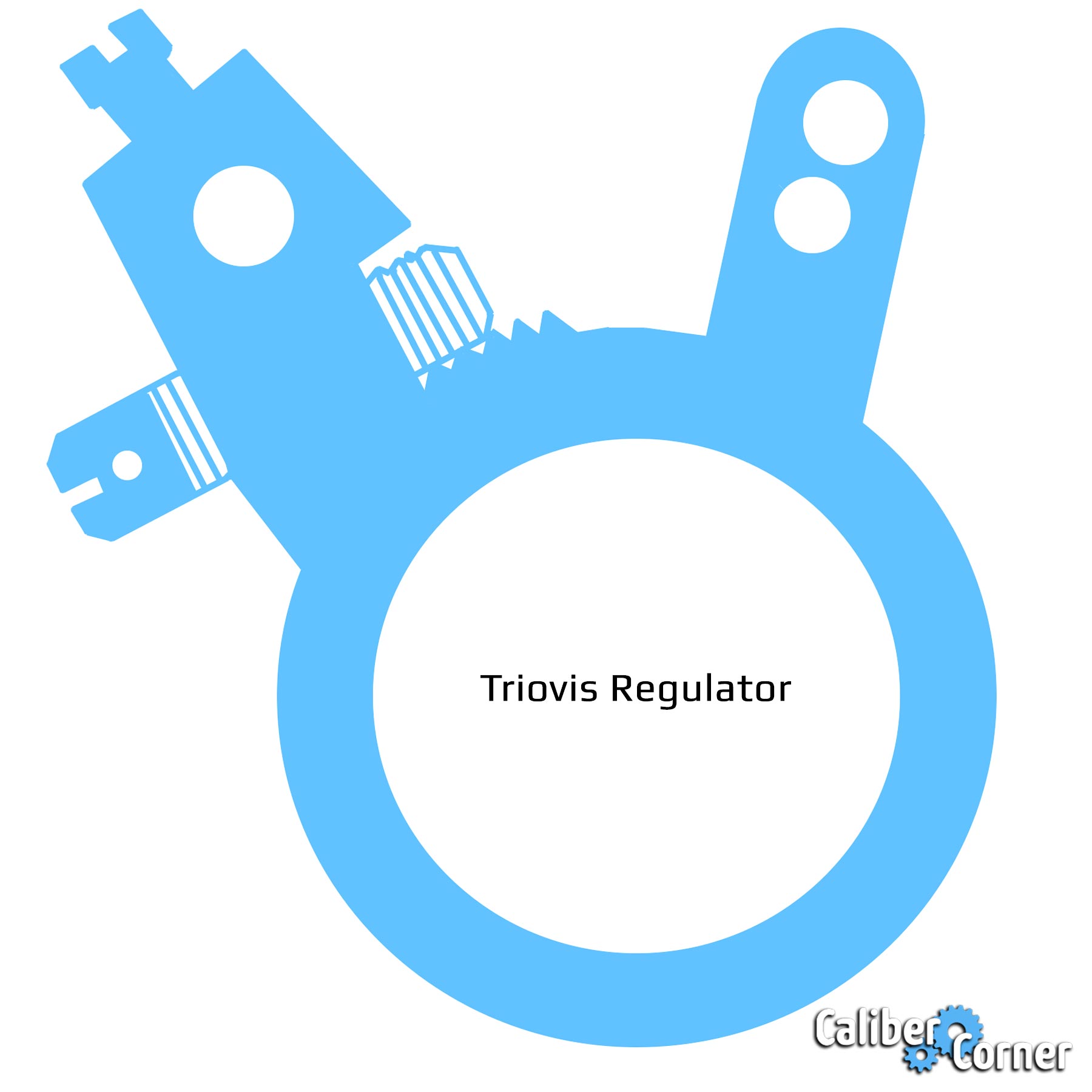 The Triovis regulator is patented product of Valdar SA which was consolidated into the Swatch Group in 2010 after being taken over by Swatch Group’s François Golay SA.

As per the official press-release:

“Furthermore, Valdar SA a company whose headquarters are in L’Orient, will be taken over by François Golay SA, which is based in Brassus. Since 1914 Valdar SA has been producing micro-mechanical components which conform to the stringent regulations set by the watchmaking industry; François Golay SA is also a company specializing in the manufacture of components of exceptionally high quality for supply to luxury watchmaking companies. The integration of Valdar SA into François Golay SA will ensure the centralization of the production, assembly and high-end finishing processes into one legal production unit in the Vallée de Joux.” –source

The Triovis is found in many watches, such as in the Maurice Lacroix (caliber ML-76) pictured above (with Incabloc shock absorber), but it is typically found on higher end Swatch Group movement. For example, the Trivois regulator pictured below was found on this Vacheron Constantin caliber 1137 (with KIF shock absorber), made by Frederic Piguet (Swatch Group owned). This style of regulator is not only used by Swatch, but also brands like NOMOS, Richard Mille, Hublot and Tudor to name a few. If you have a watch with this regulator, please talk about it below, as well as your experience with regulating one. 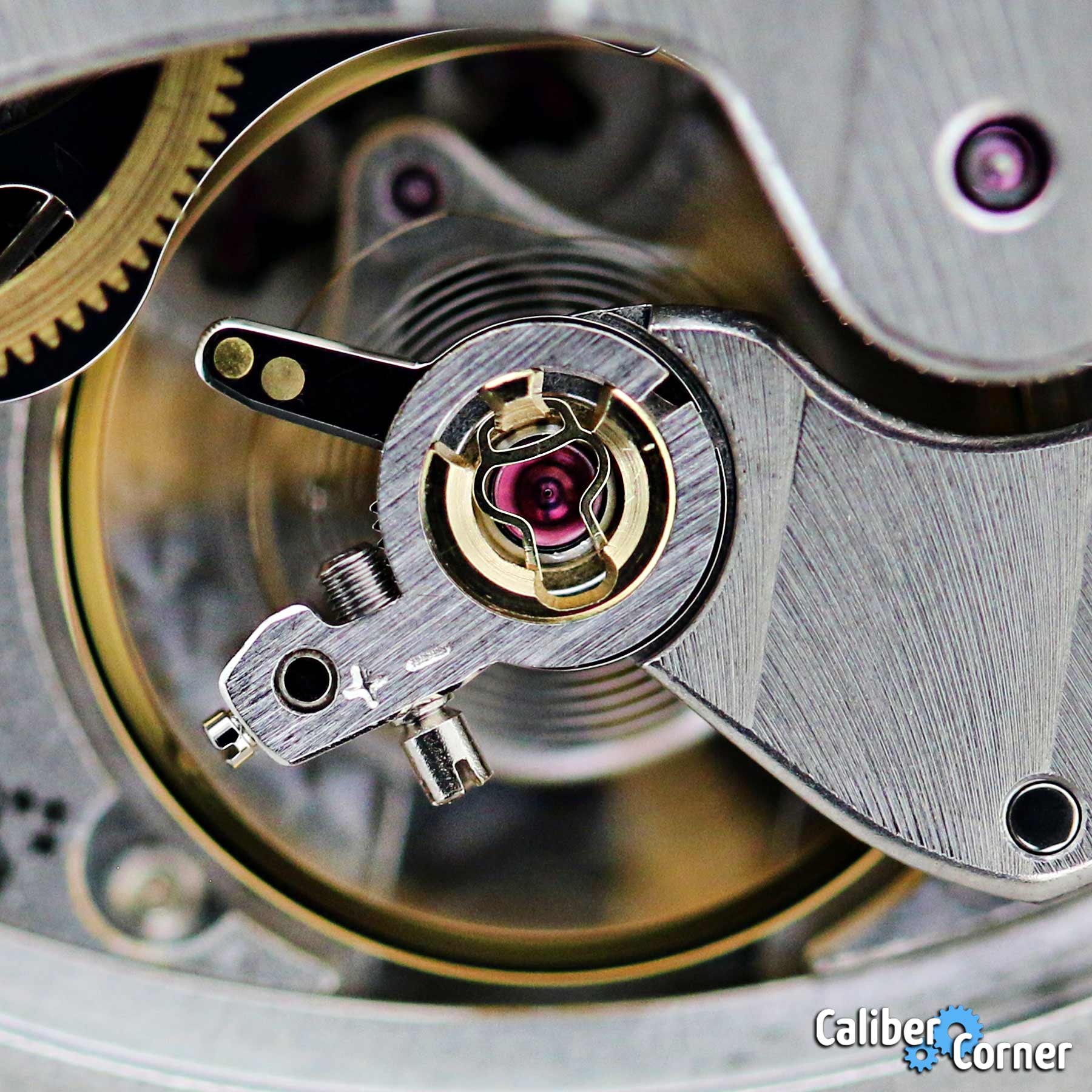 How does it work?

The main premise of the Triovis is the tiny threads on the micro adjustment screw, being interlocked with teeth on the outside of the regulating disc, allowing for extremely precise fine-tuning (see the zoomed in image below). 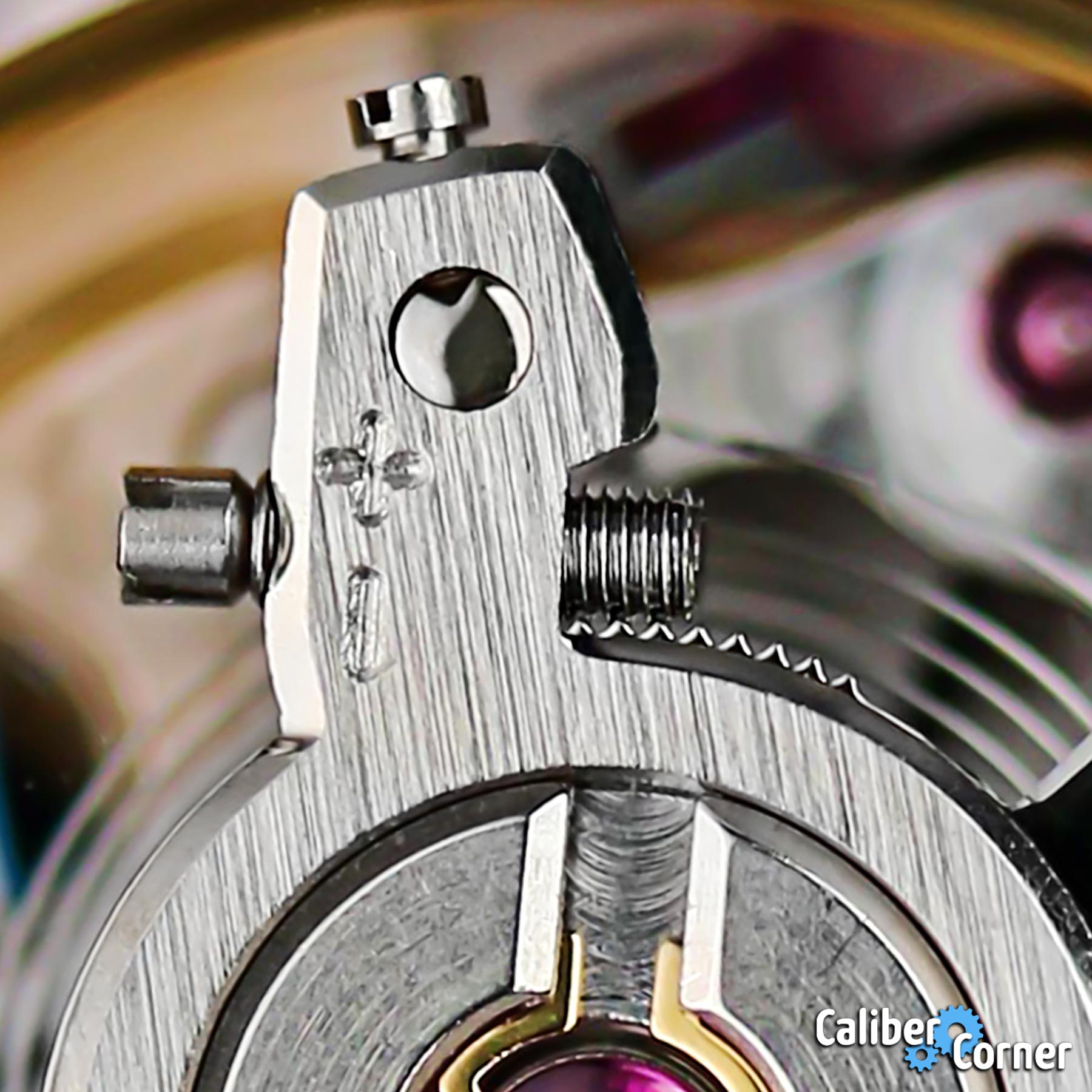 Notes on adjusting the Triovis:

Turning the screw adjusts the hairspring length, which has the result of speeding up or slowing down the speed of the balance wheel. Because of the tiny size of the screw and micro threads, full turns of the screw are not needed to make dramatic differences in timing. If you are only wanting to adjust the +/- timing of your watch, be careful not to move the stud arm (the arm sticking out with two circles), as doing so will adjust the beat error. Most watches will have markings indicating which direction to turn the screw for desired results.

You will want a timing machine to know if your adjustments are satisfactory.