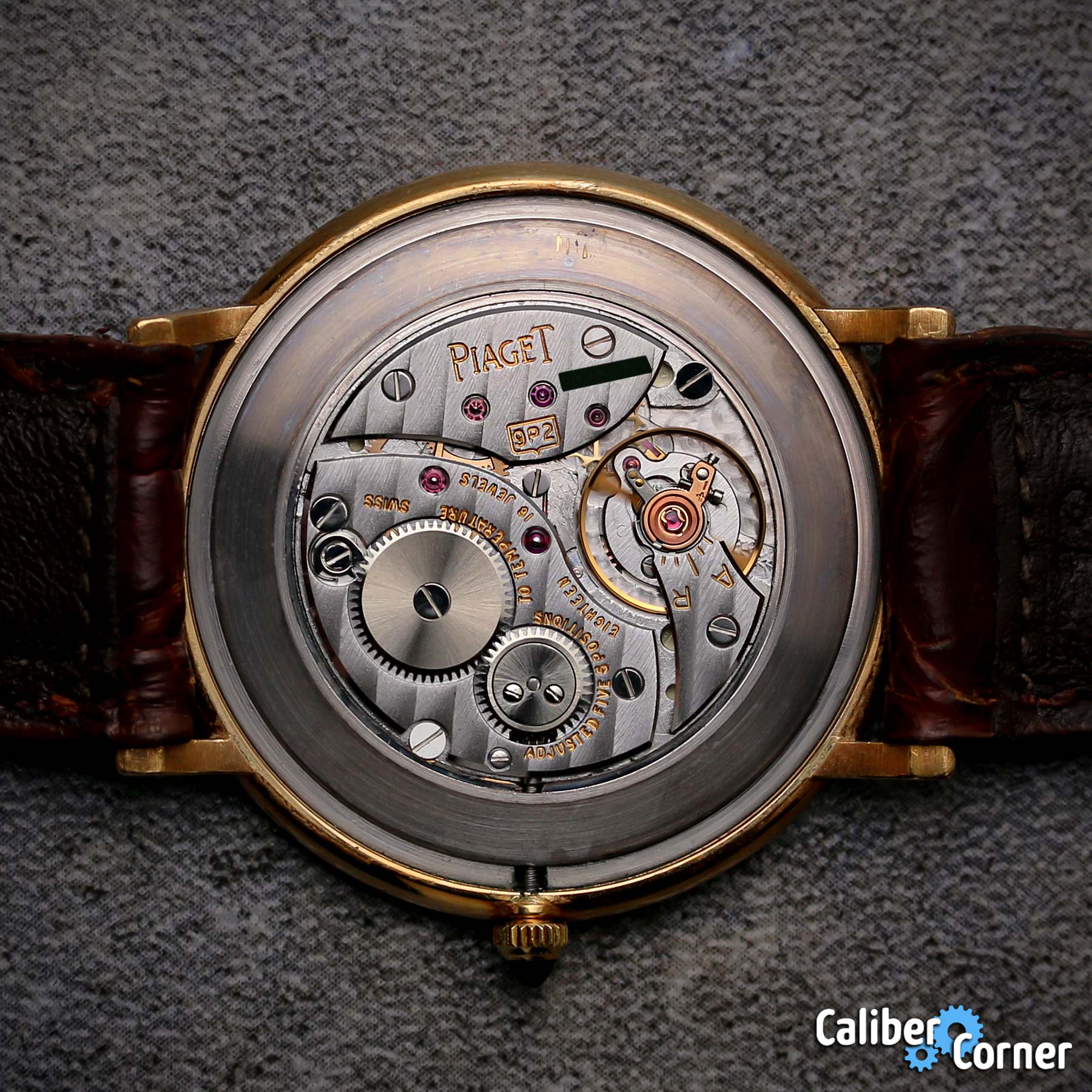 The Piaget caliber 9P2 is an ultra thin (aka extra-flat) handwound mechanical watch movement. Because of its smaller diameter of 9”’ (20.5mm) the 9P2 is found in a variety of both mens and ladies timepieces.

Piaget is headquartered in Geneva today. The brand refers to the 9P family as a “manufacture” movement, but also states that they are “one of the rare watch brands to design, develop and produce its own movements.”

There is a similar Piaget calibre 9P which is slightly thinner at 2mm vs 2.15mm. Despite it’s shorter height, it (the P1) has 3 more components with a total of 89 parts. According to MFT here, the extra 0.15mm thickness of the 9P2 was because “the balance spring is glued to the stud and the collet is a greiner-type that cannot be removed. There is also a micro-metric screw to adjust the rate.”

Interestingly, Piaget has an information section dedicated to the 9P, but no mention of the 9P2 on their site. Also, it appears that they reference watches as having the 9P, but not the 9P2. Almost is if they consider them to be one-in-the-same, even thought they are not. This means that it is possible for a watch collector to think they have a 9P in their watch, when in fact they have a 9P2. One way to know for sure is to open your watch! If you do, please take a pic and share it below.

Since 9P family of movements has been produced since 1957, replacement movements and watches for parts or repair can often be found listed on eBay or elsewhere. The prices vary based on condition, but at the time of this post prices were found between $169 (broken) and $500 USD. A balance bridge alone was listed for $287.50 USD, whereas a new mainspring was found as low as $29. It just depends on what you need.

Video of a 9P2 being assembled after service: