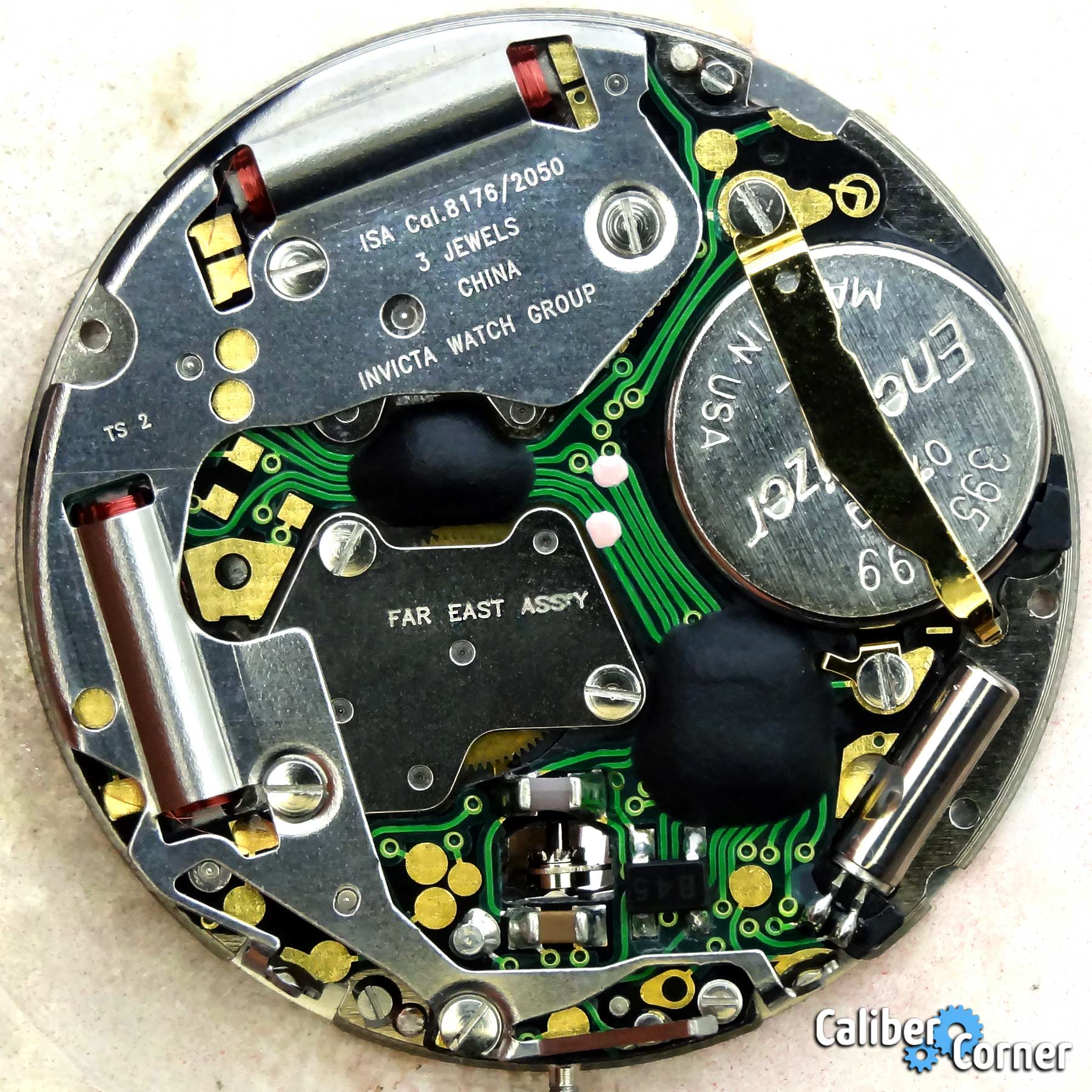 The ISA caliber 8176/2050 is a quartz movement with a small seconds subdial and a central 24 hour/GMT hand.

The movement shown here was found in an Invicta Russian Diver watch that says “Swiss” on the dial and caseback, however, the movement itself says China and Far East. ISA officially lists this movement as Swiss Made and Far East Assembly. This is ambiguous, and it’s unclear why they use the term “Far East” and not
China on their documentation.

At the time of this post, this movement was found at replacement prices of $24.95 USD.

2021 Nobel Prize then Top of the class, but still cannot manage anger, such a ...

9
Don’t let the ETA stamp fool you. This G10 quartz movement is total unserviceable welded ...
9
I wish more brands would use this movement. So far I can’t find any, even ...
6
I think that my Breitling Colt GMT has this movement. The GMT hand is out ...
5
Hi I’m looking for Movement Omega 1310 Quartz and find your page on the internet. ...
5
Are Fredrique Constant watches any good? I like the looks but I want to hear ...