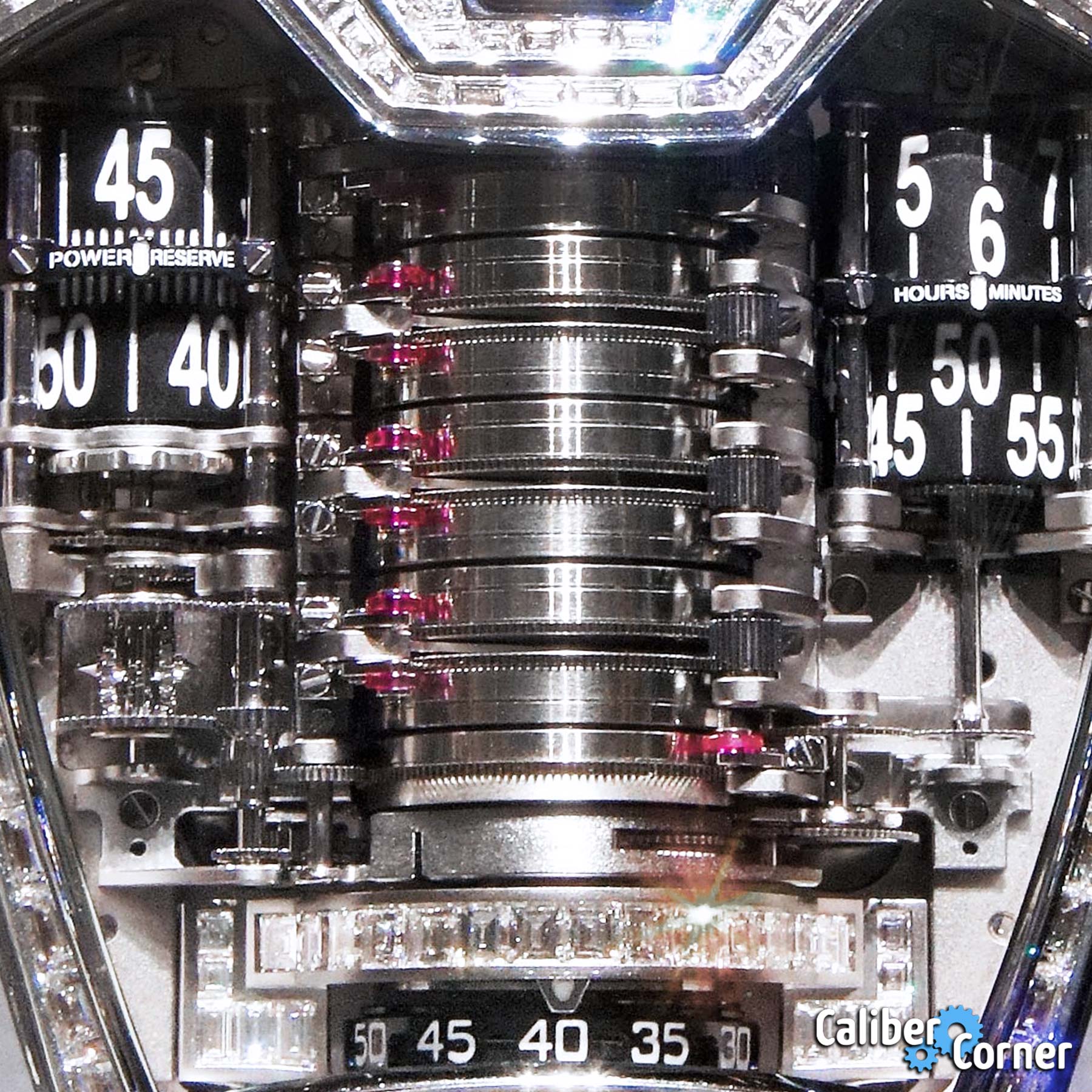 The Hublot caliber HUB9005 is an manual-wind tourbillon movement. It is an in-house caliber by Hublot for MP-05 model watches. This movement has a suspended vertical tourbillon and 11 series-coupled barrels. 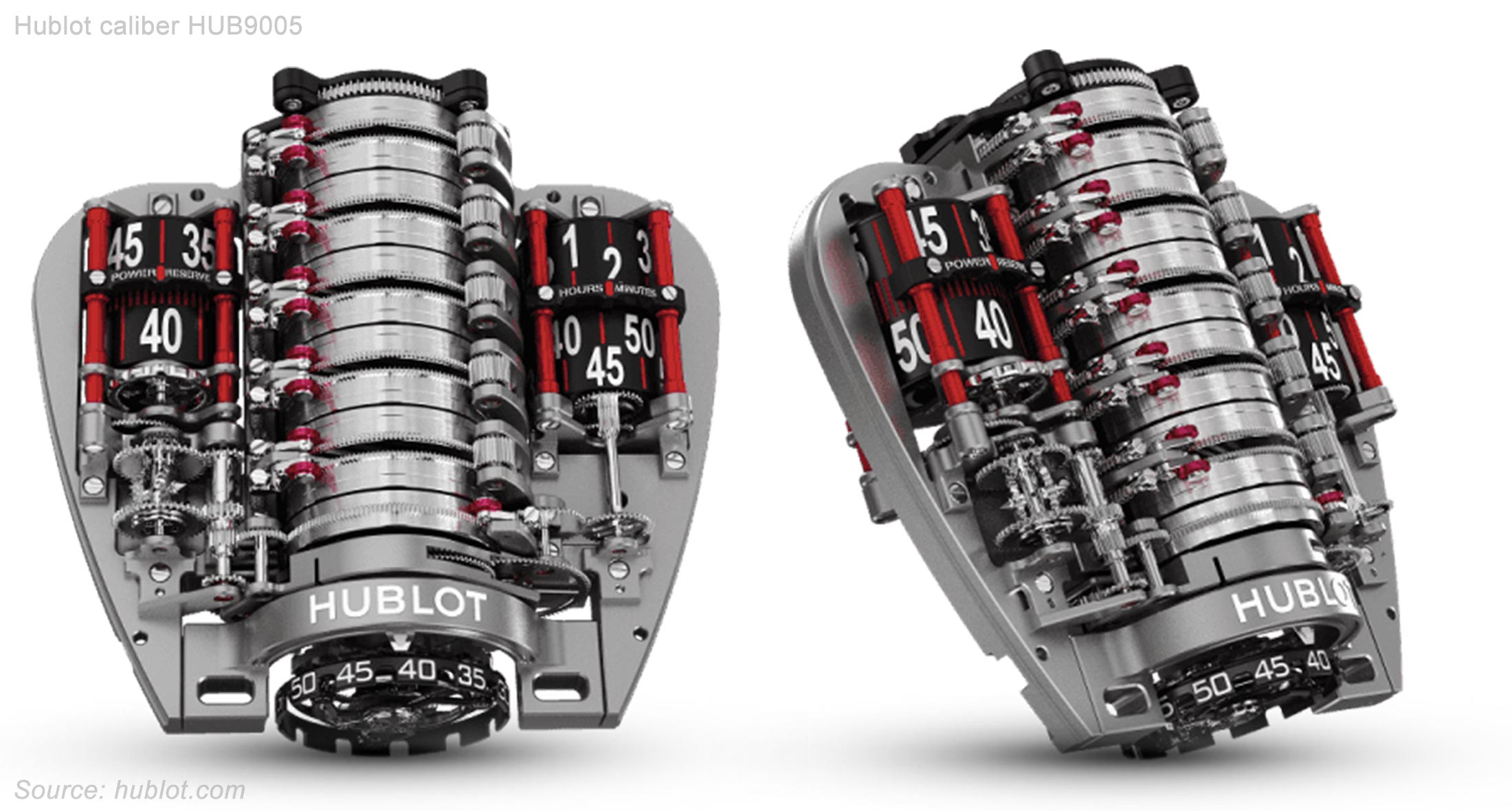 The HUB9005 movement features 11 barrels allowing for an extremely long 50 days power reserve. That equates to about 1,200 hours. This is a world record in horology. 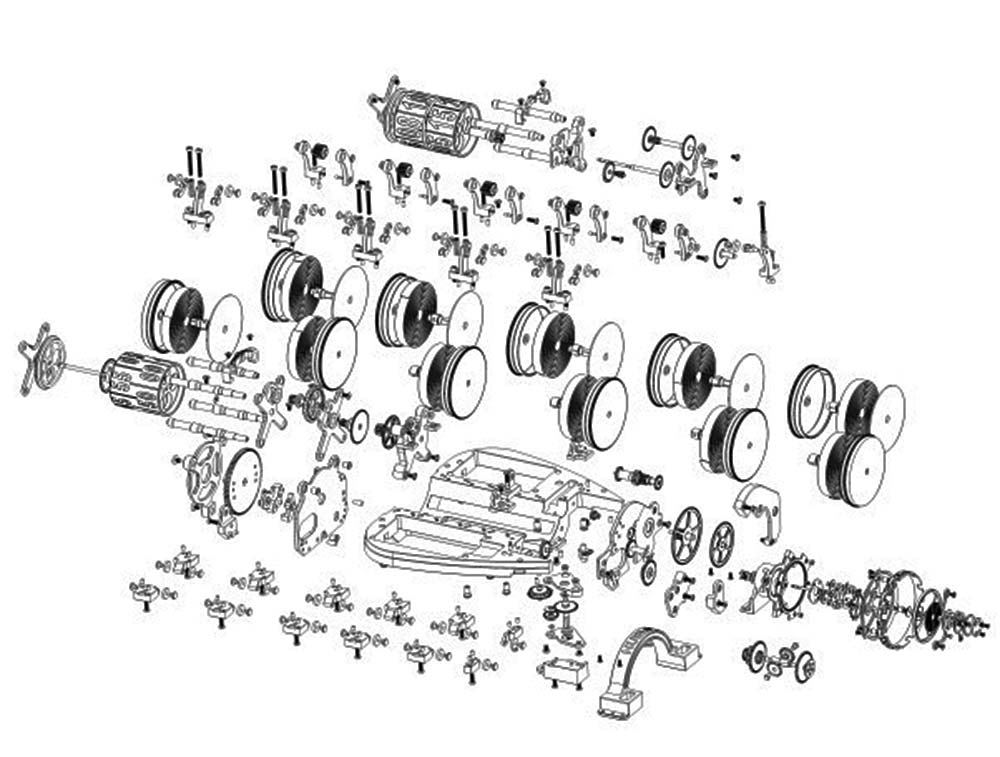 The base caliber number is HUB9005 but there are different versions based on variables such as color and the watch it is in. For example: 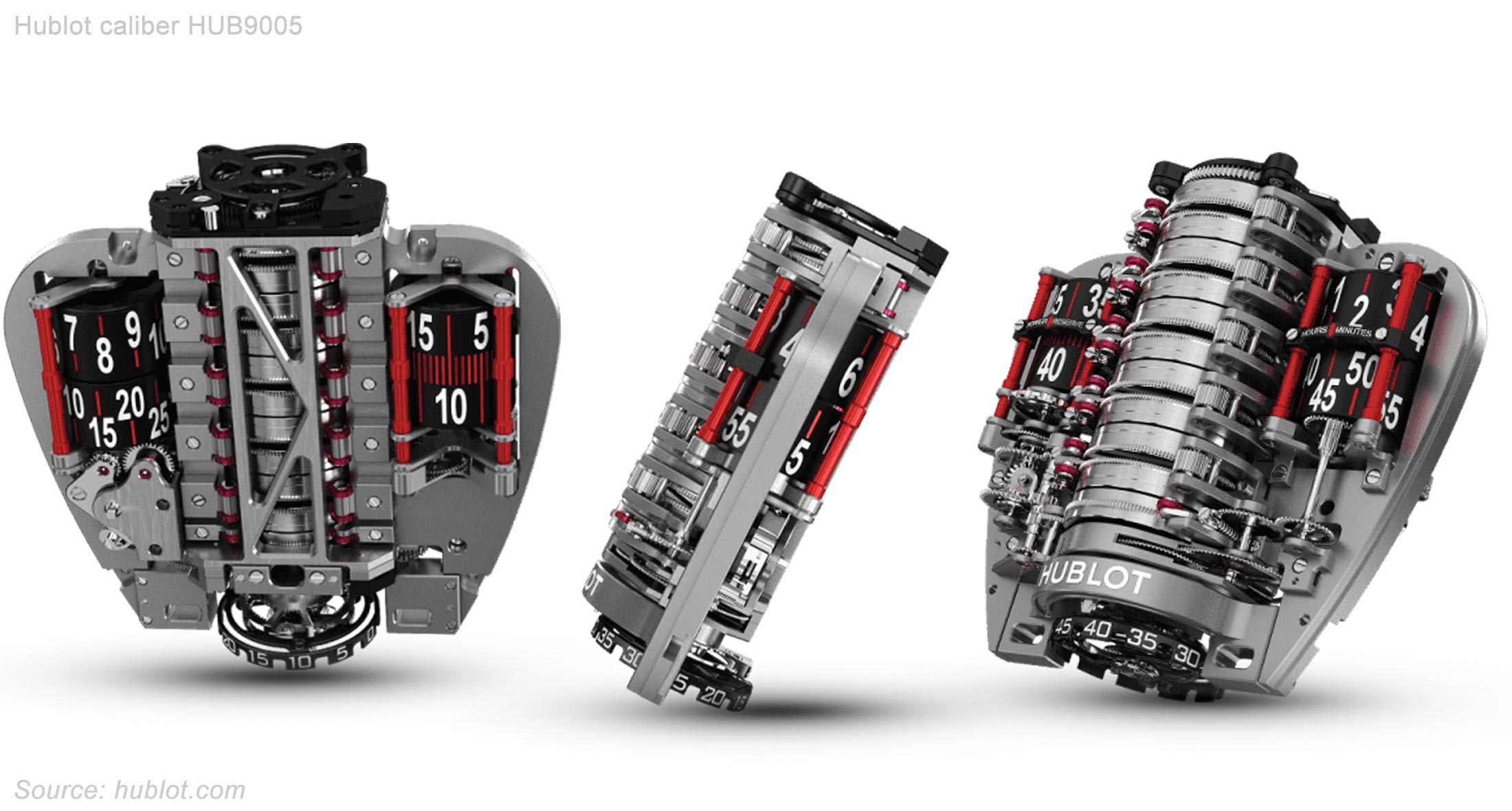 Hublot made a special winding tool for watches powered by the HUB9005 manual-wind movement. This tool was made to look like an impact gun for removing and installing car rims. This fits the theme of the MP-05 being a Ferrari watch. 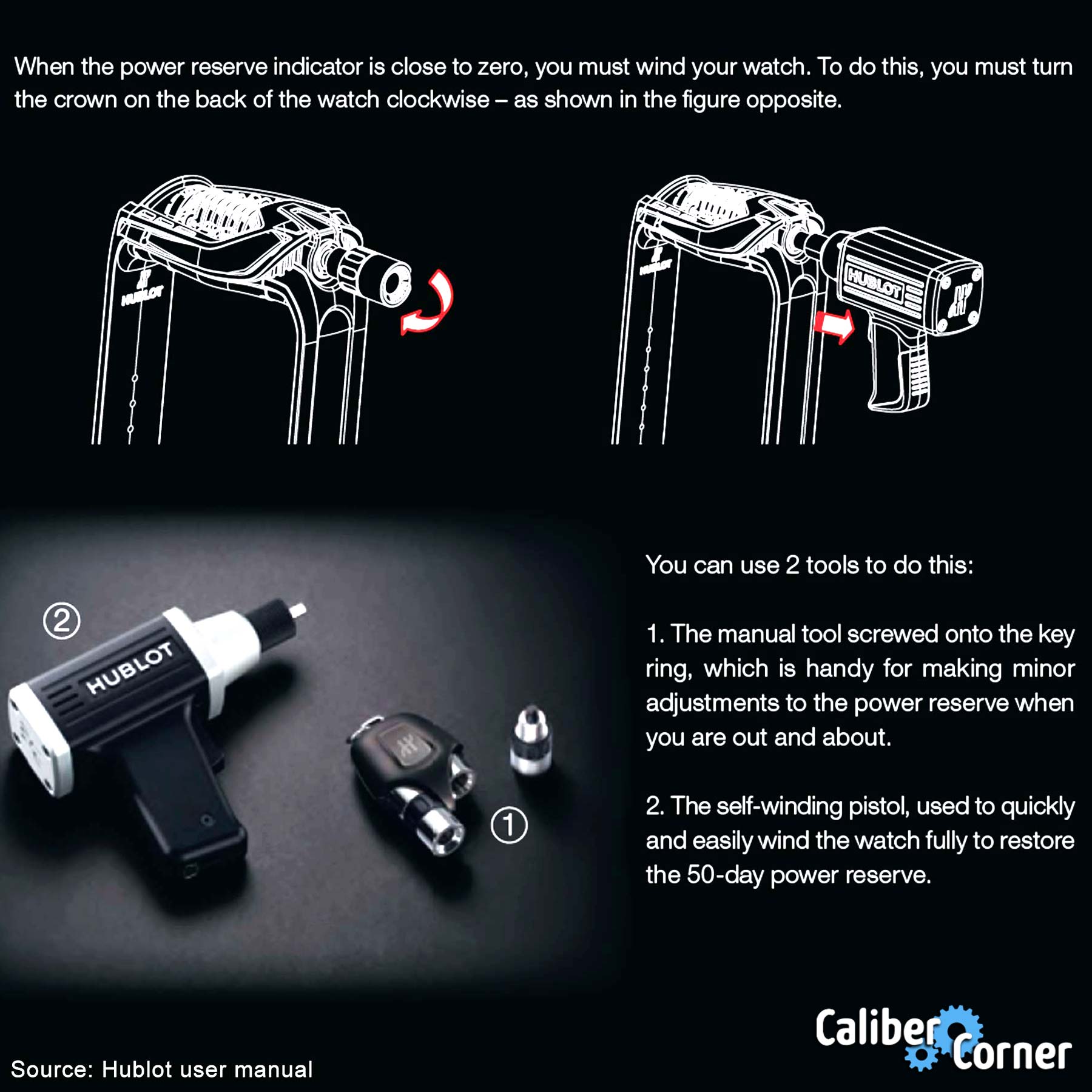 In Hublot’s Own Words:

“The movement itself was fully designed, developed and produced by the Hublot Manufacture engineers and watchmakers. A record-breaking technical feat. Its tourbillon boasts an impressive 50-day power reserve – thanks to its 11 series-coupled barrels set in a spine formation down the centre of the watch. Its movement broke the record for the highest number of components for a Hublot movement to date – 637 in all. Boasting a futuristic design, the construction showed off the bold shape of its movement, even in its original version.” –Hublot