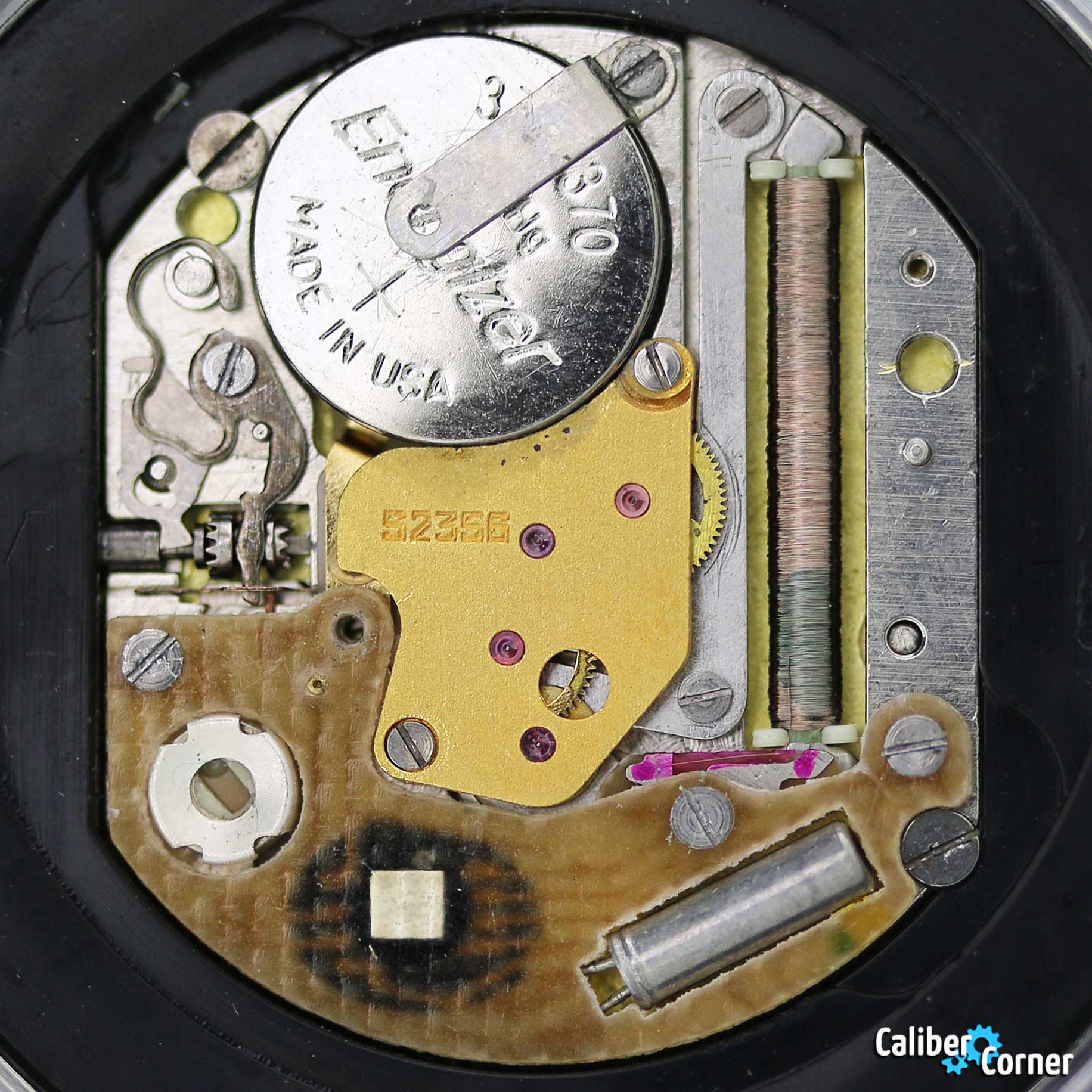 The Slava caliber 2356 was produced in Russia between the 1970’s and up until the 2000’s. This movement was found in a vintage Slava diver with a red star/hammer & sickle on the dial. The dial was stamped Made in USSR as well as the bracelet.

The Slava factory (known originally as the Second Moscow Watch Factory) was the second non-military watch maker established in the Soviet Union, in 1924. -Wikipedia

Supposedly the caliber 2356 was still produced until the 2000’s although this needs to be confirmed in the comments below. If you have one and it appears to be broken, be sure that all of the screws are in place. If one of more of the screws are not in place, the movement may not function.

In the 1990s a lot of Slava movements were exported in China and Hong Kong and can since be found in Chinese production. Some Russian businessmen used them to make fake Slava watches, protecting themselves by changing the logo for “Slava Sozvezdie” (Слава Созвездие) or CJIABA, even though it still presents trademark infringement. Since 2006 the Slava Sozvezdie watches appear in vast quantities, they contain no Russian content but often marked “Russia” on the dial, and are built as cheaply as possible. These watches have nothing to do with the Slava company and are distributed in Russia only through channels usually associated with fake brand watches. Distributors of such fakes declare that rights were bought for the brand, but the Slava brand wasn’t registered in China and anybody could produce it there. -Wikipedia

Many Russian watch newbs end up searching for “Craba” because that’s it looks like on the dial (Cлава). You might also find this page if you were searching for Chaika (Seagull) 2356, Luch 2356, Uglich 2356. This movement is stamped S2356. It looks like 52356 but the first character is an S for Slava. You may also find other variations with L2356 (Luch), maybe even with a day/date. Also found in Raketa models.

While Slava watches utilize their own Russian-made movements today, and for some models, bought-in movements from Miyota are used. –Wikipedia

You can find vintage watches with this movement for as low as $30, but don’t be surprised if the screws are chopped up and the movement ring is broken. If you take your time, and are willing to pay more, you should be able to find an example in excellent condition.

We found information that mentioned the caliber 2356 not having a button for removing the crown, which could suggest that you might remove the screw that secures the lever that is circled below. If you follow this method, you must careful to pay attention to how it is assembled for proper reassembly.

According to Michael in the comments below, there is another (albeit safer) method of removing the stem:

The stem is removed by simply sliding the set lever (bottom lever in photo #3) to the side. You may have to pull the crown out to the setting position first, I can’t remember. I would not advise removing the screw securing the clutch lever to remove the stem…

It is advisable to try Michael’s method before removing the clutch lever screw.

This listing needs pics of a better/more complete example. Of you have some originals to spare, please post them in the comments below. Thank you.